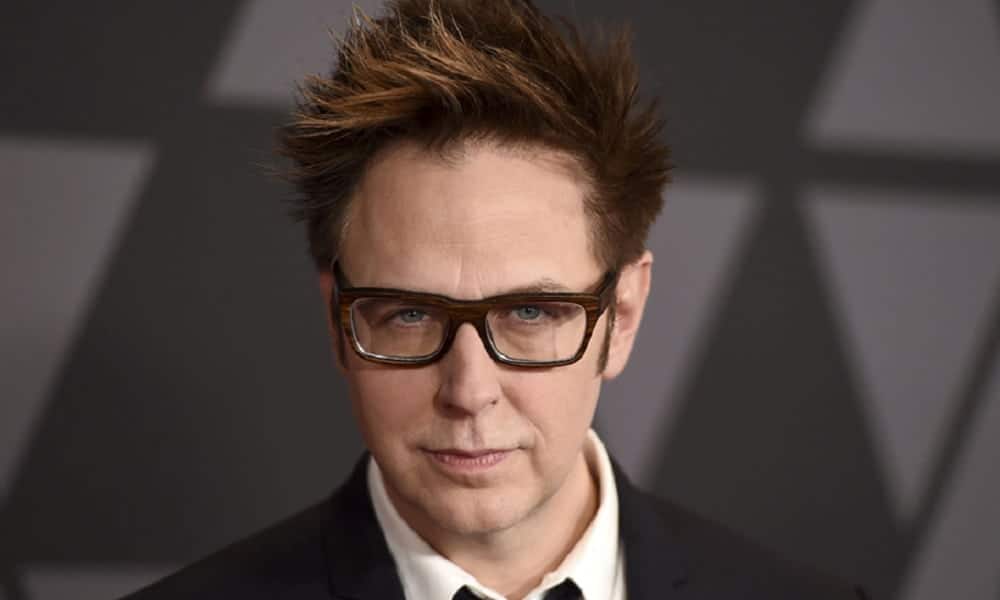 Guardians of the Galaxy director James Gunn was fired by Disney after a number of tweets about rape and pedophilia were uncovered by internet sleuths.

Disney severed ties with James Gunn and pulled the plug on Guardians of the Galaxy 3 when some of his (now deleted) social media posts were uncovered by Michael Cernovich and other sources.

Posted between 2008 and 2012, the tweets often joked about abusing children. Here are some examples (Warning: Disturbing content): 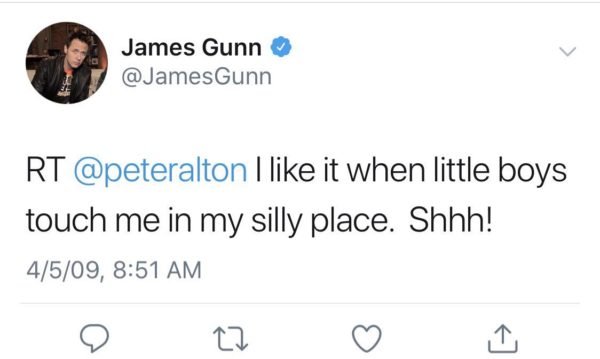 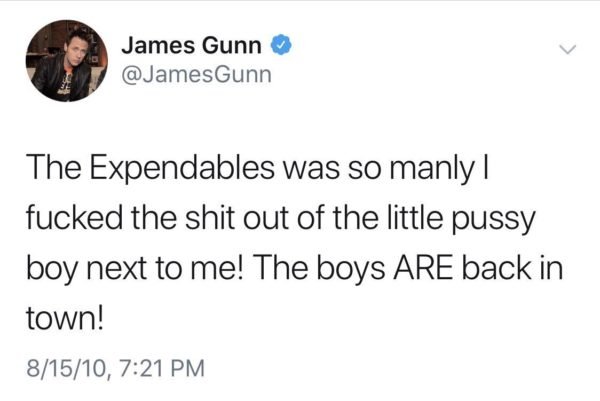 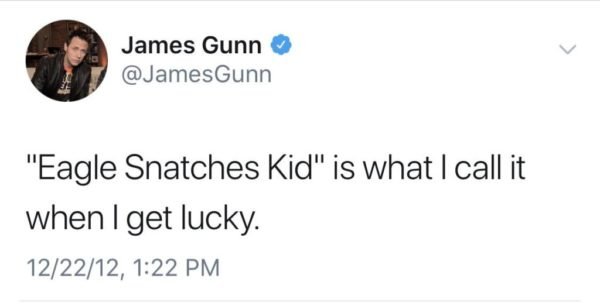 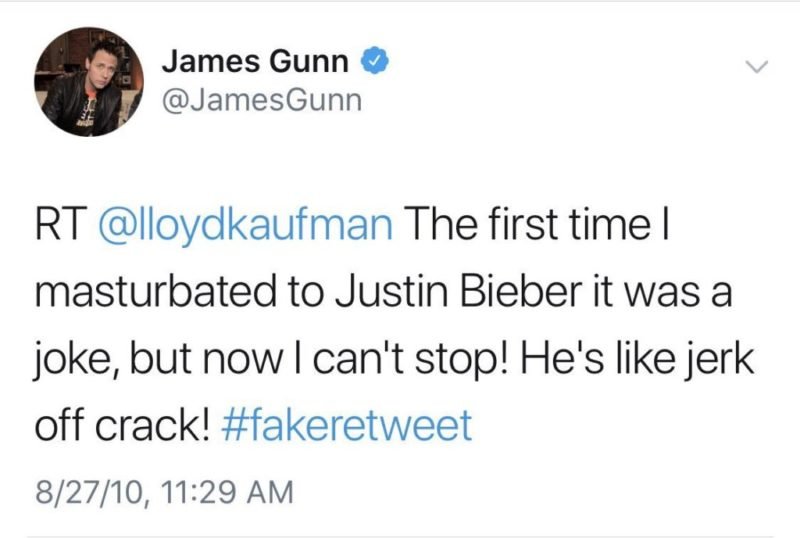 Justin Bieber was a minor when this tweet was posted. 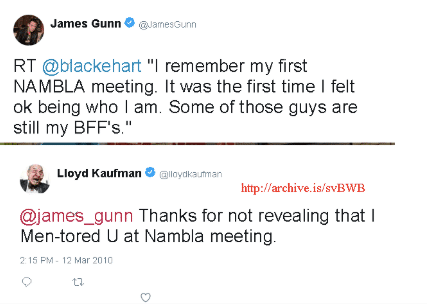 The previous tweet linked to James Gunn’s blog, which was deleted since then. There was some disturbing content on there.

One of the blog posts linked a video called “Pubescent Girls Touch Themselves”. His response is telling. 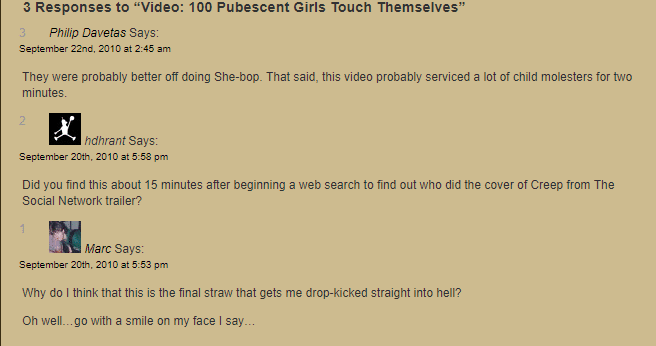 The video was sent to Gunn by Huston Huddleston – a movie director who pleaded guilty for … guess what. His Wikipedia entry states:

Huston was arrested on April 24, 2018 and charged with child pornography and other crimes, including contacting a minor with intent to commit a felony. He was held at the Pitchess Detention Center North Facility on $750,000 bail and pleaded not guilty on May 22, 2018. His court date was June 12, 2018. On June 21, Huddleston pled guilty to one misdemeanor charge of possessing child pornography and has been added to the sex offender registry.

The uncovering of this disturbing content caused some uproar online which lead to Disney cut ties with James Gunn. Alan Horn, Chairman of The Walt Disney Studios, announced Gunn’s firing in a statement:

“The offensive attitudes and statements discovered on James’ Twitter feed are indefensible and inconsistent with our studio’s values, and we have severed our business relationship with him”.

James Gunn responded with a series of apologetic tweets. 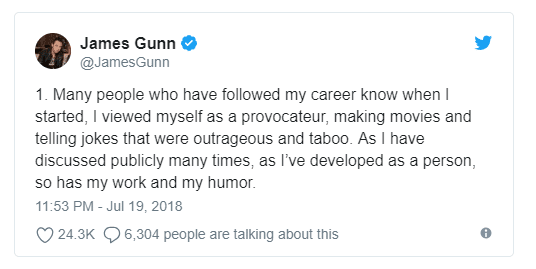 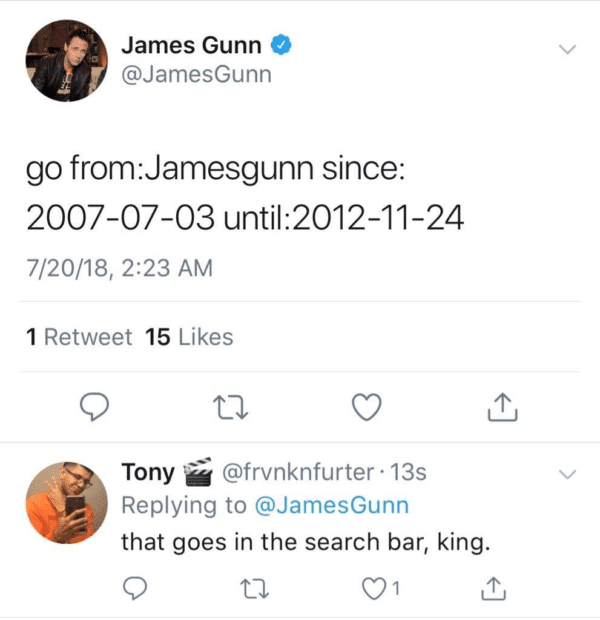 When Roseanne Barr got fired for racist tweets from ABC (which is also owned by Disney) , James Gunn tweeted this. Very ironic. 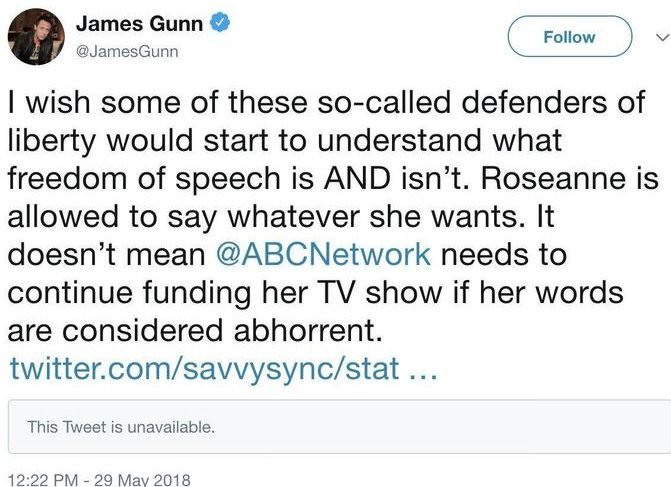 Most media sources framed the story as a “Liberal vs Conservative” issue and some Hollywood people came out of the woodworks to support Gunn. Here are some headlines popping up across mass media.

A headline from CNN.

A headline from Vulture.

A headline from Screenrant.

There is also an online petition circulating around to re-hire James Gunn. At the time of writing these lines, the petition contains over 200K signatures. 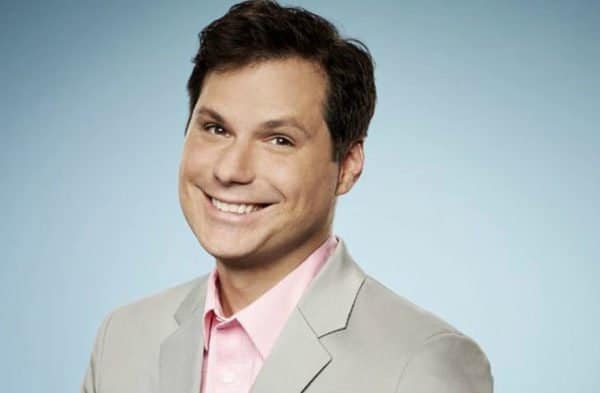 On July 21st, tweets posted by actor Michael Ian Black were uncovered by Cernovich. Here are some of them.

Oddly enough, Black also writes children’s book. Here’s the cover of one of them. 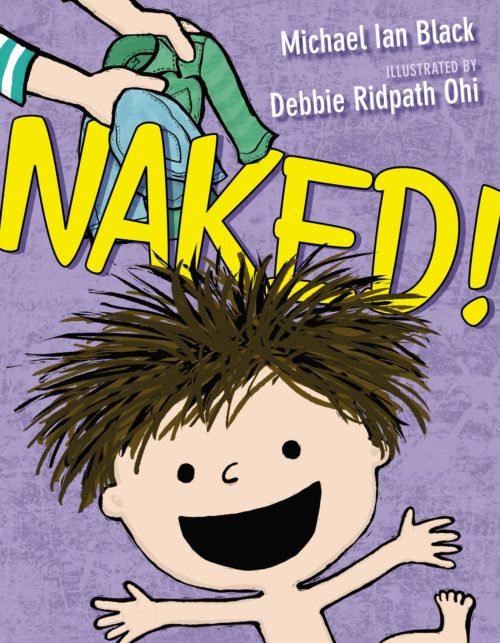 Both James Gunn and Michael Ian Black claimed that their tweets were attempts at dark comedy. In what kind of weird, out-of-touch bubble do these people live where joking about raping a baby is considered funny? Why is this kind of stuff so normalized in these Hollywood circles?

I don’t know about you guys, but here’s what would happen if someone dropped this kind of joke in a social context around my way: 1) A record would scratch loudly 2) Five seconds of complete silence 3) Someone says “What the F did you just say” 4) Fists start to clench.

Abusing innocent children – and destroying their entire lives in the process – is one of the vilest, most depraved and evilest thing a human could ever do. It is the furthest thing from being “funny” and, to most decent people, simply hearing about the subject is enough to ruin their day.

For years, industry insiders have been claiming that Hollywood is rampant with pedophilia. The documentary An Open Secret explained how “important men” in Hollywood use their position of power to abuse children, and lots of movie directors are involved. So, while mass media is going in a pointless “Liberal vs Conservative” frenzy, here’s my suggestion: Police investigation. Now.

FacebookTwitterSubscribe
Related Topics:hollywood
Up Next