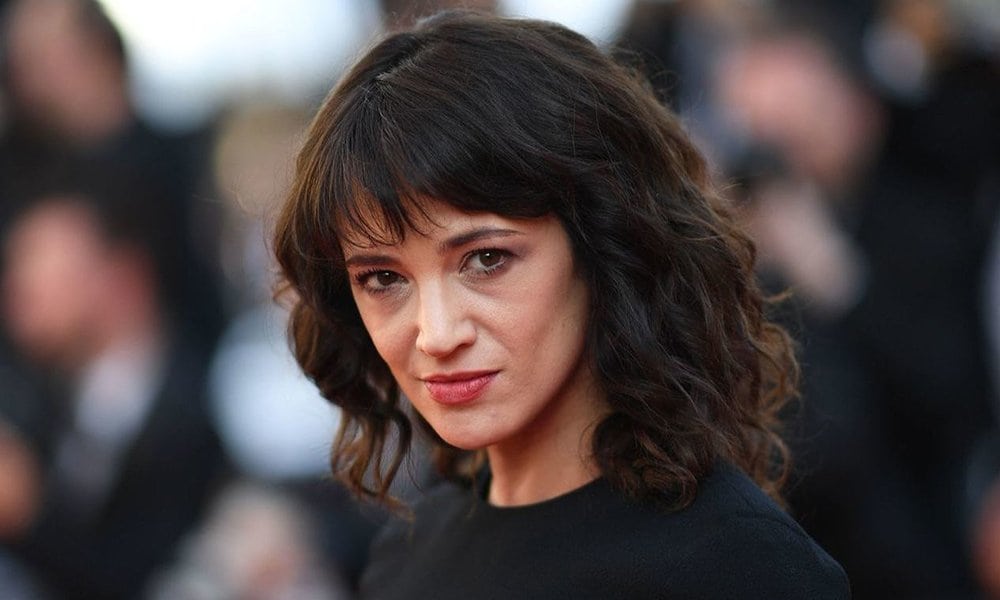 Asia Argento, a figurehead of the #MeToo movement and the ex-girlfriend of Anthony Bourdain was reportedly been accused of sexual assault on a minor. This is not surprising at all.

Legal documents revealed that Asia Argento paid former co-star and child actor Jimmy Bennett $380,000 after he accused the actress of sexual assault. The events happened in 2013, in a hotel room at the Ritz-Carlton in Marina del Rey. At this time, Jimmy Bennett was two months past his 17th birthday and Asia Argento was 37 years old. Since the age of consent in California is 18 years old, the assault qualifies as statutory rape.

Legal documents obtained by the New York Times state that the 2013 encounter was “a betrayal that precipitated a spiral of emotional problems”.

The fallout from “a sexual battery” was so traumatic that it hindered Mr. Bennett’s work and income and threatened his mental health, according to a notice of intent to sue that his lawyer sent in November to Richard Hofstetter, Mr. Bourdain’s longtime lawyer, who was also representing Ms. Argento at the time.
– NY Times, Asia Argento, a #MeToo Leader, Made a Deal With Her Own Accuser

Ms. Argento asked the family member to leave so she could be alone with the actor. She gave him alcohol to drink and showed him a series of notes she had written to him on hotel stationery. Then she kissed him, pushed him back on the bed, removed his pants and performed oral sex. She climbed on top of him and the two had intercourse, the document says. She then asked him to take a number of photos.
– Ibid. 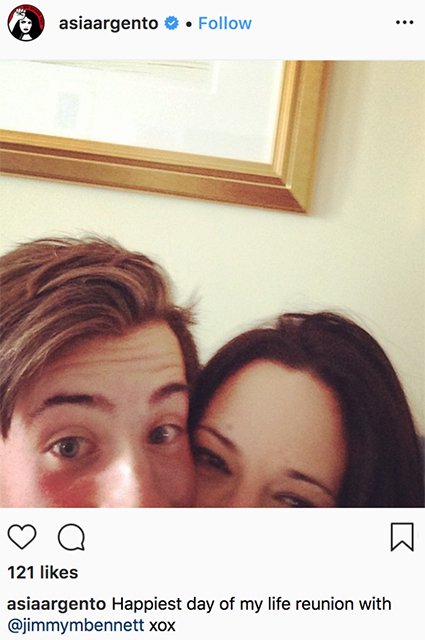 As he was driven home to his parent’s house, Bennett began to feel “extremely confused, mortified, and disgusted.”

Legal documents state that Argento, who is divorced and has two children, was both a mentor and a mother figure to Jimmy Bennett. His lawyer Gordon K. Sattro wrote:

“Jimmy’s impression of this situation was that a mother-son relationship had blossomed from their experience on set together”.

Social media exchanges between the two show that they refer to each other as “mother and son”. 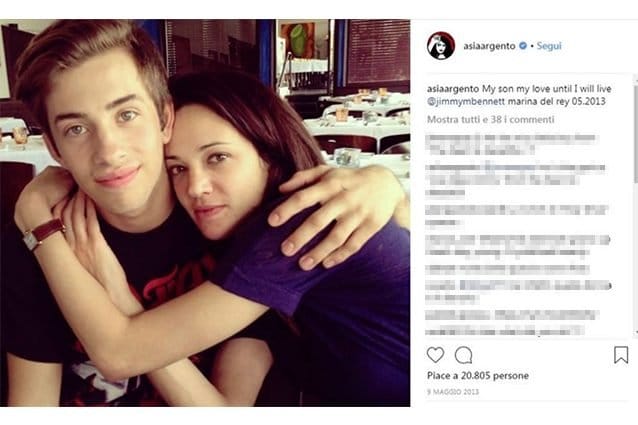 In this Instagram post, which was taken right after the assault, Argento refers to Bennett as “my son”.

The Heart Is Deceitful Above All Things

Bennett first met “his mother” in 2004 – at the age of 7 – when he was cast in the movie The Heart Is Deceitful Above All Things. In the Argento-directed movie, Bennett played the role of the son of a drug-addicted prostitute (played by Asia Argento). The son was a victim of neglect and who was even raped by her boyfriend.

The movie also featured child actors Cole and Dylan Sprouse who played the role of Asia’s son at age 11. 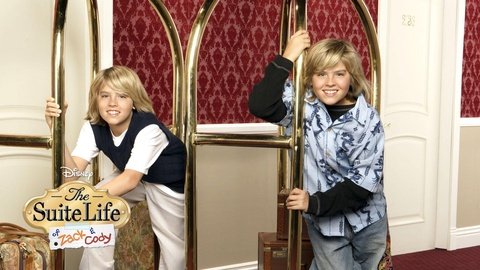 Cole and Dylan Sprouse are best known as the stars of the Disney series Zack and Cody.

Here’s a sum up of the what happens to the Sprouse’s character. Prepare to be horrified.

Sarah realizes that if she is going to keep her men she cannot say Jeremiah is her son. She persuades Jeremiah to cross dress so he can act as her “little sister”, and Jeremiah’s cross-dressing evolves to include his mother’s seduction techniques. After dressing up as a “baby doll” version of Sarah which consisted of her makeup, her white nightgown and her red high heel pumps, Jeremiah seduces Jackson (Marilyn Manson), his mother’s latest man, who initially tries to rebuff the boy’s advances, but then gives in. Sarah is furious with Jackson for giving in to the boy’s advances and with Jeremiah for ruining her panties with drops of blood on them, and she takes Jeremiah and leaves. 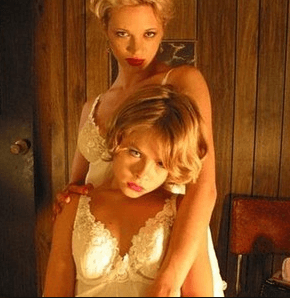 Dylan Sprouse dressed as a mini-prostitute in The Heart is Deceitful Above All Things. 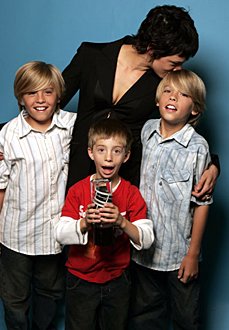 Asia with the kids who played the role of Jeremiah. 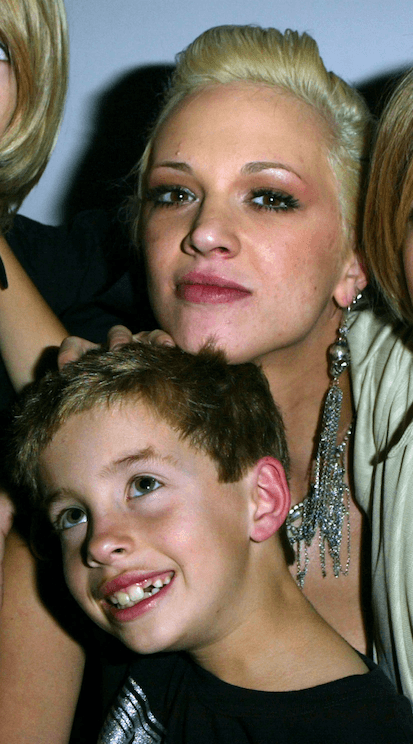 Argento and Bennett at age 7.

In my article The Occult World of Asia Argento, I highlighted the actress’ clear connections with the occult elite and satanism. I also included bizarre pictures involving her children. 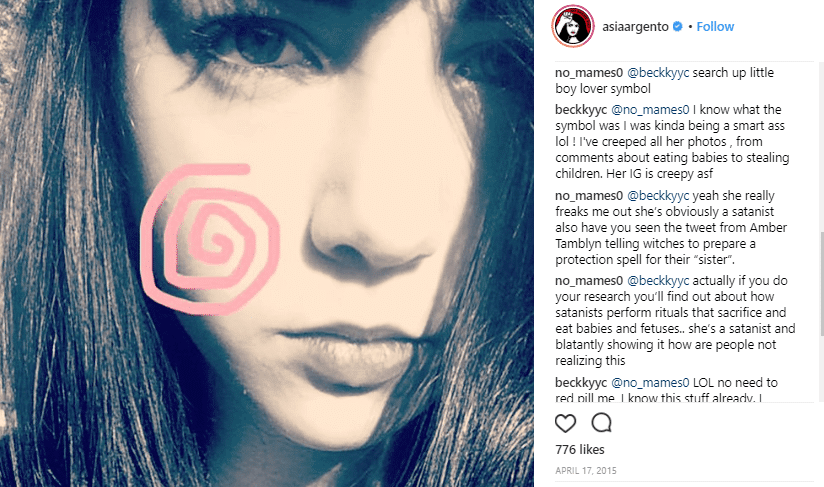 Asia posted on Instagram a picture of her daughter and a spiral. 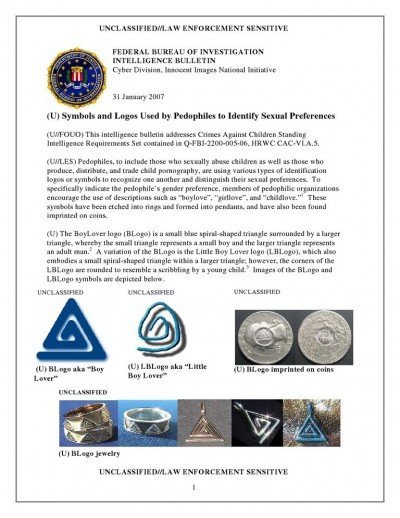 The spiral is strikingly similar to a symbol used to identify pedophiles, as seen in the FBI file. 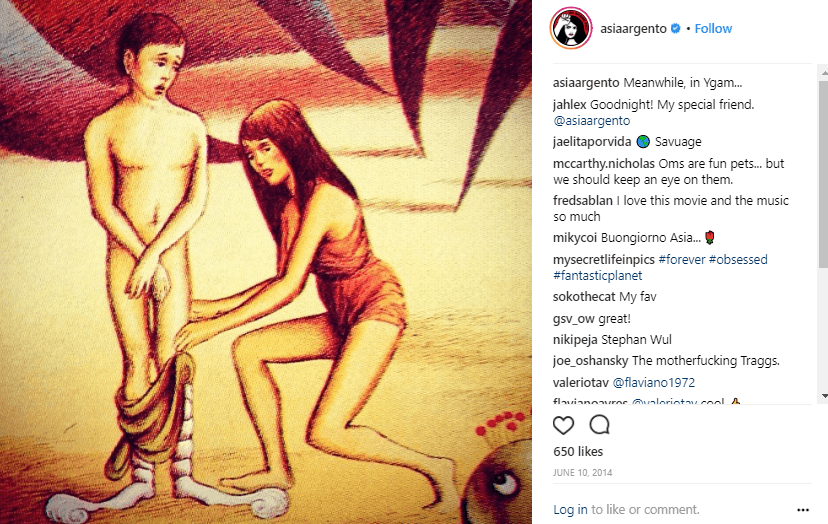 Asia also posted this image on Instagram. In the original article, I asked why she would post this specific image. In the light of the recent accusations, we know why.

Asia Argento grew up in the sick world of the occult elite. She fully assimilated its satanic philosophy and its strong tendency to prey on and abuse children. The accusations of Jimmy Bennett are probably only the tip of the iceberg. It is time for a thorough police investigation on Asia Argento and her entire entourage.

The Many Things That Were Wrong With Aretha Franklin’s Funeral