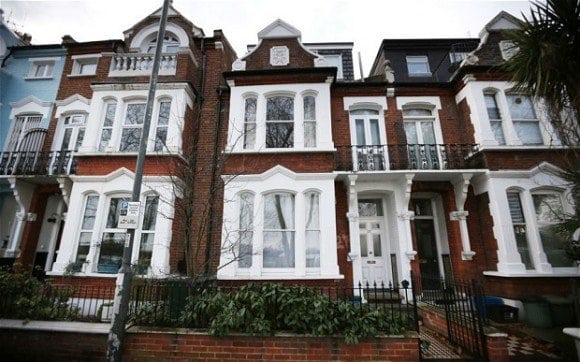 An alleged victim of a high level sex ring claims that a Conservative MP killed a young boy during a depraved sex party that was attended by the rich and powerful of England in the 1980’s.

The site of the former Elm House Guest House in Barnes, where abuse is alleged to have taken place

The recent scandals emanating from Great Britain involving high level politicians, businessmen and celebrities (see Jimmy Savile) provide us a glimpse of the dark, twisted world of the occult elite. One of their favorite kinks : Preying innocent children, violating them in horrific ways and feeding on their youth as if it was a source of life force. These crimes are not the product of a few deviant individuals, they are the result of a high level and highly institutionalized group that was dubbed by the Westminster paedophile ring.

An alleged victim of the Westminster ring, who is now over 40 years old, has recently came forward claiming to have been one of 15 boys who were abused at the hands of the powerful network. According to The Telegraph:

A Conservative MP murdered a young boy during a depraved sex party in the 1980s, an alleged victim of the Westminster paedophile scandal has claimed.

The 12-year-old boy, who was being abused by a group of men, was strangled by the politician at a luxury townhouse in front of other victims, it has been alleged.

On another occasion, the victim claims a young boy, who was around ten-years-old, was deliberately run down and killed by a car being driven by one of his abusers.

The alleged murders are among three that are now being investigated by the Metropolitan Police as part of a major probe into claims that a powerful ring with links to Westminster was operating in Britain in the 1970s and 1980s.

He claims after being handed to the group by his father, he was regularly picked up in cars and taken to hotels and apartments, where he was physically and sexually abused by “senior military and political” figures.

Some of the abuse allegedly took place at flats in the Dolphin Square development in Pimlico, where a number of politicians have London homes.

The man, who has spoken at length to Scotland Yard detectives, said he had witnessed two murders of abuse victims by members of the group.

He told the Sunday People that he had been in the same room as a 12-year-old boy, when a Tory MP throttled him to death.

The murder was allegedly witnessed by another abuse victim who was in the room at the same time.

He said: “I watched while that happened. I am not sure how I got out of that. Whether I will ever know why I survived, I am not sure.”

On another occasion he claims a member of the gang deliberately ran over one of the victims, in what he described as an effort to demonstrate their power.

The situation lived by these young victims is akin to mind control slaves. According to the accuser :

“They were very powerful people and they controlled my life for the next nine years. They created fear that penetrated every part of me, day in day out. You didn’t question what they wanted, you did as they asked without question and the punishments were very severe.”

“They had no hesitation in doing what they wanted to do,” Nick said. “Some of them were quite open about who they were. They had no fear at all of being caught, it didn’t cross their mind.”
– The Telegraph, Westminster ring investigated over murder links

As you can see, these claims bear all of the hallmarks of the occult elite. Young children given up by their parents to high powered circles; Repeated and ritualistic abuse; Gratuitous murders that could be blood sacrifices. And this is only the tip of the iceberg.

Will Scotland Yard arrest and punish these criminals? Considering the fact that the authorities are basically “in on it” (they covered up these stories for decades), I wouldn’t count on it.