Although Miley Cyrus is a veteran at pushing unsound garbage to the masses, BB Talk reaches a new low by outright celebrating child abuse. This video truly embodies everything that is wrong with the entertainment industry.

The story of Miley Cyrus is rather sad and, unfortunately, it keeps getting sadder. Recruited by Disney at a very young age, she quickly became another case of a child star turned to an oversexualized minor. For her post-Disney career, a brand new persona was created: A wild, short-haired, drugged up freak and industry slave who is 100% geared towards pushing the occult elite’s ugly agenda (as documented by my previous articles about her). As the figurehead of the Beta Kitten system, Miley has little to no control over her career and is constantly placed in degrading situations and made to act out all of the perversions of the occult elite.

BB Talk is yet another attack on basic human decency as it clearly celebrates, normalizes and trivializes the sexualization of children. The entire context of this song is nothing less than a child abuser’s ultimate fantasy. Watching the video is simply revolting (you really don’t need to watch it) – especially when one considers Miley’s “industry” upbringing.

The premise of the song is that Miley Cyrus doesn’t like her boyfriend (or whatever) baby-talking to her because she finds it annoying. That is fair complaint. However, in the video, she plays the role of a baby, which gives the song a creepy new dimension. We’re basically seeing a baby telling a man:

F*ck me so you stop baby talking

The video then assaults the viewers with images that makes one’s mind feel violated and unclean. 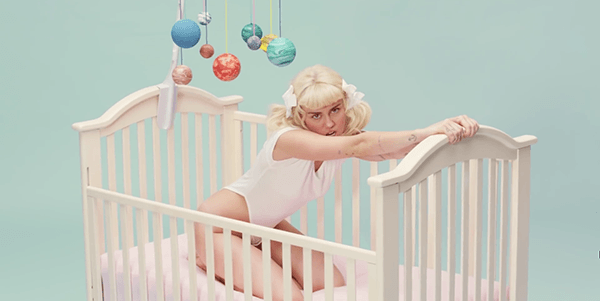 Miley inside a crib dressed provocatively and doing provocative gestures. 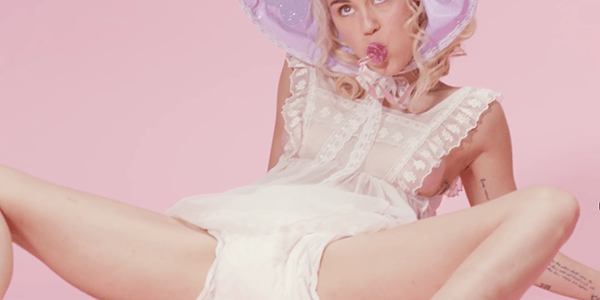 Diapers and pacifier combined with spread legs: Associating the innocence of babies with lust.

Turning a giant milk bottle into a phallic object. 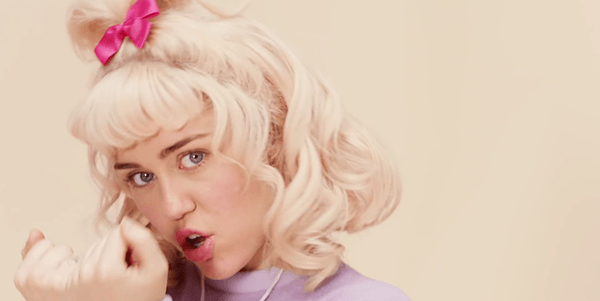 Singing “F*ck me” while doing the corresponding gesture…while wearing a onesie. 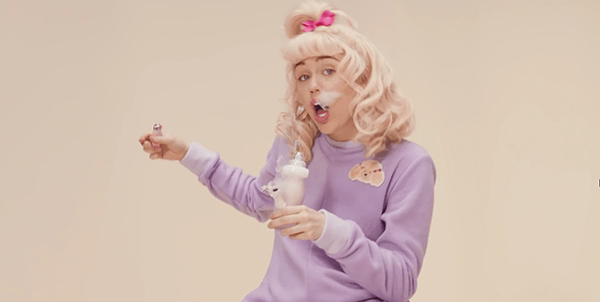 The baby is smoking drugs – the kind of stuff a child abuser would think of.

Turning a baby crawling into a weird perverse experience that “they” apparently want us to witness.

As you can see, this video irritates me because it has no redeeming quality and doesn’t even attempt to hide its intentions behind a fake premise. It is about turning the innocence of children into lust. Knowing that pedophilia is rampant in the entertainment industry, and that child stars like Miley are routinely abused, this video celebrates the occult elite’s sick (and accepted) mind state. Miley Cyrus, a figurehead of Beta Kitten programming, is made to act out this gross display. Through her, the shady people in the industry are telling us: “Look at what we like to do and look at what we are doing to her”.

FacebookTwitterSubscribe
Related Topics:miley cyrus
Up Next

The Occult Universe of David Bowie and the Meaning of “Blackstar”