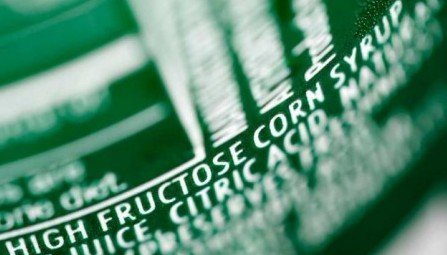 In the series of articles entitled Dumbing Down Society, I described the many negative effects of High Fructose Corn Syrup (HFCS) on general health. This high-powered sweetener is found in a great number of sugary processed foods such as jams, soft drinks and pre-packaged baked goods. It is also found in other products that are no so sugary such as  soups, breads, pasta sauces, cereals, frozen entrees, meat products, salad dressings and condiments. Research links HFCS to increasing rates of obesity and diabetes in North America, especially among children. Fructose converts to fat more than any other sugar. And being a liquid, it passes much more quickly into the blood stream.

A recent study now claims that HFCS not only makes you fat, it also makes you dumb(er). According to a team from University of California, the sweetener actually disrupts basic brain functions. Fortunately, these negative effects can be reduced with the consumption Omega-3s, a fatty acid that was discussed in the article Dumbing-Down Society Part 3: How to Reverse its Effects. Here’s an article about the study on HFCS.

Does sugar make you stupid? Study suggests it sabotages learning and memory

Too much sugar could be making you stupid, according to researchers.

The suggestion follows tests in the laboratory comparing high-fructose corn syrup, which is six times sweeter than cane sugar and a common ingredient in processed foods, with omega-3 fatty acids, known to aid memory and learning.

In an experiment on rats, one group had a sugary diet for six weeks and another was fed healthily.

At the start of the study, published in the Journal of Physiology, the  University of California team tested how well the rats navigated a maze – placing landmarks to help them learn the way.

Six weeks later, the researchers tested the rats’ ability to recall the route.

Study co-author Professor Fernando Gomez-Pinilla said the rats fed just a sugary diet were slower and their brains had declined.

He said: ‘Eating a high-fructose diet over the long term alters your brain’s ability to learn and remember information.

However, the good news is that eating nuts and fish such as salmon can counteract this disruption.

‘Our findings illustrate that what you eat affects how you think,’ said Prof Gomez-Pinilla. ‘Adding omega-3 fatty acids to your meals can help minimise the damage.’

While earlier research has revealed how fructose harms the body through its role in diabetes, obesity and fatty liver, this study is the first to uncover how the sweetener influences the brain.

The researchers were studying the impact of high-fructose corn syrup on rats, who have similar brain chemistry to humans.
The inexpensive liquid is six times sweeter than cane sugar and is commonly added to processed foods such as soft drinks.

‘We’re concerned about high-fructose corn syrup that is added to manufactured food products as a sweetener and preservative.’

Prof Gomez-Pinilla and co-author Rahul Agrawal found the brain’s of the rats that each consumed a fructose solution as drinking water for six weeks had changed.

A closer look at the rats’ brain tissue suggested that insulin had lost much of its power to influence the brain cells.

The authors suspect that eating too much fructose could block insulin’s ability to regulate how cells use and store sugar for the energy required for processing thoughts and emotions.

However, their study also suggests that eating foods rich in omega-3 regularly could protect the brain from the effects of fructose.

Prof Gomez-Pinilla said: ‘It’s like saving money in the bank. You want to build a reserve for your brain to tap when it requires extra fuel to fight off future diseases.’
– Source: Daily Mail