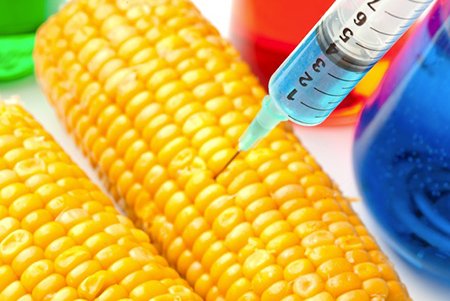 HR 933 continuing resolution is a bill mainly about government spending. However, hidden inside its hundreds of pages is Section 735 – a provision is now dubbed the the “Monsanto Protection Act”. This law, which was recently signed and approved by Obama, sets dangerous precedents regarding the power of elite corporations over the Government and the general well-being of American citizens.  According to Natural Society:

“The passing of this bill into law means that Monsanto is now immune from federal courts regarding any suspension or action on their crops that have been deemed to be dangerous to the people (or the environment).

This means crops that were approved and later found to damage the environment or the public will be immune from United States government action. Theoretically, one million studies could find that Monsanto’s latest creation was causing a massive cancer wave and under this law Monsanto could continue to peddle the crop to the public. The federal courts would (or will) be helpless to stop Monsanto, effectively giving Monsanto power over the entire branch of the United States government.”
– Natural Society, Surprised? Monsanto Openly Wrote Own Monsanto Protection Act

In short, the bill places Monsanto above the law, barring federal courts from halting the sale and planting of GMO seeds, regardless if the crops are later found to be toxic. Why would such a bill exist? If you read my series of articles named Dumbing-Down Society, you probably know why this is happening.

“This dangerous provision, the Monsanto Protection Act, strips judges of their constitutional mandate to protect consumer and farmer rights and the environment, while opening up the floodgates for the planting of new untested genetically engineered crops, endangering farmers, citizens and the environment,”

This provision is simply an industry ploy to continue to sell genetically engineered seeds even when a court of law has found they were approved by USDA illegally. It is unnecessary and an unprecedented attack on U.S. judicial review. Congress should not be meddling with the judicial review process based solely on the special interest of a handful of companies.”

What’s even more ridiculous is that the provision was written WITH the aid of Monsanto. Yes, an elite mega-corporation (with representatives at the Bilderberg Group and Trilateral commission) actually wrote its own law and got it signed by the President.

“The provision’s language was apparently written in collusion with Monsanto. Lawmakers and companies working together to craft legislation is by no means a rare occurrence in this day and age. But the fact that Sen. Roy Blunt, Republican of Missouri, actually worked with Monsanto on a provision that in effect allows them to keep selling seeds, which can then go on to be planted, even if it is found to be harmful to consumers, is stunning. It’s just another example of corporations bending Congress to their will, and it’s one that could have dire risks for public health in America.”
– IB Times, ‘Monsanto Protection Act’: 5 Terrifying Things To Know About The HR 933 Provision

Funny how, not too long ago, Obama was adamantly saying this:

Nicole Sherzinger: “To make it, you really have to sell your soul to the devil.”