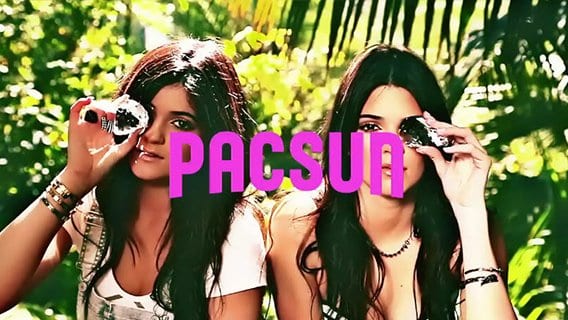 In this edition of SPOTM: Kylie and Kendall Jenner, Ciara, Britney Spears, Miley Cyrus and…sigh…Smurfette. Also, more then ever, what the hell is wrong with the fashion world? Warning: the first five images are might disturb some readers. 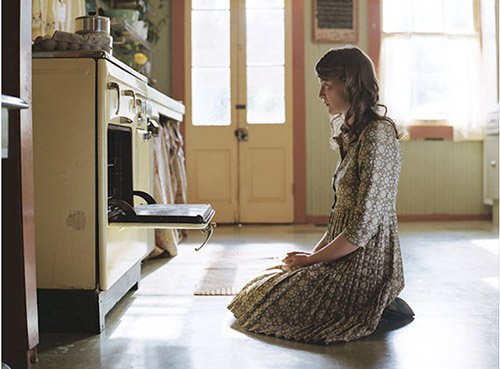 This Vice magazine fashion shoot called “Last Words” reenacts the suicide of famous female authors. While the images are hard to watch, the most disturbing aspect of the shoot is the fact that it is a FASHION shoot. The models are wearing designer clothing and everything is fully credited so readers can buy the clothing. This led many critics to state that the photoshoot does actually glamorizes suicide and makes it almost fashionable. One thing is for sure, it is definitely a continuation of the culture of death that is prevalent today in mass media. 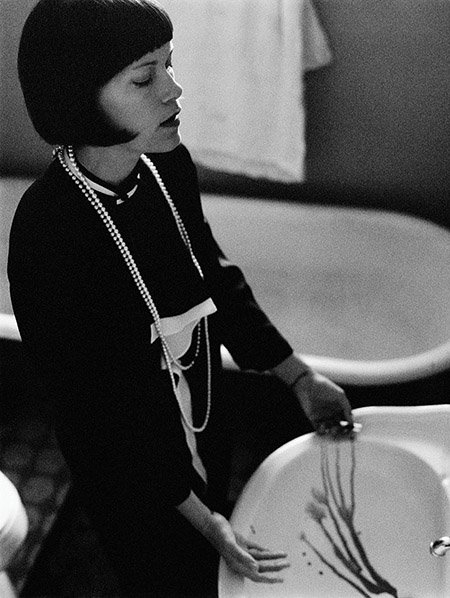 Reenacting a person’s last agonizing moments to sell an item of clothing is disturbingly wrong. 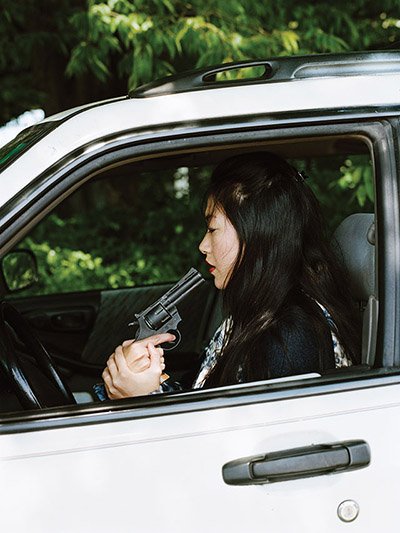 Irish Chang died in 2004, which is less than ten years ago. I’m guessing that this is pretty much the very last thing people close to her want to see at this point and time. 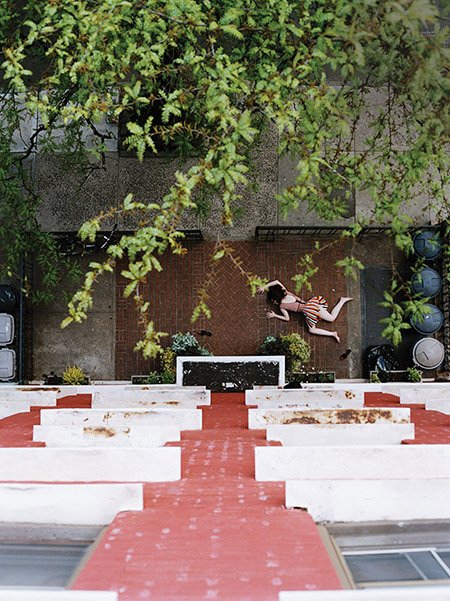 “This is terrible. But, wow, that’s a nice dress”. Is that what you want women to say, Vice magazine? Really? 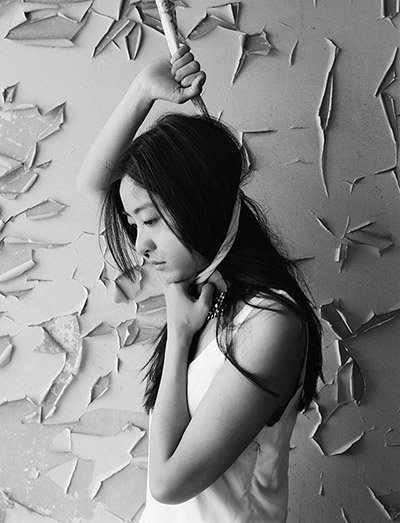 What is somewhat infuriating about this photoshoot is that it utterly fails at raising any kind of awareness or discussion about the issue. It is a typical bland fashion shoot with lifeless models bearing no emotions at all because that is not “fashion”. In the end, it is another way of associating fashion with the culture of death. The photoshoot was removed from the Vice’s website but is still in the magazine’s print version. 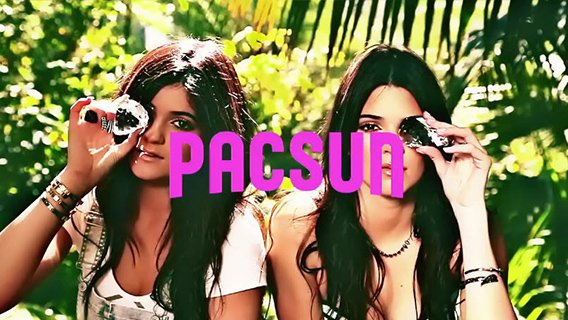 If you haven’t been “keeping up with the Kardashians” (why should you?), Kylie and Kendall Jenner are the family’s youngest girls. Apparently, they are being introduced to the whole Illuminati entertainment business world. This  “back to school” video ad for the brand Pacsun ends with the sisters doing the one-eye thing using diamonds (Beta Kitten symbolism). 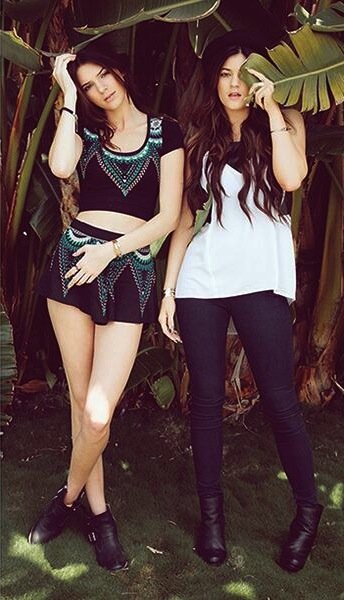 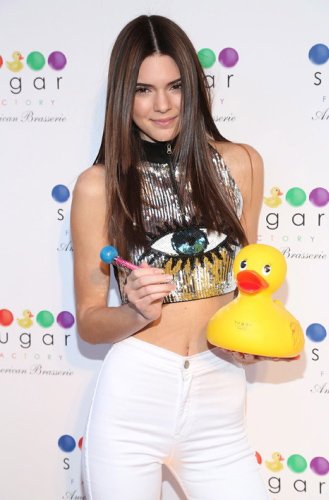 Here’s Kendall holding a rubber ducky. Also, mostly, she is showing that the industry has an eye on her. Literally. 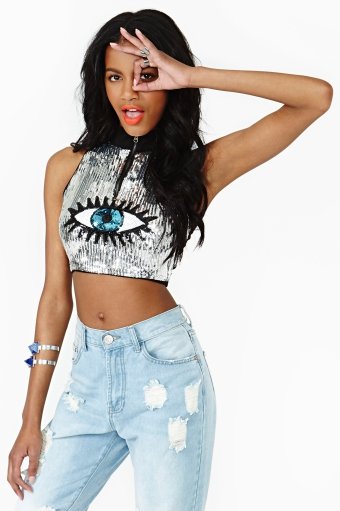 The company that makes this shirt uses this image in its catalog. It’s all about surrounding youth with this imagery. 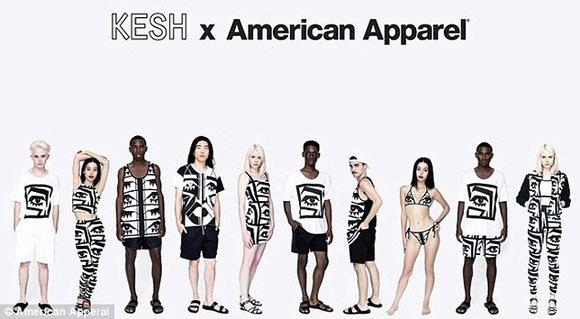 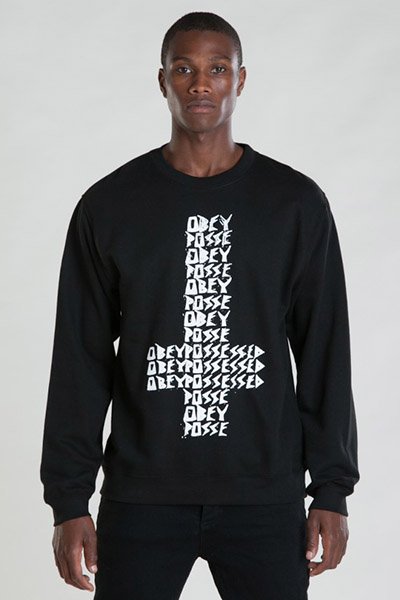 Obey Clothing once appeared to be satire of Big-Brother style propaganda. With its latest collection however, it falls right into Illuminati’s propaganda. This shirt  features one big inverted cross, a favorite symbol of the occult elite. Well, it is rather a black magic symbol the elite wants the masses to embrace. If you read what’s inside the cross, “Obey Posse” turns into “Possessed”. Fashion. 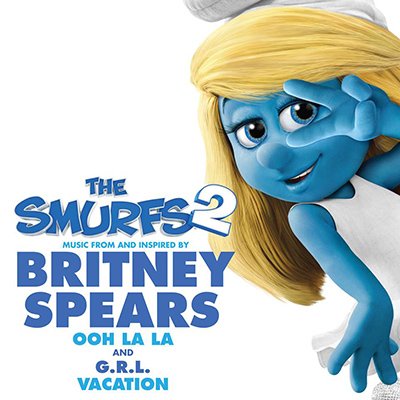 Smurfette doing it the one-eye thing. Never thought I’d be typing these words. But here we are. 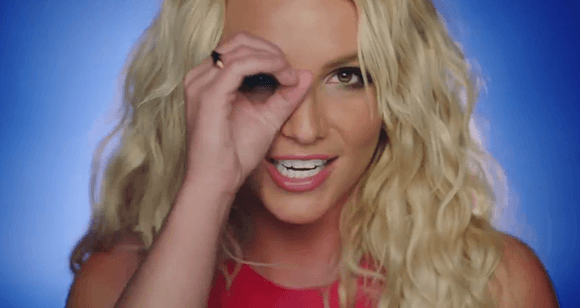 The Smurfs 2 was released with a music from Britney Spears. The music video features her children, maybe to moms and to emphasize that the video is about “good, wholesome, family fun”. Britney still does this during the video, in a somewhat awkward, contrived way, as if she was ordered to do that. 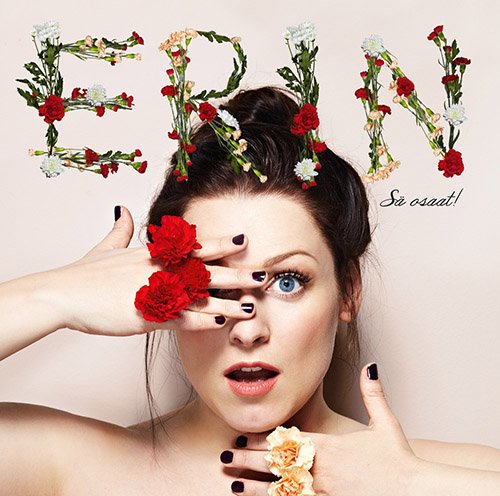 Finnish singer Erin had the urge of doing this sign right on her album cover. Thought Finland was safe from this? Nope. In fact, she went platinum there. 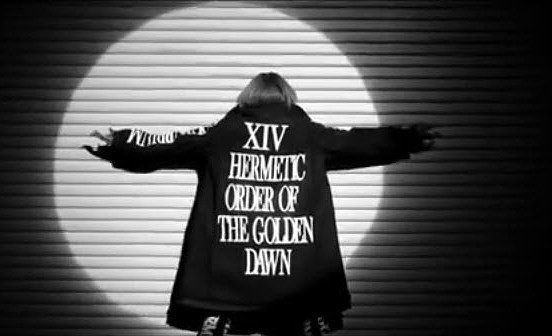 Ciara’s video “Super Turnt Up” is basically all about her being draped in a coat with matching boots and dancing around with it. On the coat and boots is written”Hermetic Order of the Golden Dawn” which is the name of a powerful secret society of the early 20th century in which was famously initiated Aleister Crowley. The Golden Dawn is one of the ancestors of the secret societies that are in power today…and Ciara is dancing around with that name written all over her. I guess we know who owns her. 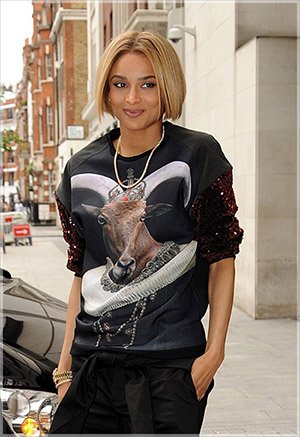 Ciara walking around with a big Baphomet head on her shirt. Yup. 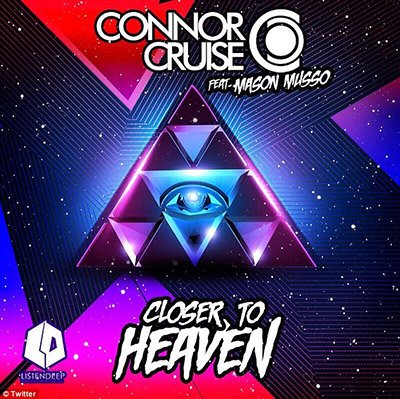 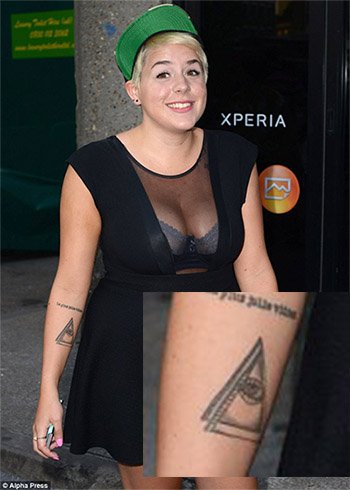 Here’s Tom Cruise’s daughter Isabella Cruise walking around with a tattoo with the same familiar symbol: the triangle and all seeing eye. A ladder leads to the top of it triangle. These Cruise children sure do love that symbol. 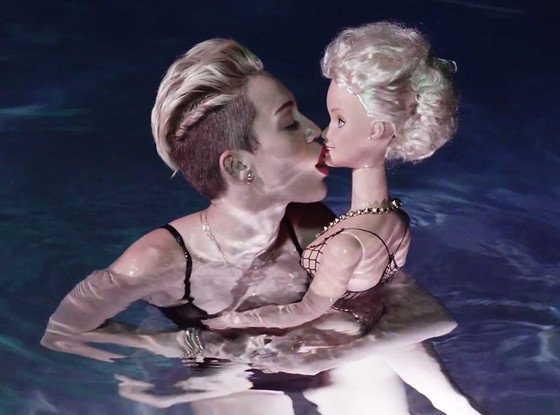 Most people who watched Miley Cyrus’ video “We Can’t stop” did not react well to it. People felt dirty, dumber and genuinely concerned for the future of our civilization. In short, it is right in line with what the occult elite wants. As this screenshot from the video suggests, Miley is not the mastermind behind this video –  she is a puppet, probably mind controlled into pushing that agenda. 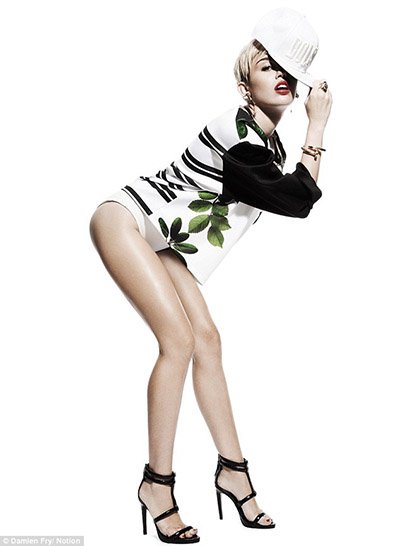 Would you be surprised in seeing her repeatedly doing the one-eye thing in photoshoots? Don’t be, because its happening. 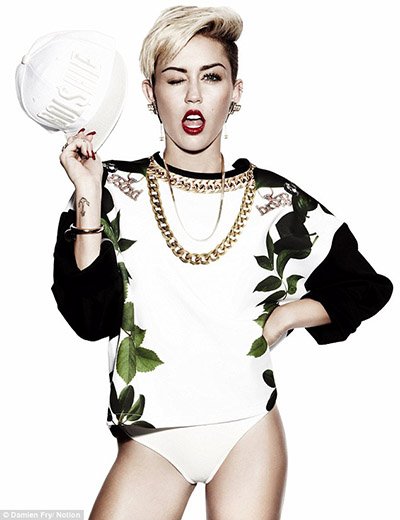 Miley, I have one thing to tell you: Stop. Oh wait, you can’t stop. Because the name of your song is “We Can’t Stop”. But, seriously… just stop. 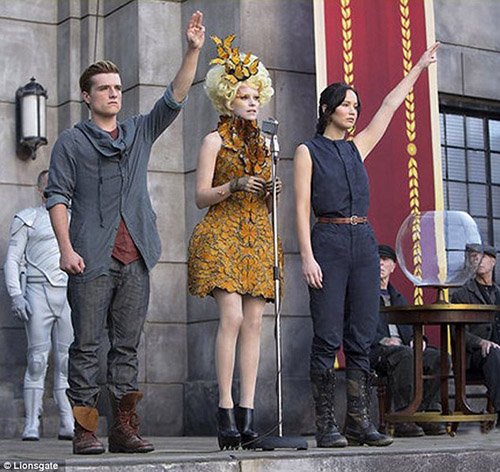 Previews from the new Hunger Games movie features this Monarch Butterfly headdress. Will there be a Monarch Programming-inspired plot twist? 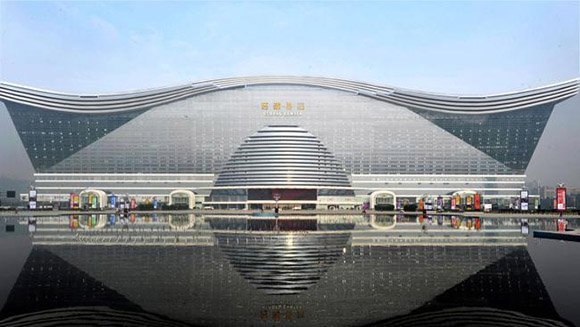 China recently unveiled the world’s largest building. The cleverly placed reflective pool makes the building look like one giant eye. The name of the building is also very NWO-ish: “New Century Global Centre”. Symbols of the occult elite pop up in prominent places, yet most don’t recognize them. Use your eyes to recognize the eyes.