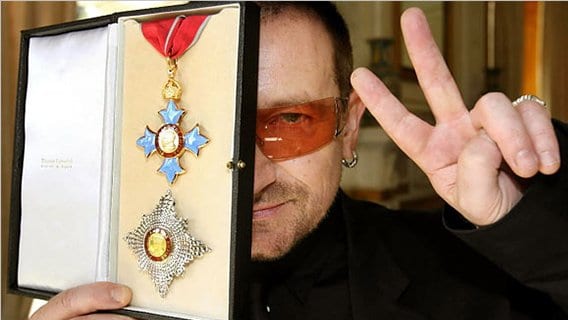 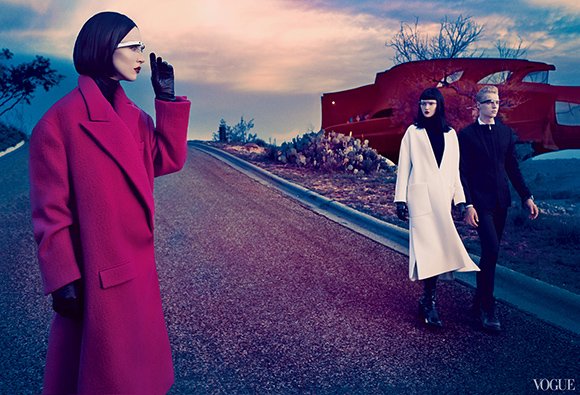 The September issue of Vogue contains a photoshoot dedicated to Google Glass – a computer you wear on your face. The device has many privacy-shattering capabilities such as seamlessly recording audio and video without other people knowing. While this retro-futuristic photoshoot attempts to make this device cool and stylish, it also manages to make it creepier than it already appears to be. In this pic, the woman in white doesn’t seem to like the woman in red. She is probably filming her face. She will then use facial recognition and extract her personal info. Vengeance is coming soon for lady in  red. 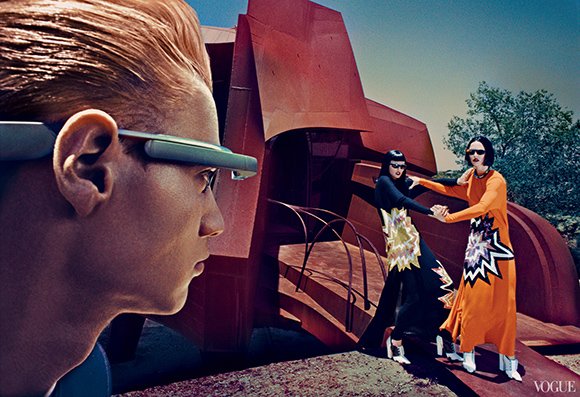 “Oh crap. These two strange women appear to be engaging in violent behavior. I better film the incident and forward the footage to the authorities. I love my snitch glasses.” 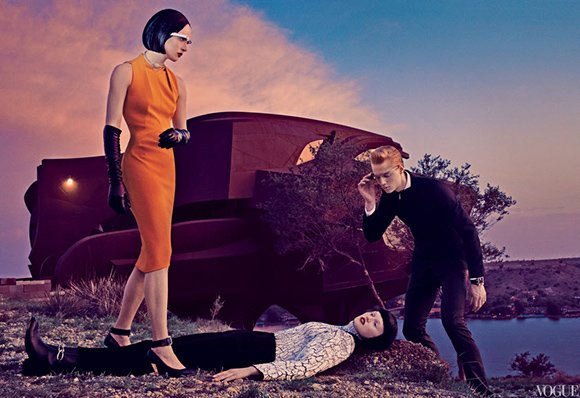 The only model in the photoshoot without the glasses appears to be dead. Why? And those with glasses are acting extra creepy around her, probably filming her instead of, like, calling for help or something that normal humans would do. 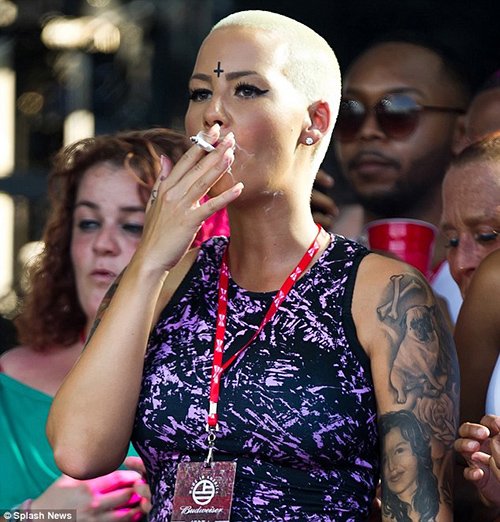 Amber Rose (Wiz Khalifa’s wife) attended the Made in America music festival with an inverted cross stamped on her forehead. 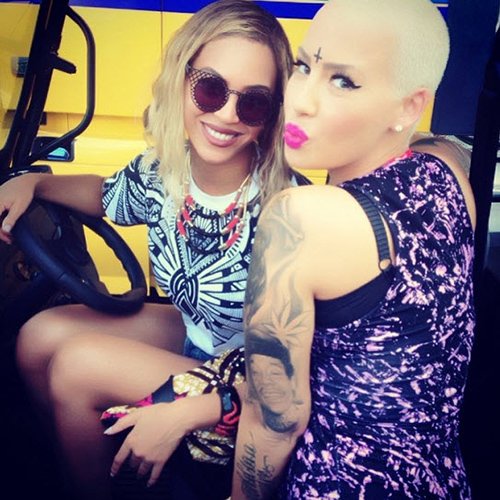 Chilling with Beyonce. When these pics came out in September, Rose got accused of being a Satanist and an Illuminati pawn on Twitter. She replied that the inverted cross is the cross of St. Peter, a Christian saint. Let me be the first to say this: This is BS. Nobody in the entertainment business ever wears an inverted cross to pay homage to St. Peter. NOBODY. Not even fervent Catholics. 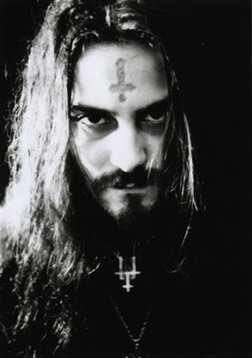 Death Metal musician Glen Benton sometimes wears an inverted cross on his forehead as part of his act. Is it a tribute to St. Peter? No, he’s a Satanist. At least he’s open about it. Today’s pop culture is all about deceit and hypocrisy. 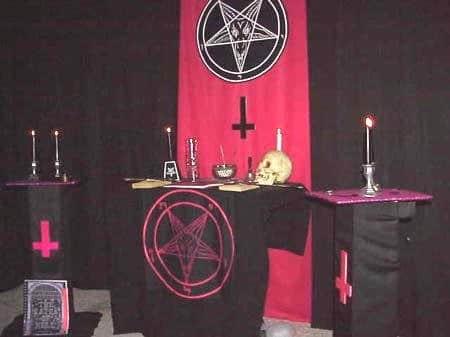 A Church of Satan altar. Are those crosses there in honor of St. Peter? No, they represent the inversion of Christianity. I repeat, no inverted crosses in pop culture ever represent St. Peter, don’t let them fool you. 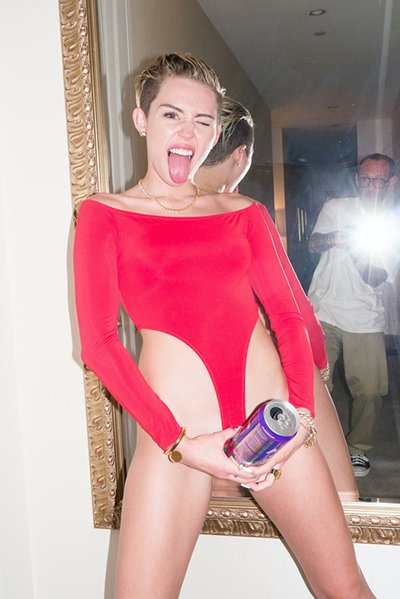 Miley Cyrus recently did a photoshoot with creepy-ass Terry Richardson. The result is, well, annoying. 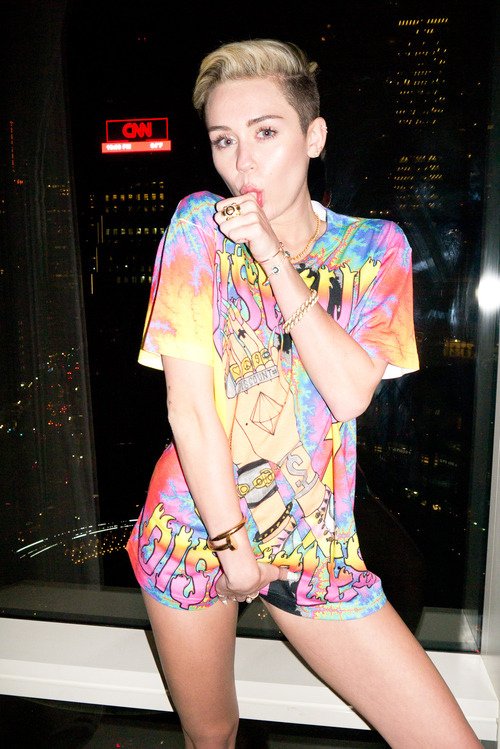 I can picture Richardson saying thisr: “OK, now suck on your thumb like a baby. You’re just a little baby girl. That’s so hot. Now hold your crotch with your other hand. So hot”. 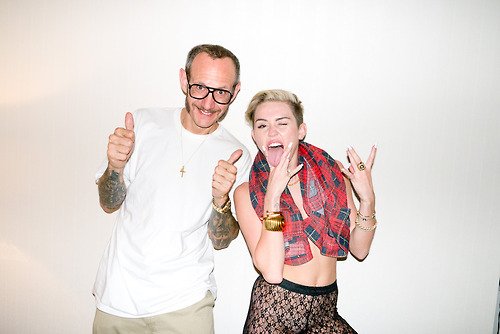 Miley closes one eye in pretty much every pic she’s in these days. Was she instructed to do that by her handlers? 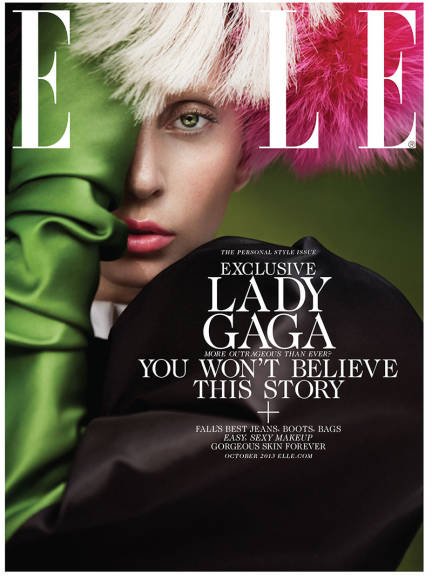 Cyrus is definitely NOT the only celeb that flashed the one eye thing in the past weeks. Here’s Lady Gaga on the cover of ELLE. 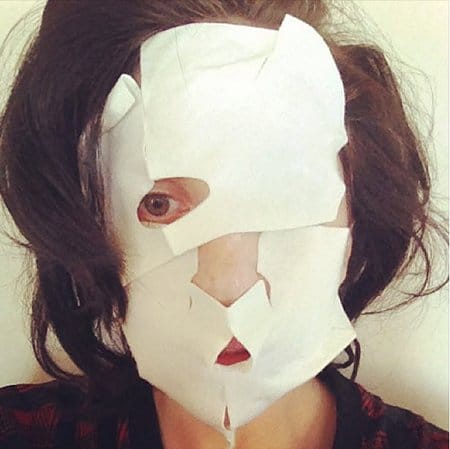 Gaga posted this on Instagram. Apparently it’s a mask she did. A one-eyed mask. Why? Because Illuminati. 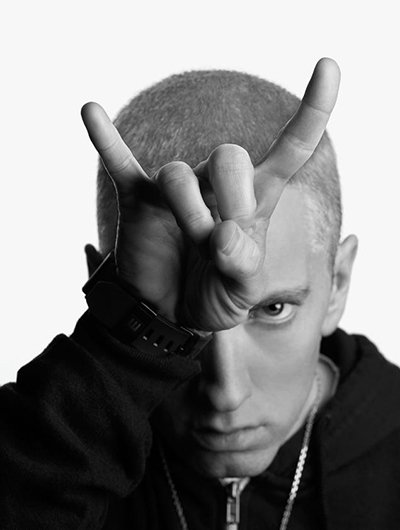 This is the current promotional image of Eminem. One eye and devil horns. That the type of stuff you have to do to be able to stay relevant and get exposure in this business. Especially if you’re signed with Interscope Records. 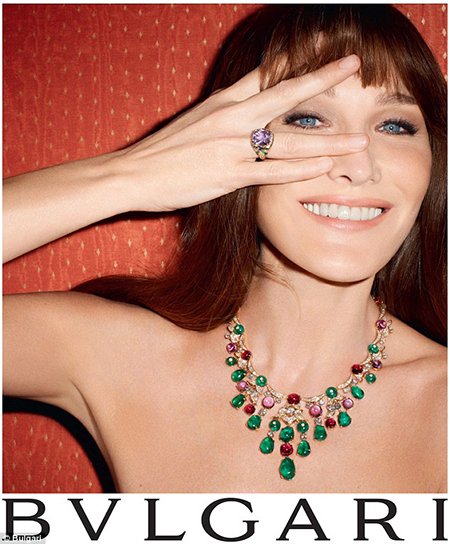 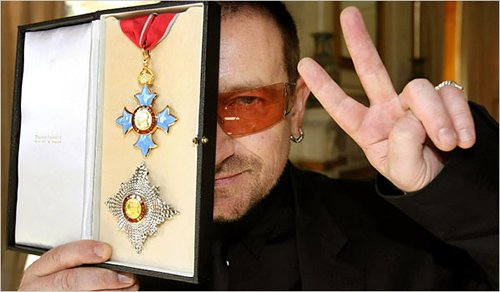 Speaking of mixing entertainment with high power, here’s Bono showing off an award he received from Queen Elizabeth II – the same queen that gave an award to mass abuser Jimmy Savile. Let’s call this the occult elite award.

This image was posted on the Voice UK official Facebook page. 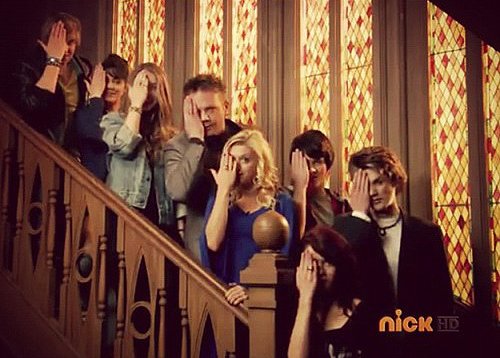 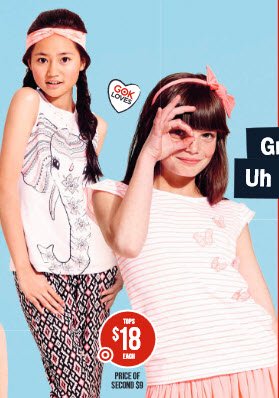 A page from a Target catalog. Well, maybe that was just coincidence. 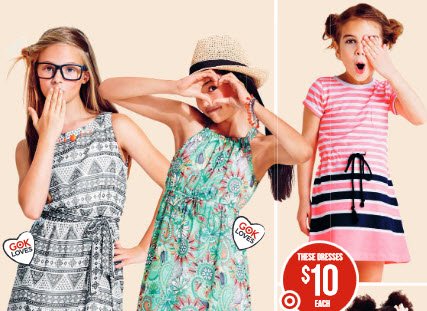 Other page from the same catalog. No coincidence. Pushing the symbolism. Some might rationalize what is happening and say “well, that’s what trendy right now”. Who made it trendy? 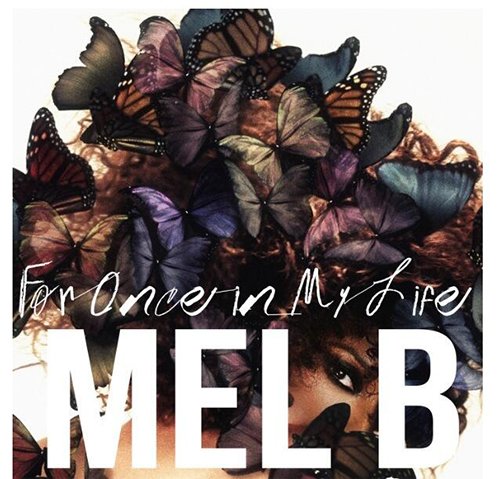 The cover of ex-Spice Girl Mel B’s latest single. It features one eye with a head full of Monarch butterflies (symbolism on Monarch mind control). I guess she’s also doing what she has to in order to stay in showbusiness. 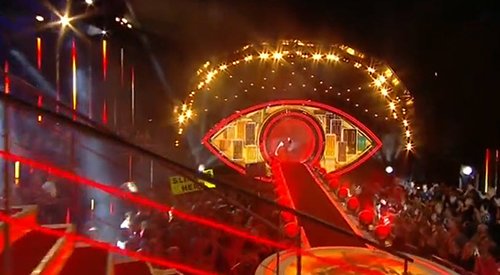 Big Brother UK is a show that is called…Big Brother. And it is about cameras spying on people to entertain the masses. The first show of the season featured a gigantic All-Seeing eye stage with people cheering all around it. That’s how the elite indoctrinates people.