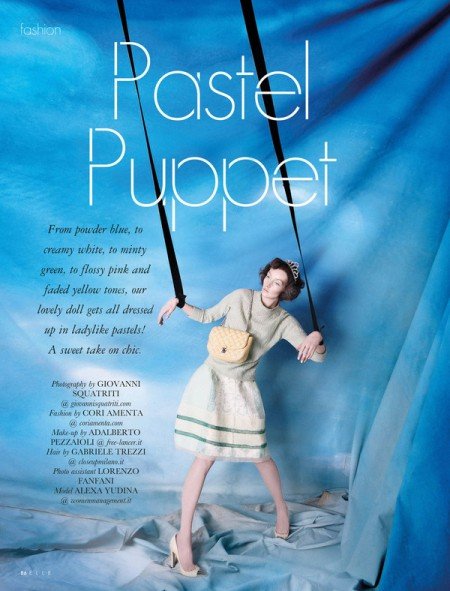 In this month’s edition of Symbolic Pics of the Month: Rihanna, Beyonce, Lady Gaga and a whole bunch of symbolic images from fashion shoots.

This photoshoot from ELLE Italia features the elite’s favorite way of portraying models: As lifeless puppets controlled by unseen handlers 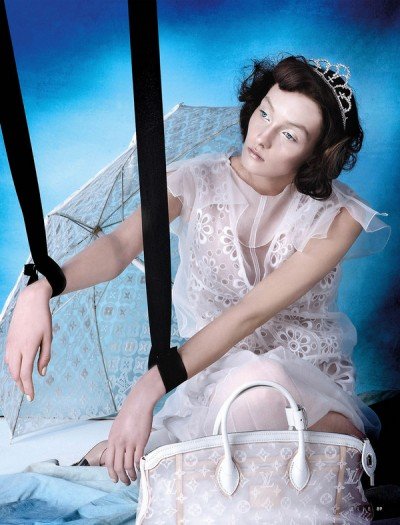 No life, no control and used to sell products. Yup, that pretty much sums up the fashion model. 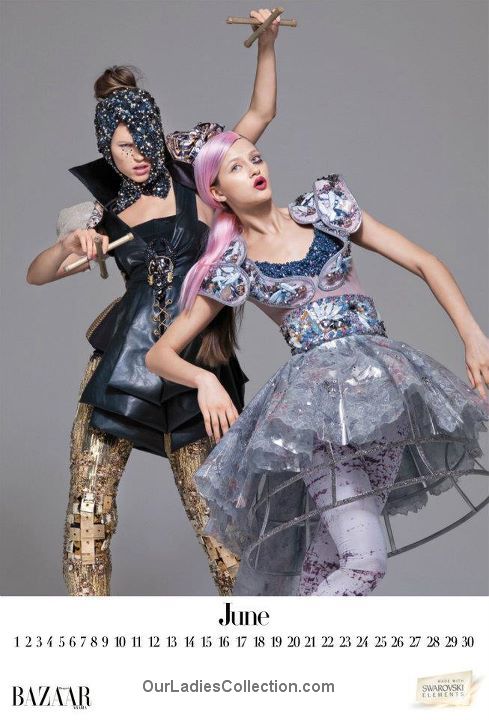 This  calendar from Bazaar also exploits the concept of a controlled puppet. In this case, the handler is shown with one eye hidden and looks quite evil. There is also an emphasis on one of the models eye – as she is a reflection of her handler’s will. When decoded this symbolic image is an accurate and disturbing portrayal of the fashion world. 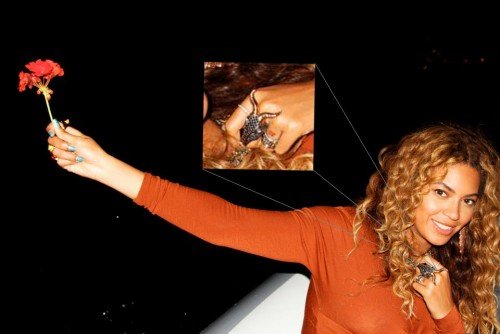 This casual pic found on Beyonce’s Tumblr account. It features a ring the singer appears to love as she has been spotted wearing it several times (notably during a performance at Coachella). The ring appears to be nothing else than the head of Baphomet. 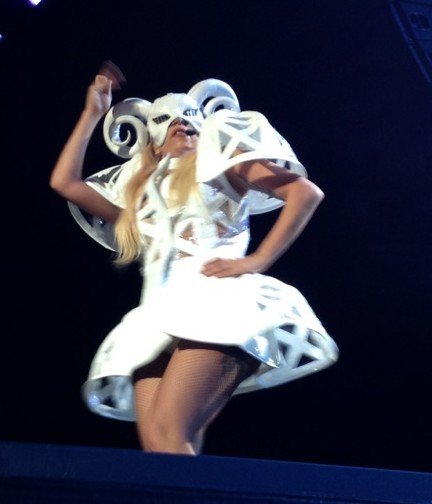 Speaking of Baphomet, here’s a pic taken from a fan during Lady Gaga’s Born This Way Ball Tour. She is wearing a horned mask similar to those worn in Illuminati Balls. 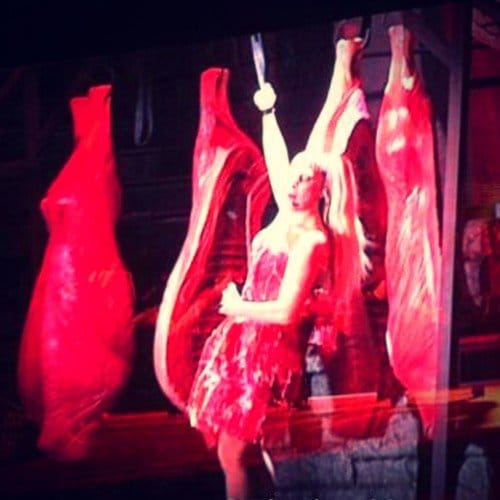 In this other pic, Gaga is hung like a piece of meat with other pieces of meat. She’s always engrossing. 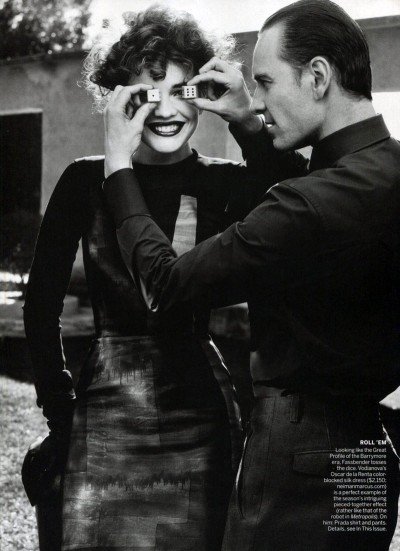 In this photoshoot from Vogue US featuring model Natalia Vodianova contains several familiar symbols. In this image, one of her eyes is hidden. Also, in the description of the pic, it is mentioned that the dressed is “like that of the robot in Metropolis”. As seen in several previous articles, Metropolis (especially Maria the android) is extremely important in the occult entertainment industry. 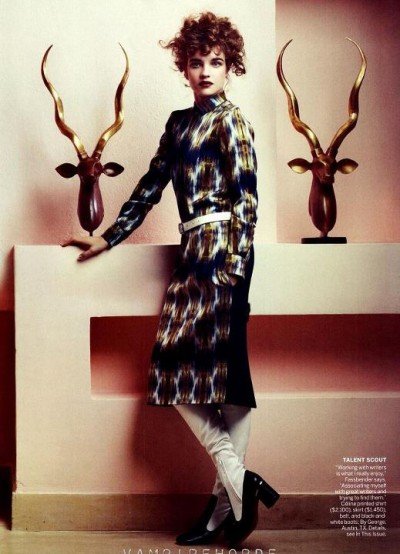 In the same photoshoot, the model is shown chilling between two Baphomet-looking heads. The same combination of symbols keeps coming back across the entertainment. 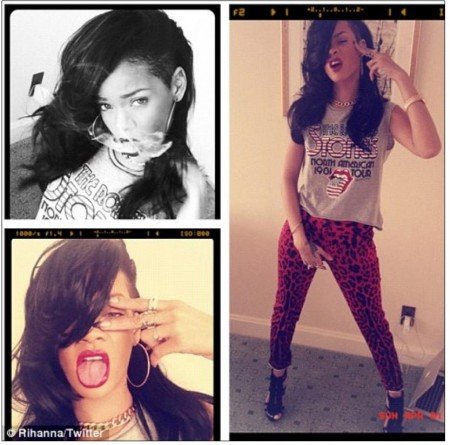 In these pics posted on Rihanna’s Twitter account, the singer is wearing Sex-Kitten leopard prints and is saluting her handlers by hiding one eye. 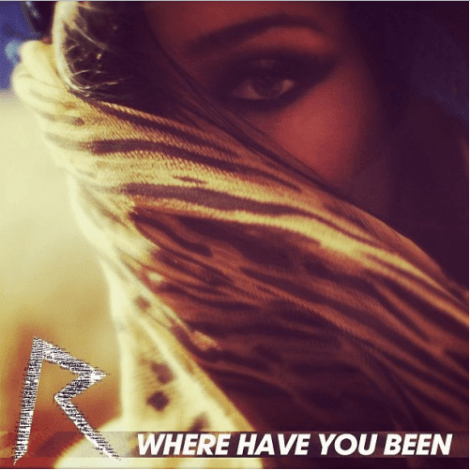 The cover of Rihanna’s single “Where Have You Been” also features a prominent one-eye sign. 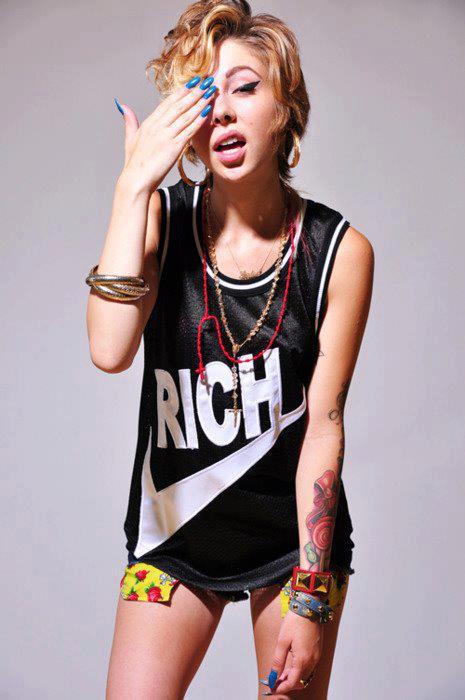 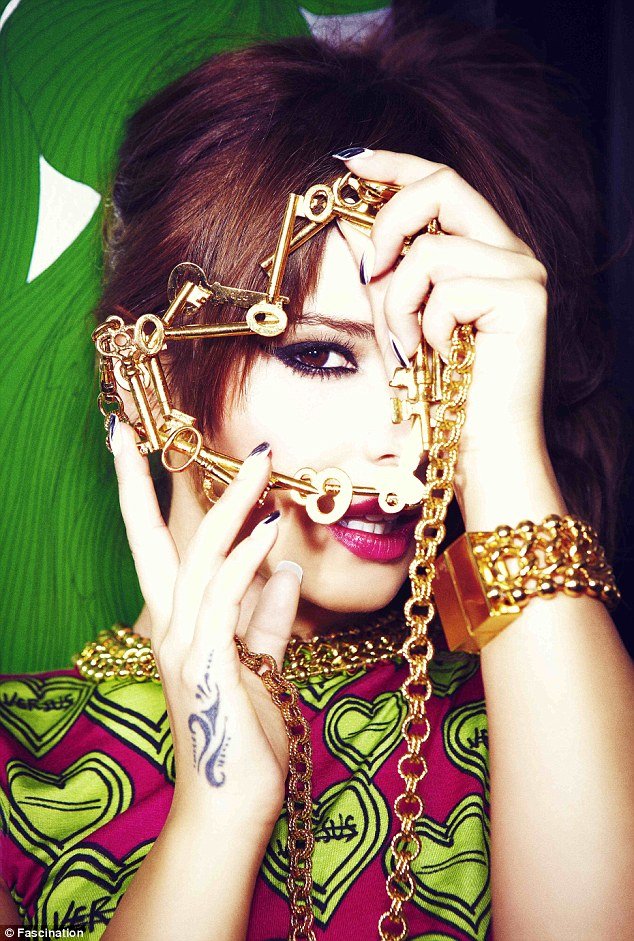 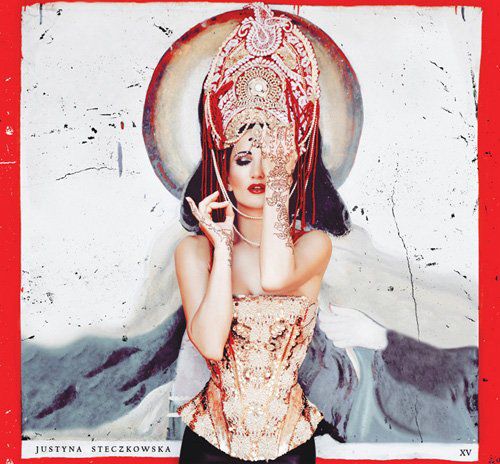 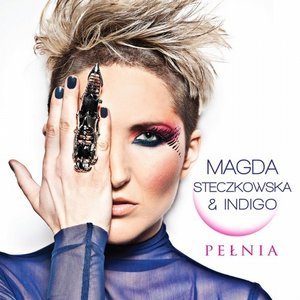 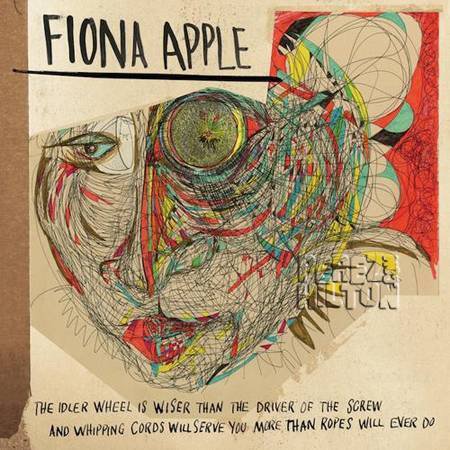 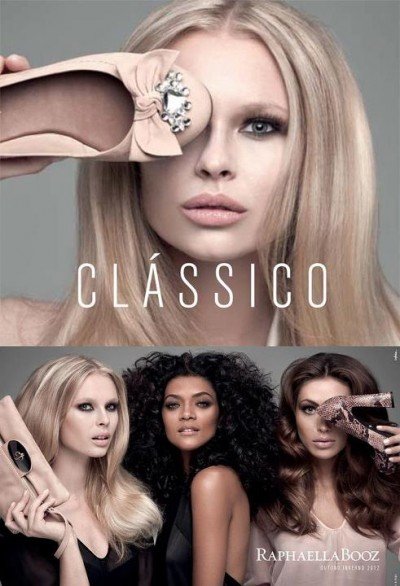 Speaking of one-eye, here’s an ad for shoes (or something). 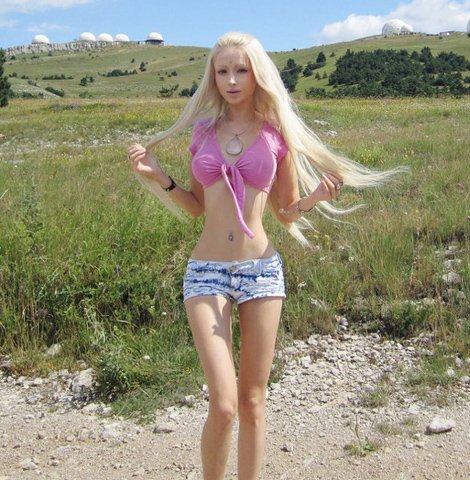 Here’s a new creepy trend: Girls looking like real life Barbie dolls. I have no idea where this originated from but I believe it is a result of the constant glamorization of deshumanization in mass media. 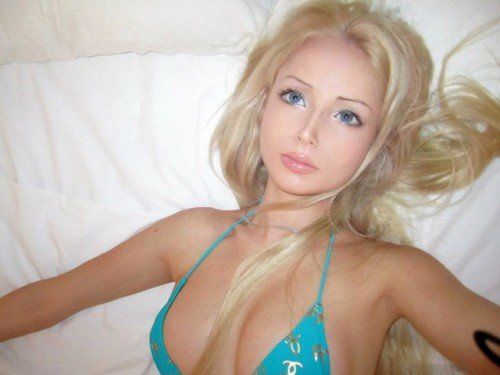 Is it becoming cool to be lifeless? 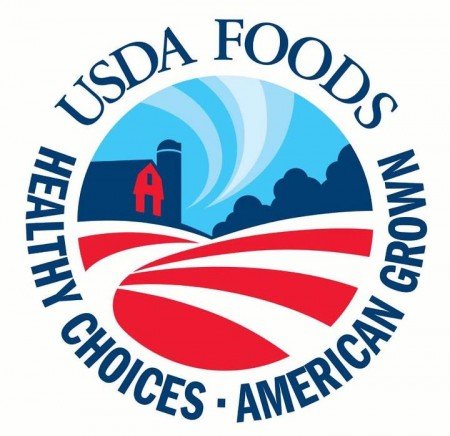 The logo of USDA Foods. Is there a chemtrail in the sky?