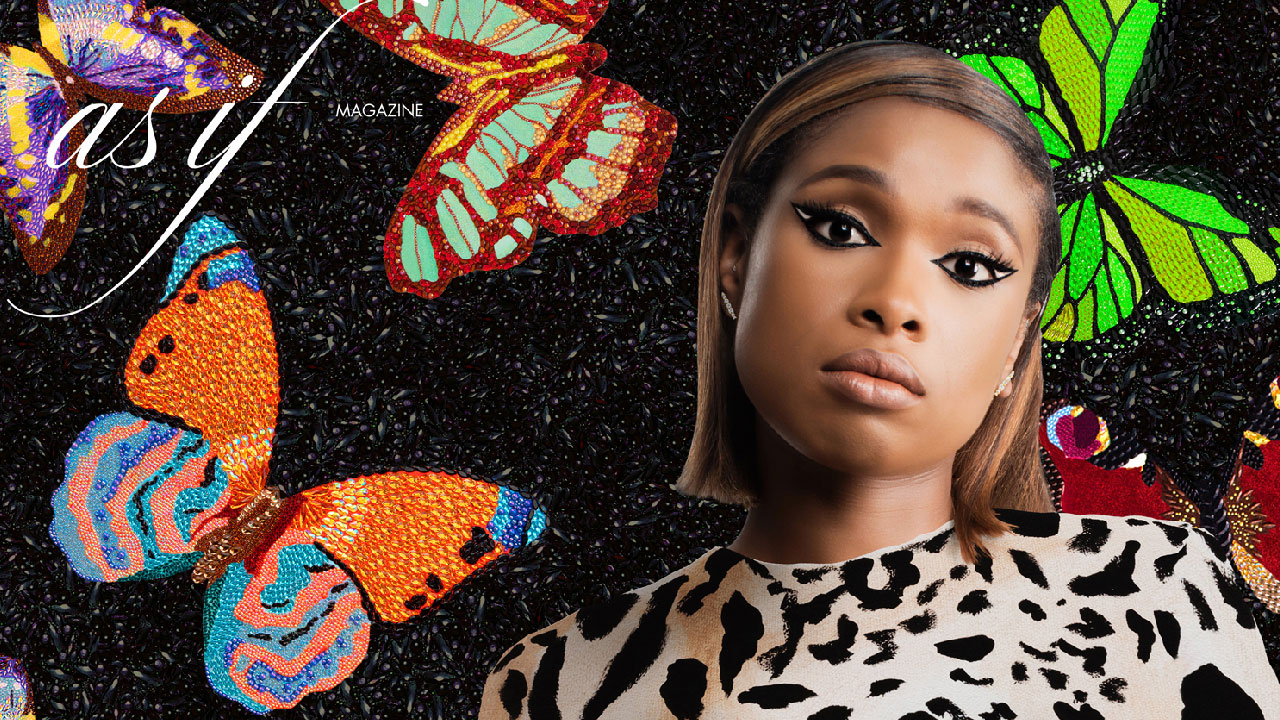 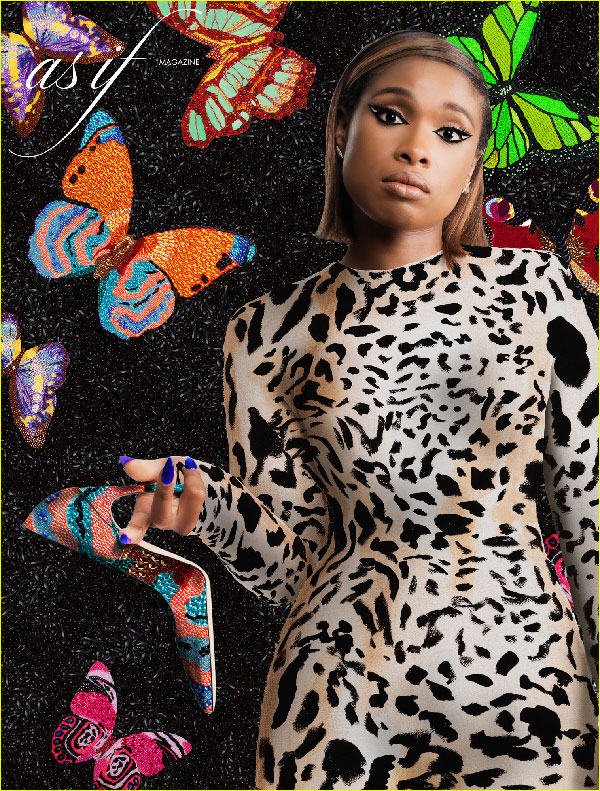 Jennifer Hudson was recently featured in an As If magazine photoshoot and the entire thing was all about Monarch Mind control. More specifically: Beta Kitten programming. As stated numerous times on this site, Monarch programming is represented in popular culture with monarch butterflies. Beta Kittens are often identified by wearing feline prints. This photoshoot combines both elements + other symbolic imagery. 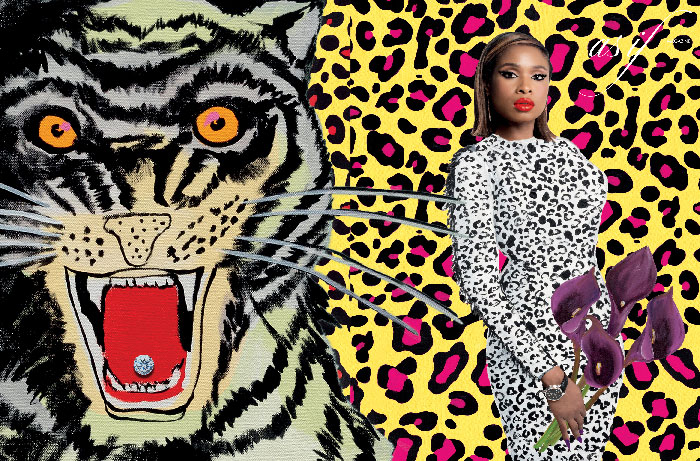 Here, next to Hudson, there’s an actual “kitten”. Inside the kitten’s mouth is a diamond. While this detail might seem random to most, diamonds hold a specific significance in the Monarch system: They are used to identify “Presidential Models” – high-level Beta slaves. To make things extra obvious, Hudson wears feline prints, in front of a feline-print background. 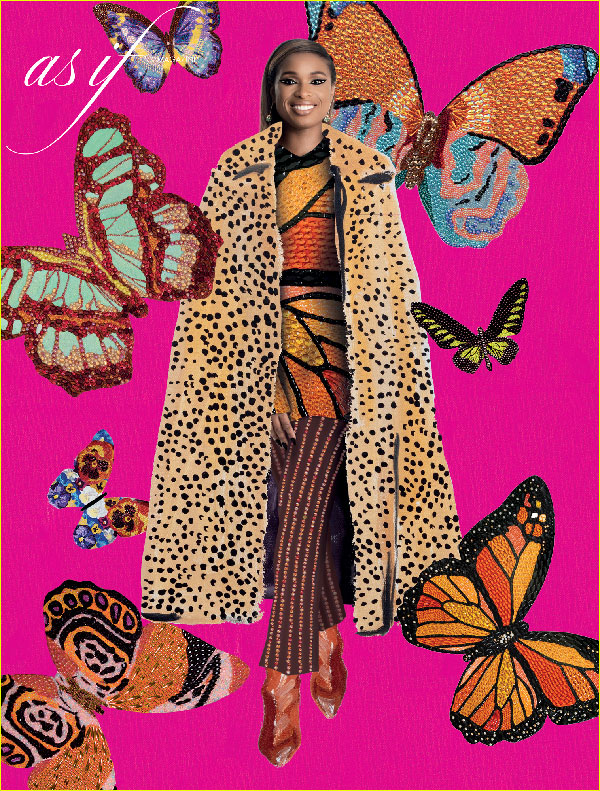 Here, she is literally draped in the wings of a Monarch butterfly – representing her being a Monarch slave. On top of that layer is a feline print coat – representing the extra layer of Beta Kitten programming.

Once again, Jennifer wears feline print. She also holds a bag of money. Well, it’s a fake, for-show-only, drawn-on bag. That pretty much sums up the life of a celebrity MK slave.

Here, we see two Janet Jacksons. It represents the ultimate goal of Monarch programming: The creation of alter personas.

There’s a lot going on in this pic as it refers to some occult aspects of Monarch programming. The two mirroring Janets refer to the all-important concept of duality and the hermetic saying “As Above, so Below”. Taken separately, these three pics could be interpreted in several ways. But taken together, the pics become MKULTRA 101.

Speaking of Monarch butterflies, this is Billy Porter at the Critics Choice Awards. As usual, he is wearing a lavish dress (gender blurring agenda). He is also covered in butterflies, including a massive monarch butterfly on his chest. While these butterflies might not necessarily mean that the person is an actual MK slave, it does mean that they are fully subservient to the occult elite’s agenda. Need more proof? Keep reading.

This is Billy Porter in Allure magazine. A black rose hides one of his eyes, effectively creating a one-eye sign, proof of compliance to the elite. Want more proof? Keep reading.

This is another pic from the same photoshoot. Again, one eye is hidden. That’s all of the proof you need.

Speaking of the one-eye sign, it was, as usual, all over mass media in the past month. To make sure that the world is fully exposed to this symbolism, the sign is often prominently featured right on the cover of magazines. This is model Kōki on the cover of Harper’s Bazaar China.

The January 2020 issue of Picton Black magazine also featured a big fat one-eye sign. I think they are trying to tell us something here.

John Rahm hides one eye with a golf club on the cover of Golf Digest. At the very top, it says: “Jon Rahm: Eyes the Next Level”. Yup, that’s what you have to do to reach the “next level” of fame.

Rihanna on the cover of i-D magazine. Her face says: “I am so sick of doing this one-eye sign”.

Willem Dafoe on the cover of El Pais Icon. Even award-winning veterans have to do this crap.

Here’s yet another Netflix series that is promoted with a big, fat one-eye sign. In case you didn’t know, Netflix is 100% down with the agenda.

This is an ad for a new series titled Interrogation. As you can see, there’s a very clever and creative one-eye sign there.

Wow, this is the other side. So clever. I don’t know exactly what the show is about (probably about an interrogation), but the one-eye sign indicates that there’s most likely some elite agenda-pushing in there.

A photo project called “Boys can be princesses too” went viral online. And by “viral”, I mean that it was pushed by mass media because it was in line with the elite’s agenda-blurring agenda.

In the past years, I’ve shown numerous examples of media “celebrating” young boys wearing dresses. It is almost as if they love killing budding masculinity. By the way, boys cannot be princesses. They can only be princes. Because they are male. By definition, only females can be princesses. 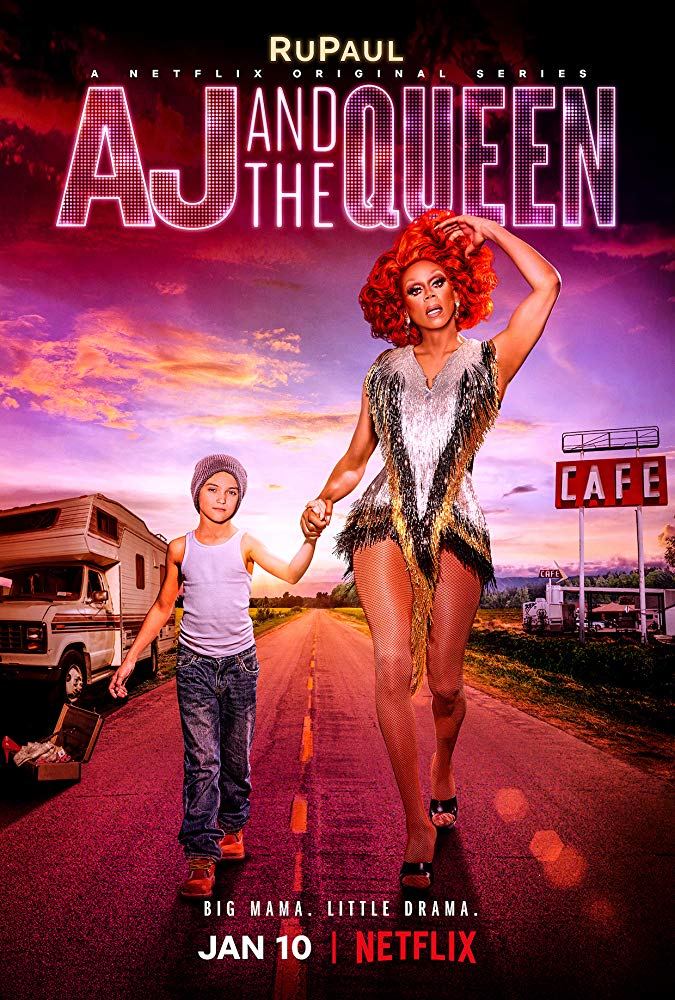 Another abhorrent agenda that is being pushed is to have children (especially young boys) hanging around drag queens. The Netflix series AJ and the Queen is about Ru Paul traveling with a 10-year-old orphan girl (who is dressed as a boy) in an RV, going from club to club. Why do they keep wanting to involve children in the highly sexualized drag culture?