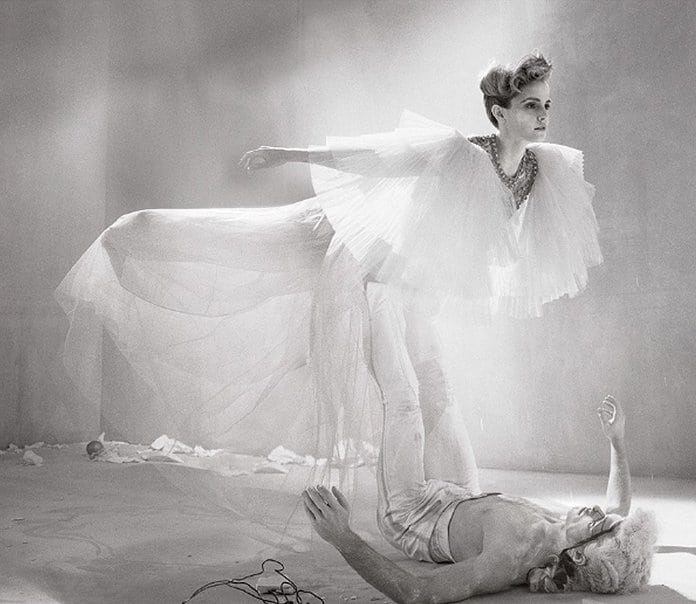 In this edition of SPOTM: Emma Watson, Gigi Hadid, Bella Hadid, a triceratops and some inappropriate stuff happening at the Kid’s Choice Awards.

Emma Watson is an “It” celeb at this particular moment and, of course, the media attention comes with a bunch of symbolic stuff (even photo “leaks”). Some controversy surrounded the following Vanity Fair photoshoot because Emma posed topless under a somewhat revealing shirt, prompting accusations of her being a “fake feminist”. As usual, mass media completely overlooked the core meaning of the photoshoot: Monarch mind control, where Emma is symbolically under the spell of a handler. 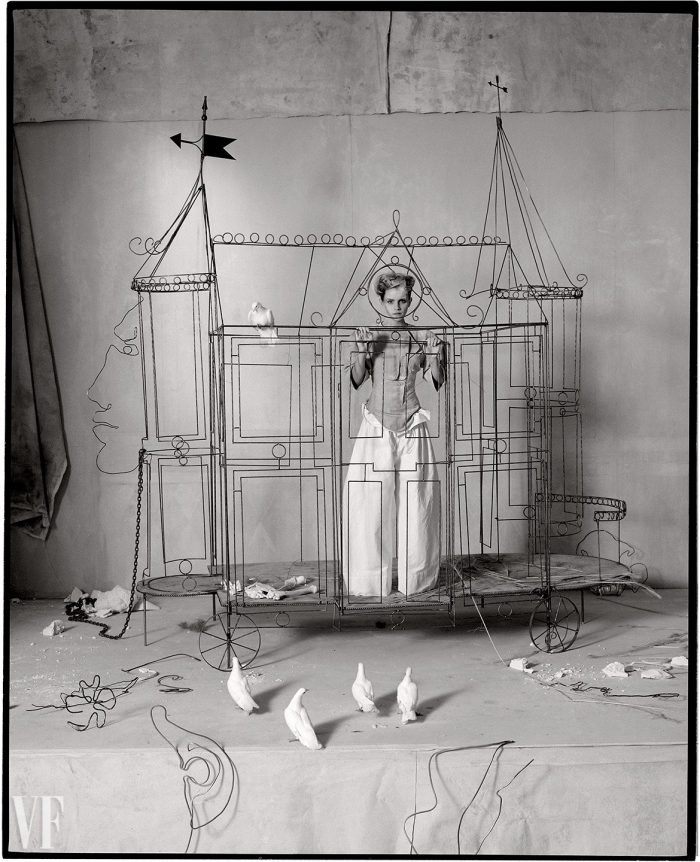 In this pic, Watson is trapped in a cage while birds are free around her. The cage is chained to what appears to be a piece of cloth which illustrates that her state of confinement is mental and not physical. As a whole, the image represents Watson being under mind control. On the left, we can make out a face made out of cage wire. Does it represent the handler, the one who has created Emma’s mental prison? 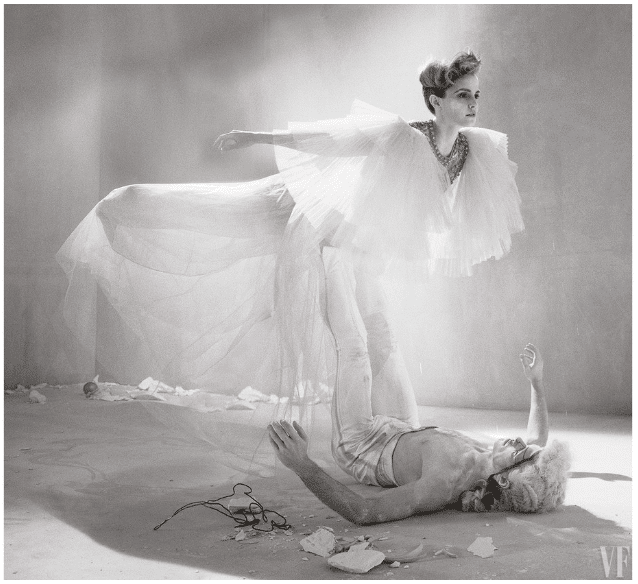 Here, Emma is lifted in the air by a man. Through trauma, the MK handler causes the slave to dissociate which comes with a feeling of weightlessness. In other words, this picture symbolically alludes to extreme pain and torture at the hands of a handler and the human brain’s natural response to it: Dissociation. 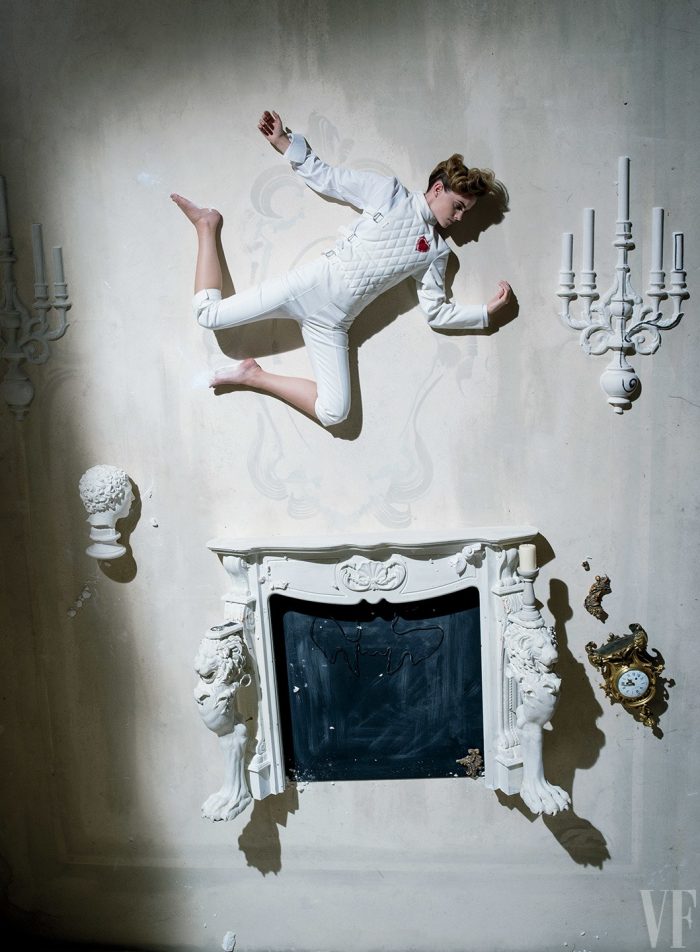 This image is also a reference to dissociation, specifically the feeling of total disorientation that it causes. The floating objects and the broken clock allude to the loss of the concepts of space and time during dissociation. 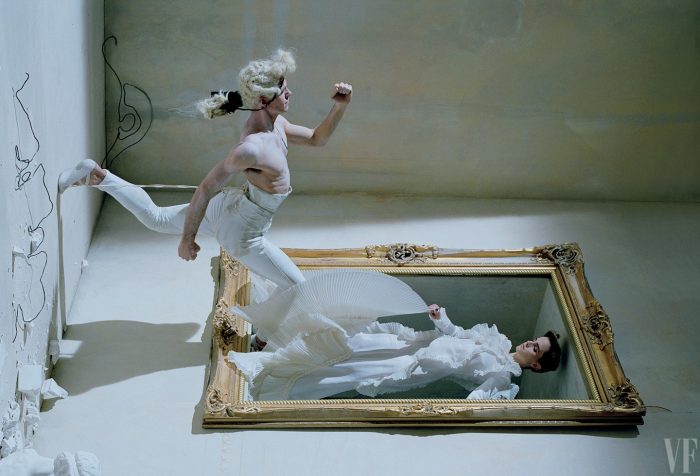 This piece illustrates the blurring between reality and fiction during mind control. Emma is embedded inside a picture frame in a perspective that is somewhat impossible. The image conveys the loss of one’s humanity during MK. Once again, this is happening under the supervision of the handler.

As usual, the One-Eye sign appeared everywhere in mass media in the past weeks – often in places that you would not expect … but also in places you would fully expect. 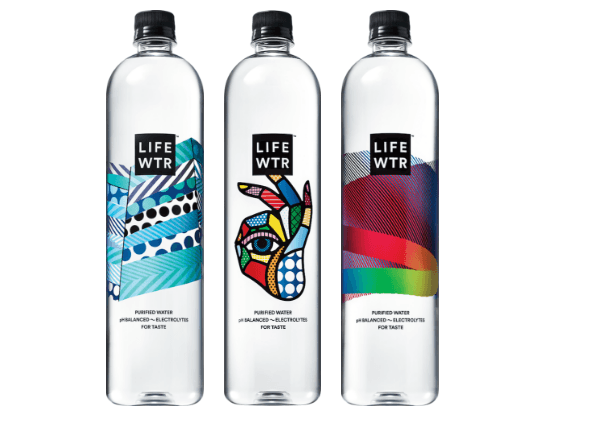 This product was promoted during the Superbowl and its logo couldn’t be more obvious: The triple 6 One-Eye hand sign (the fingers make three sixes).

While this “premium bottled water” is marketed as something very artistic and inspired (I only drink artistic water BTW), the truth is that it is owned by the Pepsico conglomerate which is owned by powerful elite people … the same people who are trying to permeate everything artistic with their symbolism. 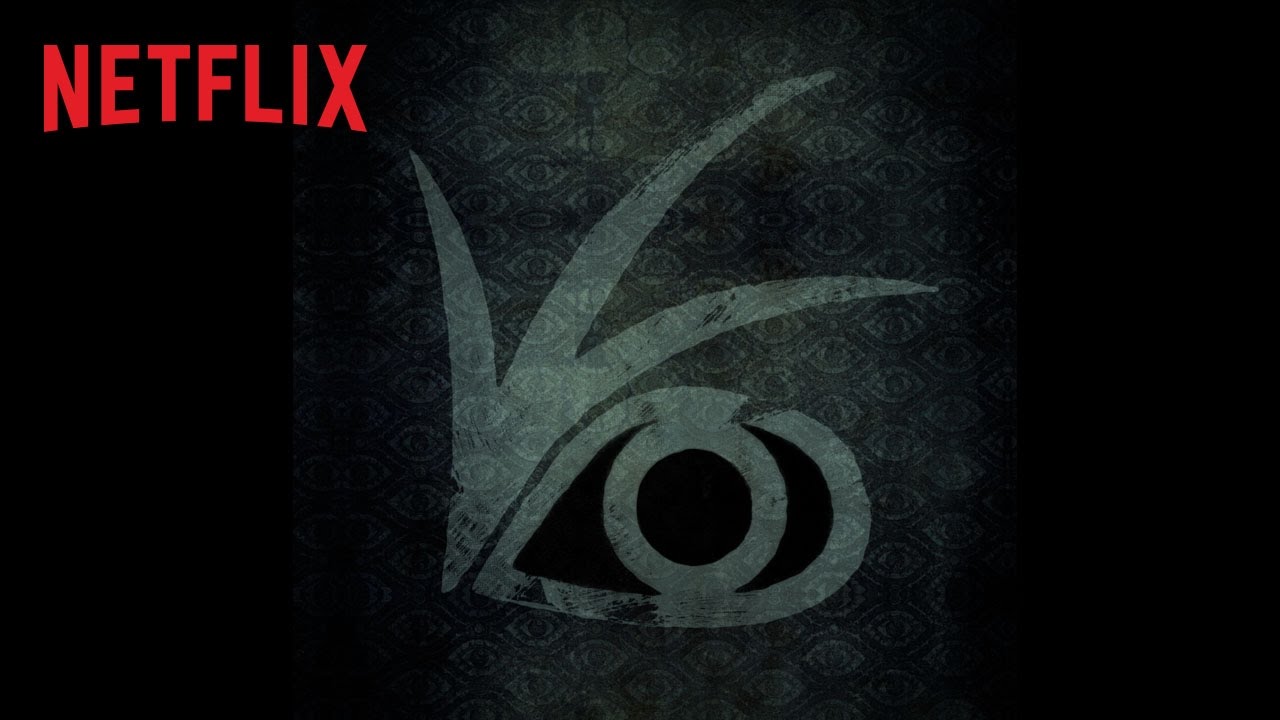 This symbol is seen literally everywhere in Netflix’s “A Series of Unfortunate Events”. Is it a reference to the above triple 6 sign? 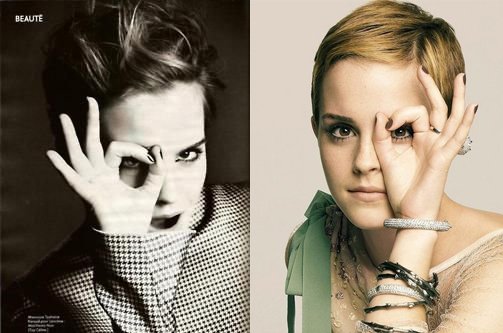 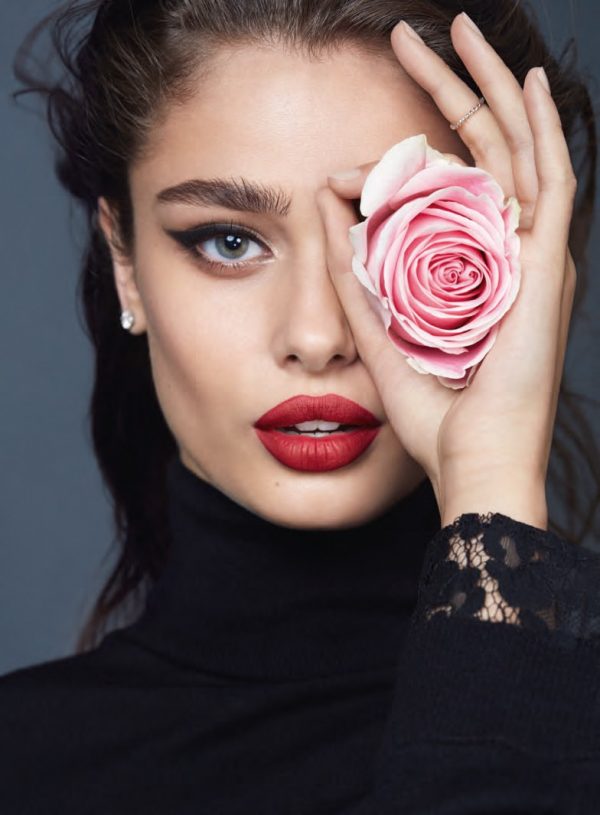 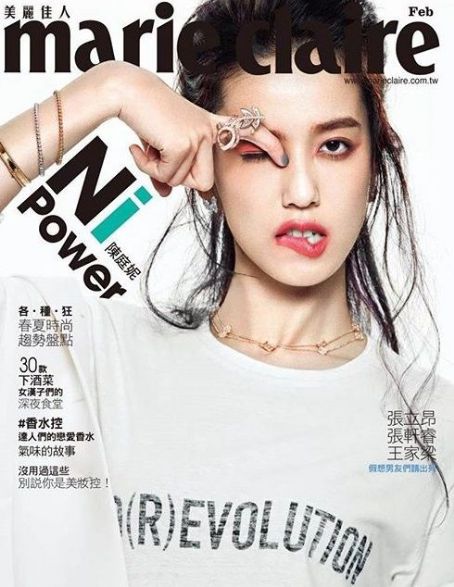 More One-Eye action in Marie Claire Taiwan. This symbol NEEDS to be seen newsstands around the world. 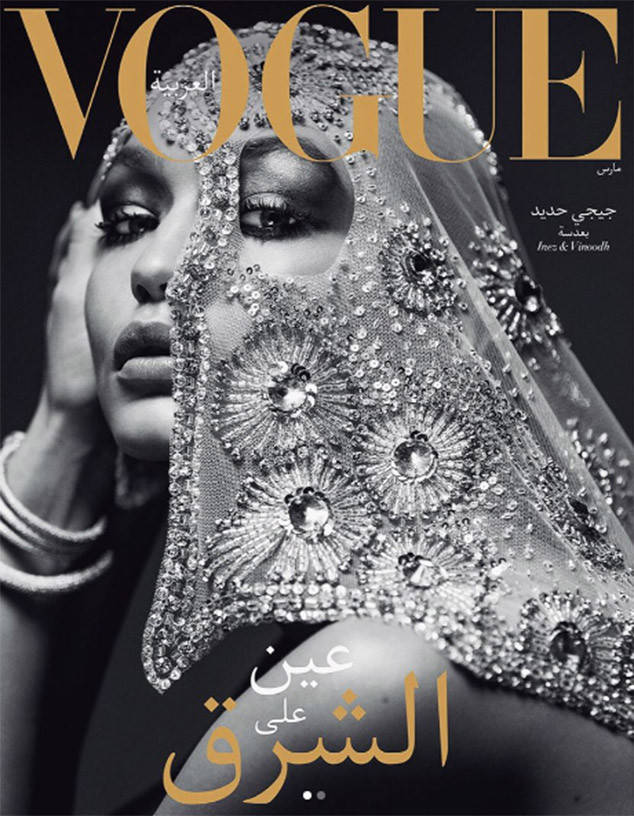 The media conglomerate Conde Nast recently released the first issue of Vogue Arabia. On the cover is Gigi Hadid and the One-Eye sign. The title written in Arabic says: “Eye on the East”. The elite truly has its Eye on the East … and the West. 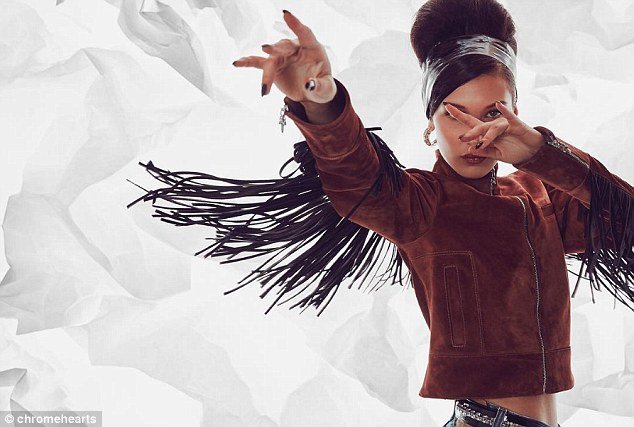 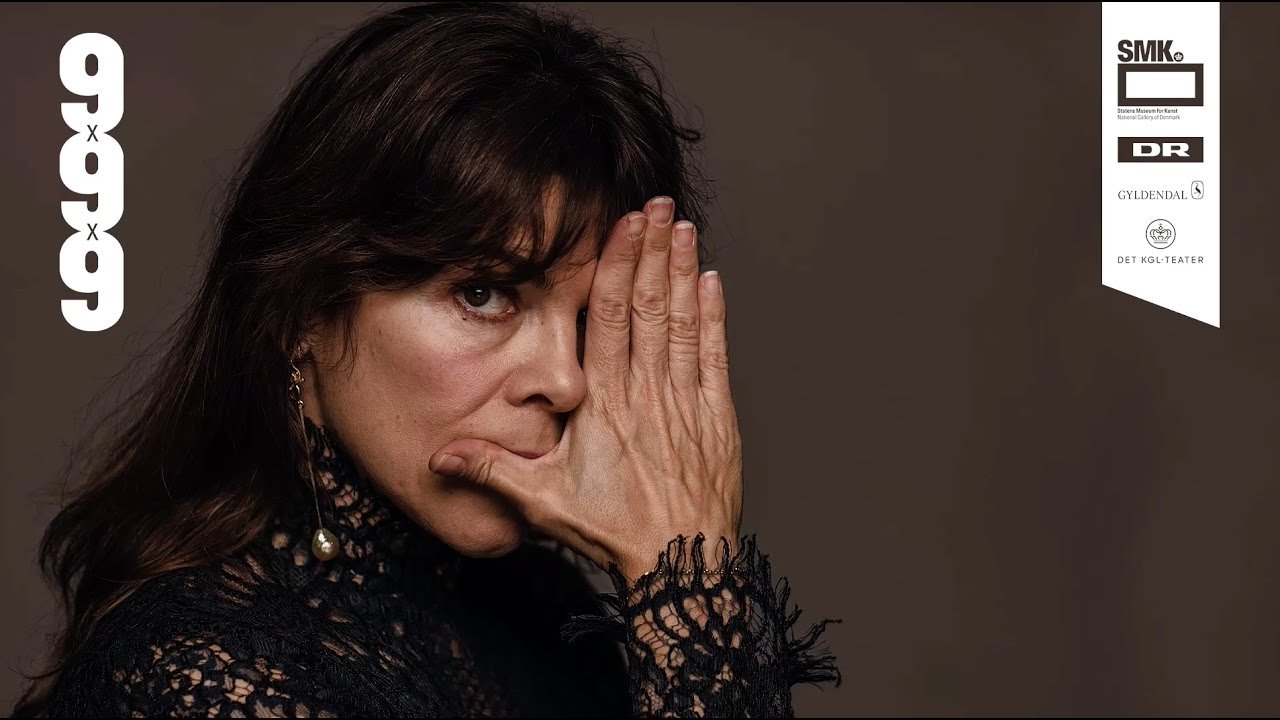 This is an ad for an art exhibit entitled “9x9x9” at the National Gallery of Denmark. Even “national art” needs to be tainted. 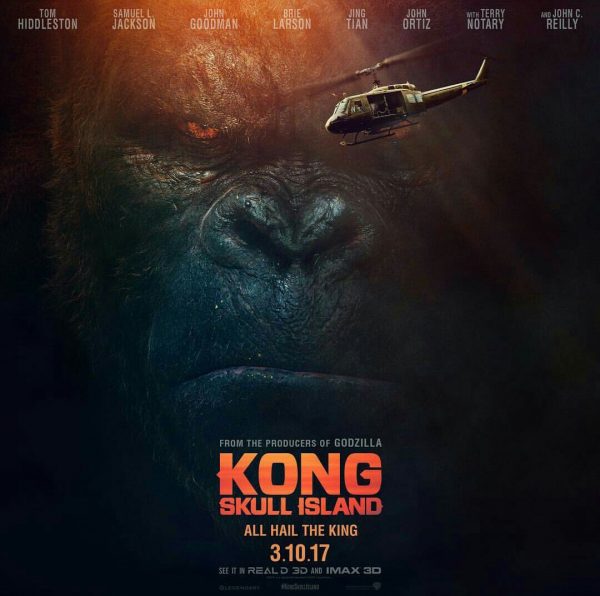 A promotional poster for the movie “Kong Skull Island”. All hail the one-eyed king. 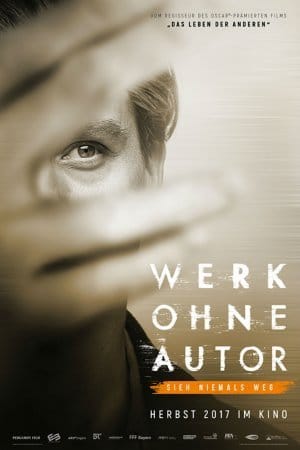 The promotional poster of the German movie “Werk Ohne Autor” = One Eye. 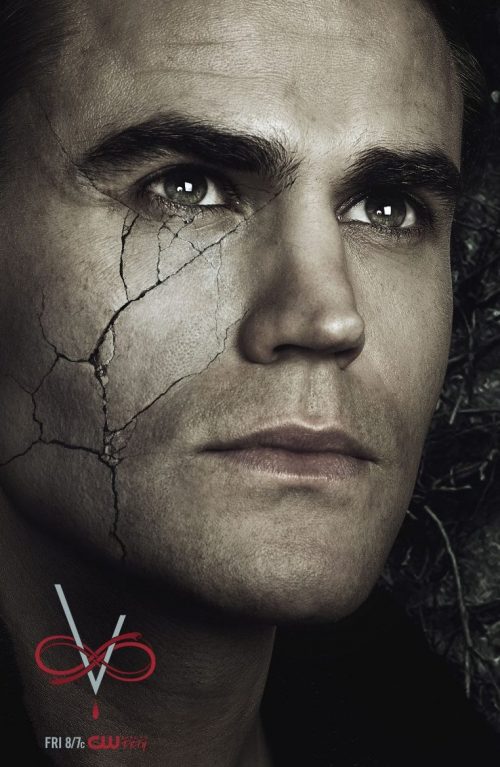 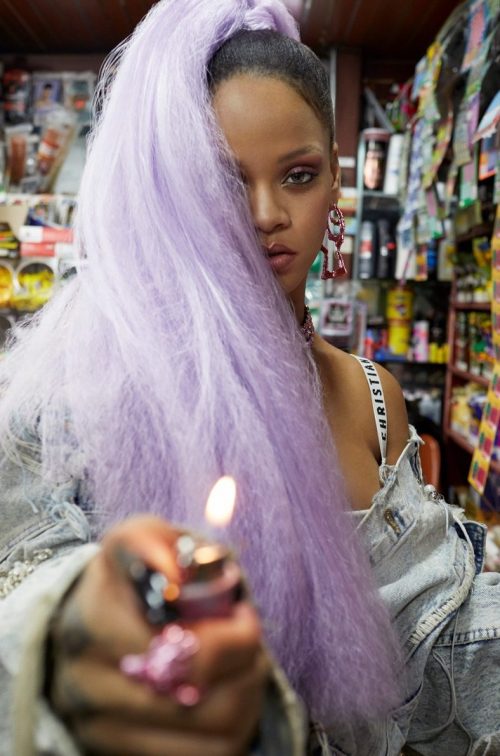 Rihanna strategically hides one eye while being very edgy (she’s holding a lighter!) in Paper magazine. 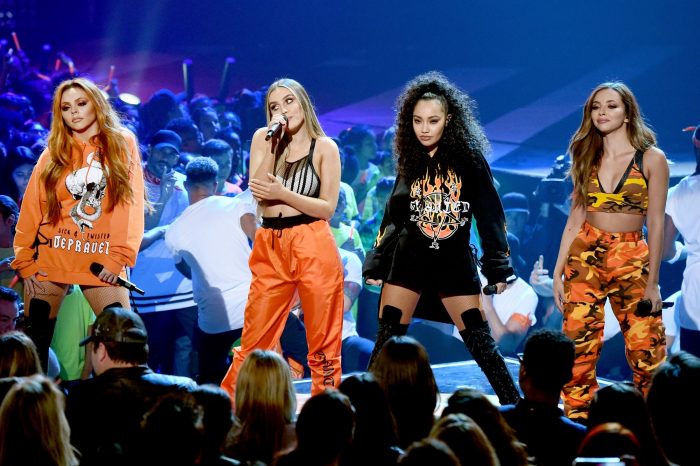 The Kids Choice Awards is, in my humble opinion, worse than cancer and World War I combined. The fact that it is aimed specifically to kids makes it even worse than these two awful things combined. The group Little Mix delivered an uncomfortably sexual performance while wearing clothes with strange messages. The girl on the left (I don’t know her name and don’t care) is wearing a shirt on which is written “sick & twisted DEPRAVED” with a snake going inside a skull’s eye socket. Depraved means “marked by moral corruption or perversion”. Sounds about right. On the black shirt is an inverted pentagram – the symbol of black magick and satanism. The group won the award “Favorite Global Music Star”. Sounds about right. 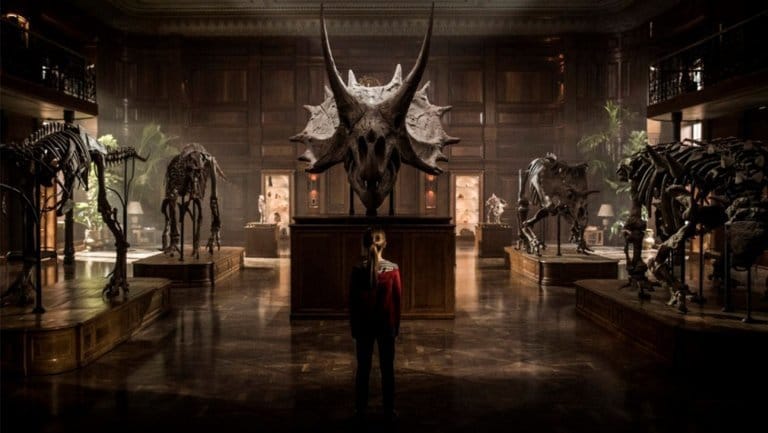 The first image promoting the sequel of Jurassic World features a young girl looking up to a dinosaur skull. Although the skull appears to be of a triceratops, the exaggerated horns makes it reminiscent to the head of Baphomet. Before you go to the comments and type “BRO YOU REACHING BRO.”, look at this and compare. 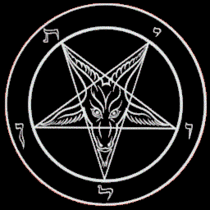 The goat of Mendes made to fit an inverted pentagram. 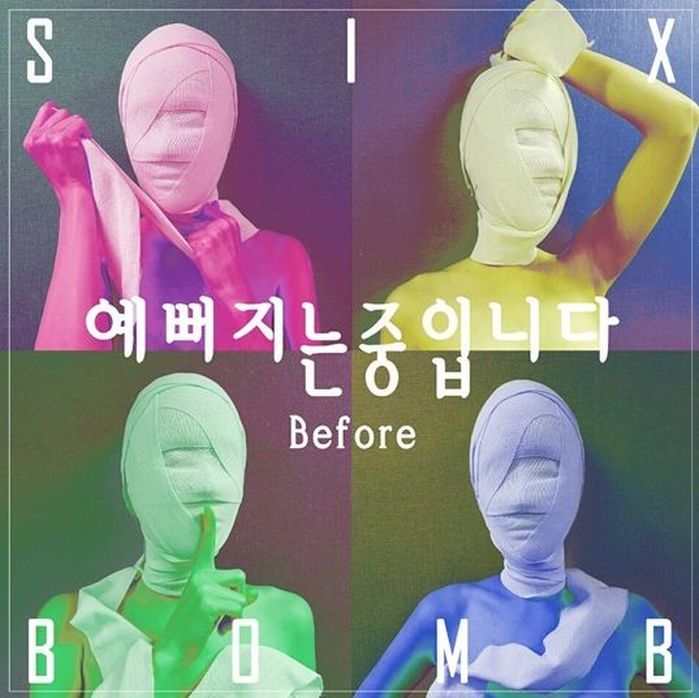 The K-Pop group Six Bomb released two singles entitled “Getting Prettier Before & After” where the entire group underwent ACTUAL radical plastic surgery to change their faces. I’ve written several articles about K-Pop, its occult symbolism and the exploitation of its artists and this latest stunt further confirms the lack of control these girls have over their careers, let alone their physical integrity.

Discuss this article in its dedicated thread at The Vigilant Citizen forums.