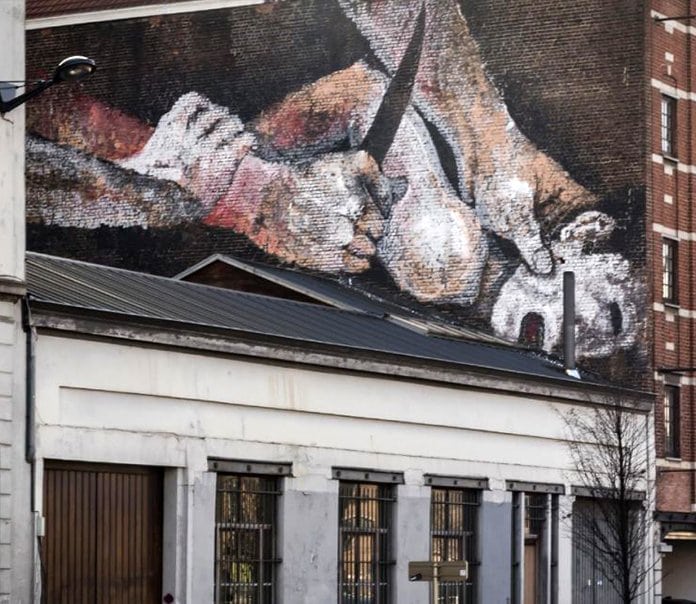 In this edition of SPOTM: Various examples of insanity being celebrated as “art”, the “gender revolution” and, of course, the One-Eye sign is still everywhere. 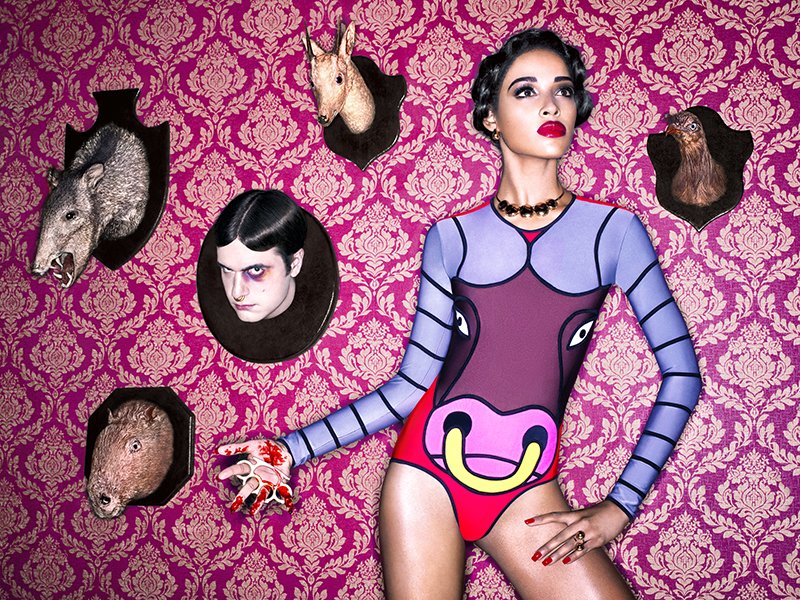 Kolor Collective is Rio de Janeiro-based creative group that is described as “afro-feminist fantasist”. According to The Guardian, the group explores “challenges the struggle faced by black women in Brazil through theatrical and provocative art”. The actual message of some of these pictures is actually much more aggressive. The images portray “empowerment” through hate and even violence. In this picture, a man, who apparently was savagely beaten to death, is hung on a wall like a hunting trophy. So inspiring. 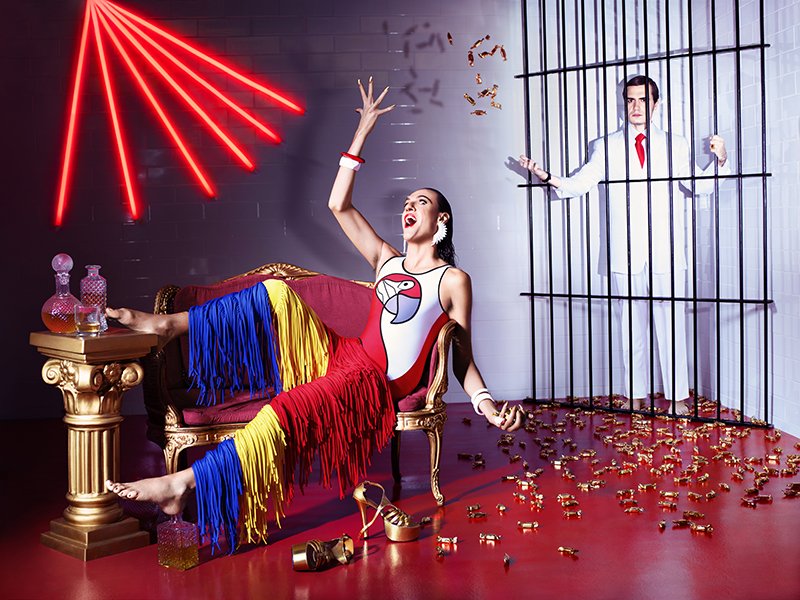 A man dressed in a suit imprisoned by a man in drag. 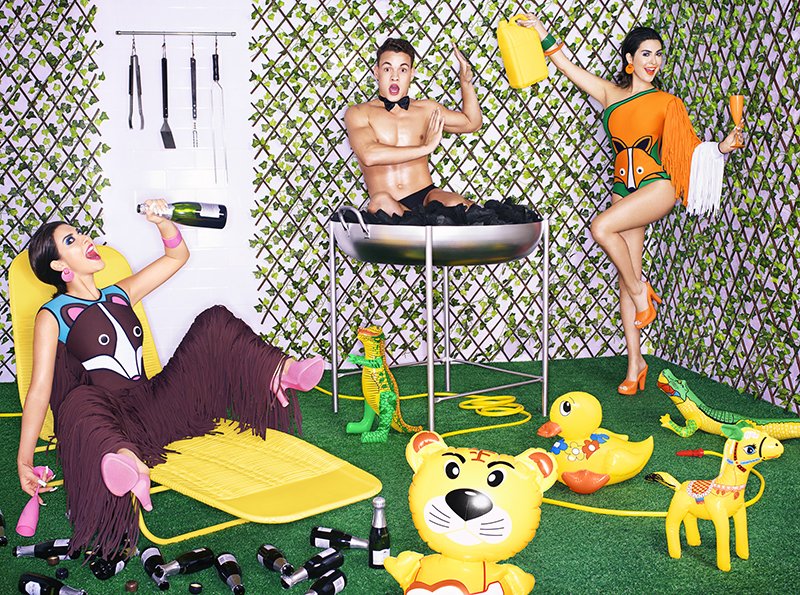 A man dressed like a stripper about to be barbecued by two drunken models. 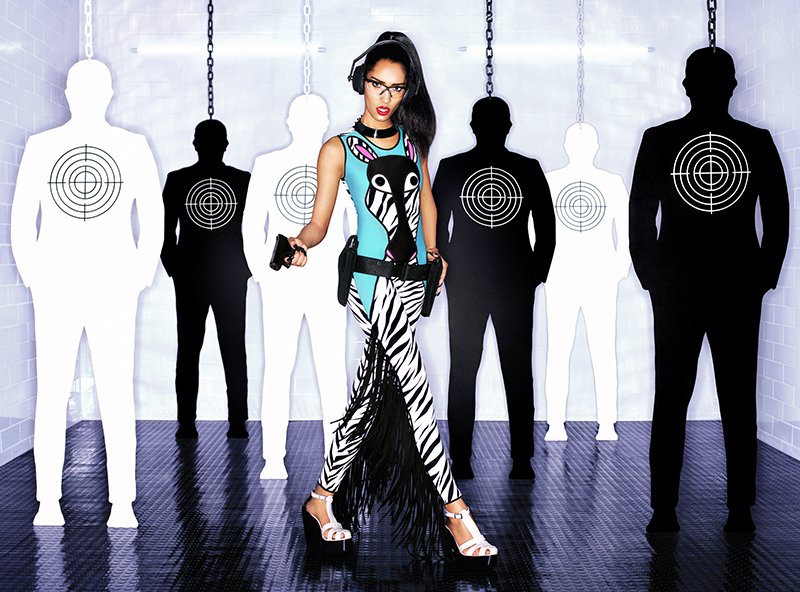 A woman in a shooting range where the targets are men. Is this truly “feminism”? Isn’t it about equality? Why has it become about all-out hatred? There are dozens of other pics that could be posted here but you probably get it by now. What would have been the reception of is the roles were reversed? Outrage. 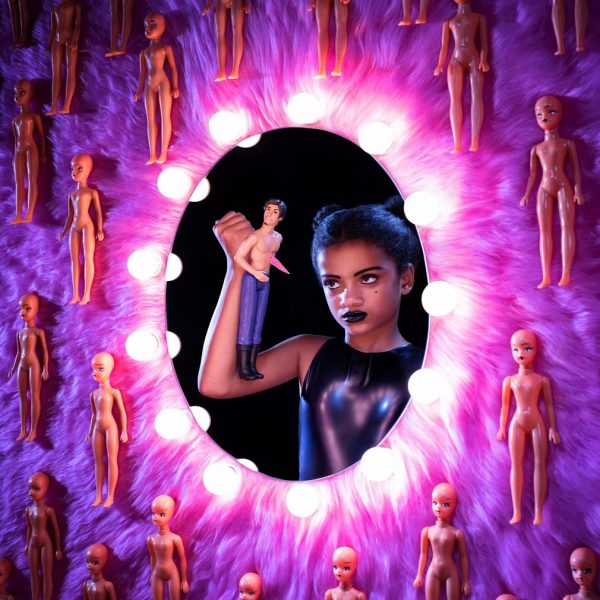 In this pic, a young black girl stabs a Ken doll. This is the opposite of empowerment, it is about radicalizing and infusing with hatred groups of people. 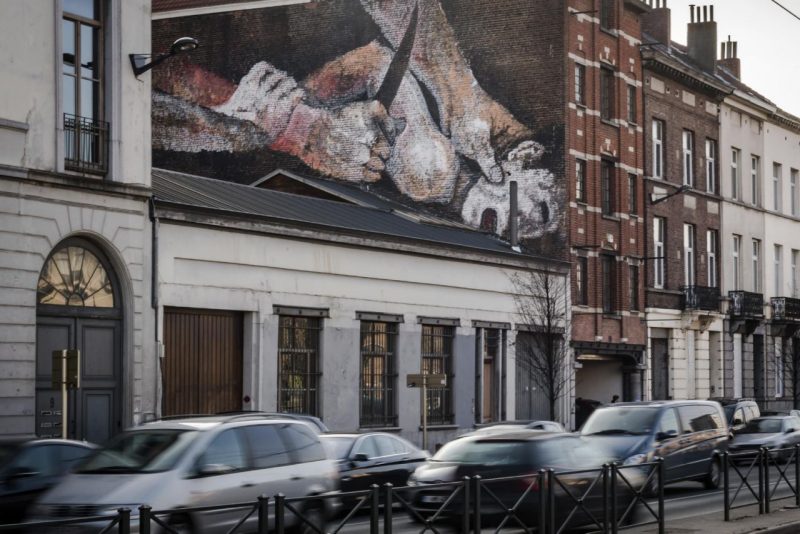 In another example of horrific abuse being presented as “art”, two deeply disturbing murals appeared overnight in Brussels. This one depicts a young boy held down by a man holding a knife. It is inspired by the painting “The There is something deeply wrong with our society if this is deemed “art” that is OK to display in the streets. 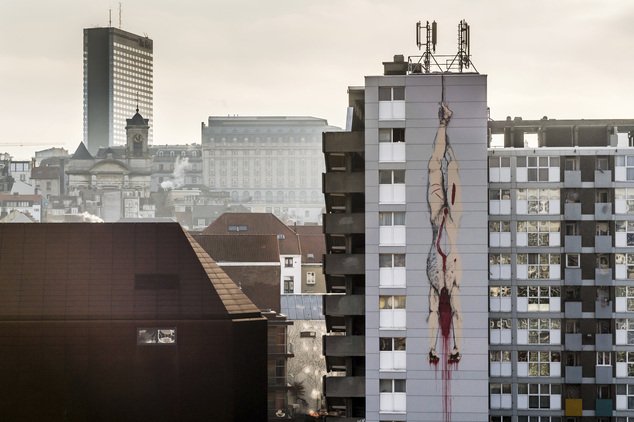 Another mural depicts gutted body hanging upside down with blood seeping out. In the end, this “art” is a symptom of the toxic mindstate that permeates society. 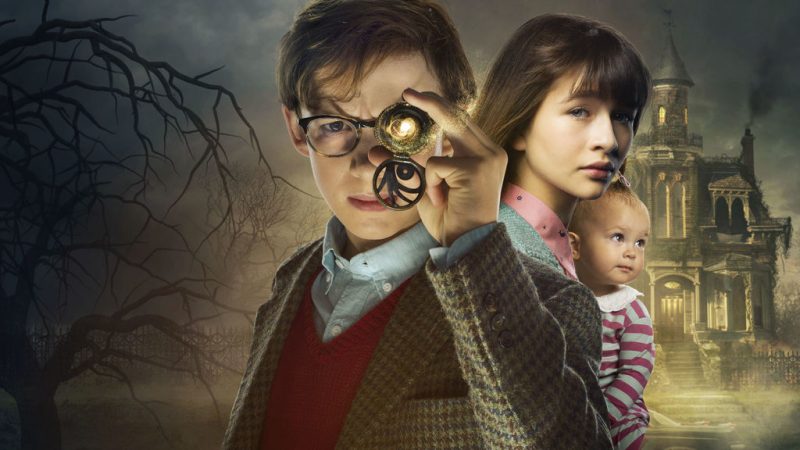 Of course, the One-Eye sign has been everywhere in the past weeks. And Netflix has it all over its platform. Here’s a promotional image for A Series of Unfortunate Events. 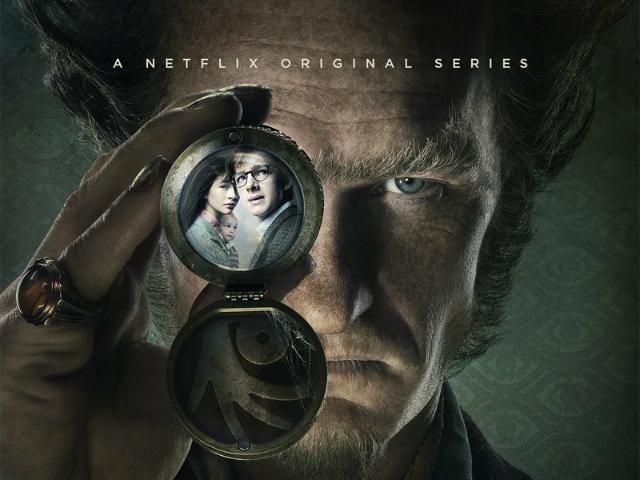 Here’s another one from the same series.

This is the promotional image for another Netflix production, iBoy. Or should I say EyeBoy … Get it? … Because of the eye… 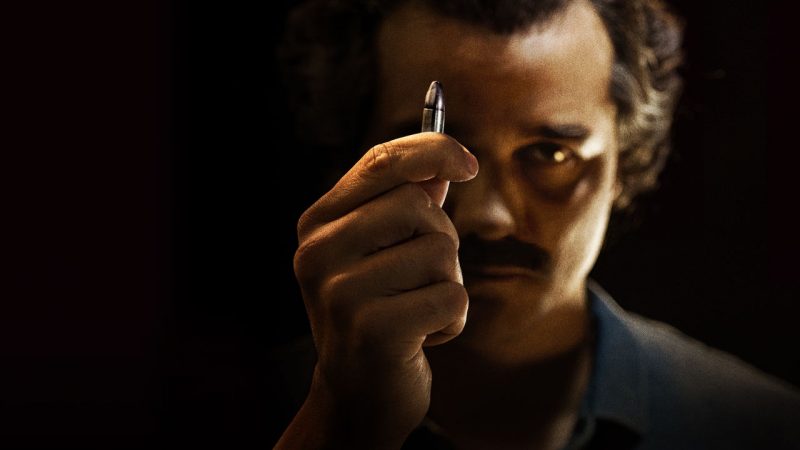 Narcos, another Netflix original. They love that One-Eye sign. Did you think that the elite’s symbolism would not follow the streaming media revolution? 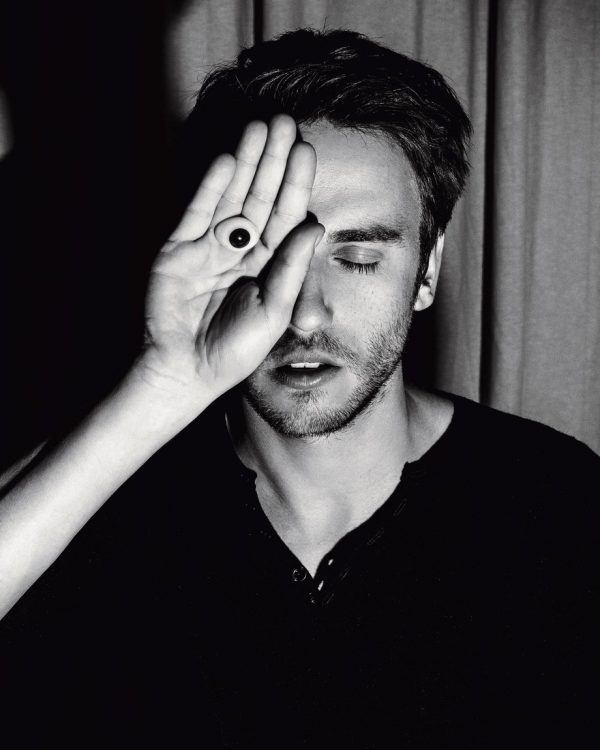 Clueso is a popular German singer signed with Sony Music. This is a recent pic of him thanking the industry for letting him being popular. 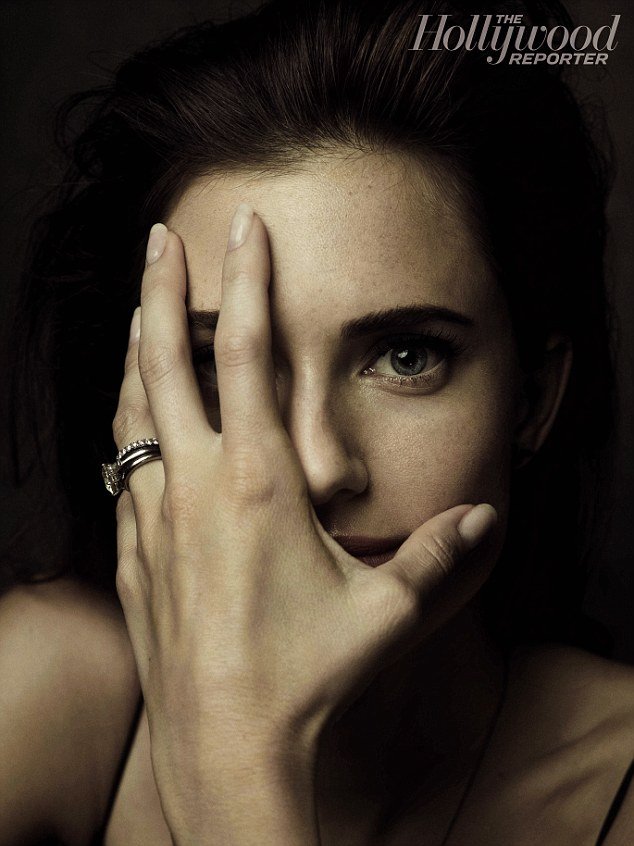 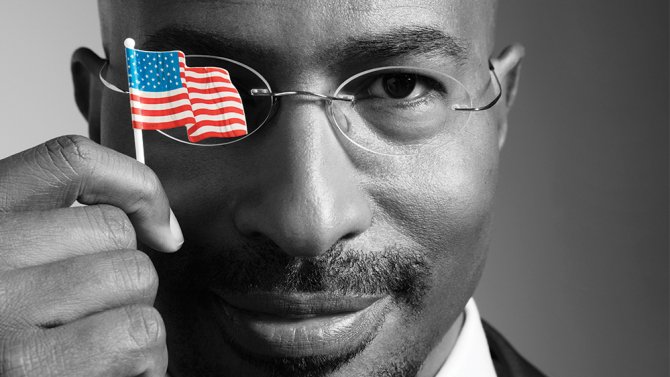 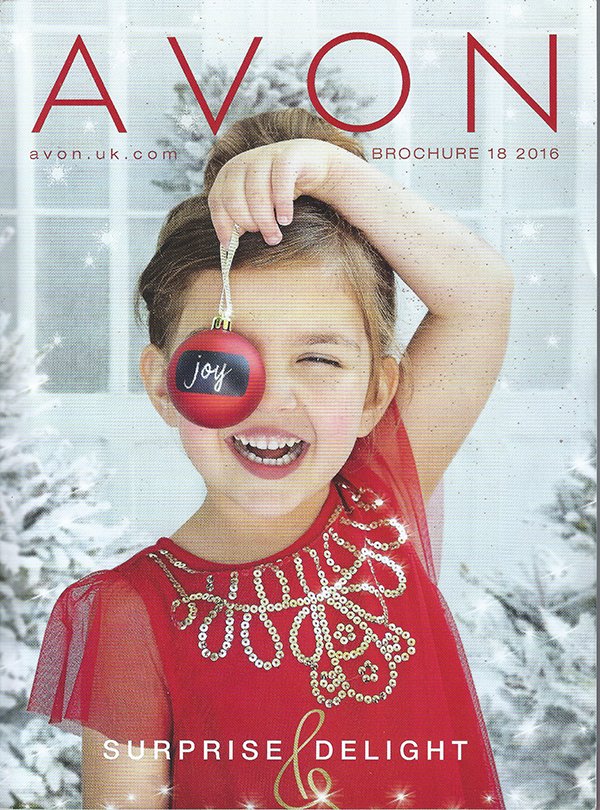 The cover of Avon UK features a girl hiding one eye. Using children to push the elite’s agenda is SO CUTE. 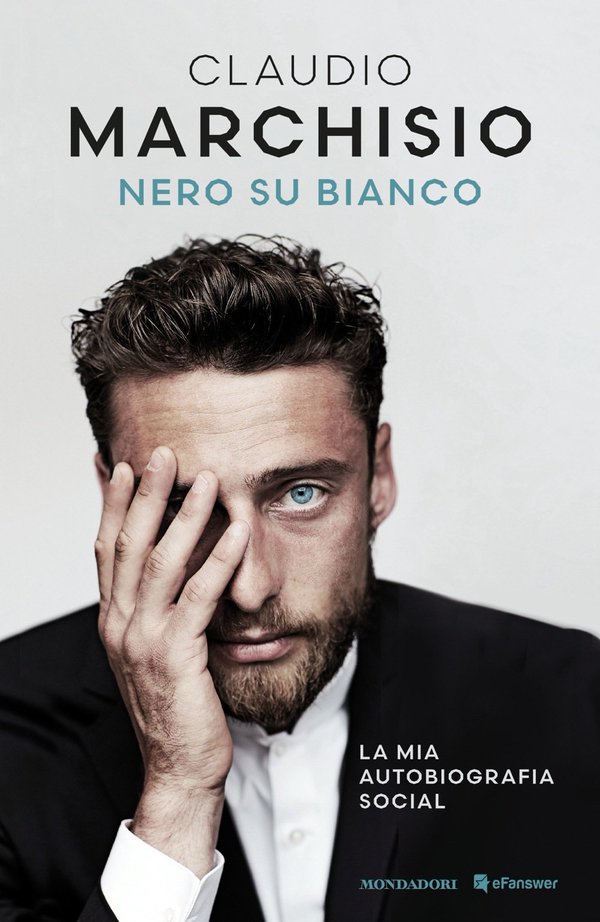 The cover of the autobiography of Juventus footballer Claudio Marchisio features him doing the One-Eye sign. The number of book covers featuring celebrities doing that sign is ridiculous.

Azealia Banks posts all kinds of crazy stuff on social media but this one probably takes the cake. It’s a video of her announcing that she is about to clean the closet she uses for “brujeria”, which is a Spanish word for witchcraft. She sacrifices live chicken in there. She then proceeds to sandblast a thick layer of dried blood and feathers. 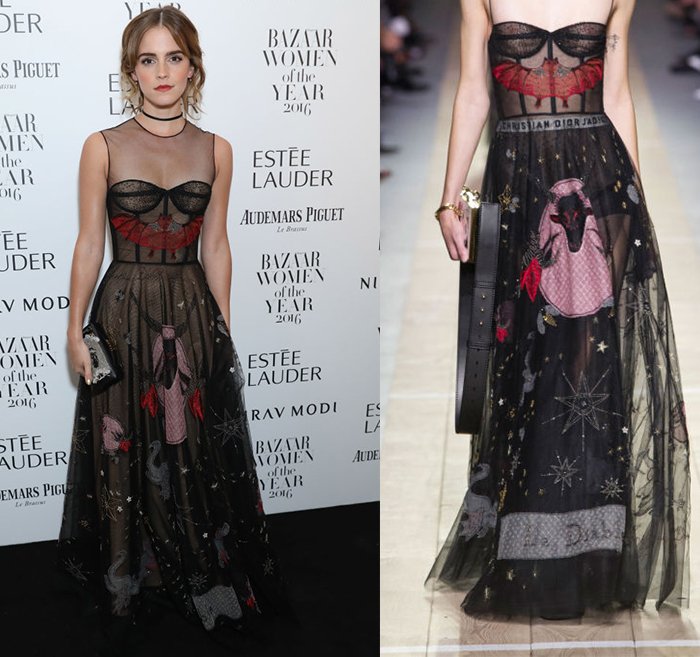 On the left is Emma Watson at Harper’s Bazaar Women of the Year Awards. Most critics said that she had a very pretty Christian Dior dress. A closer look at it (left) reveals that there’s a big Baphomet head on it. At the bottom is stitched “Le Diable” which means “The Devil” in French. Emma won the “Inspiration of the Year” award that night. 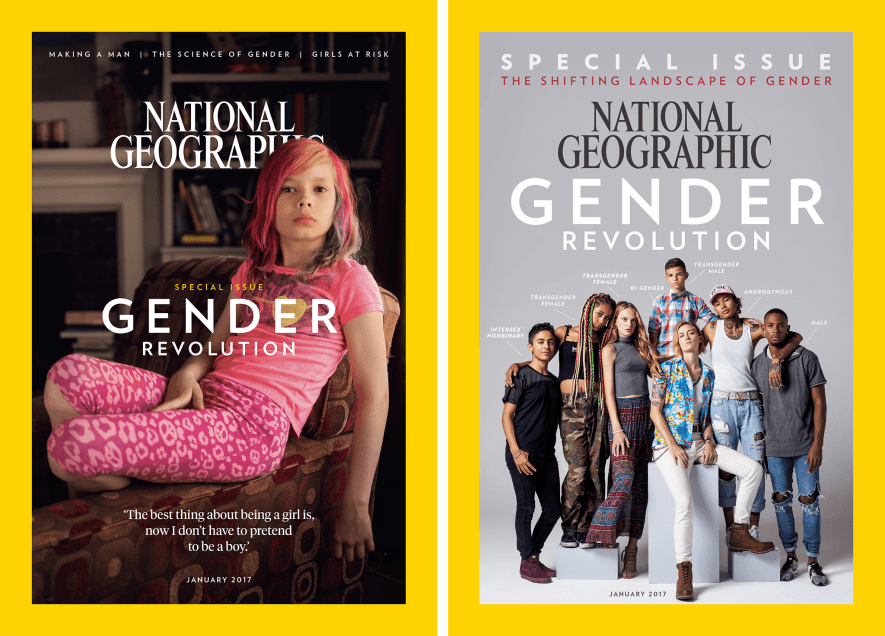 The January issue of National Geographic was titled “Gender Revolution: The Shifting Landscape of Gender” and featured a transgender child (left). Once again, mass media is oddly pushing for the normalization of the sex change of children who did not even reach puberty yet. Why, though? Why can’t they wait to adulthood to make this life-altering change?Some children are even given hormone-blocking drugs by their parents to “facilitate” gender change. This is in my humble opinion, nothing less than child abuse. The cover on the right features children and teens constituting a “spectrum” of genders – including one who is “intersex nonbinary”. Interesting fact, the gender “female” is not on the cover. Yup. One of the actual two genders is not even there. Thank you for NatGeo for keeping up with your original mission which is “to increase and diffuse geographic knowledge.”

Special thanks to everybody who sent in pics!