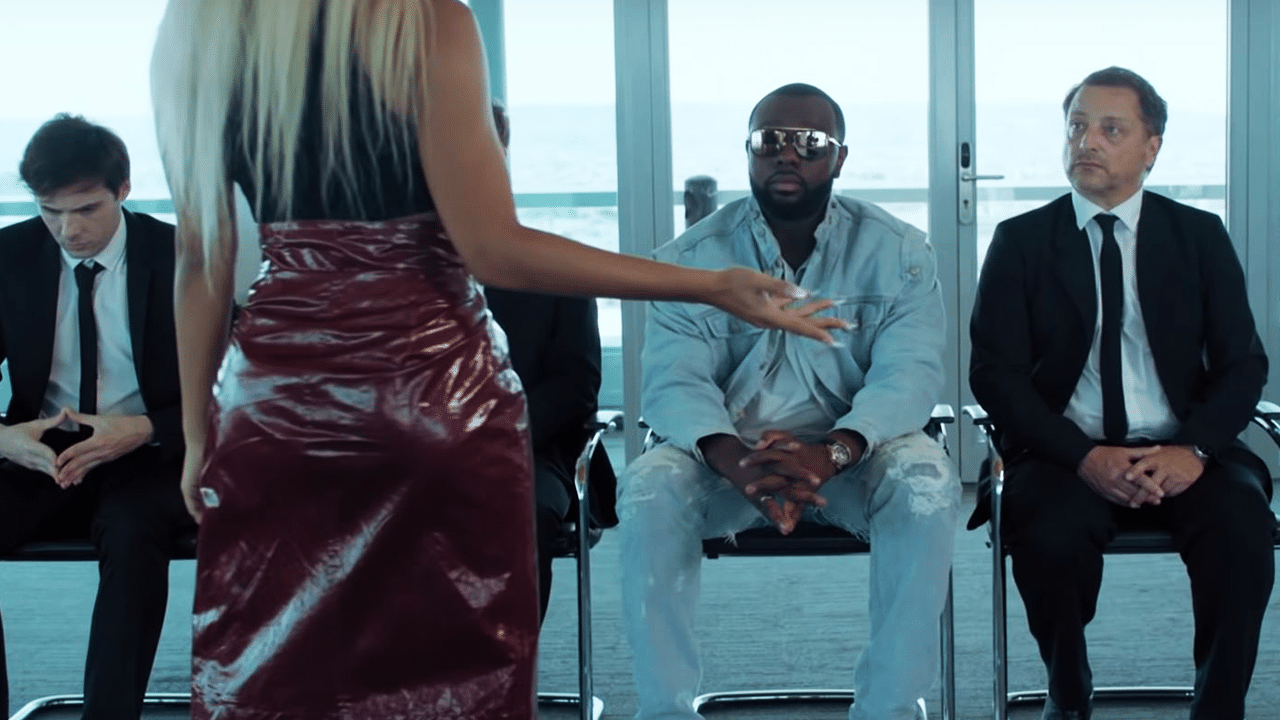 Although Maître Gims is barely known in the U.S., he is kind of a big deal in Europe. His last two albums reached number one in France and in Belgium and peaked at the top 40 of various European countries such as Denmark, Italy, and Switzerland. In 2018, his hit single La Même made him the most played artist on French radio and television while becoming the 7th most played artist worldwide on Deezer. This notoriety allowed Gims to work with several international artists such as Sia, Pitbull, Lil Wayne, J Balvin, Maluma, Sting, Stromae, and others. Gims now owns his own record label (named MMC), which is affiliated with Universal Music France.

So did all of this success come at a cost? According to his video Le Prix à Payer (which stands for The Pice to Pay): Yes, big time. Indeed, the video depicts, in a highly symbolic manner, the price to pay to become successful in the music industry. And it is all about shutting up and obeying the occult forces that rule it.

The Price to Pay

The video begins with Gims sitting in a waiting room with men dressed similarly. A mysterious woman dressed in black and red (the favorite colors of the occult elite) walks to him.

The woman indicates Gims to follow her. He’s been chosen.

The woman takes Gims to a board room that contains some rather symbolic elements.

Gims stands in front of the woman and a record exec. Between them, we can see picture frames containing variations of the most recognizable symbol associated with the occult elite: The eye-seeing eye inside a triangle.

A closeup of the symbols on display in that room.

To add to the symbolism of the scene, these frames are hung on the pillars of the rooms – symbolically indicating that the occult elite that “holds the weight” of this industry.

Although the woman is alluring, her eyes indicate that there’s something “supernatural” about her. Is she, like, a demon? Or Satan?

The record exec then hands Gims his record contract. To sign these papers, Gims is not offered a pen … but a knife.

Gims cuts himself with the knife and signs the contract with his blood.

This is not a simple business contract. It is a blood oath. It is a staple in occult circles and involves dire prices to pay if the oath is broken.

We do things we truly regret
After some time, I gave an oath
I did it sincerely
We forget that I dream of a life
where I can go to sleep quietly

After signing the contract with blood, Gims’ new life begins.

The mysterious woman (who is still dressed in her red and black outfit) picks up Gims from his house in a limousine.

In this scene, Gims symbolically leaves his family to enter the crazy world of the elite. And, at first, it seems really great.

Inside the limo: Models and champagne. He’s really living the life. OR IS HE?

As the elite’s newest recruit, Gims’ career takes a sudden turn for the best. Also, we realize that Gims has zero input over his image or his career. He’s become a pawn.

Back at the board room, a team of people works on Gims’ album while he sits there and says nothing. Meanwhile, the mysterious girl stands back and watches over everything.

The record exec presents Gims’ new album cover. It contains the secret society’s triangle sign and there are “sunrays” around one of Gims’ eyes creating … of course … the one-eye sign.

Like all industry pawns, Gims has to partake in every single promotional stunt that is planned out for him.

A photographer asks Gims to pose in a specific way and Gims refuses. Then, the photographer gets really pushy about it. The mysterious girl (who is hanging in the background) allows it to happen.

My series of articles Symbolic Pics of the Month often feature photoshoots of artists doing occult elite stuff (i.e. the one-eye sign). Readers often ask who tells these artists to keep doing this stuff. The answer: Industry-chosen photographers are a big part of the equation.

When the photographer gets a little too pushy, Gims’ limo driver tells him to back off.

Scars on the driver’s forearm indicate that he’s part of the secret society.

After all of these emotions, Gims needs a break. And the limo driver has exactly what he needs.

The limo driver pops open the drunk to reveal a case of ice-cold Fanta.

Gims twists open a Fanta and drink it with a satisfied look on his face. Oh yes, there’s nothing like a 250ml bottle of Fanta to quench your thirst after a hard day fighting the Illuminati.

So, obviously, this is product placement. It is not satirical and it is not a “commentary” about fame. It is a real product placement paid by The Coca-Cola Company to Universal Music Group. And Gims had to hold that bottle and drink it. In short, this weird scene basically confirms that Gims is not truly “rebelling” against anything. He is still very much part of that system.

After this refreshing Fanta break, Gims continues his meteoric rise to success.

Gims is on the cover of magazines worldwide.

He tours the world and performs in packed stadiums.

Although Gims appears to be living the dream, he is not.

Gims realizes that the blood oath cut is leaving a nasty scar.

The scar is a representation of the never-healing “wound” that comes with selling one’s soul. And Gims realizes that being a celebrity is not all fun and games. Those who control him actually do not care about him and use him in whatever way they feel fit.

This fake, artificially created event is captured by the mysterious woman who posts it on social media to generate viral buzz.

After all of the shenanigans, things get real.

Gims finds himself at this massive château with his elite owners.

Gims tells the record exec that he is sick of this crap while pointing at his scar. He then storms out of the room.

Gims then finds himself at the center of an occult ritual that is presided by the record exec.

Gims is laying down and his hands are bound. Is he about to be ritually sacrificed?

The record exec calls on a higher force. Probably Satan. His attire is strikingly similar to the traditional garb of Masonic Worshipful Masters. 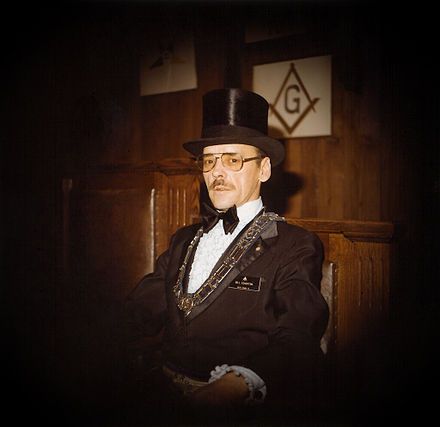 Luckily for Gims, one of the hooded men hands him a knife, allowing him to free himself and run away. However, that probably means that his music career is over. However, in real life, his actual music career is still alive and well. So, what does that mean?

Le Prix à Payer is one of the most blatant exposures of the music industry and its dark side ever created. It depicts several elements that were discussed on this site for years such as the oath required while signing a record contract, the lack of control of artists over their own careers and image, the prevalence of the one-eye sign and the all-importance of occult rituals and sacrifices.

Judging by the comments about this video on YouTube, many believe that this video is actually a call for help. Indeed, the song lyrics convey regret and powerlessness while the video depicts a reluctant artist going through the motions of being an industry pawn.

While the video shows a clear desire to break free from it all, it also contains elements that indicate that this is not actually happening. For instance, that weird Fanta product placement screams out: “This video was sponsored by the Coca-Cola Company”. Most artists hate seeing their work compromised by such shameless advertising and it is often imposed by the record company. On the other hand, one might say: Kudos on getting paid while exposing the industry.

If the video actually exposes the record industry, why was it allowed by this major, elite-owned label? Well, first, the video is cartoony enough to fictionalize the entire subject. Second, the elite actually wants to reveal some part of itself to the masses. And it wants us to know that, if you cross it … there’s a price to pay.

“Illuminati” by Lil Pump: Yeah, This Is What the Music Industry Has Sunken To