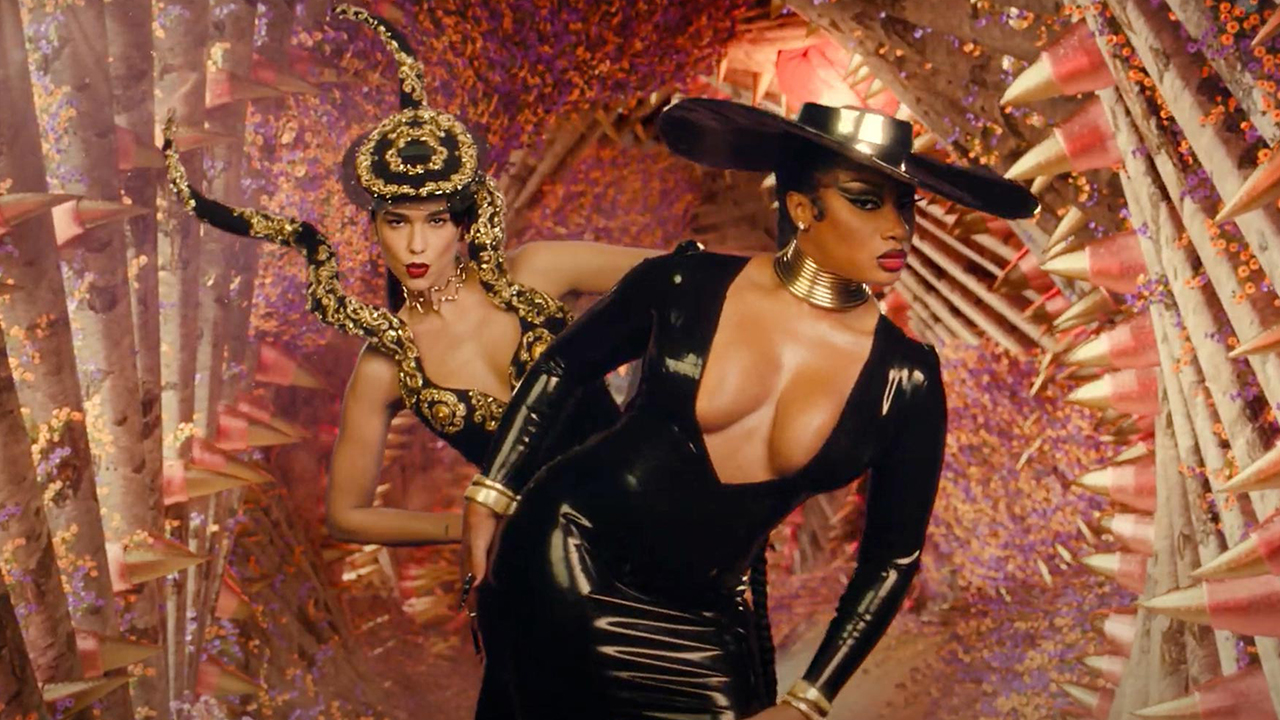 The last time I’ve written about Megan Thee Stallion, it was in an article about the video WAP. In case you didn’t know, WAP stands for “wet ass p*ssy”. Now, Stallion unleashed unto the world Sweetest Pie – a song with a title that is also centered around female genitalia. Decidedly, Stallion is a fountain of creative song ideas.

While the lyrics of WAP and Sweetest Pie both focus on all-around thothery, their respective videos take things to a whole other level. And, in Sweetest Pie, the symbolism is rather powerful. Indeed, through age-old symbolism, the video taps into deep-seethed archetypes relating to sexuality and dark spirituality while creating a sense of discomfort in the viewers by exploiting their natural aversion to specific images. Yup, those are big words to describe a video that contains a wall made of butts.

In Sweetest Pie, Megan Thee Stallion and Dua Lipa play the role of cannibalistic witches who lure men into their den to eat them. The video is heavily inspired by Hansel and Gretel, an ancient fairy tale that is still highly relevant today. 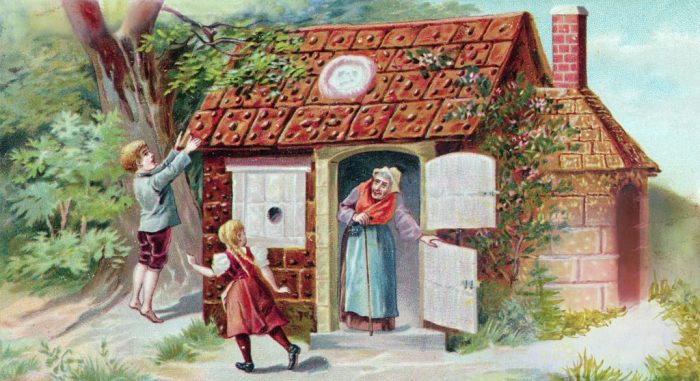 A classic depiction of Hansel and Gretel being lured into the witch’s gingerbread house.

In order to understand the full meaning of Sweetest Pie, one must first be familiar with Hansel and Gretel. Legends and fairy tales often contain elements that appear to be pure fantasy to the average person. However, to those who are steeped in occultism, these stories become much more factual.

Here’s a quick summation of this German fairy tale which first emerged in the Middle ages:

Hansel and Gretel are the children of a poor woodcutter. As famine settles over the land, the woodcutter’s second wife convinces him to abandon the children in the woods to avoid starvation. After realizing that their evil stepmother really hates them, Hansel and Gretel wander around the woods to ultimately discover a large cottage made of gingerbread, cookies, cakes, and candy.

As the hungry children eat the rooftop of the house, an old woman emerges and lures them inside with promises of soft beds and delicious foods. They enter without realizing that their hostess is actually a cannibalistic witch who built the house to attract children in order to eat them. The witch locks Hansel into a cage and feeds him regularly to fatten him up. Meanwhile, Gretel is forced to become the witch’s slave.

One day, Gretel realizes that the witch is heating up her oven and is planning to eat her. Using a clever ruse, Gretel shoves the witch into the hot oven, bolts the door shut and leaves “the ungodly witch to be burned in ashes”. The children then escape and go back home to their father. As an added bonus, they realize that their evil stepmother is dead and they live happily ever after.

We can take away a few things from this story. First, it deals with three of the occult elite’s favorite obsessions: Witchcraft, cannibalism, and preying on children. Since forever, those who practice the “dark arts” (aka black magic) are convinced that consuming human flesh and blood provides some sort of life force and/or occult power. And children are believed to be full of whatever they’re after.

So this story about a witch catching children to eat them is not just pure fantasy. It is based on historical accounts of truly evil people who have done atrocious things in the past.

In Sweetest Pie, Megan Thee Stallion and Dua Lipa play the role of the witch. Of course. What else do you expect from entertainers who are pawns of the occult elite?

Sweetest Pie is a retelling of Hansel and Gretel but with a toxic twist. Spoiler: The witches win.

The video begins with two dudes wandering the woods looking for something. Probably WAP.

Hansel and Hansel II find a mysterious house with Megan Thee Stallion and Dua Lipa waiting for them.

That’s not a gingerbread house, that’s a vagina house and it was built to lure thirsty men. However, there’s a catch. The entrance has “teeth” (which are actually made of human legs). This image is a reference to the ancient and archetypal (which means “embedded in the collective unconscious”) symbol known as “vagina dentata”.

Found in the folk tales of various cultures, the dentata represent the dangers of copulation with the wrong women which can lead to emasculation and castration.

The occult elite loves this symbol because it perfectly represents their brand of toxic feminism. For instance, Miley Cyrus’ video Mother’s Daughter (which happens to contain a bunch of toxic messages) is centered around that symbol as well. 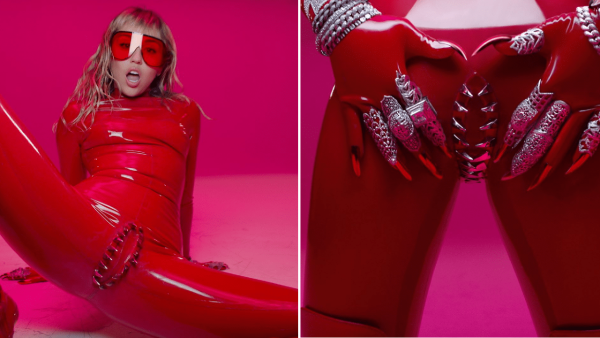 In my article about Mother’s Daughter, I explain:

Beyond the folk tales, the dentata aptly represents an important aspect of today’s mass media agenda: The weaponization of feminity. It is about using “feminism” (a distorted version of it) for social engineering. It is about turning the female body (with all of its warm, receptive and nurturing qualities) against its own nature. It is about radicalizing sexes and breeding hatred between males and females.

Despite all of this, Hansel and Hansel II enter the house.

Inside, the boys stuff their faces with cake.

In the screenshot above, notice the “tables”. They are actually women in sexy outfits with plastic wrapped around their heads. Kids: Don’t do this. It’s is a great way to suffocate to death. The “tables” puts on full display the hypocrisy of the pseudo-feminist message of the video. These two women are dehumanized, subjected to torture, and turned into human furniture. This conveys the fact that the two witches do not care about the equality or even the dignity of women. They only care about using their powers to control, dominate and pursue their evil deeds. Such as eating humans.

The two dudes are thrown in boiling water.

Once again, mass media is celebrating cannibalism. The elite keeps exposing young people to this concept because they want to normalize it. More importantly, they want people to stop believing that it is an abhorrent practice that goes against our very nature.

If you can get past the wall made of butts (I hope they don’t pass gas), notice that the bubbling cauldron is at the center of a maze motif.

The presence of this maze strongly hints at a specific idea: The consumption of human flesh is not merely about nourishment, it is part of an occult ritual.

“Labyrinths and mazes were favored places of initiation among many ancient cults. (…) The famous labyrinth of Crete, in which roamed the bull-headed Minotaur, was unquestionably a place of initiation into the Cretan Mysteries.”
– Manly P. Hall, The Secret Teachings of All Ages 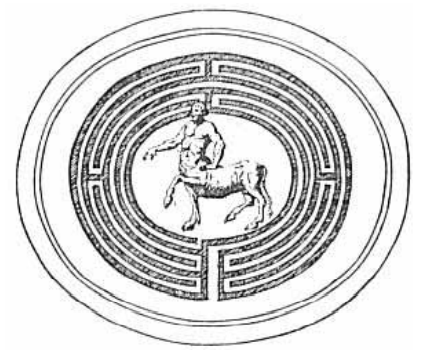 The maze in Sweetest Pie appears to be modeled on classic depictions of the labyrinth of Crete.

Meanwhile, as the dudes are boiling, Megan is dancing around with demons.

After this occult madness, things get worse. The viewers are treated with several unsettling images that are custom-made to generate feelings of discomfort.

In a scene that lasts less than a second, one of the dudes is naked and powerless as a spiral of fingers points at him. They really hate men and they want to torment them.

Dua Lipa removes a slice of pie from her face. Things are getting less sexy and more disturbing by the second.

Faced with this nonsense, the men in the video rebel and rise up against the witches. 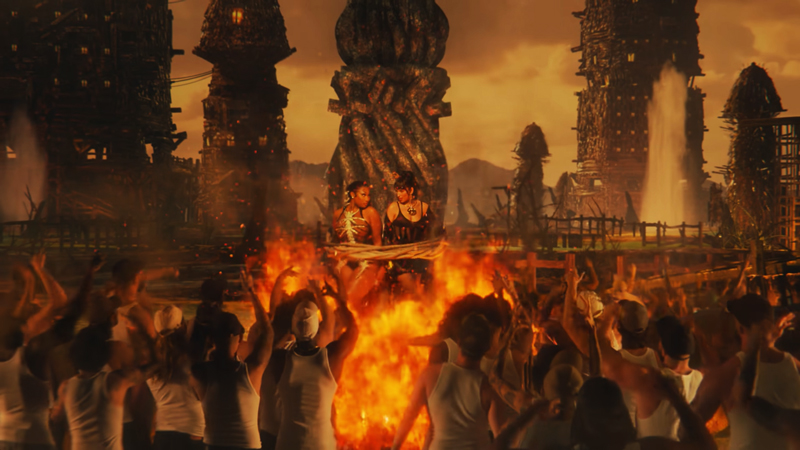 A bunch of dudes tie up the witches and burn them at the stake.

There’s a lot to unpack in the scene above. First, all of the structures in this scene are unmistakably phallic. This might be a symbolic representation of the “patriarchy” where men oppress women, especially poor Megan Stallion and Dua Lipa.

Second, why are men and women living in separate worlds? Believe it or not, men and women live in the same world. We share the same hardships and, in actuality, we complete each other. But these nice thoughts do not mesh well with the elite’s toxic agenda of hatred and division.

Finally, all of the men in that scene are wearing wifebeater shirts. Are they subtly suggesting that all men beat their wives? Way to generalize about 4 billion people. Whatever the case may be, this scene oozes hatred towards men.

So does this video end like in Hansel and Gretel? Do the ungodly witches get burned to ashes? Nope.

The ungodly witches use their powers to burn the entire phallic world to ashes. Men are dropping from the sky and are buried in the ground. That’ll show them. How dare they refuse to be eaten?

So, after luring men, tormenting them, and attempting to eat them, the witches burn down their entire world. In other words, there’s nothing sweet about that pie. It’s a very evil pie. To make sure you understand that point, the video ends with a weird yet highly symbolic scene.

Megan levitates while facing a snake.

Once again, there’s a lot to unpack here. First, Megan and the snake are at the center of a maze which implies that the scene has a ritualistic dimension. Second, Megan is levitating. Throughout history, levitation has been associated with occult rituals and demonic possession. Third, Megan is under the spell of a giant snake. In the Book of Genesis, the devil takes the shape of a snake and convinces Eve to take a bite from the proverbial apple. Here, Megan doesn’t appear to be mad at the snake. In fact, she appears to be having a good time … a very good time.

When the scene is viewed from another angle, things become clear: The snake is pleasuring Megan … with its pointy, venomous tongue.

Yup, the video ends with a reptile representing the devil tonguing Megan in a ritualistic setting. The target audience of this video: 13-year-old girls.

Sweetest Pie is part of a brainwashing program that has been identified on this site years ago. The goal: To create a new form of “feminism” based on a toxic combo of hatred and witchcraft. The goal is not equality, it is submission to the elite and to Satan himself (see the last scene of the video). Furthermore, the video trains young people in believing that partaking in the elite’s sick obsessions (such as cannibalism) is pretty darn cool. I mean, even Dua Lipa is doing it.

However, this program is fueled by great hypocrisy. As we’ve seen in the human tables scene, some women in the video are treated as subhuman slaves. These people do not care about the average woman. They are the same people who are currently attempting to erase the word “woman” from our vocabulary to replace it with dehumanizing terms such as “bodies with vaginas”.

Their version of “empowerment” is a trap and leads to the complete opposite: Enslavement. In other words, following their doctrine won’t turn you into a powerful witch. It will turn you into a human table suffocating in plastic.