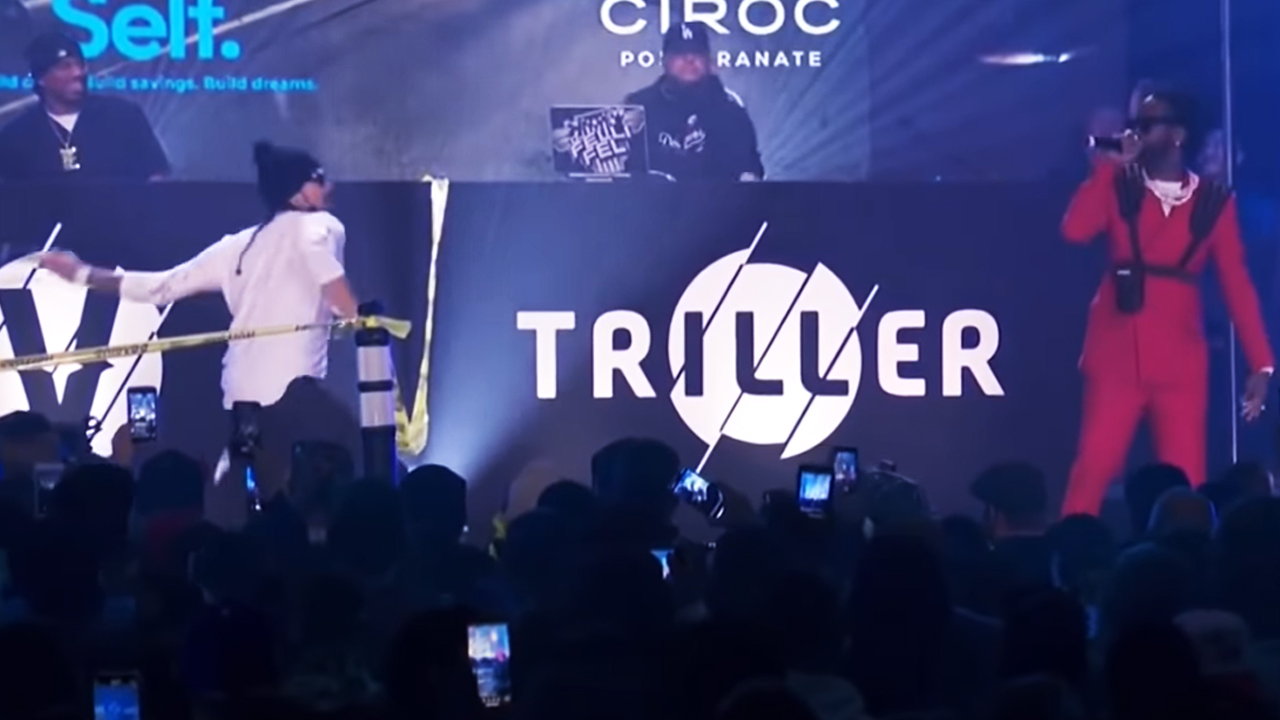 Fortunately, nobody got hurt. Once everyone cooled off, the show went on and Bizzy Bone came back out to apologize to the crowd and the artists.

While this altercation seemingly spurred out of nowhere, animosity between Bizzy Bone and Three 6 Mafia had been building up for weeks. Indeed, while promoting the upcoming Verzuz, Bizzy made it a point to call Three 6 Mafia “devil worshippers”. Over and over again.

Three 6 Mafia members made it quickly known that they did not appreciate being called devil worshippers. They also pointed out that early Bone-Thugs music contained dark occult references (namely Ouija). However, Bizzy kept at it. In an Instagram post, Bizzy wrote:

This entire time during the countdown to this Verzuz , these n***az have been b*tching about posts. What they are saying in a nut shell is , they don’t want to be called devil worshippers. Well wtf is you and wtf is your name three sixes for? Whats that a acronym for? FOH. (Mello rebound) That is the mark of the beast is it not? Ya’ll grew up in the church so you knew the ramifications behind naming ya self that to MAKE PEOPLE THINK YOU SOLD YOUR SOUL FOR RICHES AND FAME (thats a classic). Now you got your money and u wanna act like nobody can call you out on it? Ya’ll got me f’d up. I say what i want when i want. I ain’t saving you n***az because YOU DON’T WANNA BE SAVED.

Prior to Verzuz battles, artists are expected to “talk smack” on social media to hype up the event. However, Bizzy took things to another level. And, after the Verzuz battle, he kept going.

In the hours that followed the Verzuz (while the other artists were partying) Bizzy got comfy in his hotel room, made some tea, and talked on YouTube for nearly two and a half hours.

In his live stream, Bizzy first explained that he was trying to banter with Three 6, which is an integral part of Verzuz battles. However, Three 6 Mafia rapper Juicy J did not really banter back. Instead, he told Bizzy to “s*ck his d*ck”. According to Bizzy, those were fighting words.

With that being said, Bizzy also explained how this highly anticipated Verzuz battle had a spiritual dimension for him.

“This was really really good for my spiritual life. This battle. You know, Bone-Thugs-N-Harmony versus Three 6 Mafia. Good versus evil.”

He added that he kept calling Three 6 “devil worshippers” because he wanted to hear them deny it.

“I mean, we can all hear them say “we ain’t devil worshippers”, “we ain’t devil worshippers”. We hear you n***a. I just like hearing you say it. Even though you’re representing the little mark of the beast and sh*t. I personally like hearing you denounce this sh*t. It makes me feel good in my spirit. So everytime I say you is, and everytime you say you ain’t, it makes me feel good in my spiritual spirit. I feel like I’m doing a good job for Jesus.”

Later, Bizzy talked about how satanic imagery is now all over the rap industry.

On several occasions in the video, Bizzy referred to the water bottle incident as him “throwing holy water” at Three 6, which is a rather symbolic way of putting things.

In short, Bizzy used this Verzuz battle (with the symbolism that surrounded it) to send a message that went beyond a regular rap battle. It was a spiritual battle.

With all of that being said, are Three 6 Mafia members actually devil worshippers? In a recent interview, Three 6 rapper Crunchy Black talked about his group’s name and also addressed Lil Nas X’s satanic video.

In short, the highly mediatized scuffle at the Verzuz battle had a spiritual backstory that was punctuated with repeated accusations of “devil worshipping”. Whether it was intended or not, the feud culminated with a highly symbolic act: Bizzie Bone throwing “holy water”  at a group called Three 6 Mafia. More specifically, it was thrown at Juicy J, who just happened to be wearing an outfit that was bright red. Like the devil.

Christmas Is Not Cancelled: My 2021 Holiday Message

Vigilant Links (the New Sister Site of The Vigilant Citizen) Is Officially Online!