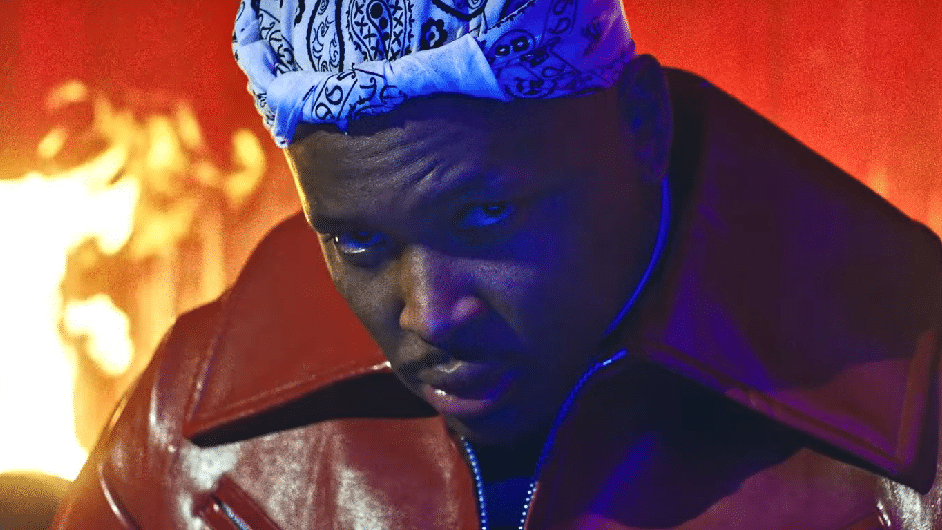 YG is a rapper from Compton, California who released his first single in 2009. Since then, he got signed with Def Jam records and released a steady stream of mixtapes and albums, amounting to an ever-growing fanbase. Other than a few radio hits, YG is mostly known for FDT (F*** Donald Trump), a protest song released a few months prior to Trump’s election. 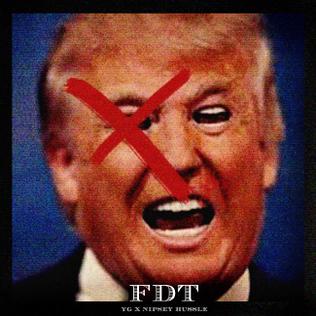 The album art of FDT.

YG has also been quite open about his “personal demons”, namely alcohol abuse, which he says was used to cope with his paranoia. In 2019, his close friend Nipsey Hussle died after being shot 6 times – a story that sparked its fair share of theories and conspiracies. This sad event clearly affected YG in a profound way. He even stated that the death of Hussle was the main reason behind the delay of his album release.

Yup, this doesn’t feel right. And In The Dark – the first video released by YG since the murder of Nipsey Hussle – doesn’t feel right either. It’s basically a party with Satan and a bunch of demonesses dancing around as blood drips on a Masonic floor. Many interpreted the occult symbolism of the video as a veiled reference to the blood sacrifice of Nipsey Hussle. It also lead some people to conclude that YG sold his soul.

When these Satanic hip-hop videos pop up on YouTube, about 95% of the comments express disgust towards this symbolism that is historically alien to the genre. In the Dark is not an exception. Here are some of the comments found on YouTube.

Judging by the comments, fans of rap do not like this kind of satanic stuff. But why does it keep popping up in videos featuring influential artists? Because it HAS to. It is part of an agenda.

The video begins with YG sitting on a couch and watching TV. Then, he sees an alluring bottle of tequila.

The brand name on the bottle is Diablo. You know where this is heading.

YG downs the entire thing as if it was Gatorade after the 3rd quarter of a football game.

The devil appears. YG tries to punch him but he can’t.

One could interpret this intro as “YG fighting his alcohol demons”. However, the video does not depict the downside of alcohol abuse and its repercussions. Quite to the contrary, after he drinks the Diablo brand Tequila, a funky, bass-heavy beat starts playing as YG and his crew join a party filled fun and sexy girls. And Satan.

YG is “in the dark” and he appears to like it. Ironically, the definition of the expression “being in the dark” is “in a state of ignorance about something”. Is YG “in the dark” about what his video actually about? Because he did not direct it.

In the context of the video, “in the dark” also mean “being in the dark side of the occult music industry”. The symbolism of the video cannot be clearer.

As YG enters the dark side, we see a quick shot of a wall of skulls. Among the skulls are a dark statue and a gold chain. 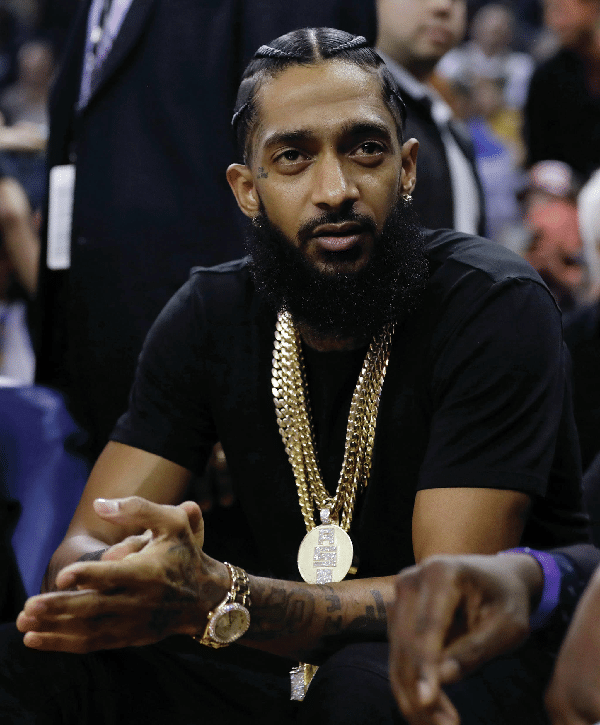 The chain is very similar to the one Nipsey Hussle used to wear.

Is this scene a “tribute” to Hussle? Considering the creepy setting and the overall context of the video, the “tribute” is rather gruesome. Is it maybe a reference to a … blood sacrifice?

In another scene, there’s blood dripping on a book which appears to be the Bible. Satanic.

YG gets down surrounded by skulls, horns, and gargoyles. Satanic.

YG mimicks having sex while two horned girls try to make selling one’s soul as sexy as possible. Also, there’s a Baphomet head behind him. Satanic.

Then, YG ceremonially enters the dark side.

YG walks a fiery pathway with gargoyles on each side.

Before entering, YG passes a “gate” made of horns. This is about to be very satanic.

YG discovers a party where Satan himself (and his girlfriend?) dance around with a bunch of weirdos.

The party takes place on a Masonic checkerboard pattern floor.

In occult-themed music videos, the Masonic floor is nearly always on prominent display. It is the dualistic surface on which ritualistic transformation occurs. 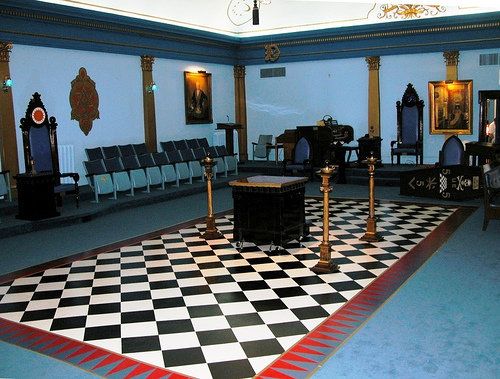 In the video, YG stands around looking somewhat confused by all of this weirdness. He is also somewhat reticent to join in. Does he reject this madness and go back home? Nope.

YG gets on the Masonic floor and partakes in the party.

In the scene above, YG is dressed in red from head to toe, and that’s extremely symbolic. Yes, YG often wears red because he is affiliated with the Bloods, but there is more to this. Considering the occult context of the video, the red garments (especially on a ritualistic floor) bear a second meaning: Sacrifice and/or initiation.

Does the video represent YG’s initiation in the occult elite’s industry? 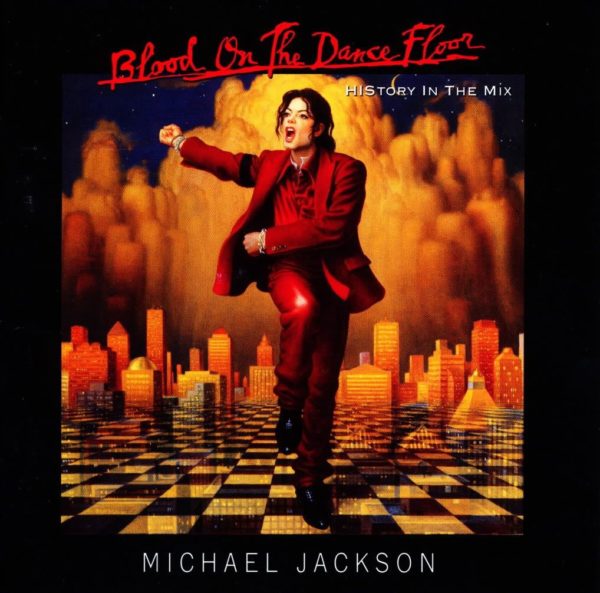 Michael Jacksons Blood on the Dancefloor features the same combination of symbols and colors. It is a code that reappears throughout mass media.

Later in the video, there is literal blood on the dancefloor.

Blood drips on the Masonic floor.

As stated above, the checkerboard pattern floor is a ritualistic surface on which occult transformation occurs. Blood on this floor represents blood sacrifice. Nipsey Hussle?

Then, things get weirder.

People at the Satanic party dance feverishly as they appear to be covered in a combination of blood and water. I don’t think that’s sanitary.

The video ends with YG and his crew leaving the party as we hear loud, demonic laughter. Then, YG is back on his couch watching TV. Did this all happen in his head? That’s not really important.

In the Dark is yet another recent hip-hop video that is drenched extremely overt satanic imagery. It contains the same exact symbolism as other videos analyzed on this site such as Up by Young Thug, Topanga by Trippie Redd and many others. This is not about being “edgy” or “creative”- it is about hegemonical control of pop culture by the occult elite.

In YG’s case, the video has even darker implications. It is the first video released by YG after the violent death of Nipsey Hussle it contains some dark references to the event. The combination of the Nipsey chain, the wall of skulls and the blood on the Masonic floor is rather telling and, to someone who knows about occult symbolism, the message appears to be quite clear. YG himself was on the floor, dressed in red, in what seems to symbolize an occult initiation.

Was Nipsey Hussle sacrificed as the “price” for YG’s selling out? Is YG even aware of this? Or is he … in the dark?