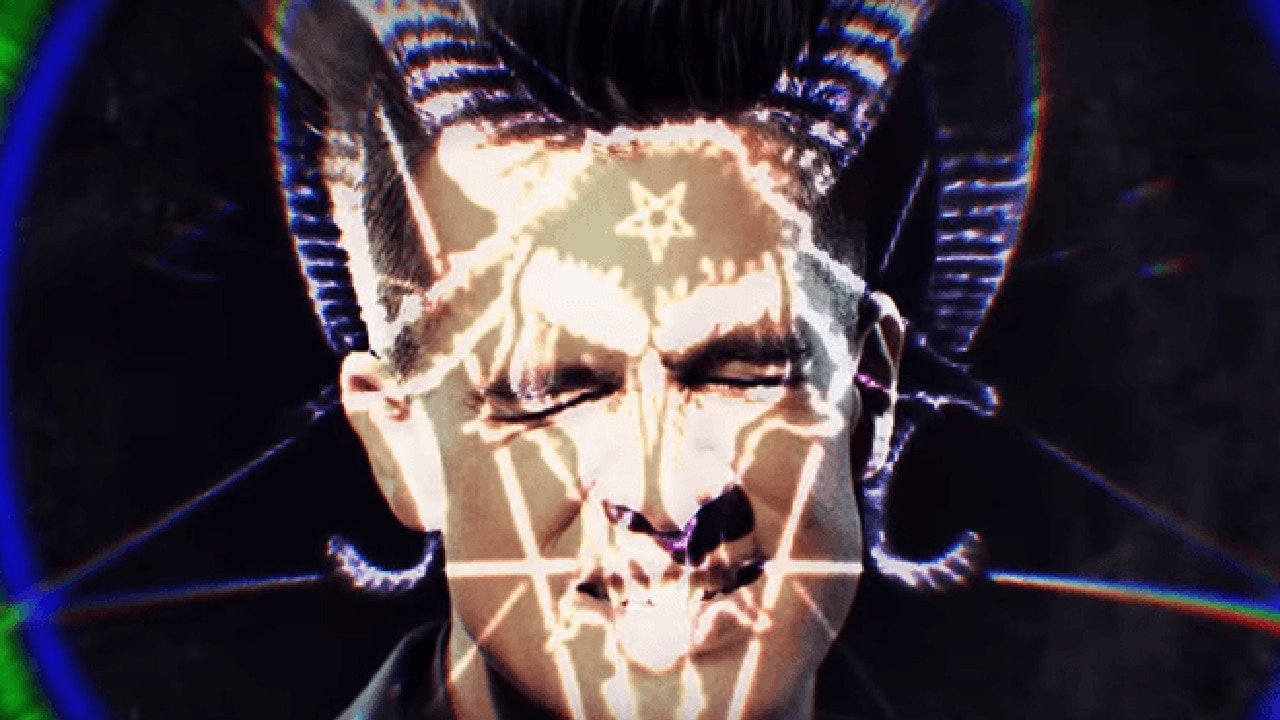 The video for LA Devotee is about a young boy being tortured and brainwashed by the band’s lead singer while all kinds of satanic symbols float around. In short: It sums up everything Hollywood is about.

When the top comments of a YouTube video say …

… you know that things are getting blatant. While the song “LA Devotee” is your typical uptempo-radio-friendly tune with a catchy chorus, the video is a dark, troubling experience. Indeed, the lead singer Brendon Urie is seen taking pleasure in torturing a child in an all-out, satanic brainwashing session. Preying on children, taking pleasure in making them suffer, brainwashing them, black magick rituals: All of the occult elite’s favorite things are crammed in this short music video.

The word “devotee” means “a strong believer in a particular religion or god”. Panic! at the Disco‘s video clearly exposes the true religion of Hollywood … and they appear happy to be part of it.

The video begins with a young girl realizing that she is being followed. She is then kidnapped by someone dressed in red.

As the camera pans out, we see a crop circle shaped in something resembling an alchemical symbol. The exclamation point is taken from the band’s name, indicating that they’re the ones behind this.

We then see a young boy being strapped to a chair inside a dark, creepy room.

Yes, it is Noah Schnapp, the boy that gets kidnapped in Stranger Things.

Using Will from Stranger Things is a rather appropriate choice. As I’ve stated in my article The Hidden Symbolism of “Stranger Things“, the series reveals some sinister aspects of the MKULTRA system. Will, played by Noah Schnapp, gets kidnapped by the Demogorgon, a monster that represents the Satanic, monstrous side of the occult elite.

In LA Devotee, Schnapp is kidnapped again (poor kid) and forced to watch Brendon Urie sing. Although that is already a cruel form of torture, things get worse. Indeed, the song is part of a wider process of trauma-based mind control. As stated in my article Origins and Techniques of Monarch Mind Control, mind control is an unholy mix of abuse, torture and satanic rituals in order to cause trauma. The boy in the video is subjected to all of this.

A video camera records the boy being tortured. This reflects how elite circles enjoy watching this kind of sickening snuff.

When the song starts, the kid begins singing in an automatic matter – as if he was programmed to sing on cue.

The kid programmed to sing: An apt way of representing youth being brainwashed by mass media.

Brendon is projected on a screen in front of the kid as he sings with a demented look on his face. He truly appears to be enjoying torturing the boy. An image flashed for a split second explains what motivates him in doing this.

For split second, a symbol resembling the sigil of the Church of Satan is flashed on Brendon’s face. 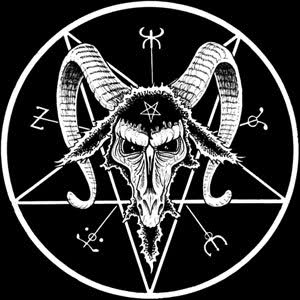 Brendon Urie apparently enjoys being the devil. The video The Emperor’s New Clothes is basically about him slowly turning into the devil. 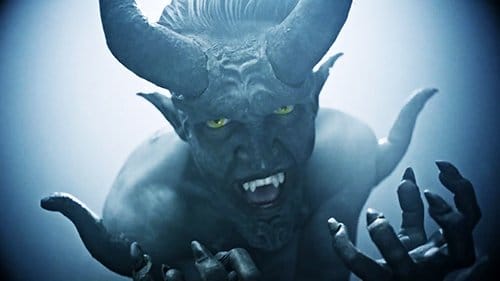 Brendon in the video The Emperor’s New Clothes.

While this disturbing stuff is happening, the lyrics explain that what we are witnessing is the true religion of LA, the home of the entertainment business.

The first line of the chorus directly mentions the “black magic” of Mulholland Drive, the iconic street that crosses through Hollywood. David Lynch’s enigmatic movie Mulholland Dr. cryptically refers to the dark side of Hollywood as well. The line “sunsets on the evil eye” is another direct reference to the occult elite ruling Hollywood (which is also crossed by Sunset Blvd). Altogether the lyrics imply that those who take part in Hollywood’s industry are part of a sick cult … they’re LA Devotees.

The boy is then given something to drink.

The girl that got kidnapped at the beginning of the video reappears and offers the boy something to drink. MK slaves are often used in the programming of other slaves.

The drink given to the boy most likely represents psychedelic drugs which are used in actual MK programming to facilitate trauma. Ccreepy images flash on screen, the kind that would be used to traumatize drugged slaves.

Animal masks are used in satanic rituals and in MK programming.

This image flashes so quickly it is barely discernible. These semi-subliminal images cause an unsettling feeling in the viewers.

Blood dripping over a skull: A symbolic way of representing the elite’s love for blood sacrifices.

The boy’s trauma is then taken a step further.

A bunch of “witches” attach wires to the boy’s head.

As the song gets more intense, the boy is seen being electroshocked. Who wants to see a kid suffering in music video?

Electroshock torture is a well-known technique used in MK Ultra to cause trauma and dissociation. Combined with the drugs, the rituals and the brainwashing, the video leaves no doubts as to what it is referring to.

After convulsing violently for long seconds, the boy is knocked out of consciousness. This apparently makes Brendon very happy.

Brendon smiles sadistically as if saying “I’m about to have some fun”.

The last image of the video shows Brendon walking towards the boy in a menacing matter.

What exactly are you going to do, Brendon? Beat the kid up? Rape him? What the heck? Yes, this video seriously ends with the lead singer about to abuse a helpless kid that was just tortured. There is no going around it, there is no “second meaning” or “deeper meaning”. It is just unapologetically evil.

Panic! At the Disco is not an obscure, hardcore niche group. It is a mainstream band, winning all kinds of awards, and making poppy, radio-friendly music that is mostly aimed at young people. LA Devotee depicts the lead singer masterminding an operation where a boy is kidnapped, strapped to a chair, drugged, brainwashed, subjected to occult rituals, and electroshocked. And at the end of the video, his ordeal is not even over. Brendon is just getting started (seriously, is he going to rape him? What the heck?).

The video for LA Devotee depicts Brendon as a mind-control handler and celebrates how the occult elite partakes in this horror in total impunity. On a wider scale, the video represents how, through mass media, the youth of the entire world is brainwashed into believing that all of this great and cool, which leads them to worship their favorite stars. The ultimate goal: To create just another LA Devotee.

The Occult Meaning of The Weeknd’s “Starboy”