The occult elite loves Lil Uzi Vert for several reasons. First, his name is pronounced “lil Lucifer”, a tribute to the elite’s favorite biblical figure. Second, he embodies exactly what they want rappers to be about: Obsessed with satanism (to the point that it’s their entire act) and wearing dresses (gotta push that gender agenda). In short, they want artists who promote the “values” they want to ingrain in the new generation. 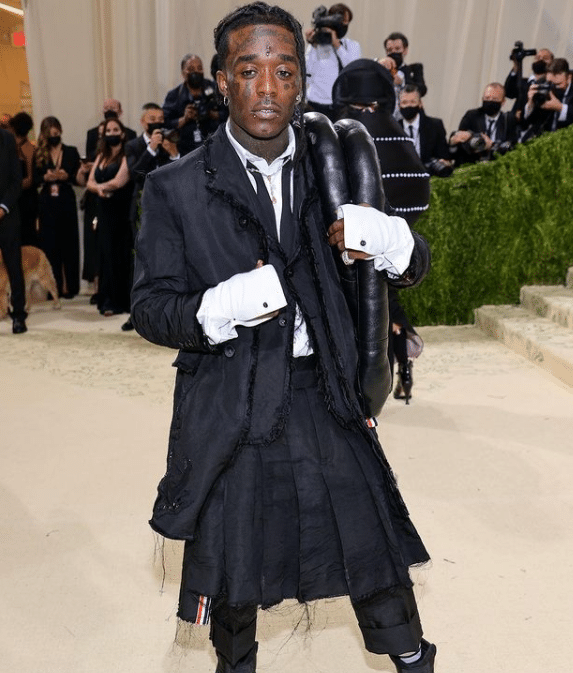 The ultimate proof that Lil Uzi Vert is loved by the elite: He was wearing a dress at the 2021 MET Gala which was a sad display of elite insanity.

Other than parading around in dresses for the enjoyment of his masters, Uzi also likes to get involved in other kinds of elite strangeness. For instance, he talked about getting “brain chips” with Grimes, Elon Musk’s ex.

They were joking. But also they weren’t joking. The “knowledge of the Gods” part is pure Luciferian doctrine.

Uzi seems to really enjoy jamming things in his head. For a while, he was walking around with a surgically-implanted diamond on his forehead. The diamond is reportedly worth $24 million – a sum he’s been paying by instalments for years. I’m not sure if this is a baller move or not. 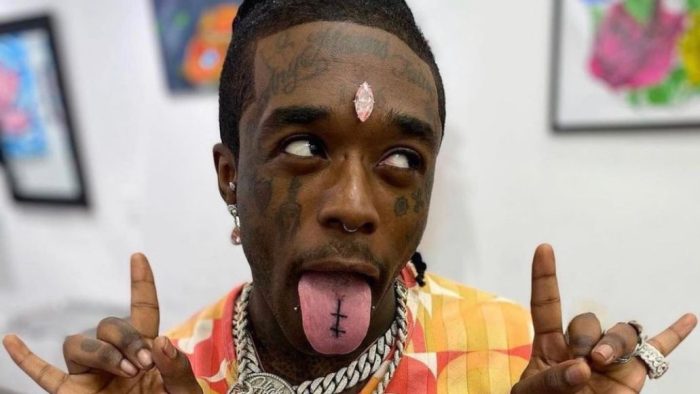 Inverted cross on the tongue, devil hand signs, a diamond on the pineal gland (aka the third eye). Just some occult elite pawn stuff.

In short, Lil Uzi Vert is the “prototype” of the kind of artists the elite wants to see influencing the youth in this day and age. In my 2017 article about Lil Uzi Vert, I explained how his popular video XO Tour Llif3 was highly satanic. In 2021, Uzi is back with a simple mission: Bringing satanic symbolism to an even younger crowd.

As the title of the song suggests, Demon High is about a high school. A demonic one. Appropriately enough, the video takes place in a demonic high school that is filled with satanic symbolism.

Everything about Demon High is meant to appeal to a young and broad audience. The song itself is light and radio-friendly. It is pure teen pop that is guaranteed of getting lots of airplay. Furthermore, the video is meant to be relatable to teenagers as it takes place in a high school with a rebellious twist.

Before I go any further, I just want to point out that Lil Uzi Vert is 26 years old. His high school days are long gone. Thus, Demon High is not about a young artist singing about his young life as a high school student. Demon High is about using the popularity of Lil Uzi Vert in a song that was purposely created, marketed and oriented towards pre-teens and teenagers. In other words: Lil Uzi Vert is a pawn used to introduce occult elite garbage to the youth. The first scene of the video perfectly illustrates this fact.

The video begins with Uzi getting off a school bus on which is written: “666 Demon High” with a bunch of symbols including inverted pentagrams.

This scene (and the video as a whole) is representative of the elite’s mission: To expose children to satanic crap during their formative years. They want this stuff to be part of their lives as they’re growing up.

As we’ll see, the symbols displayed throughout Demon High are not just “cool-looking” or “rebellious”, they are used in actual occult and satanic circles. In many cases, these symbols are used in actual rituals and are believed to carry actual power. This is not entertainment, this is indoctrination. This is religious proselytizing.

At the beginning of the video, he plays the role of a nerd who gets bullied. In the school picture scene, Uzi is the only one who is smiling and he’s dressed conservatively.

Then, Uzi gets chased by the students of the school. As he runs down a hallway, the main focus of the shot is not on the people, but on the symbols in the foreground. Here are some of them.

Lil Uzi Vert runs down the most satanic hallway in hallway history. We can see 666, inverted crosses, the eye in the triangle, and, very creatively, the word “Satan”.

A little further, there’s a lot more symbolism. On the left, we can read “Study drugs, not Bible”. On the right, we find the words “God is dead”. That’s like, unrealistic. That’s not the type of thing a rebellious teenager would write. That’s the type of thing an old satanist from the perverted entertainment industry would write. And that’s exactly what happened.

Some symbols we see are used in actual black magic rituals such as the inverted pentagram and the Leviathan cross. 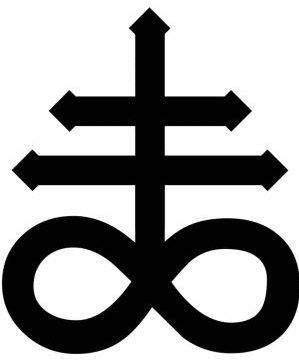 Also known as “Satan’s cross”, the Leviathan cross is an important symbol in LaVeyan satanism. It is based on the alchemical symbol for sulfur, which is associated with hell – Satan’s kingdom. Like other symbols in this video, this cross is used in actual occult rituals.

A little further,  more symbols. The yellow symbol on the right is an actual sigil used to invoke demons. 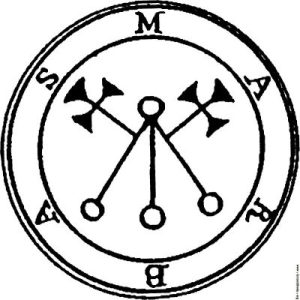 The seal of Barbas. Barbas is a demon in the Lesser Key of Solomon – an ancient grimoire on demonology. He is described as the “Great President of Hell governing thirty-six legions of demons”. Also, he can shapeshift men.

On the right is written: “I am the f***ing God”. That’s basically the motto of the occult elite who believe that godhood can be achieved by humans. Remember the “knowledge of the Gods” thing above?

At one point Lil Uzi stops being a bullied nerd and becomes a cool kid. How? Yup, the answer is satanic.

Uzi gets an inverted cross tattooed on his forehead. To become cool, he first needed to bow down to Satan.

Back in the cursed hallway, Uzi holds a poster promoting the “Demon Prom Night”. The time? 6:66 PM.

At the prom, Uzi is all cool and stylish.

After accepting Satan on his forehead, Uzi stopped being a dork. Also, he’s now rocking a Roc-a-Fella chain – because he is signed to Jay-Z’s label Roc Nation. All part of the deal.

The video ends with Lil Uzi having fun with his new demonic friends and hooking up with a girl.

All is fun and well in Demon High … AS LONG AS YOU BOW DOWN TO SATAN.

Although the story of Demon High is quite simple, it perfectly symbolizes one of the main goals of the occult elite: To introduce young people to its satanic and infernal ways during their formative years. This is not entertainment, this is indoctrination. All of the symbols found in Demon High are directly associated with specific occult and satanic organizations. And they all happen to be at the core of the occult elite’s hierarchy.

By casually pushing their symbols in the faces of young people, they are training them to automatically find them cool, stylish, and desirable. However, don’t be fooled. They don’t want people to actually understand any of this. They just want the world to absorb this stuff like a sponge, without any form of questioning. In short, they just want you to sit there and take that tattoo on the forehead because, if not, you’ll be shunned.

Related Topics:featuredlil uzi vert
Up Next