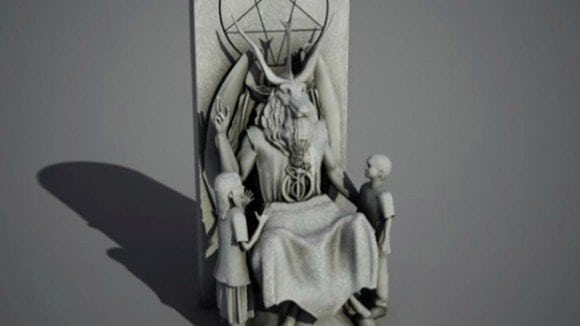 Rendering of the proposed statue

The Satanic Temple, a New York-based organization, unveiled designs for a seven foot-tall Baphomet statue to be placed at the Oklahoma State Capitol. The statue features Baphomet sitting on a throne adorned with an inverted pentagram flanked by two smiling children. (Maybe I should point out that the Caduceus rising from Baphomet’s lap also represents an erect phallus, which makes the whole children thing quite inappropriate).

According to Temple spokesman:

“The monument has been designed to reflect the views of Satanists in Oklahoma City and beyond. The statue will also have a functional purpose as a chair where people of all ages may sit on the lap of Satan for inspiration and contemplation.”
– CBS New York, N.Y. Group Applies To Build Satan Statue At Oklahoma State Capitol

The Satanic Temple stated that it has raised the necessary funds for the erection of the statue and it is now looking for approval from Oklahoma legislature.

In all honesty, I do not believe that this statue will ever be approved, mainly because officials would not want to deal with the public outcry. I also do not believe that the Satanic Temple expects its design to be approved neither. It is probably a publicity stunt and a way of protesting the placement of a privately-funded monument of the 10 Commandments in 2012 on State Capitol grounds.

If one looks closer at this monument of the Ten Commandments, one can understand why it was approved and why it is standing at the State Capitol today. 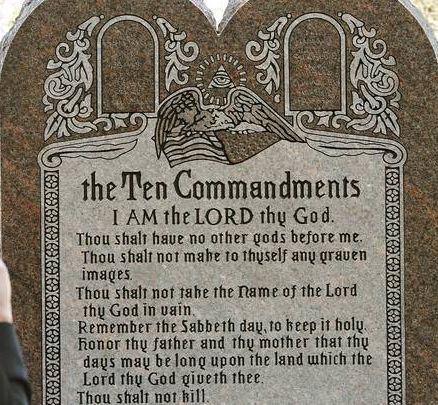 The Commandments are topped by the All-Seeing Eye inside a triangle, symbol of the occult elite. 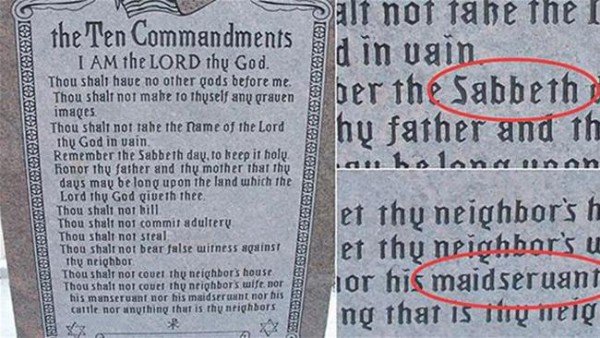 In any case, Baphomet is the main figure representing the beliefs of the occult elite and has been for centuries. I do not doubt that, behind closed doors, powerful people would love to see this monument placed at the State Capitol. While a statue ofBaphomet sitting next to children with a symbolic erection might appear to be a horrible aberration to most, it is probably the most honest representation of what the occult elite truly stands for.

FacebookTwitterSubscribe
Related Topics:
Up Next