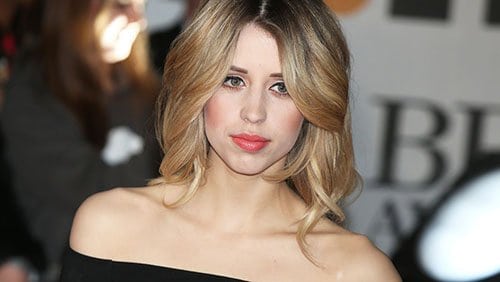 Model and TV personality Peaches Geldof was found dead at her home in Kent, England on April 7th. Geldof was the daughter of musician Bob Geldof and Paula Yates (who died of a drug overdose in 2000).  Geldof’s death was deemed “sudden and unexplained”  and is currently under investigation. Authorities have however already stated that there was no evidence of foul play.

There is however one important element that needs to be considered while investigating her fate : She died about a year after announcing the her fans her initiation into the occult secret society Ordo Templi Orientis (O.T.O). On March 11th 2013, Peaches tweeted:

“#93 #Thelema #o.t.o for all my fellow Thelemites on instagram!”

Thelema is the name of the philosophy taught in the O.T.O. It was written by occultist Aleister Crowley. 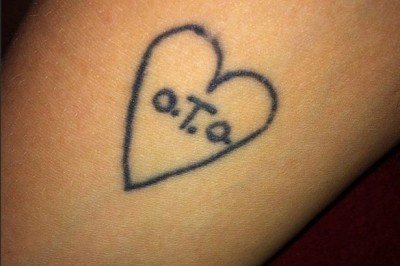 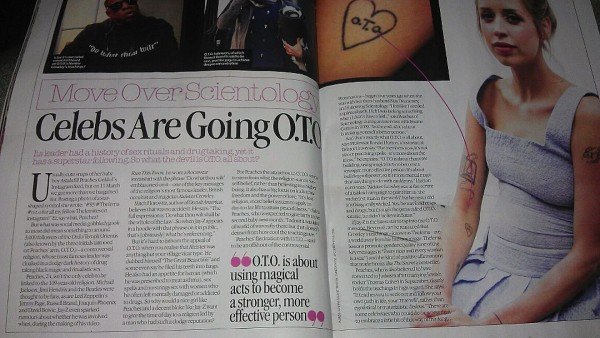 Peaches urged her social media followers to learn about the O.T.O, which caused a surge of interest for the secret society in mass media (well, tabloid news).

The O.T.O was mentioned countless times on Vigilant Citizen as it is one of the most powerful secret societies in existence today. Based on Aleister Crowley’s Thelema, the O.T.O revolves around the concept of sex magick to attain spiritual illumination. The O.T.O considers itself to be the true heir of the Knight Templars and the Bavarian Illuminati. Crowley’s texts also contained several thinly veiled allusions to human ritual sacrifice to attain magical potency. Was Peaches sacrificed?

Before joining the O.T.O, Peaches was involved in Scientology to then turn to Judaism, the religion of her husband Thomas Cohen.

While information concerning her death is still scarce, Peaches life had all of the bearings of an industry victim: She was born into an unstable, show-business family; She got involved in the entertainment industry early in her life; She developed relations with industry insiders; She dabbled with the most powerful spiritual currents of the occult elite; Finally, she unfortunately lost her life in “mysterious” circumstances, under the spell of an elite secret society.

We might be seeing, once again, the dark side of the entertainment world working its “magick” in plain sight.

Related Topics:o.t.opeaches geldof
Up Next