The release of secret archive reveals that the British elite was overwhelmingly Masonic and that Jack the Ripper was protected by the Masonic police force.

Ancestry recently made public a secret archive containing the names of over two million British Freemasons from 1733 to 1923. The list “reveals the extent of Masonic influence in the upper reaches of society at the height of Britain’s imperial grandeur”. It also includes the name of who is thought to be Jack the Ripper.

According to new records, Jack the Ripper was an obscure singer whose identity was shielded by fellow Masons. His murders were intricately planned Masonic rituals.

In the book They All Love Jack: Busting the Ripper, Robinson argues that all of the Ripper killings bore the stamp of Masonic ritual; the symbol of a pair of compasses carved into the face of Catherine Eddowes, the removal of meal buttons and coins from the bodies of Eddowes and Annie Chapman and the cryptic graffiti daubed on a wall in Goulston Street, which he says was “the most flagrant clue of all.”

The new archives prove for the first time that singer Maybrick and his brother James were both masons.
– The Telegraph, Was Titanic inquiry scuppered by the Freemasons? 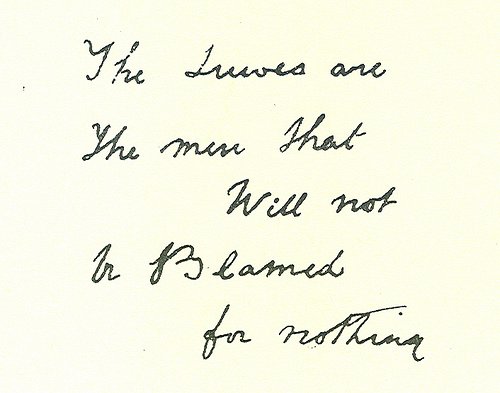 The infamous Goulston Street Graffito: “The Juwes are the men that will not be blamed for nothing”

This new information proves what occult researchers have been claiming for decades:  Jack the Ripper’s murders were Masonic blood rituals.

Four of the five female Ripper victim’s throats were all cut from left to right in accordance with the masonic Entered Apprentice “penal sign.” In some cases their intestines were severed, lifted out of the body and placed over the poor victim’s left shoulder. In masonic ritual, the three “Juwes,” Jubela, Jubelo and Jubelum, are all killed by having their bodies ripped open and the entrails thrown over their left shoulders.

The Ripper murder ritual also pertained to the significance of place in masonic immolation. Catherine Eddowes’ body was dumped in Mitre Square, London. Mitre tavern, at the entrance to the square, was the meeting place of the masonic Lodge of Joppa. According to masonic mythology, it was on the coast of Joppa that the three “Juwes” were captured. Also, mitre and square are the basic tools of the mason. Eddowes apron, soaked with blood, was discovered on Goulston Street in a hallway of a building. Above the bloody apron, on the wall, a message had been written in chalk: “The Juwes are the men that will not be blamed for nothing.”

The double negative reference is not to Jewish people but to the aforementioned three Entered Apprentices of masonic mythology, who were both ritually murdered and themselves ritual murderers. The message was erased by Sir Charles Warren, the Chief Commissioner of Police and one of the highest Freemasons in Britain. Warren nevertheless made a note of the message which can be found in the files of the Public Record Office, in the section “Private Letter Book of the Metropolitan Police.”
– Michael A. Hoffman, Secret Societies and Psychological Warfare

As it is the case for many ritualistic “unsolved” mysteries, the true identity of Jack the Ripper was concealed by an overwhelmingly Masonic police force and government.

And they reveal that Freemasons were in prominent positions in the Scotland Yard inquiry including the Metropolitan Police Commissioner Sir Charles Warren and the colleague he appointed to be his “eyes and ears” on the case, Chief Inspector Donald Swanson.

Two coroners who ruled on the murders, Wynne Baxter and Henry Crawford and at least three of the police doctors who examined the bodies were also members of the masons.

Maybrick, who was on the Supreme Grand Council of Freemasons, travelled the country as a performer.

His entry in the carefully handwritten records, describes him as a “vocalist” and states that he was a member of the St Andrew’s Lodge from 1863 until 1887 – meaning he left just a year before the nine-week period in 1888 when five women were murdered in the East End of London, one of the biggest unsolved crimes in British history.

Sir Charles is said to have been a senior member of the Masonic society. He was a founder member of the Quatuor Coronati lodge, and an authority on Freemasonic history and ritual.

Robinson told the Telegraph: “It was endemic in the way England ran itself. At the time of Jack the Ripper, there were something like 360 Tory MPs, 330 of which I can identify as Masons.

“The whole of the ruling class was Masonic, from the heir to the throne down. It was part of being in the club.

‘Part of the whole ethic of Freemasonry is whatever it is, however it’s done, you protect the brotherhood – and that’s what happened.

The archive also reveals the extent of Masonic influence in all fields of society, including Monarchs Edward VII, Edward VIII and George VI.

While the individual Masonic connections of some of those included – such as Sir Winston Churchill and Edward VIII – are well known, the records from 1733 to 1923 offer the first comprehensive view of the reach of freemasonry over the age of Empire.

On the military field, those listed range from the Duke of Wellington to Lord Kitchener. In the arts it includes writers such as Oscar Wilde and Rudyard Kipling; the actor Sir Henry Irving while names from the musical world include both Gilbert and Sullivan.

The explorers Ernest Shackleton and Captain Robert Falcon Scott also feature while scientists listed range from Edward Jenner, the pioneer of vaccines, to Sir Alexander Fleming, the discoverer of penicillin.

In the world of charity and social reform Dr Thomas Barnardo is among those listed while businessmen include Harry Selfridge while Thomas Telford heads a list of thousands of engineers who ensured Britain’s industrial dominance.

In addition to Edward VIII, monarchs present include Edward VII and George VI.

While most of the entries simply include names, lodges and initiation dates, of the smaller number which specify professions there are 5,500 police officers of different varieties, thousands more military figures, 170 judges, 169 MPs, 16 bishops and at least one Indian prince.
– Ibid. 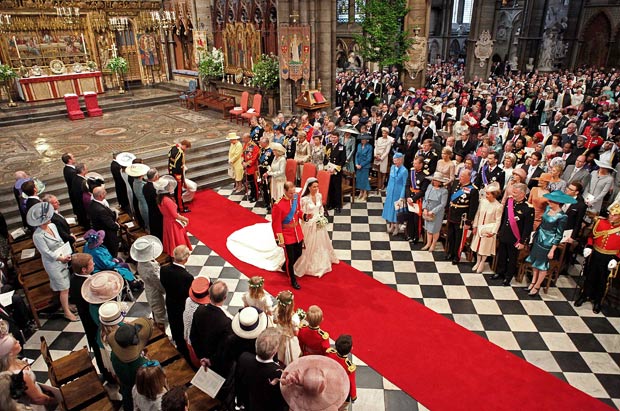 All royal events, including coronations and royal weddings, take place in Westminster Abbey, on a Masonic checkerboard pattern floor. 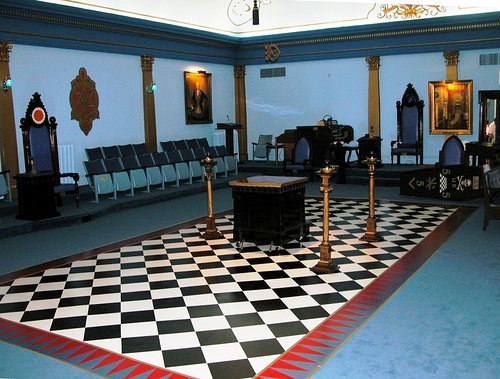 The all-important checkerboard floor inside a Masonic lodge. It is on this dualistic pattern that take place transformative rituals.

Although the data of this archive stops at 1923, things did not change. The occult elite is, more than ever, an occult elite.

FacebookTwitterSubscribe
Related Topics:freemasonrymega-rituals
Up Next

Kesha Forced to Work With Dr. Luke Despite Allegations of Sexual Abuse