Claiming to be descendants of the Knights Templar, the Masonic Fraternal Police Department vowed to “protect Masonic Grandmasters” across 33 states.

Three California residents were arrested on April 30th on suspicion of impersonating a police officer and were released later that day. Claiming to be the “oldest police force in the world”, the Masonic Fraternal Police Department claimed jurisdiction across 33 states (coincidentally, 33 is the holiest number in Masonic symbolism). 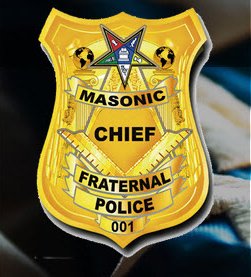 The insignia of the police force features the Masonic compass and square, the Twin Pillars and the logo of the Order of the Eastern Star – an inverted pentagram.

The Chief of the Masonic Police is David Henry – a high ranking Freemason. According to the police force’s website,  Henry is an “Absolute Supreme Sovereign Grandmaster 32° 33° X°”, meaning that he obtained the highest obtainable Degree on the Masonic ladder. Therefore, despite the news portraying the trio as three lunatics acting as cops, there is some actual power and influence behind the Masonic police force. 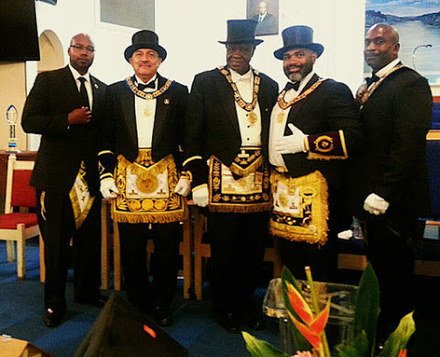 Brand Kiel (left) and David Henry (second from right) at a Masonic event. 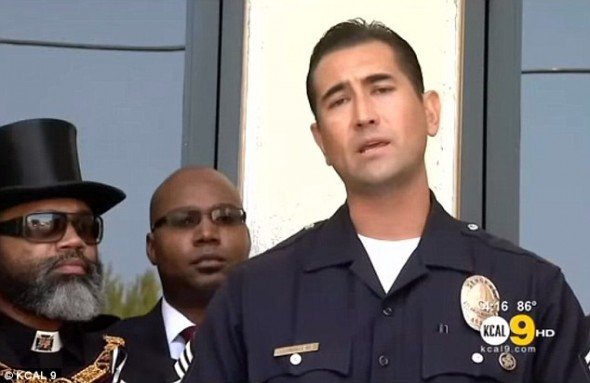 Henry and Kiel pictured alongside Los Angeles Sergeant James Townsend, urging residents in the city to march in peace for Trayvon Martin.

According to some sources, Henry is also an Emmy-award winning producer.

“Henry, 46, reportedly won an Emmy in 2002 for his work as a producer on a Fox11 story. He also co-produced a documentary with Hayes several years later about a longtime civil rights leader, the Los Angeles Sentinel newspaper reported in 2007.”
– Daily Mail, An Emmy-winning producer and a top government aide who wanted to be a US Senator – but are any more of the LA elite in the ‘Masonic Police’?

David Henry ran the Police force with his son-in-law Brandon Kiel who is a Masonic 33rd Degree “grand high priest”. In a 2014 video, David Henry announced to his Masonic lodge that Kiel plans to run for the U.S. Senate in the 2016 elections.

Kiel worked for the department of Justice since 2013 as an aide to state Attorney General Kamala Harris. He has been placed on paid leave since April 30th. 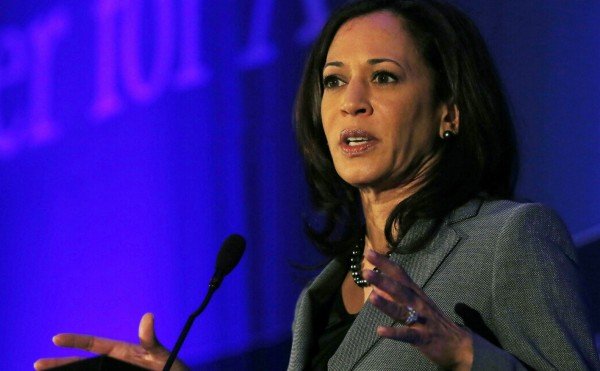 The police force’s strange website claims that Henry oversees 33 Masonic jurisdictions, including Fraternities, Sororities and Greek Organizations (yes, there is a link between school Fraternities and secret societies).

The Masonic Fraternal Organization is the oldest and most respected organization in the “World.” Grand Masters around the various states are facing serious safety concerns for their Jurisdictions and their family members. The first Police Department was created by the “Knights Templar’s” back in 1100 B.C.

The Masonic Fraternal Police Department, (M.F.P.D.) is the Knights Templar’s!

When asked what is the difference between The Masonic Fraternal Police Department and other Police Departments the answer is simple for us. We were here first! We are born into this Organization our bloodlines go deeper then an application. This is more then a job it is an obligation.

The Masonic Fraternal Police Department (M.F.P.D.) is a Masonic Sovereign Jurisdiction (Municipality) located within the incorporated City of Santa Clarita, California. The Chief of Police is Honorable Grand Master David Henry 33º was elected and is Governed by a Grand Supreme Council, and 33 Masonic Jurisdictions. He currently oversees a 1/2 Million members throughout the United States.

We are not “Sovereign Citizens’ nor do we condone terrorist activity, sovereign citizens or clandestine!

Authorities began investigating the Masonic Police Force after Henry contacted sheriffs across the State of California requesting meetings, claiming to be “able to acquire intel that is not accessible to non-fraternal entities”.

Authorities say that the investigation began when letters were sent out to police chiefs in California announcing new leadership in the group. Kiel was described as ‘Chief Deputy Director.’

The letter claims there are 5,686 lodges and that the department ‘will be able to acquire intel that is not accessible to non-fraternal entities.’ It said one aim of the department was to restore public trust.

Phone calls were also made asking to set up in-person meetings with police.

Sheriff’s Capt. Roosevelt Johnson, who leads the department’s Santa Clarita Valley station, met up with the group and raised the alarm when they could not answer basic questions about the organization.

The suspects were unable to properly explain what their jurisdiction or mission was, police said.
– Op Cit. Daily Mail.

While impersonating a police agent is a rather grave offense, I do not believe that this Masonic trio will be punished to the fullest extent of the law. Since the creation of the United States (and across the world), there has been a strong connection between the police force and Freemasonry. Active Masons have the duty of protecting their brethren no matter the situation. Here are badges used to identify Masonic police officers and sheriffs. 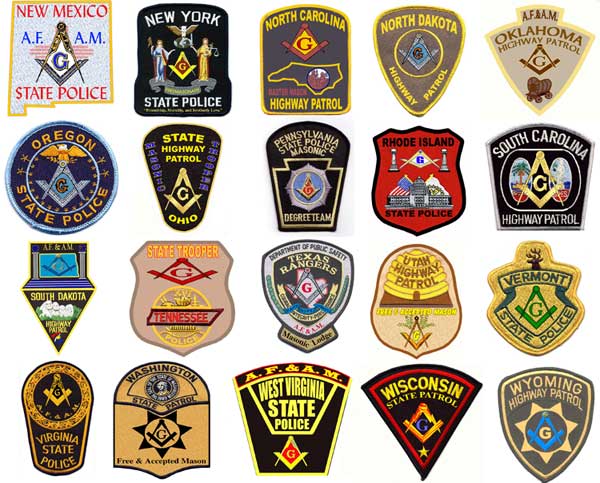 While not worn on official uniforms, members of the police who are also Freemasons sometimes wear these badges on civilian clothes as a form of recognition.