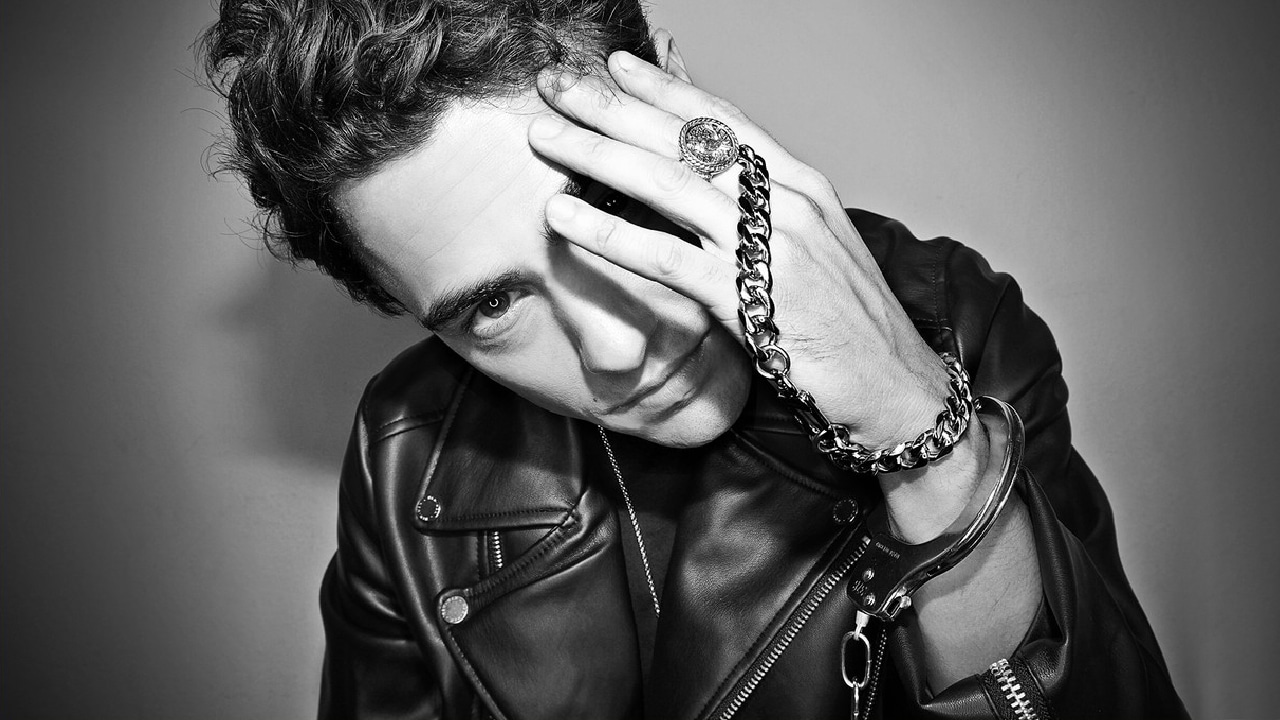 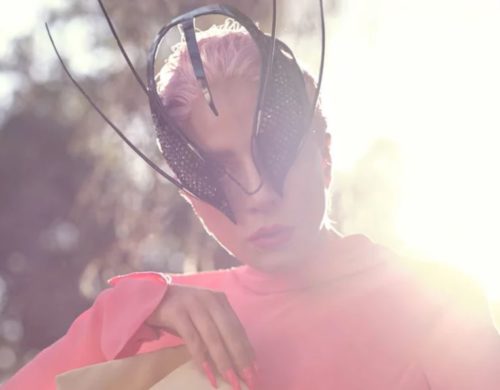 The pandemic created a very controlled cultural environment. Indeed, only a select few pop stars get the spotlight while other celebrities appear to be disintegrating while “sheltered at home”. And those who are under the spotlight are proudly displaying the symbolism of their elite rulers. This is Lady Gaga in the May issue of InStyle. A big, stylish one-eye sign. 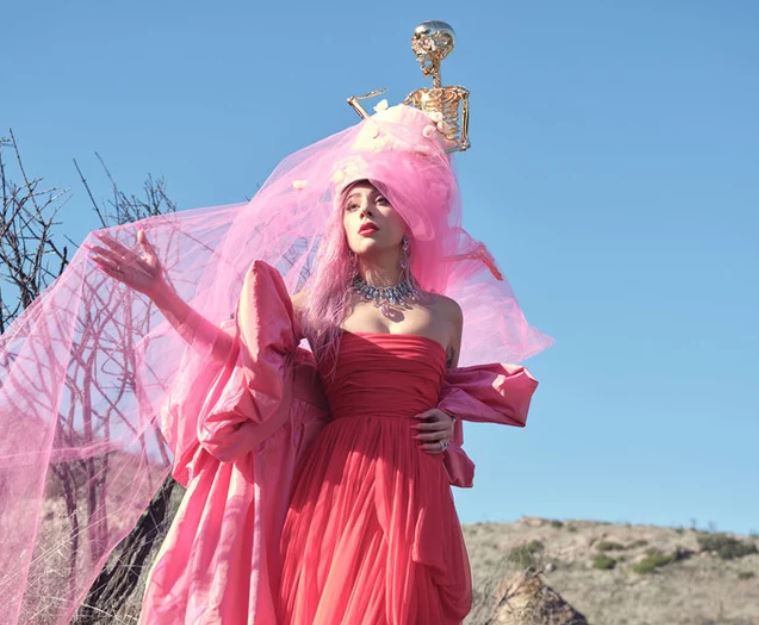 Here, she’s wearing a wedding veil as a golden skeleton hangs over her head. That’s a weird celebration of death in the midst of a pandemic. 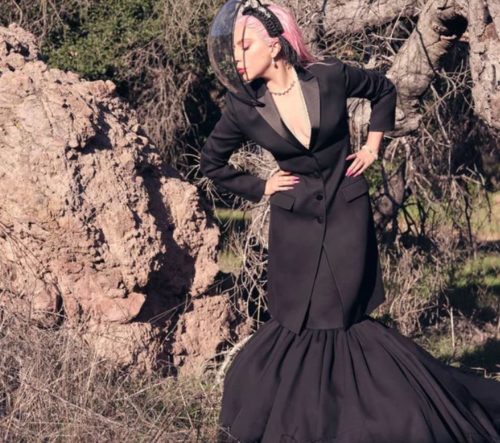 Here, she looks towards the ground as she wears a black dress one would wear at a funeral. No wonder she was selected to be the face of the WHO’s “Together At Home” event.

Madonna made an Instagram post announcing her “joining forces” with the Gates Foundation. She was wearing a shirt with Satan on the cross. That was on Good Friday. How much more symbolism do you need?

On Easter, Madonna posted a video with her adopted children wearing bunny ears. She was wearing her Madam X eyepatch that turns her into a walking one-eye sign. Why is she wearing that patch at home with her children?

In another IG post, Madonna’s 25-year-old boyfriend Ahla Malik also wears the patch. Madonna’s caption: “I Eye You”. More like “I Own You”.

Another pic in the same IG story. Malik drew an eye in the sand and they needed to take a pic of it. Elite control. 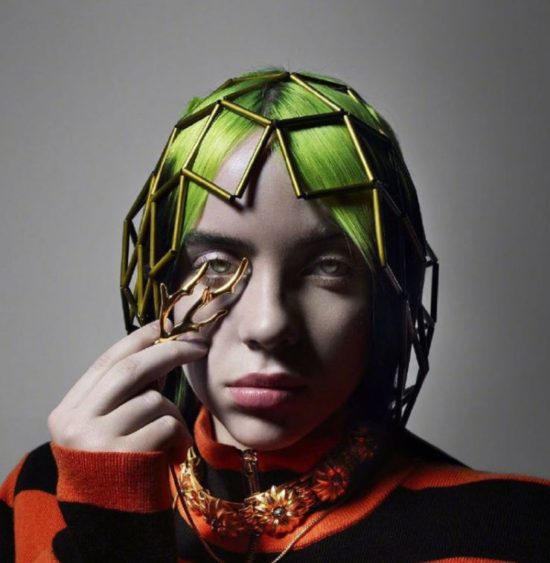 Billie Eilish in Vogue China. Yet another one-eye sign in this industry pawn’s young career. 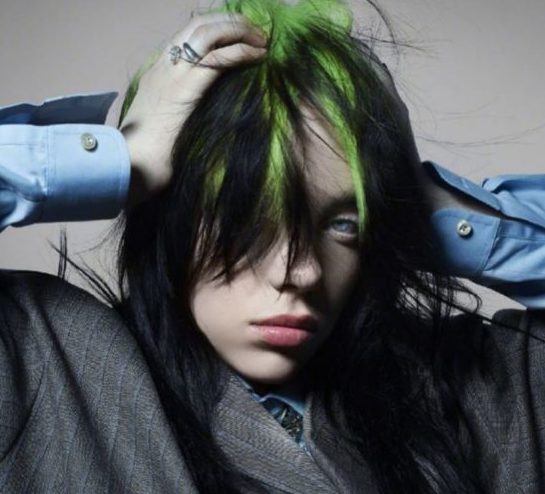 Another pic from the same photoshoot. Her hair was carefully placed to hide one eye.

This is the image used by a South African news site to promote its coronavirus coverage. A big fat one-eye sign. That says a lot of this whole media frenzy. Even worse, you’re not supposed to touch your face (even less your eye sockets) while wearing gloves because it defeats the whole purpose of wearing this stuff. 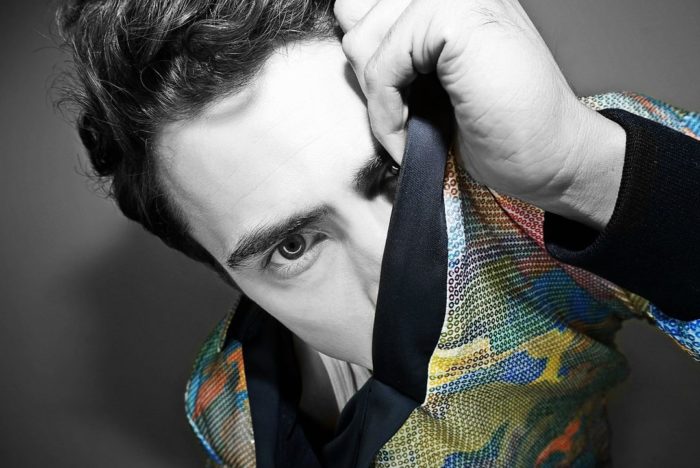 Darren Barnet became a star due to his role in the popular Netflix series Never Have I Ever. He recently released a photoshoot with famous photographer Brad Everett Young. Of course: One eye sign. 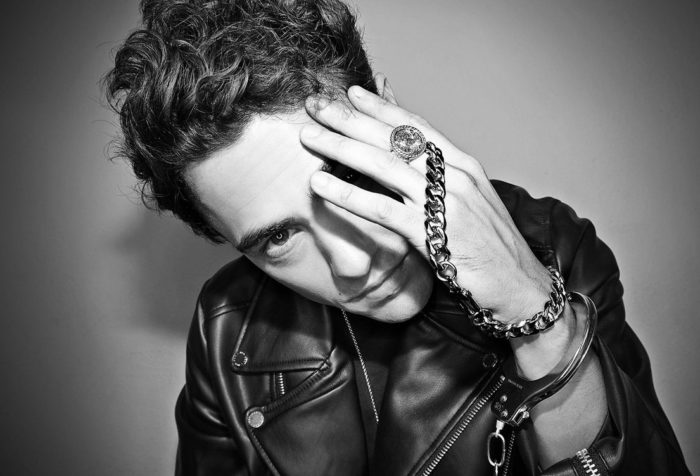 Here, he hides an eye (again) while wearing handcuffs. A great way of showing that he is chained to the industry. 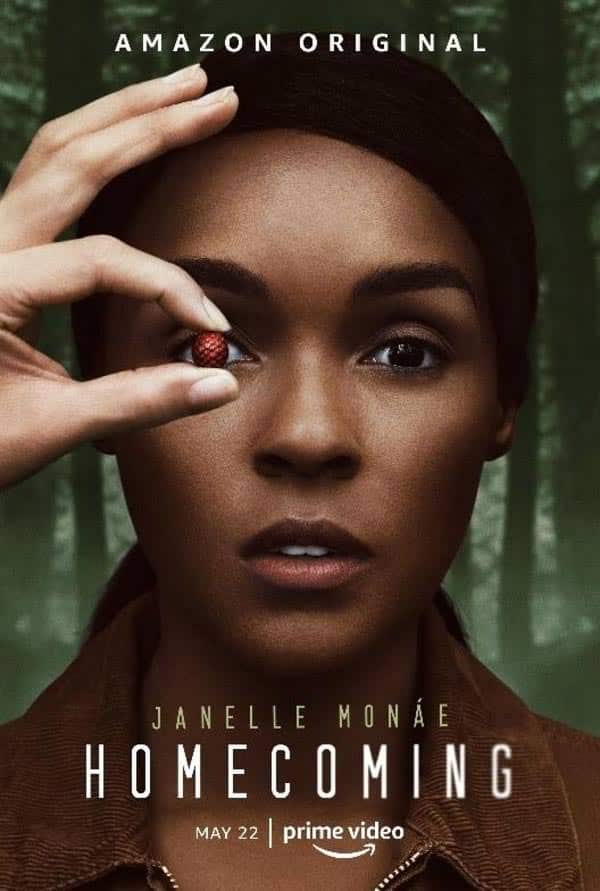 This is the promotional poster for the new season of Homecoming, a series produced by Amazon. The one-eye sign indicates that there’s some agenda-pushing going on in that series. Here’s the premise of the 2nd season: The character played by Janelle Monae wakes in a rowboat adrift a lake, with no memory of how she got there — or even who she is. Her ensuing search for identity will lead her into the heart of the Geist Group, the unconventional wellness company behind the Homecoming Initiative. In other words: MKULTRA. 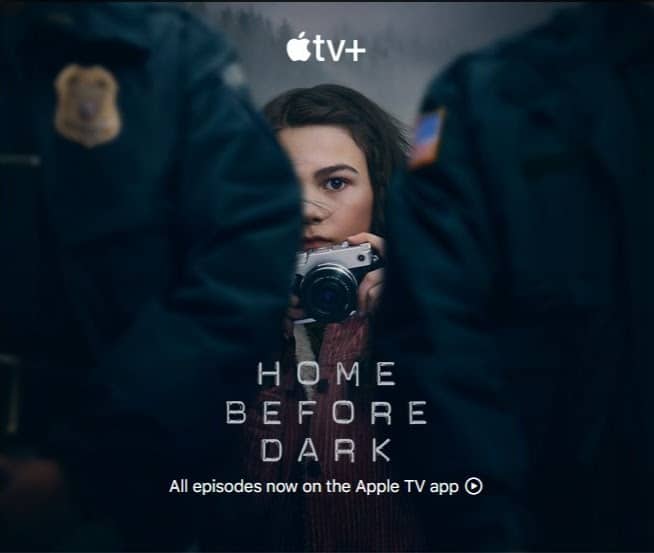 This is a series made by Apple TV. Different company, same one-eye sign. 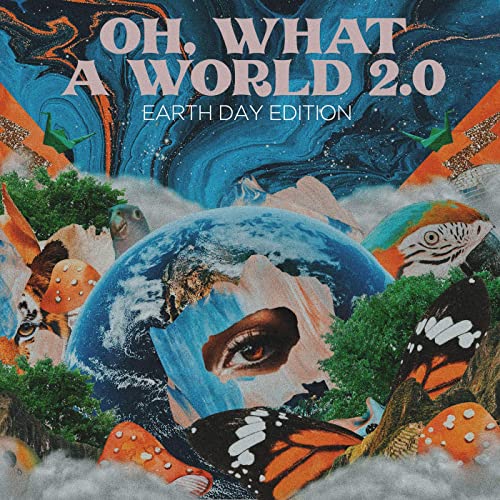 Kacey Musgraves is the elite’s favorite country singer. The cover of her latest single features classic Monarch programming symbolism such as an all-seeing eye, a one-eyed feline, and a monarch butterfly. 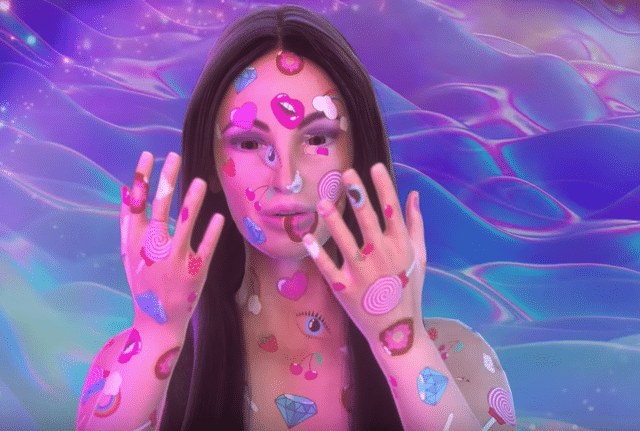 In the bizarre music video, Musgraves is covered in all-seeing eyes. spirally lollipops and diamonds – all symbols that bear a deep meaning in MK symbolism. 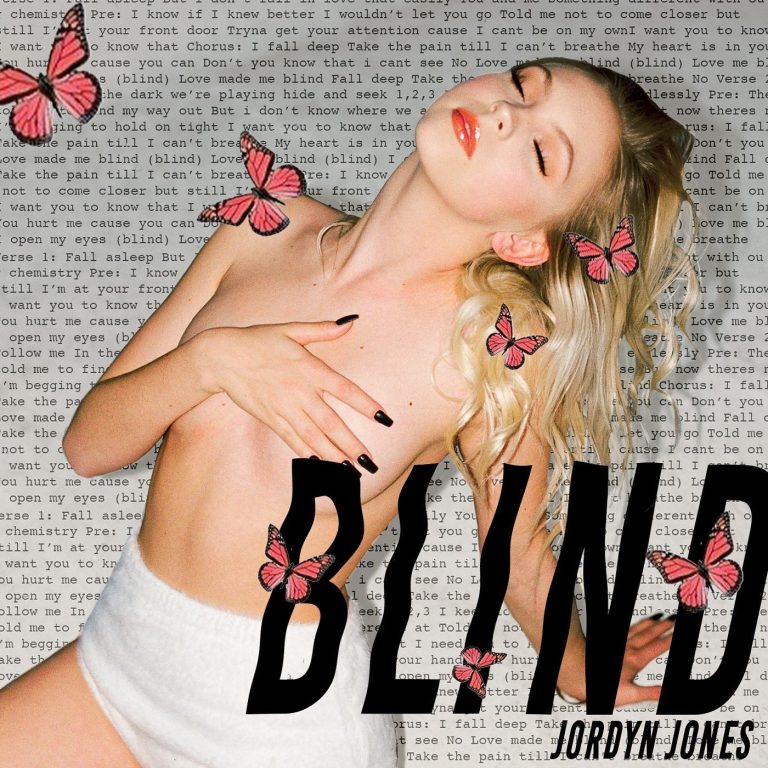 Speaking of Monarch programming, this is the cover of teen actress-turned-singer Jordyn Jones. The combination of monarch butterflies, the word “BLIND” and her being half-naked screams out MK slave and Beta Kitten Programming.

This is the entrance to Drakes mansion. There are two weird Mickey Mouse-like statues that look dead with their innards showing. In other words, visitors are welcomed with one-eyed occult elite creepiness. 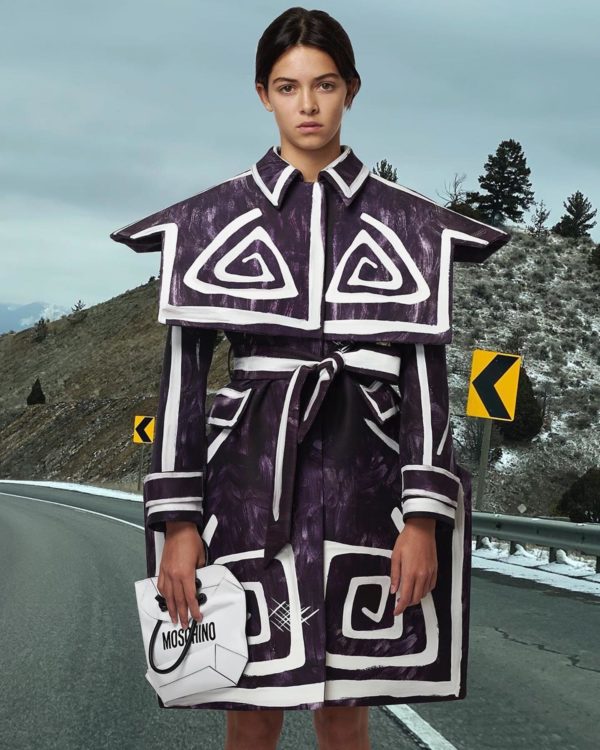 This is a Moschino Moschino featuring a young-looking model who looks rather unhappy. Look at the spirally triangle and compare it to the image below. 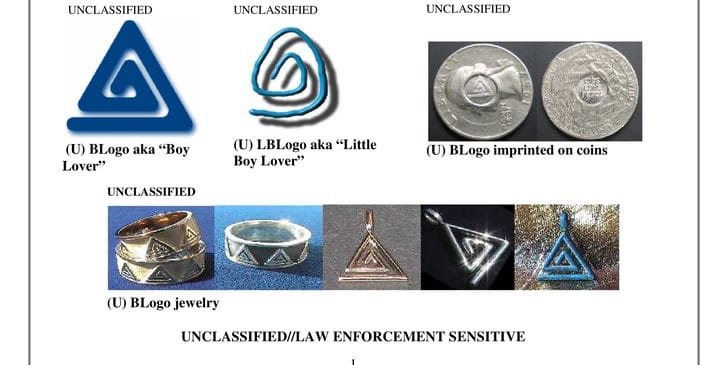 An FBI file about symbols used to identify “child lovers”. No wonder that girl looks unhappy. 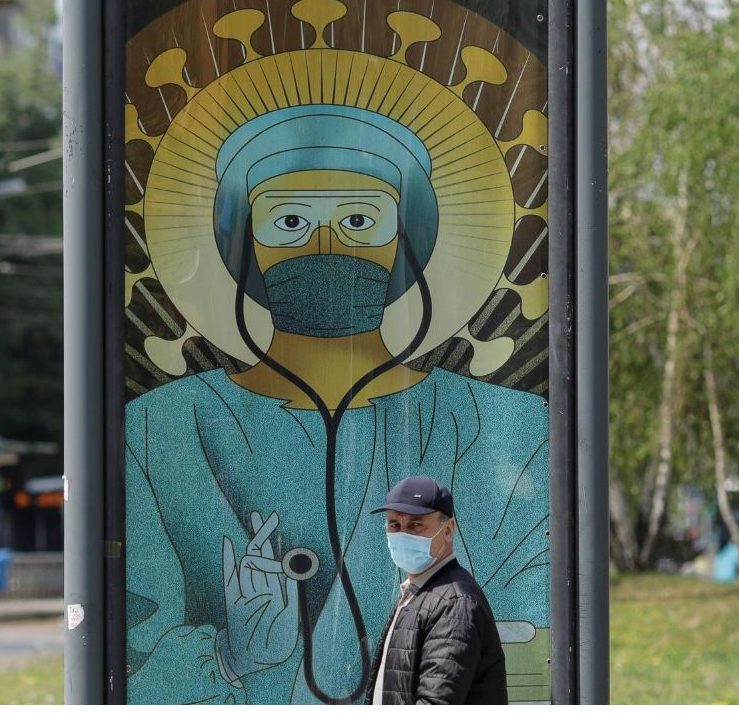 Weird posters appeared in Romania depicting doctors and nurses as Jesus and Mary. In this picture, the “sign of blessing” was replaced with the holding of a stethoscope. The halo (which represents holiness) was replaced with the … coronavirus? That doesn’t even make sense. Isn’t the doctor fighting that virus? Why is he basking in its glory? And what about not bastardizing Christianity to push coronavirus hysteria? Unsurprisingly enough, the Roman Orthodox church stated that the posters were blasphemous and an insult to Christian iconography.