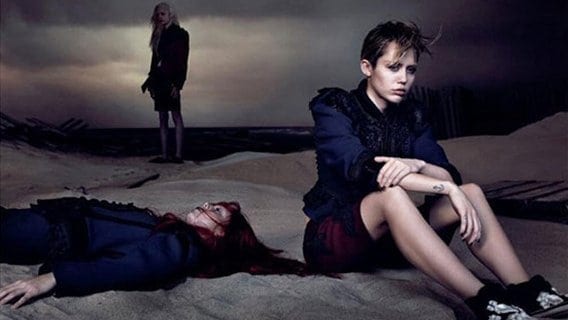 In this edition of SPOTM: Miley Cyrus, Kanye West, Kourtney Kardashian, Jared Leto and, as usual, what the hell is wrong with the fashion world? 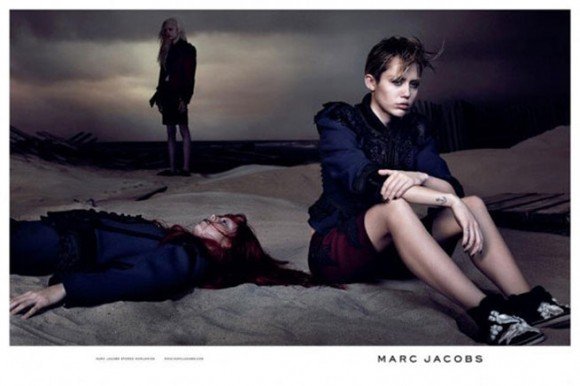 In Marc Jacob’s Spring 2014 campaign, Miley Cyrus is sitting there, being stylish next to … a dead girl. So fashion forward. 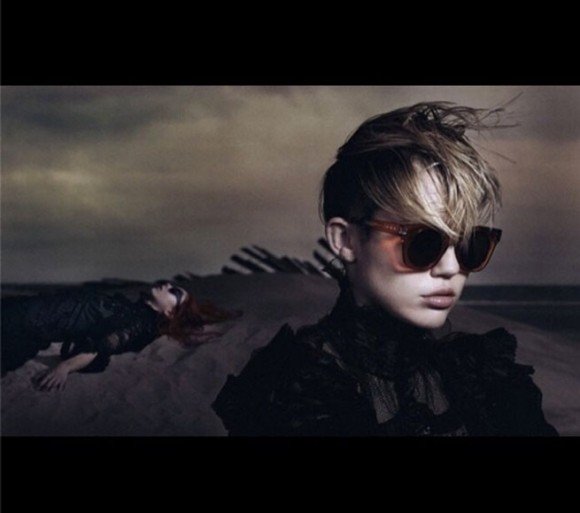 In this pic, Miley looks really cool with shades on … the dead girl looks cools as well. This ad campaign prompted a writer at The Guardian to publish an article entitled “How female corpses became a fashion trend“, where the writer cites a few other examples where dead women are featured in fashion shoots. This ad campaign is simply a continuation of the culture of death that is prevailing in pop culture. Dehumanization is trendy. 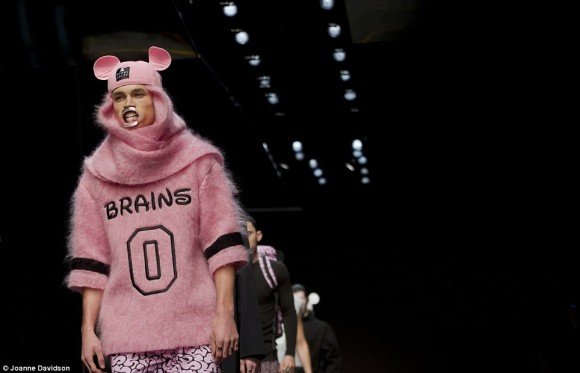 Speaking of the dehumanizing fashion, here are pics from a fashion show during London’s Men Fashion Week. Yup, its a guy wearing a shirt saying “Brains 0”, combined with a Mikey Mouse hat (a symbol of mind control) and a device forcing his mouth open. I do not think it is possible to make that guy look more idiotic and, even worse, more of a symbol for mind control in the fashion world. 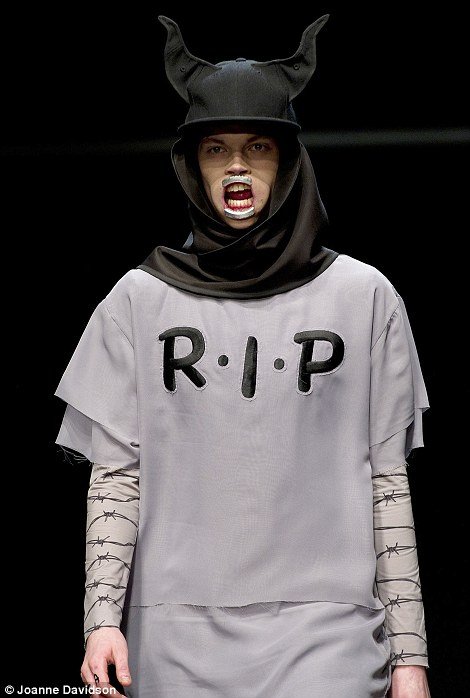 Another model with horns on his heads, the letters R.I.P. on his shirt and barb wires on his sleeves. In short, he is a celebration of Illuminati mind control and death culture. He can’t say anything about it because his mouth is forced open. 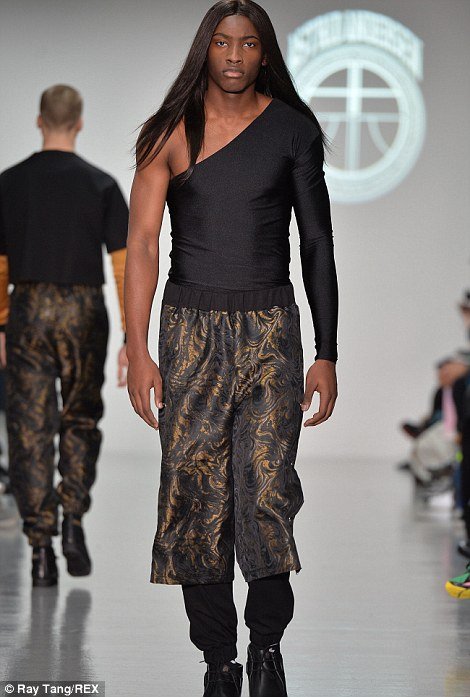 Dude…why are you trying to look like Kelly Rowland’s twin brother? But seriously, the fashion world is desperately trying to make women look masculine and men look feminine. 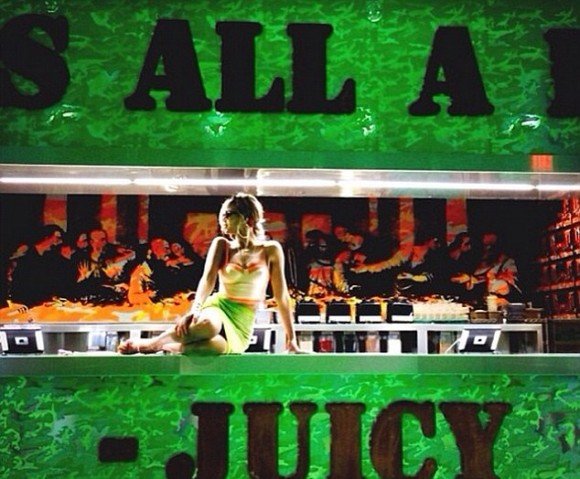 Beyoncé posted this pic on Instagram. She is posing sexily in front of a painting of the Last Supper and is hiding Jesus Christ on the pic. This prompting some people to dub her “Beyzus”. While this may be dismissed as an innocent picture, it is perfectly in line with Jay-Z and Kanye West’s recurrent themes of being/becoming Jesus, which is in line with the occult elite’s belief of seeking godhood. 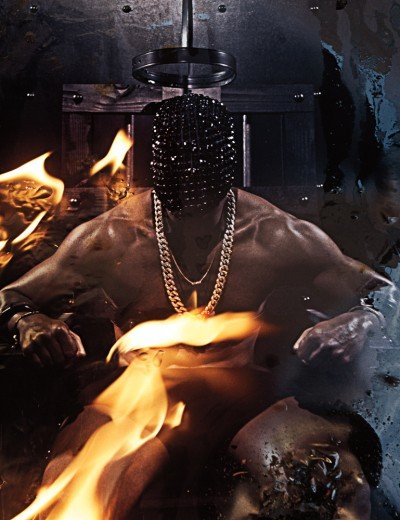 Speaking of Almighty Yeezus, here’s Kanye in a photoshoot for Interview magazine. It was shot by Steven Klein, who also worked with Lady Gaga and Britney Spears videos. Unsurprisingly, the photoshoot features MK imagery. In this pic, Kanye is sitting in what appears to be an electric chair with an uncomfortable mask on his head. 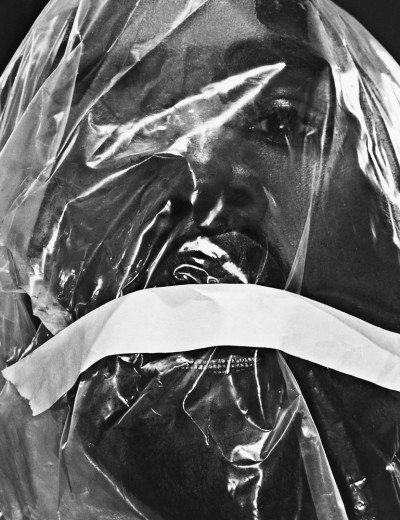 In this pic, he appears to be suffocating, a common torture used on MK slaves. While this shoot may represent Kanye’s “trials and tribulations”, the imagery is still in line with the promotion of dehumanization and torture in mainstream media. 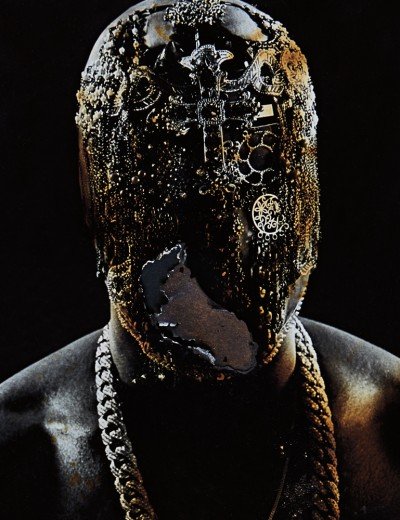 Kanye wearing the world’s most elaborate mask which features one hole for one eye. More MK symbolism. 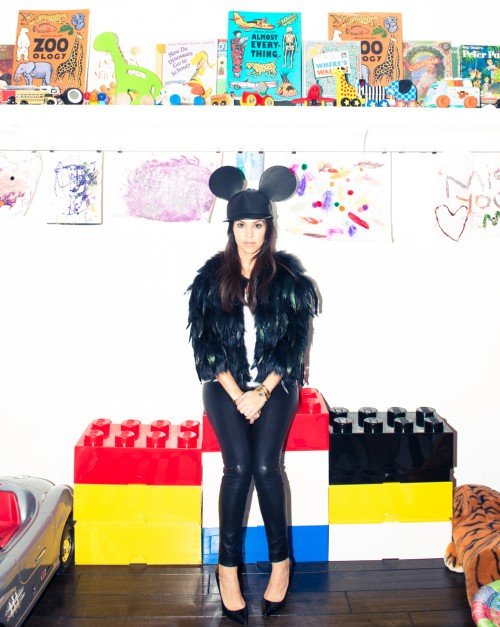 Now let’s look at Yeezus’ sister-in-law, Kourtney Kardashian, and her photoshoot for The Coveteur magazine. This seemingly innocent article about her “Louboutin-filled” closet is actually more filled with MK imagery. For no obvious reason, Kourtney is wearing a Mickey Mouse hat (symbol of mind control). 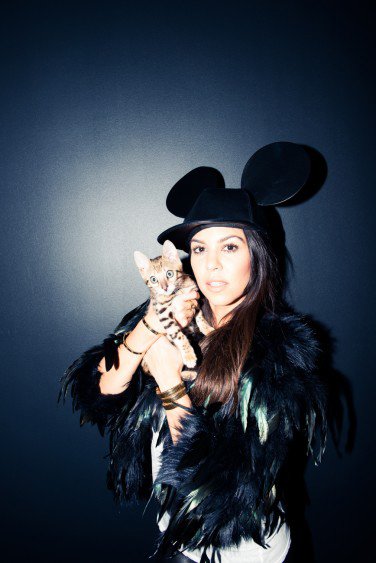 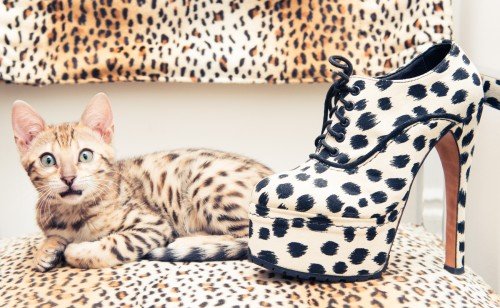 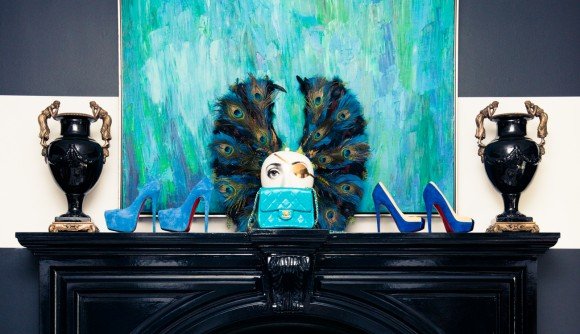 No MK-themed shoot would be complete without a one-eye sign. Here it is. 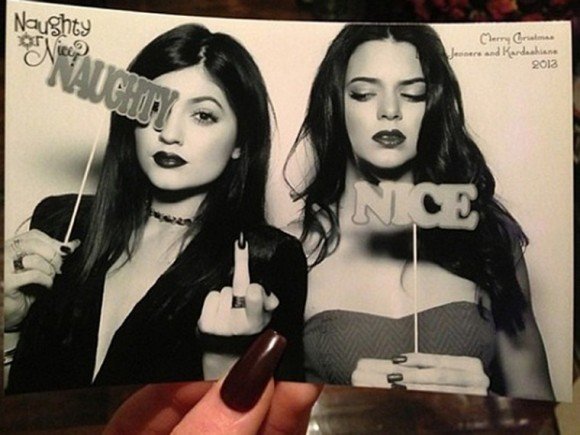 Here are Khloe’s half-sisters Kendall and Kylie (notice how people in the above pics are all related) 2013 Christmas card. The word “Naughty” is used to hide one of her eyes. Yes, being an Illuminati pawn forces you into become “naughty”. But that word is probably not strong enough. 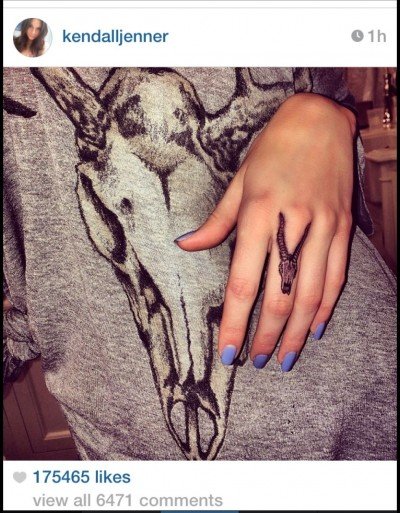 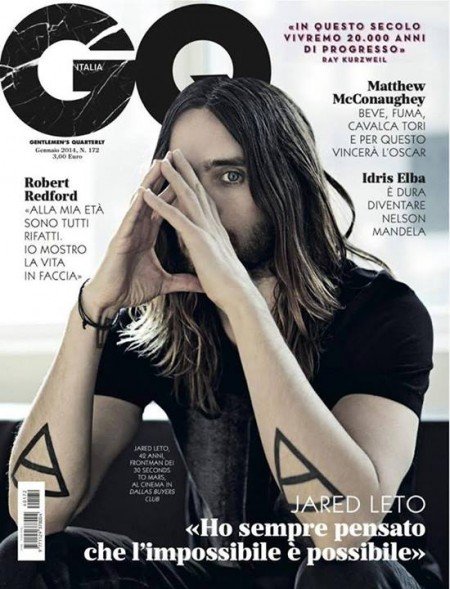 Here’s Jared Leto (a regular at SPOTM) forming a triangle with his hands and conveniently hiding one eye with them. 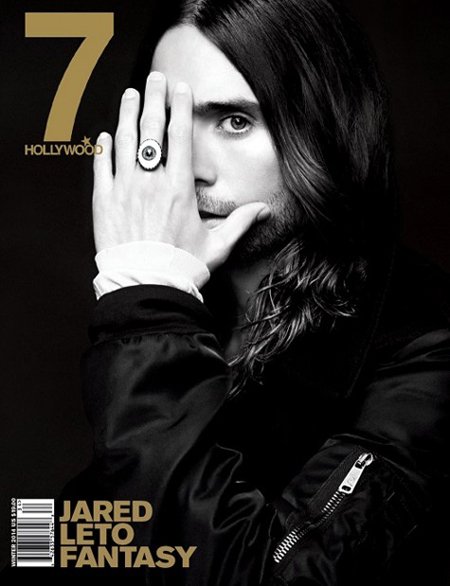 Jared on the cover of Hollywood magazine. He wears an All-Seeing Eye ring so you fully understand why he is always hiding one eye. 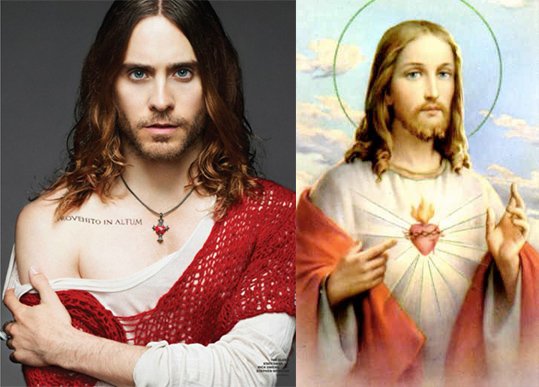 Here’s Jared trying hard to look like Jesus. Can someone maybe send a memo to Jared, Beyoncé and Kanye to let them know that they are NOT Jesus? They seem confused about this fact. 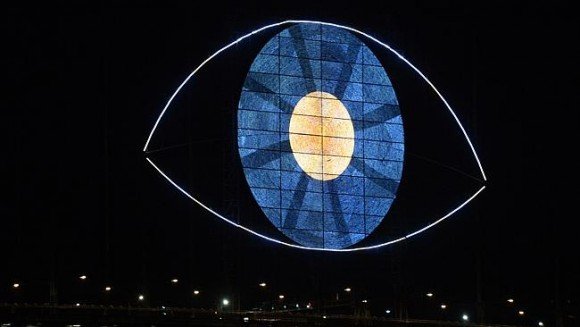 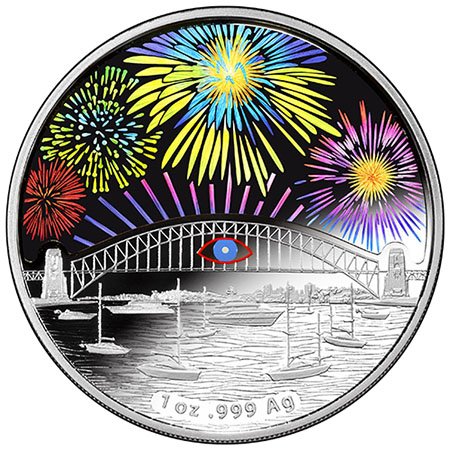 This coin was issued by the Royal Australian Mint to commemorate the 2014 New Year’s Eve. Once again, its all about that Eye. 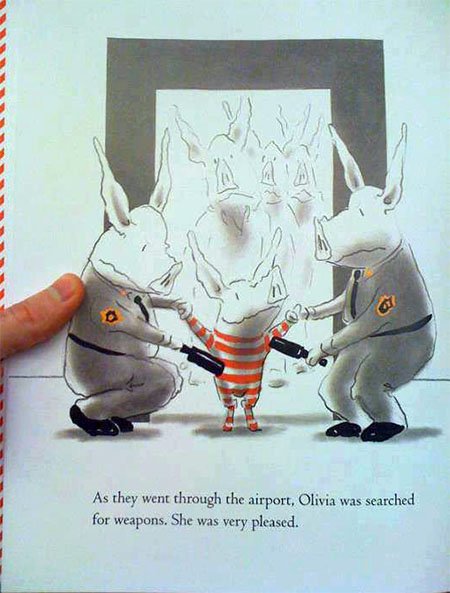 This is a page from a children’s book called ‘Olivia Goes to Venice’. Why is Olivia “very pleased” about being searched by these two pigs? Looks like an attempt at normalizing TSA searches to young children. 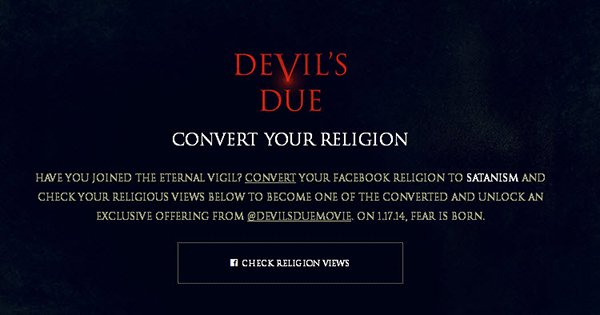 This is a screenshot taken from the official website of the movie Devil’s Due. It asks people to convert their Facebook religion to satanism to receive an “offering”. Just another way of pushing satanism to the masses.