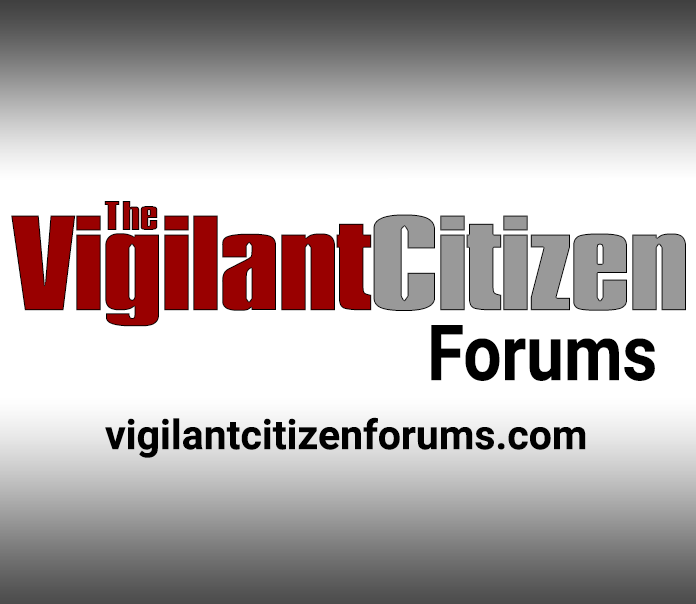 It took some time and effort, but The Vigilant Citizen are back online – and they’ve been greatly improved.

The VC Forums were taken offline a few months ago due to several issues that could not be fixed without drastic modifications. The main issue was that s that occurred on the forums sometimes affected and compromised the main site. Furthermore, the forum software was buggy, outdated and annoying to use.

In order to address these issues and more, the forums were rebuilt from scratch, using arguably the best forum software around. A new domain name was created (vigilantcitizenforums.com) and was installed on a secure server. This should allow both the forums and the main site to be independent entities while still maintaining strong links.

In short, the new forums have been given all of the components necessary to allow the VC community to grow, flourish and harbor important discussions for years to come.

So don’t be shy and check out the new forums at:

Thanks, VC, I’m really happy to see this. I think I speak for a lot of people when I let you know you’re efforts are greatly appreciated. Since you won’t take donations for your extremely important work, let me just go ahead and purchase a few more copies of your e-book. 🙂

I thought there was more to it than a functionality issue? At any rate, good news!

I thought there was more to it also.,but oh well; Awesome thay they’re back!! 😀

Right, like a certain article involving pizza that also disappeared.

I would like it if you would bring back reader contributions.

HARRY AND MAGHAN, ESPECIALLY MEGHAN MARKLE…..HOW SHE GOT THERE?

How about older posts such as mine?

Love it! Can’t wait to see it

Join the conversation people. One must on your hardhat at times, but you will learn a lot. The more participants the better.

Vote Up0Vote Down  Reply
Thy Unveiling