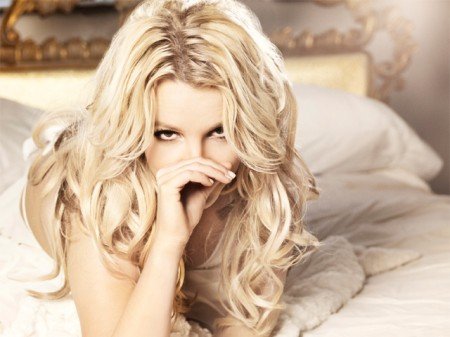 In the article entitled Britney Spears, Mind Control and “Hold it Against Me”, we’ve looked at the many symptoms and events indicating that Britney Spears might be under mind control. About a week after publishing the article, more telling facts are appearing in the news, where Britney is described by insiders as being absent-minded, robotic, zombie-like and highly unstable. Regarding her music career, she is said to be “a puppet who would be told what to do”.

This article from The Sun describes Britney’s robotic behaviour and the total lack of control over her career. It pretty much says much everything without outright saying it: Britney is under mind control and is completely manipulated by her handlers. She is not the only celebrity in this situation. Britney is simply becoming more transparent as she reaches 30, the age where Monarch slaves usually experience “breakdowns”.

T0 the naked eye it seems Britney Spears is back – and on her best flesh-flashing form yet.

The 29-year-old singer has returned to the spotlight with the release of her seventh album Femme Fatale, already hailed as one of the best of her career.

The CD’s launch has been supported by sexy new images, raunchy television appearances and the announcement of a huge American summer tour.

Four years after shaving off her hair during her infamous public meltdown, it looks like Britney finally has her head screwed on once again.

She appears to be back where her fans want to see her – on stage, in the charts and in skimpy outfits.

But scratch beneath the surface of the tight basques and even tighter PR machine and all is not as it seems on TV.

Members of Britney’s inner circle are terrified her pristine pop star mask could slip once again at any moment, sources have told The Sun.

They are concerned she will not be able to maintain the act for even a five-minute interview if she strays from their control – let alone a gruelling two-month, 26-date tour.

And their fears have created the most painfully stage-managed promotional tour showbiz has ever seen.

A source close to the star told The Sun: “She’s very fragile. Up until a few months ago she was still heavily medicated and popping up to ten pills a day.

“It’s like she has to be wheeled from one place to another. She can’t be trusted to do anything on her own. Whether she is performing or recording it’s the same. Sometimes she’s like a zombie. Her mood swings are unreal too. It is four years since she famously cut off all her hair and hit rock bottom.

“But as recently as last year she was still pulling the same stunt – hacking her hair off with scissors when she wanted attention from her staff and loved ones at home.”

Britney walked head-on into an airbrushing row with the pictures produced to plug her new album.

But the source said: “She has lost a lot of weight for her comeback but then releasing pictures like those take any deserved credit away because they are so far removed from what she really looks like.

“And it’s not just the pictures – it’s like they are airbrushing her whole life.”

The singer’s promotional appearances in America this week have been criticised as among the most stage-managed of all time.

American TV host Carson Daly, 37, tweeted that her management had requested he hand over his pre-taped interview so they could edit it.

NBC host Carson, who has known Britney for ten years, wrote: “Even when I interviewed Michael Jackson, it wasn’t anything like this… it’s really insane.”

Central to her comeback plan was Britney performing a short, three-song set on Good Morning America on Tuesday.

But she was blasted for obviously miming and barely dancing during the performance in San Francisco.

The Billboard Charts’ associate director Keith Caulfield said: “You expect her to dance ferociously because when you’re lip syncing, we expect you to dance.”

The critic stormed on: “She strutted robotically, her gaze never straying to the audience.”

The Good Morning America breakfast show was apparently chosen over other outlets for the big comeback because they let her mime and allowed the appearance to be tightly controlled.

On the show Britney announced she was going on the road with pop heart-throb Enrique Iglesias, 35. But hours later he pulled out of the tour. Next it was Britney’s turn to pull the plug on a planned appearance, on Ellen DeGeneres’ popular daytime chat show.

Her team blamed “scheduling conflicts” for the move but rumours swept TV circles that the format of the show was deemed too relaxed for Britney to keep up the facade.

Instead, she took part in a tightly scripted, albeit funny, comedy skit on late night show Jimmy Kimmel Live, where she pretended to be shot into the air in a portable toilet.

Another major element of the album’s PR campaign was a role on hit TV show Glee – where again she could hide behind a script. A source on set claimed she was “out of it”.

A respected US website reported: “They led her in front of the cameras and she’d sit there like a deer in the headlights until she had to say her lines. When she was finished they’d take her by the hand and lead her away again.”

The Glee source also said she was totally reliant on her team of minders in order to function professionally. The control-freakery also made its way over the pond on Wednesday, during an interview on London’s Capital FM radio.

Britney’s ramblings were cut short when her management told the interviewer to “shut up” in his ear.

One aspect of her comeback to have dodged much of the criticism is the album itself. Despite her voice being heavily autotuned, some pop critics have called it her best yet.

A number of the tracks, filled with stomping beats and lashings of sexual innuendo, will clearly be dancefloor fixtures for years to come.

But how heavily Britney herself was involved in creating the album has also come under scrutiny.

Describing the process inside the studio, a former pal revealed: “I was with Britney when she recorded at least three of the tracks on Femme Fatale.

“It appeared she had almost nothing to do with its creation other than vocals.

“She was like a puppet who would be told what to do. She’d go into the sound booth and basically read the lyrics from a sheet.

“But they’d have to stop when she kept getting it wrong.”

Also bubbling behind the scenes is a legal row with former bodyguard Fernando Flores, 29.

He has launched a sexual harassment lawsuit against the star, accusing her of pursuing him for sex when he worked for her last year.

The former policeman has even told pals he has filthy nude photographs sent by the singer and the fear is he may release them to support his case.

One source has claimed that instead of a musical comeback, Britney should be concentrating on her health and wellbeing. Her rocky relationship with former manager Jason Trawick, 39, seems to have settled down in recent months.

She has also been praised for behaving more like a responsible mother figure to Sean Preston, five, and Jayden James, four, than ever before.

A source said: “She seems to have lost a lot of her drive – and who can blame her?

“She has been through a hell of a lot and is coming out the other side.

“But rather than the pressures of putting on her pop star mask again, she should do what makes her happiest. And if you ask me, that would be just being herself, being good a mum and eating fried chicken around the pool at home.”

Celia Imrie: “My electric shock nightmare at the hands of the CIA’s evil doctor”