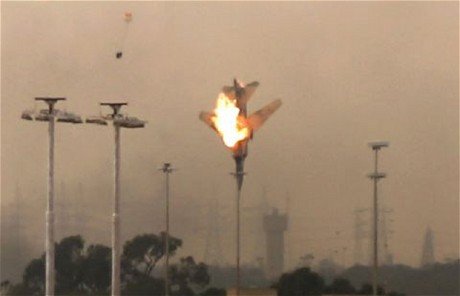 Is there an occult reason behind this? Both invasions occurred on the eve of the Vernal Equinox – a date that was – and still is – extremely significant throughout History. It is the date of the Sun’s resurrection and was often celebrated with a blood sacrifice to “impregnate the Earth”.

“When the vernal equinox no longer occurred in the sign of Taurus, the Sun God incarnated in the constellation of Aries and the ram then became the vehicle of the solar power. Thus the sun rising in the sign of the Celestial Lamb triumphs over the symbolic serpent of darkness. The blood of the lamb is the solar life pouring into the world through the sign of Aries.”
– Manly P. Hall, The Secret Teachings of All Ages

“It (the Vernal Equinox) was particularly the sacrifice des primeurs, the first fruits of the fields, the first vegetables, the first lambs and other young animals and so on. And the first-born son, Christ the Son of God, is also sacrificed at the time of the vernal equinox. This idea of youth being sacrificed was called in Rome the ver sacrum, the sacred spring.”
– Carl Jung, Notes on the Seminar Given in 1930-1934 Volume 1

“The object of this paper was to show that human sacrifice, which prevailed extensively in early times, was a custom connected especially with the Vernal Equinox, and that the offerings were made to appease a mythical dragon which made its demand at that time. The Dragon of mythology is identified and defined, and shown in what sense he opened his jaws at the spring season of the year.

In Egypt they had been abolished at an early period; but in Greece we have historical instances.”
– George St. Clair, Dragon Sacrifices at the Vernal Equinox

According to some researchers, in Illuminati lore, the Spring Equinox is considered  a Minor Sabbath but still requires human sacrifice. March 21-22 is dedicated Goddess Ostara (Ishtar, also spelled, “Eostre”), for whom “Easter” is named. March 21 is one of the Illuminati’s Human Sacrifice Night. Ishtar was the Babylonian goddess of fertility, love and war. Her name derives from the words for “Dawn”.

Is it a coincidence that the name of the military operation in Libya is “Operation Odyssey Dawn”? Are we looking at another mega-ritual?

Behind Closed Doors: Rare Pics of a Masonic Memorial Temple