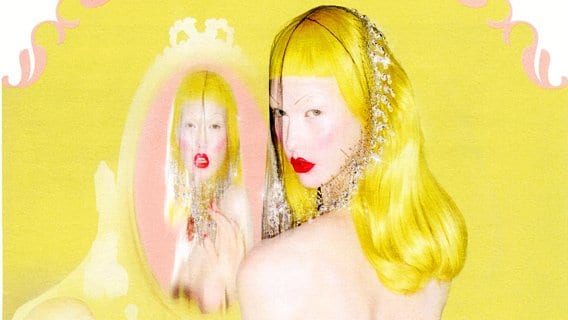 In this month’s SPOTM: Lady Gaga, Marina and the Diamonds and a whole lot of blatant MK imagery in fashion photoshoots. 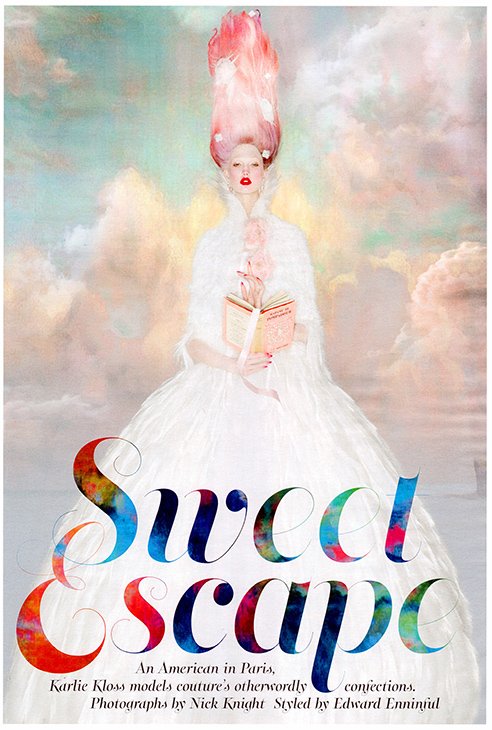 This photoshoot entitled “Sweet Escape” is featured in the October issue of W magazine and was shot by Nick Knight – the director Lady Gaga’s video “Born This Way” (analyzed on this site). The photoshoot is replete with Mind Control imagery, complete with references to trauma and alter personas. The title “Sweet Escape” references the concept of dissociation. In this image, the otherwordly model appears to be lifting up while reading a fairytale (which are used to programmed MK slaves). 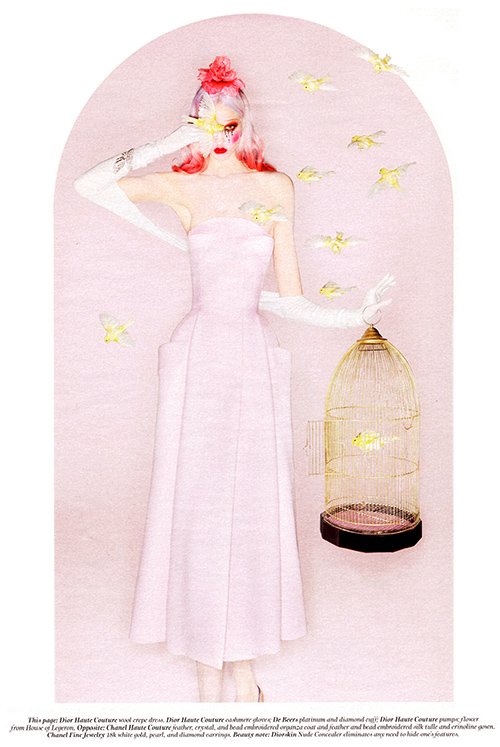 In this pic, the model is holding a cage with a bird trapped in it, a classic symbol representing mind control. To make things more obvious, one of the birds is hiding one of the model’s eyes while the other is shown bleeding. 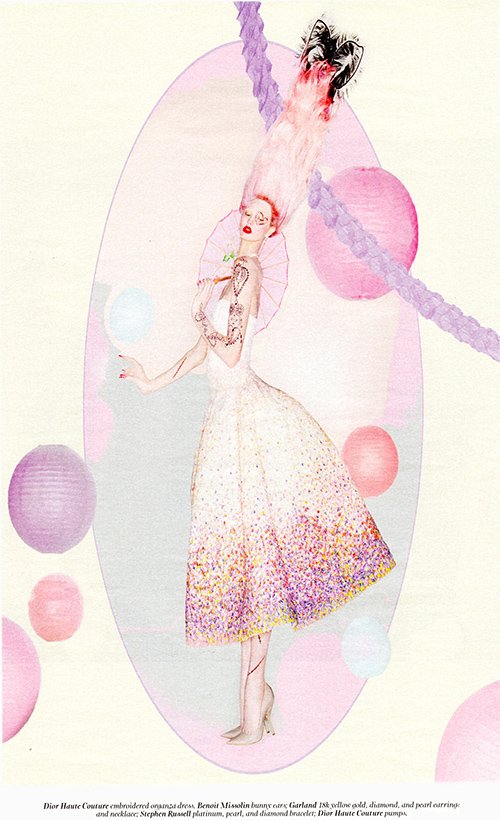 In this pic, the model is “in the clouds” (dissociation) and there’s another emphasis on a single eye. She has red scars on her arms and legs, symbolizing the trauma and abuse of Mind Control. 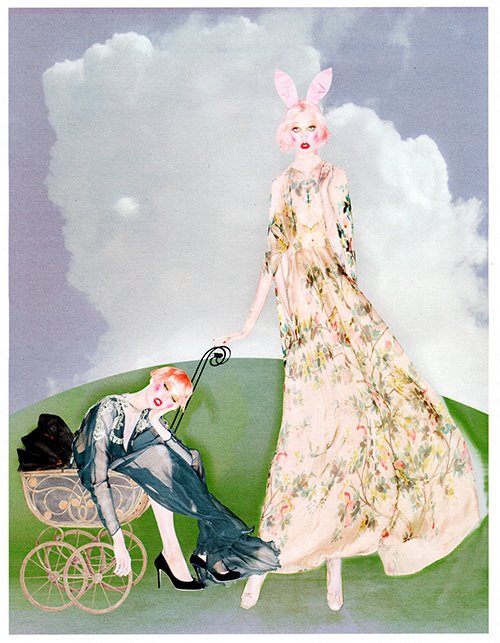 The model’s alter persona lies dormant in a stroller while the active persona is awake. She wears rabbit ears, symbol of mind control (as in follow the white rabbit towards dissociation). 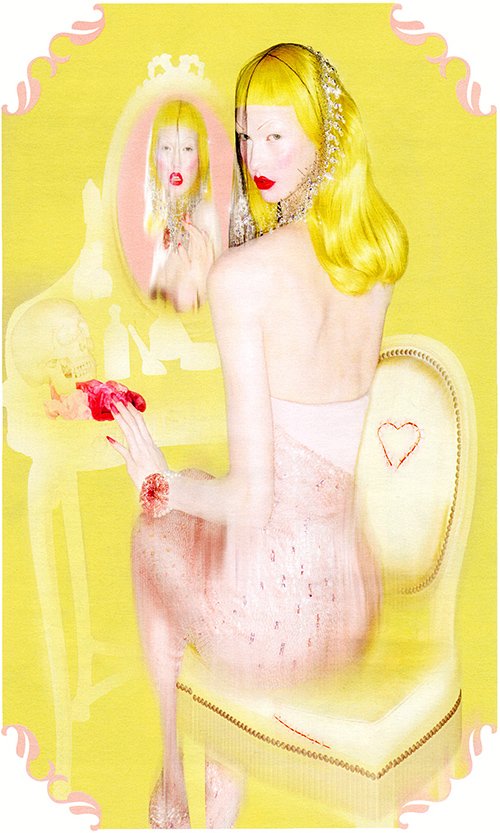 The reflection in the mirror is “independent” from the model, symbolizing the existence of a separate alter persona that is “behind the looking glass”. Scars on the chair still represent trauma. 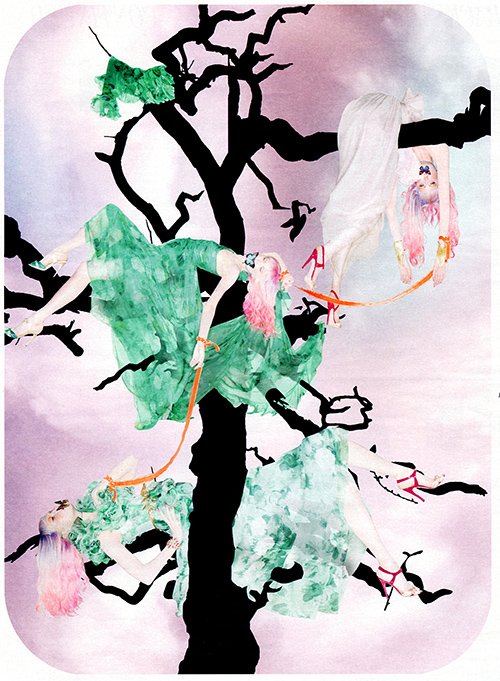 Discarted/unused alter personas laying lifeless on a dead tree. They are “silenced” by butterflies on their mouth – representing Monarch programming. This entire photoshoot truly contains almost every symbol associated with mind control. 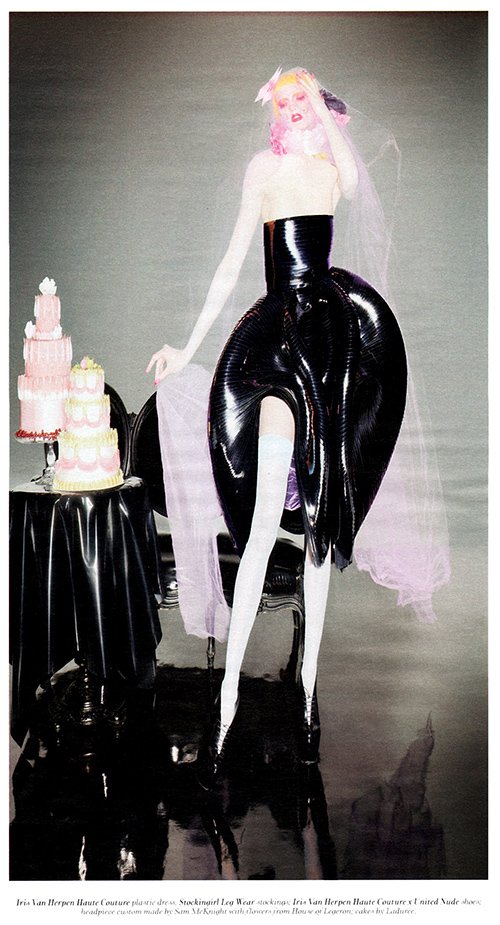 The final images of the photoshoot are a lot darker, as if representing the final product of the MK slave. In this image, a “black wedding” with the dark side…the model doesn’t seem to happy about it. 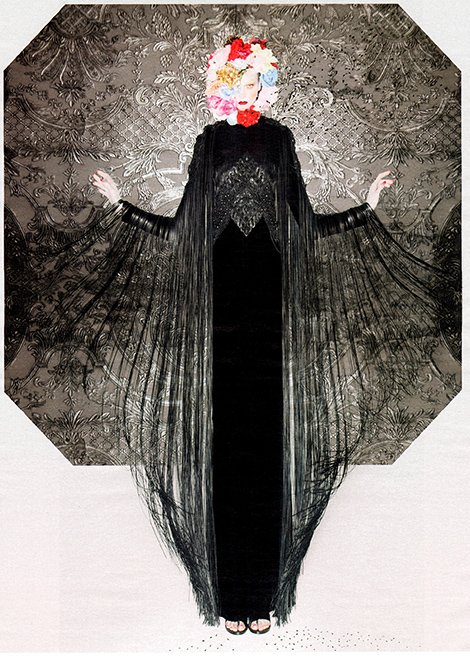 Final image of the shoot: An emotion-less model in a very dark setting with one eye hidden. Transformation complete? 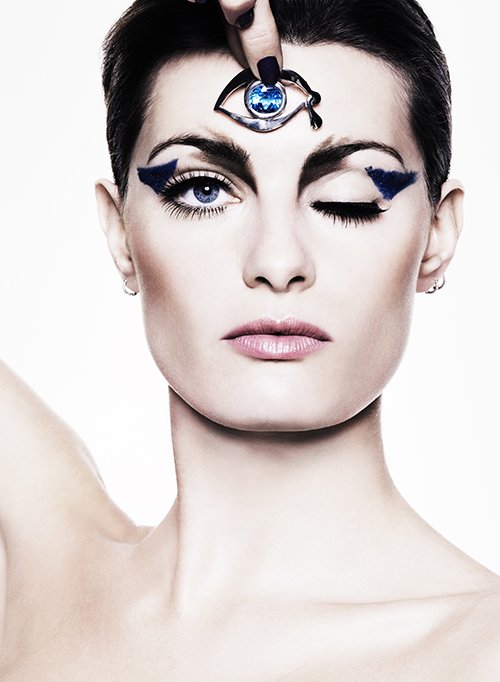 Isabela Fontana in Allure magazine with a mega-emphasis on the one-eye symbol. 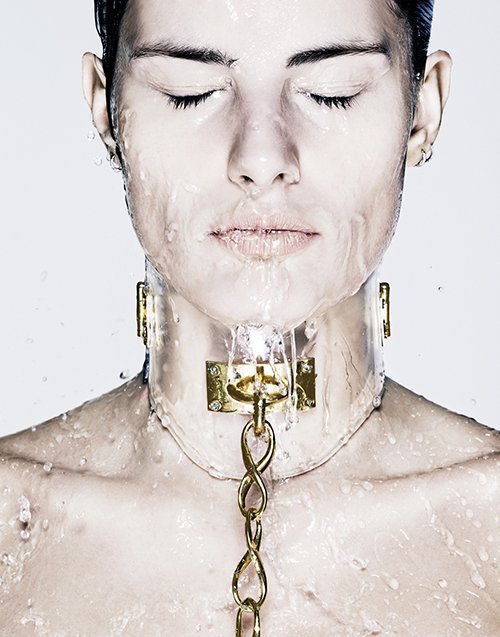 Another pic from Fontana’s photoshoot with a collar, symbolizing control and dehumanization. 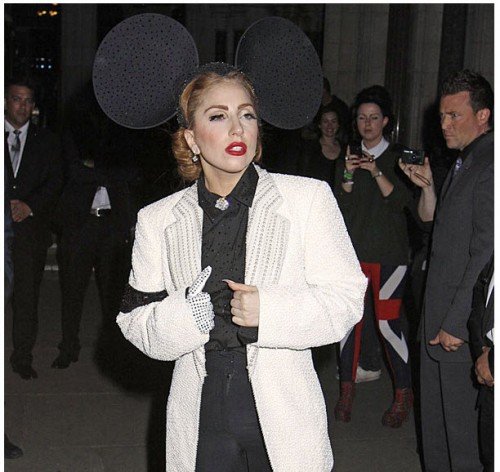 Lady Gaga “tributing” Michael Jackson during a London fashion week. That’s great, but why is she wearing big-ass Mickey Mouse ears (a symbol of mind control)? Is she ridiculing the fact that MJ was a victim of the MK music industry? 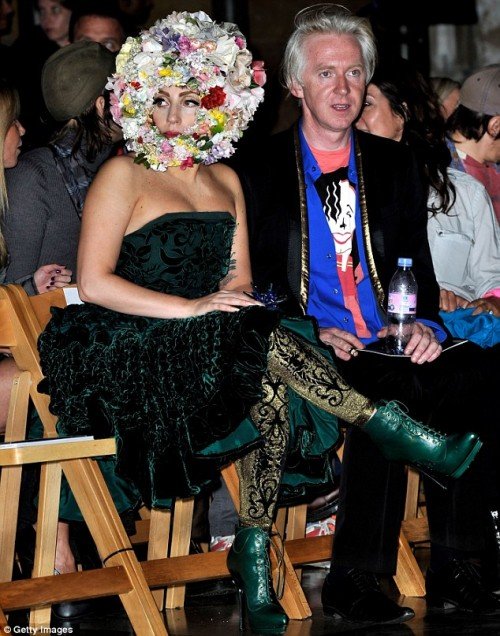 During the same fashion show, Gaga wore another outfit. But let’s try to ignore that flowery thing she has on her face and let’s look at the guy next to her: hat designer Philip Treacy. His t-shirt is also referring to Michael Jackson in an odd way, with a one-eyed charicatural version of him. Why does it seem like people in the industry ridicule MJ’s death? How about stopping these questionable “tributes”  and let him rest in peace? In case you’re wondering about Philip Treacy’s connections with the Mind Control entertainment industry, let’s look at some of his most famous hat designs: 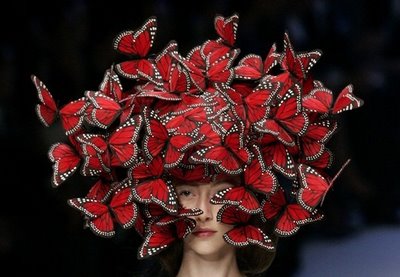 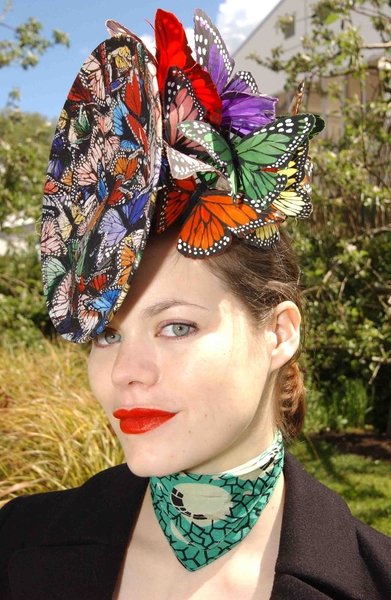 Yup, that’s how he does it. 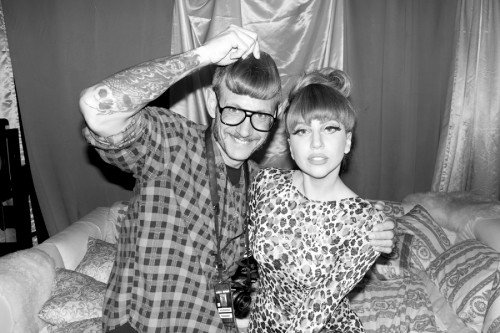 Creepy-ass Terry Richardson with Lady Gaga, who is wearing a sex-kitten outfit. Wait, maybe this has nothing to do with sex-kitten programming and she only likes the pattern… 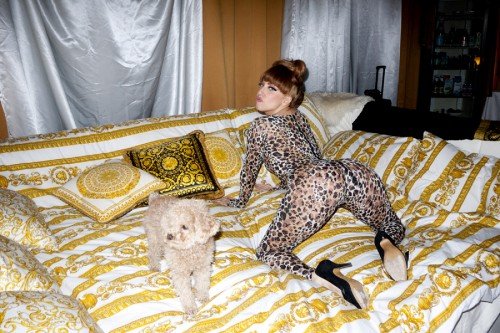 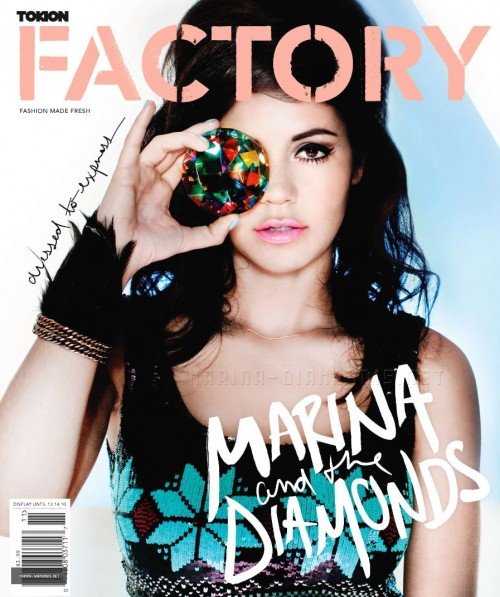 Popular Welsh singer Marina and the Diamonds is all about that Illuminati one-eyed symbolism. Here she is on the cover of Factory magazine. 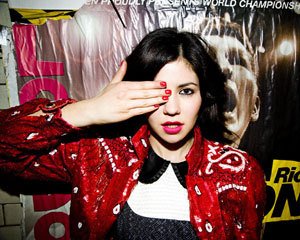 Just, you know, like, casually hiding one eye and stuff. 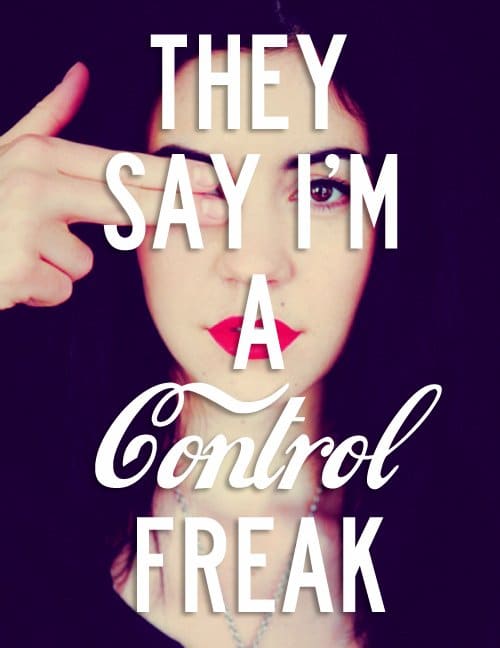 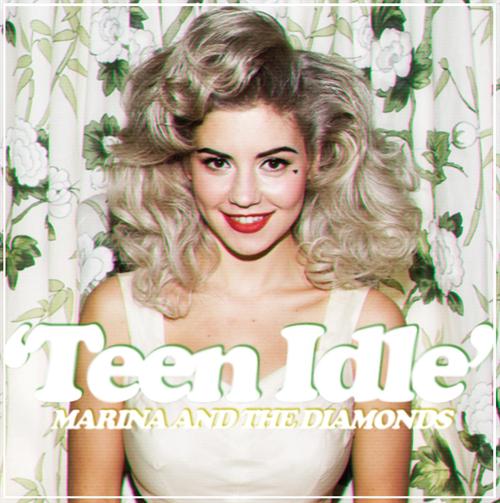 Like all young female industry pawns, Marina poses as a blond Marylin Monroe, the prototype of industry-controlled sex-kittens. 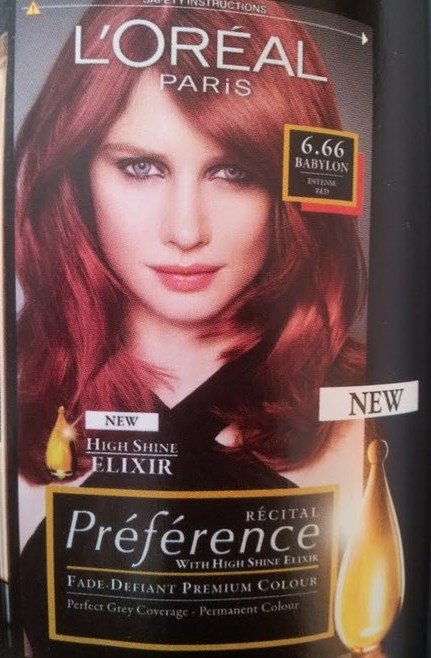 So this hair color is “6.66 Babylon”? That’s a pretty hardcore hair color name… 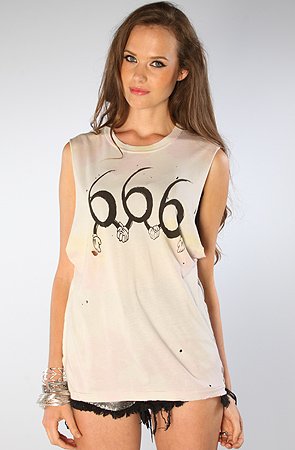 Macedonian ad for mobile phone company… And, for no apparent reason, a model hiding one eye. 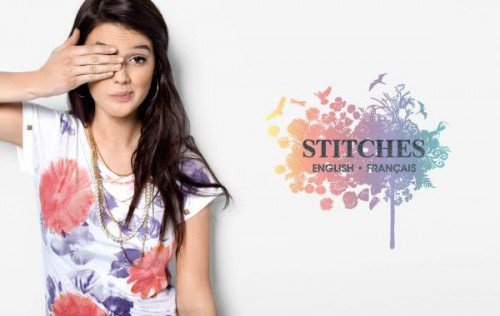 Homepage of the official website of Stitches…For no apparent reason, a model hiding one eye. 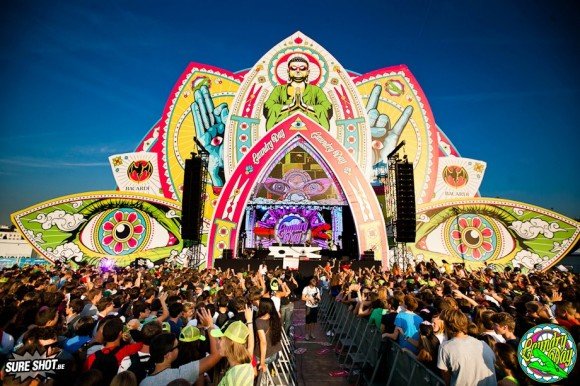 Laundry Day Festival in Belgium…a bunch of young people dancing under a gigantic stage full of Illuminati symbolism disguised as a theme of pseudo-esoteric-enlightenement.