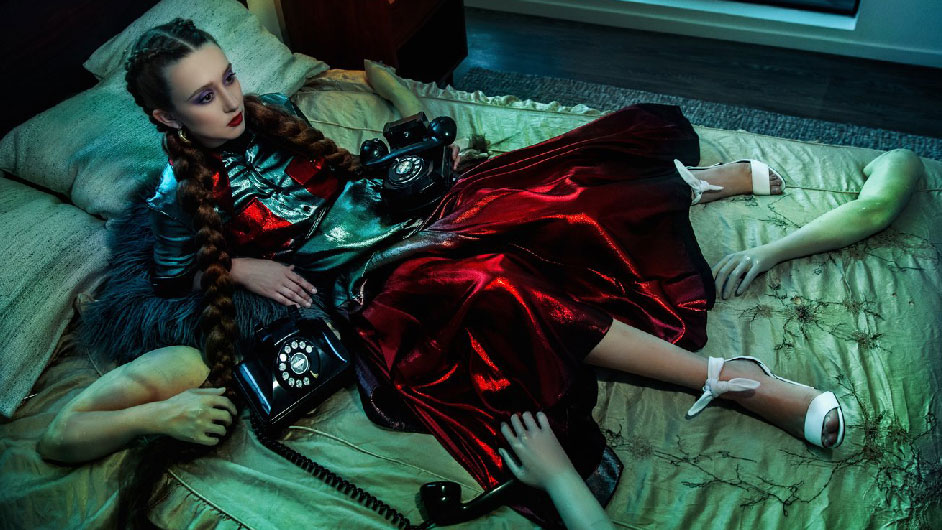 In this edition of SPOTM: Taissa Farmiga, Britney Spears, Madonna, the most ridiculous shirts you’ve ever seen and a bunch of pics that will make you say “wow” … as in “wow, what is wrong with these people?”. 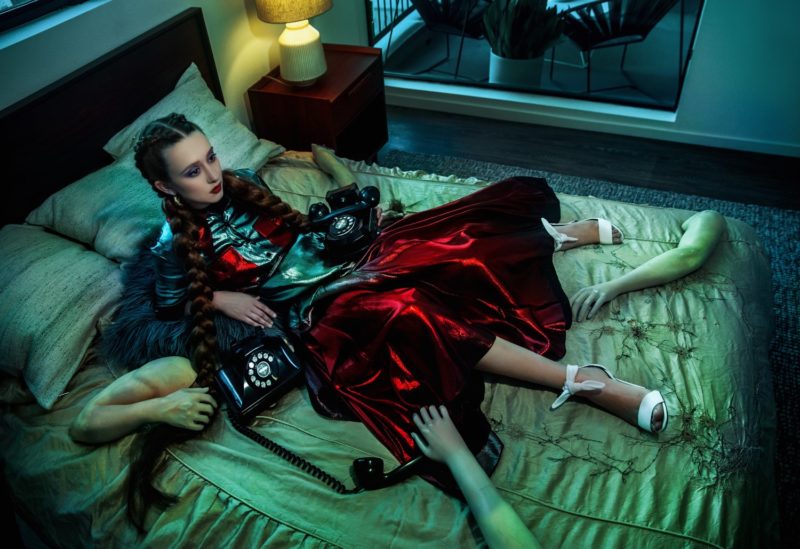 American Horror Story star Taissa Farmiga was recently featured in a photoshoot for Rogue magazine. And, yup, it is all about Monarch mind control. In this pic, Taissa lays on a bed surrounded by the disembodied arms of mannequins – a classic symbol of mind control representing MK handlers. Taissa holds a rotary phone while a mannequin holds another one. This kind of symbolism is often used in MK imagery to represent a slave being “triggered” by a handler (see Lady’s Gaga video Telephone). 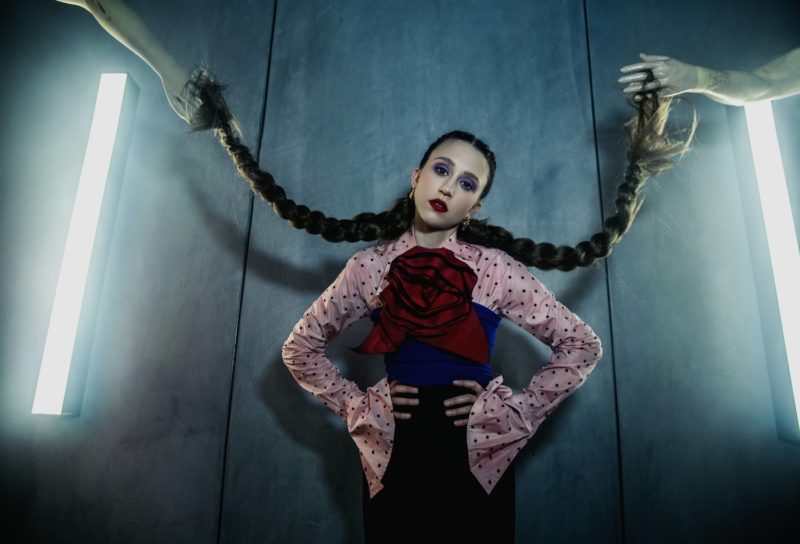 Here, Taissa’s hair is held up by the handlers. She’s in a position of vulnerability as the hands could easily pull her hair and cause pain. 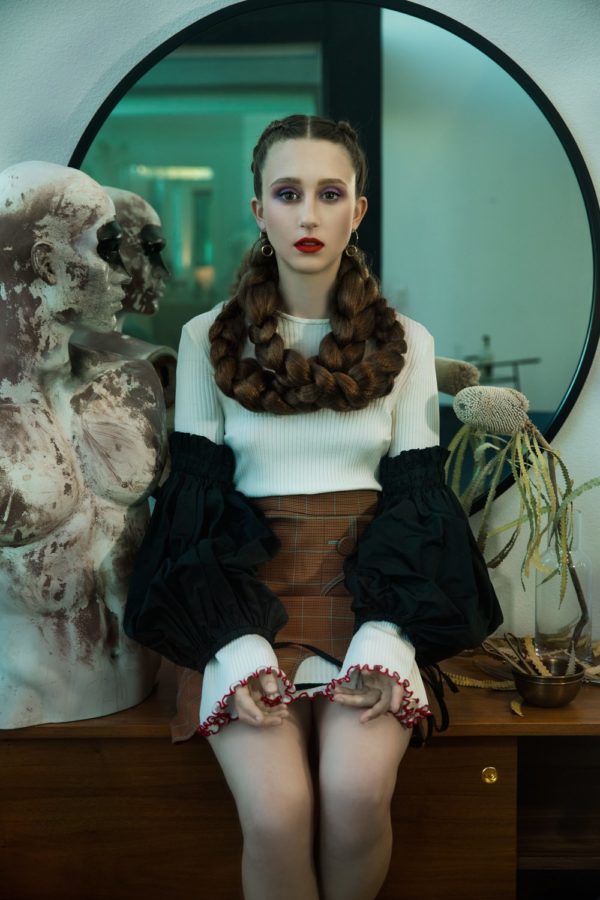 Taissa sits with a blank, MK-slave-stare next to a mannequin. 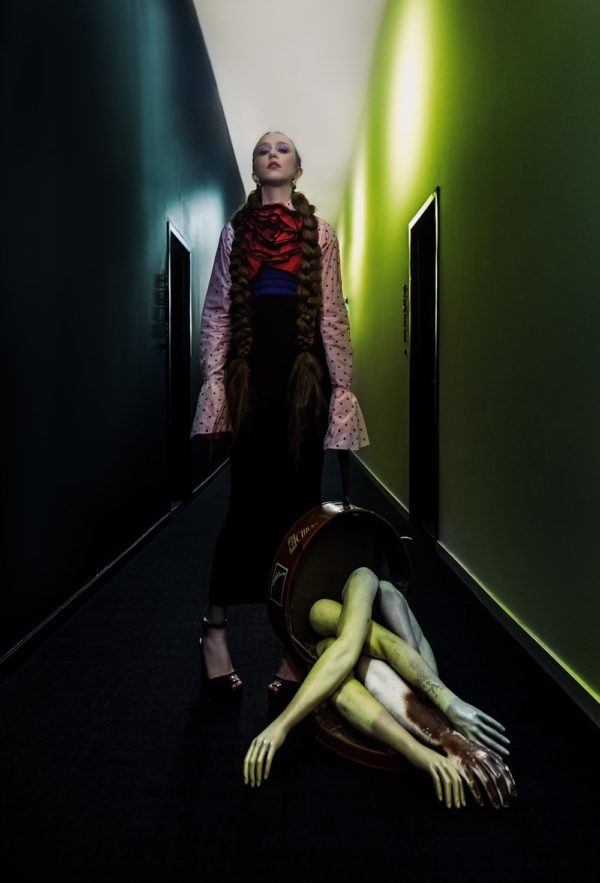 … Carrying her programming around. 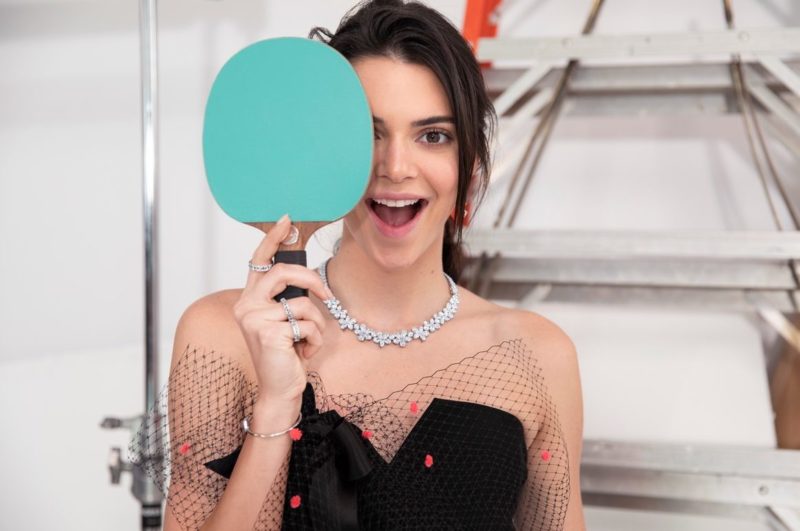 As usual, the one-eye sign popped up everywhere this month. This is a pic of Kendall Jenner announcing that she became the face of Tiffany Co. It seems that we need to add “ping pong paddle” to the list of stupid things used by these industry puppets to hide an eye. What’s next? A cello? 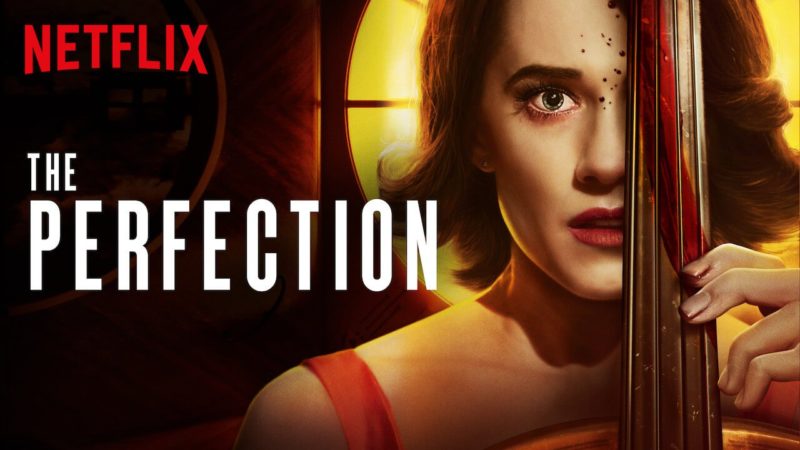 This is the promotional image for a new Netflix series named The Perfection. Yup, that’s a cello hiding one eye. So creative. As seen in several articles in the past, Netflix is dedicated to creating content that is 100% in line with the elite’s agenda. Although The Perfection is not out yet, the trailer depicts some horrifying scenes alluding to mind control, including someone getting electroshocked. 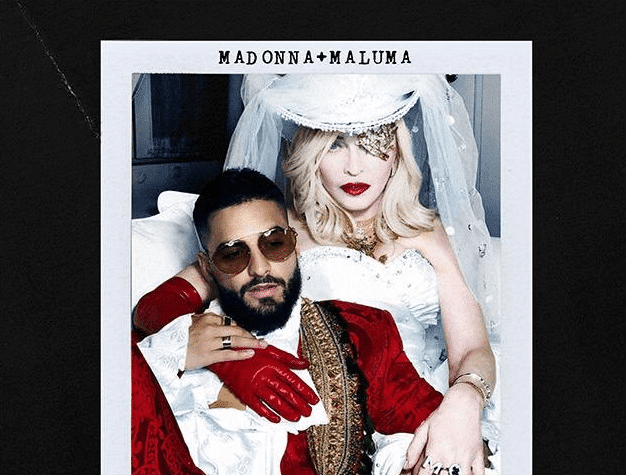 This is the cover of Madonna’s new single Medellin. The “High Priestess of the Industry” has one eye hidden and holds a symbolic red glove while holding Maluma in a dominating matter. For her new album, Madonna created a new persona named Madame X, which is all about mind control. Expect an article about it soon. 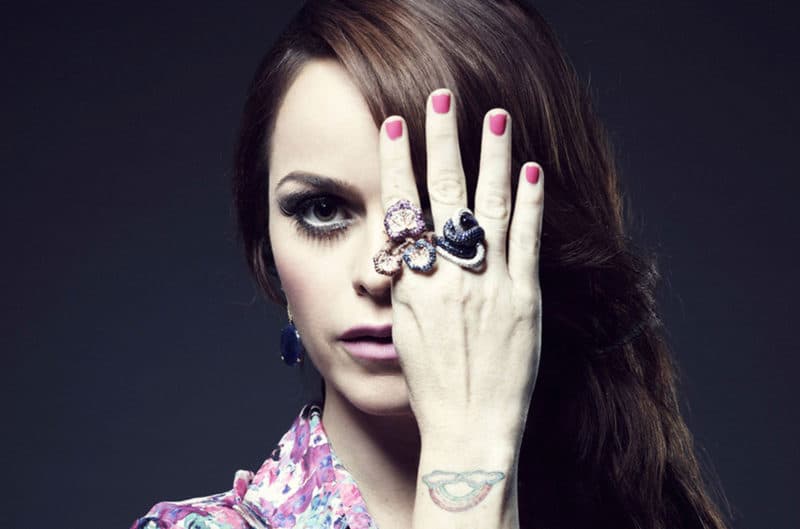 Actress Taryn Manning (8 Miles, Orange is the New Black) released a new music single entitled The Light.  This is the promo pic of the single. Apparently, she needs to hide one eye or her single wouldn’t see “The Light” of day. 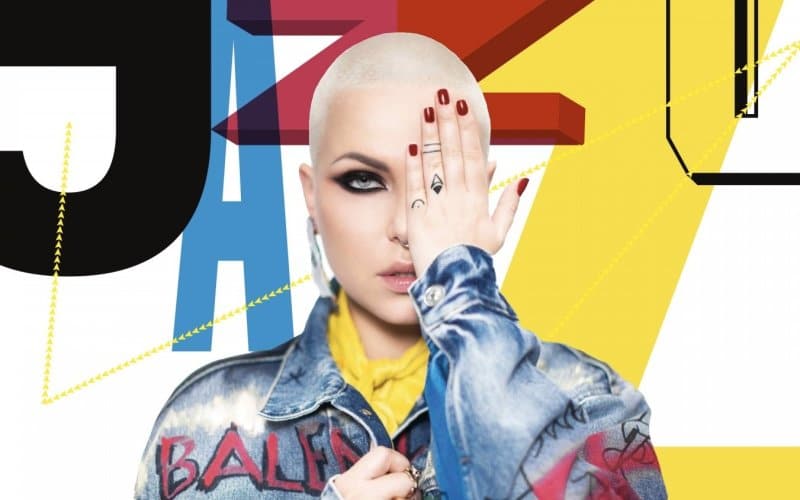 This is the cover of the new album by Lithuanian artist Jazzu. And you thought that Lithuania was safe from this crap, didn’t you?

This is a screenshot from the music video Twit by K-Pop singer Hwasa. It doesn’t require an in-depth analysis. She basically sings  “twit twit twit” while constantly hiding one eye. A perfect reflection of the music industry today. 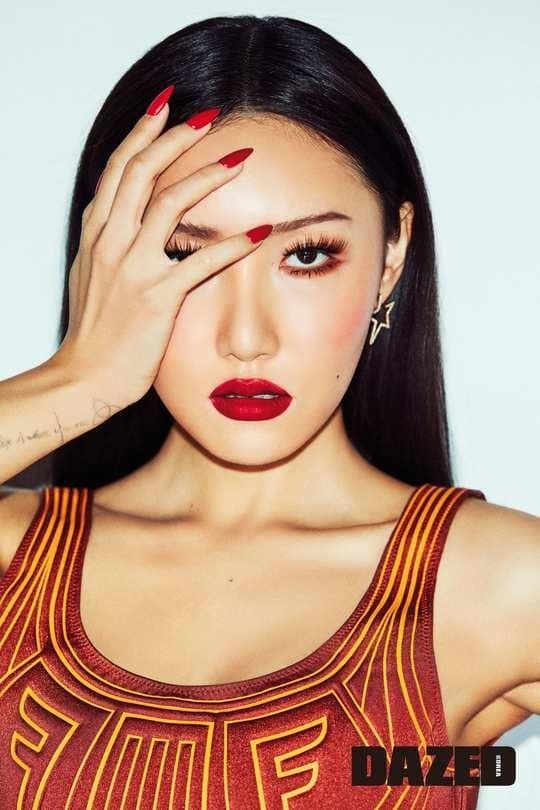 Hwasa was also in Dazed magazine. 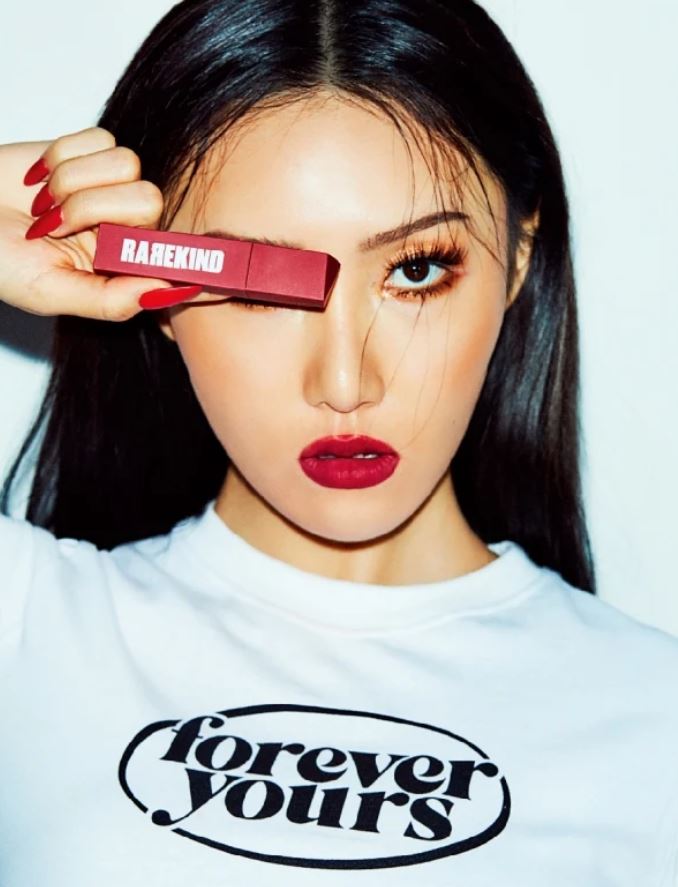 She also promoted some makeup. Wow. She really brings something new to the table. 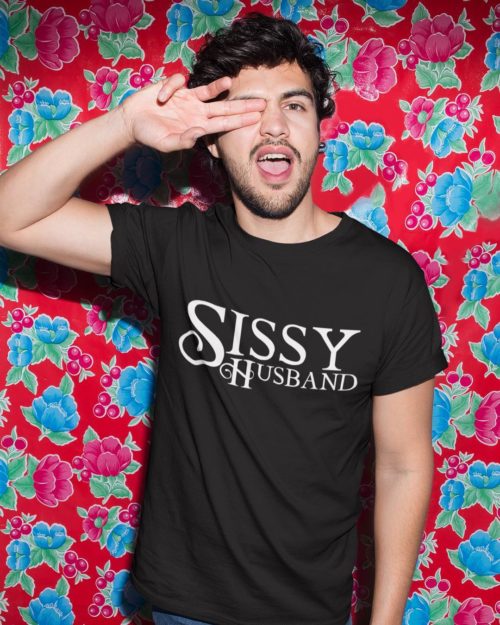 This is a pic by clothing line named Cuck and Bull Shop. This literally cuck is hiding one eye while doing a textbook soy boy face. As if that wasn’t enough, he’s walking around with a shirt that says “Sissy Husband”. Wow. 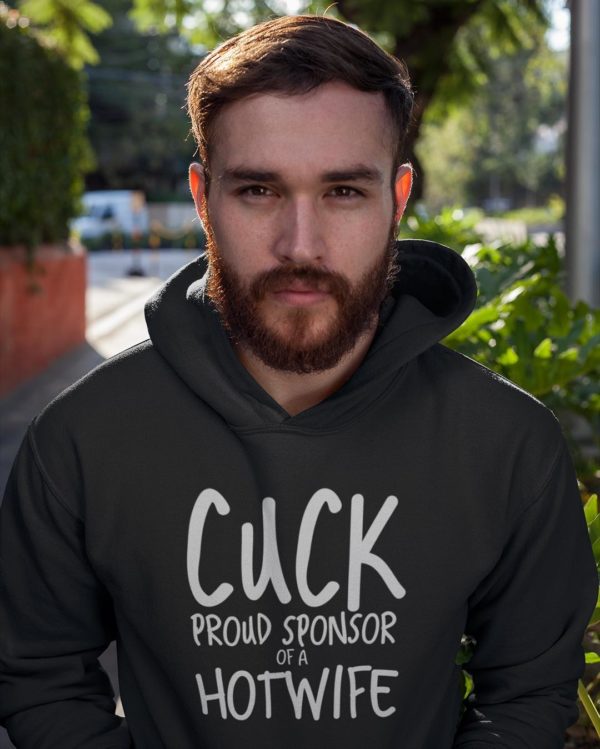 Wow. After posing for this pic, this guy will probably throw himself off a bridge. 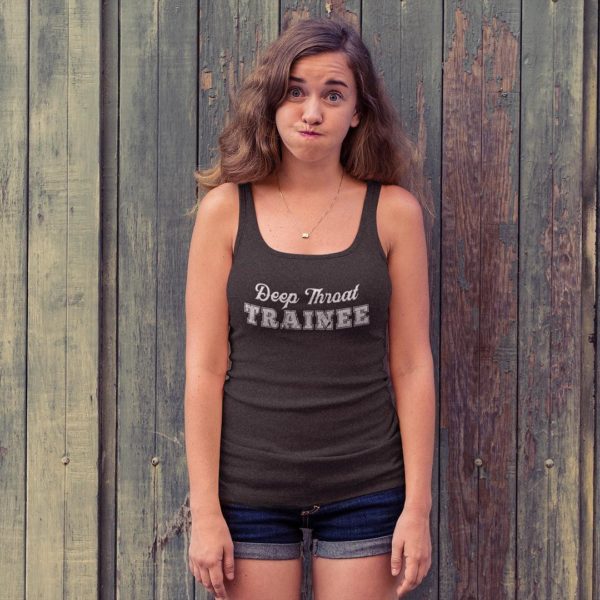 Does this brand also create weird, awkward, embarrassing shirts for women? Yes. And they chose a girl that looks really young to wear this explicit shirt. 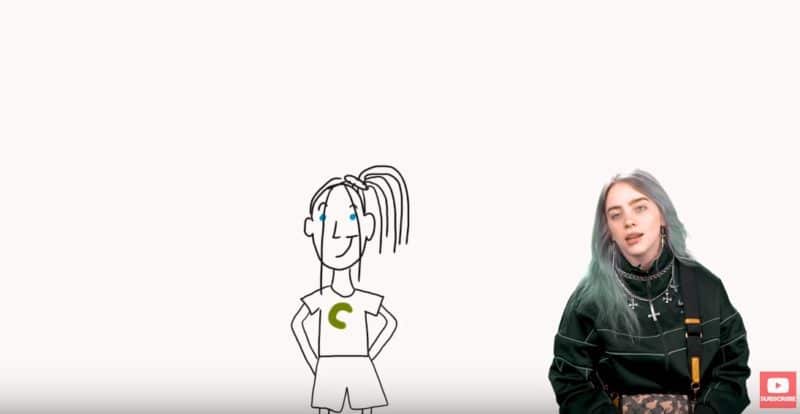 Draw My Story is a popular series on YouTube where stars tell a cute story while cute images are drawn in the background. In short, it is custom made to be appealing to young people. For this occasion, Billie Eilish wore a bunch of inverted crosses around her neck- the main symbol satanism. That is how the occult elite’s religion gets normalized to the young generation. 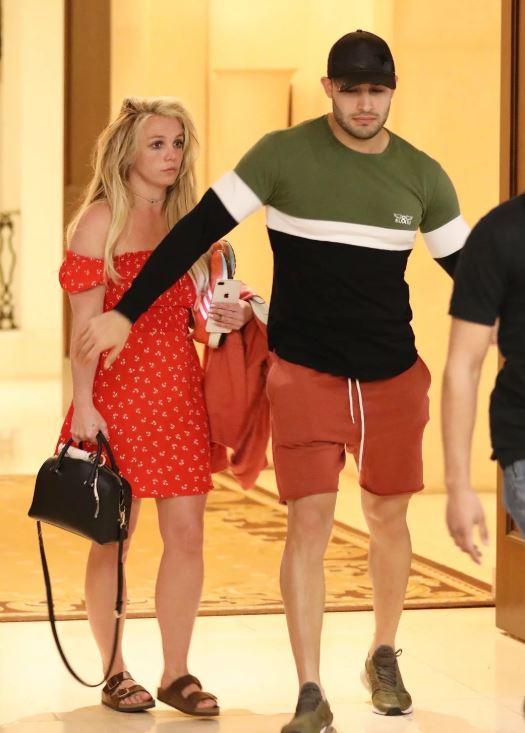 Shortly after #FreeBritney began trending (read my article about it here), Britney “took a break from treatment” to spend some time with her boyfriend. She then posted a rather unconvincing video on Instagram to say that she’s OK. Some people said: “You see, she wasn’t being held against her will, that was a crazy conspiracy theory”. The pics that were taken as she was leaving the mental health facility tell another story. Dazed, confused and MKULTRA-ed. 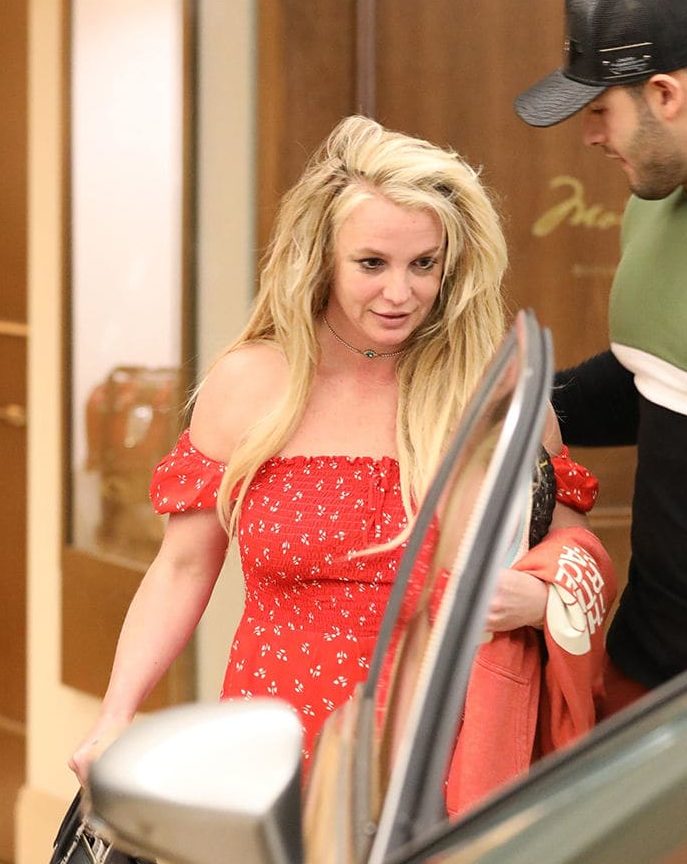 This is the face persona that is heavily medicated and that is not in control of her mind. 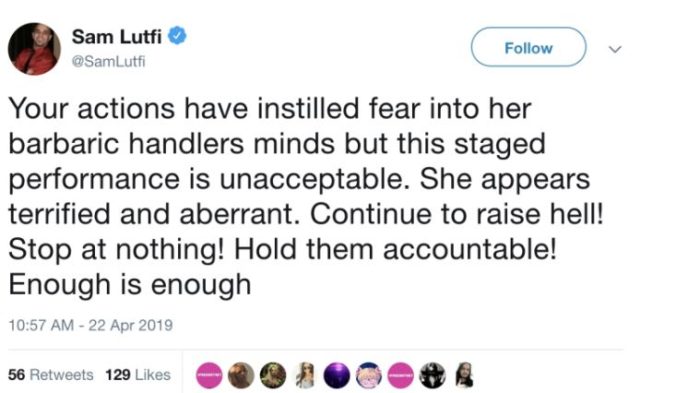 Taking things to a stranger level, Britney’s former handler Sam Lutfi (he was around during her 2008 breakdown) posted this tweet about Britney’s “release” and #FreeBritney. Wow.

In my article about the Sri Lanka bombings, I explained the occult timing and meaning of this horrific event. And the way mass media spun this attack is more proof of elite meddling. It is rather obvious that a memo was passed around to make sure that the victims are described as “Easter worshippers” instead of “Christians”. This weird, contrived expression is clearly the result of a brainstorming session to spin this story in a specific manner. 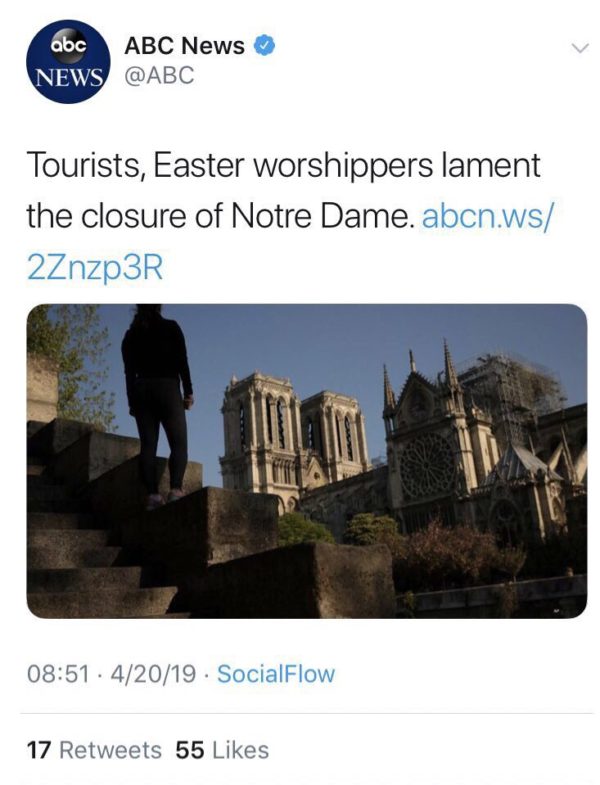 Apparently, ABC News got the same memo. Is the word “Christian” being censored by mass media?