In this first SPOTM of 2016, I can confirm that the elite’s agenda did not take a break for the holidays … and that it is more obvious than ever this year. In this edition: Miley Cyrus (of course), Willow and Jaden Smith, Star wars and Charlie Hebdo. 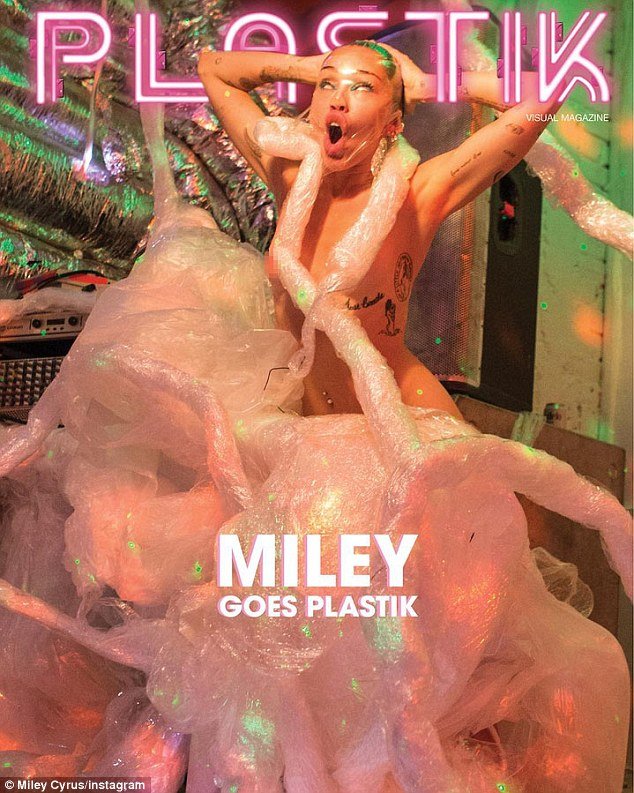 Can a month go by without Miley taking part of demeaning, agenda-pushing crap? Apparently not. On this cover of Plastik magazine, Miley appears to be asphyxiating herself. Abuse, dehumanization, self-destruction. All part of the Agenda. 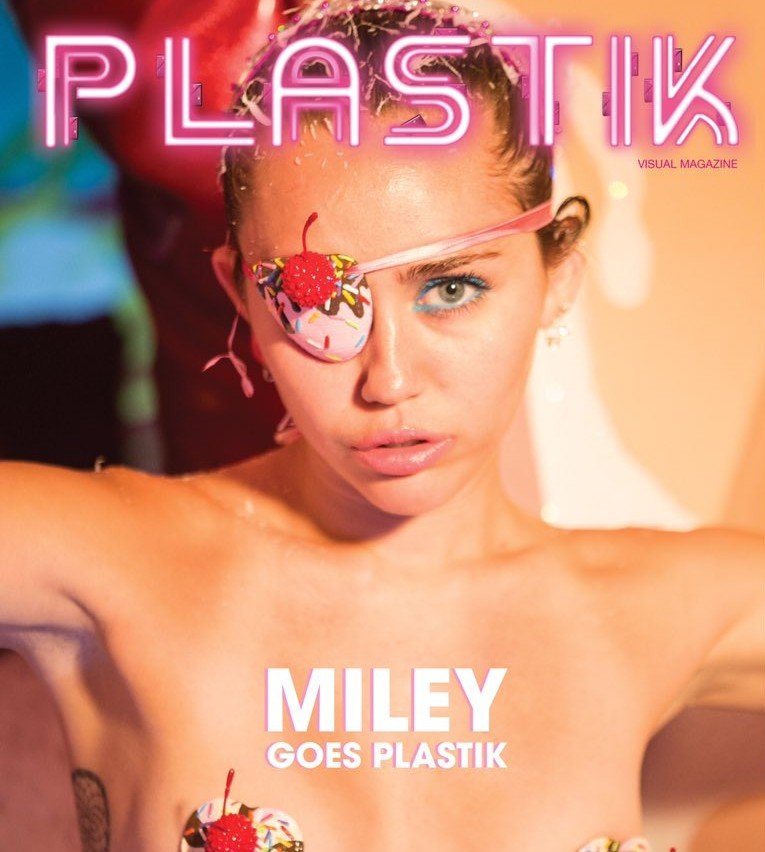 On the alternate cover, Miley proves that this is pure agenda crap: one eye strategically hidden while confirming her Beta Slave status. 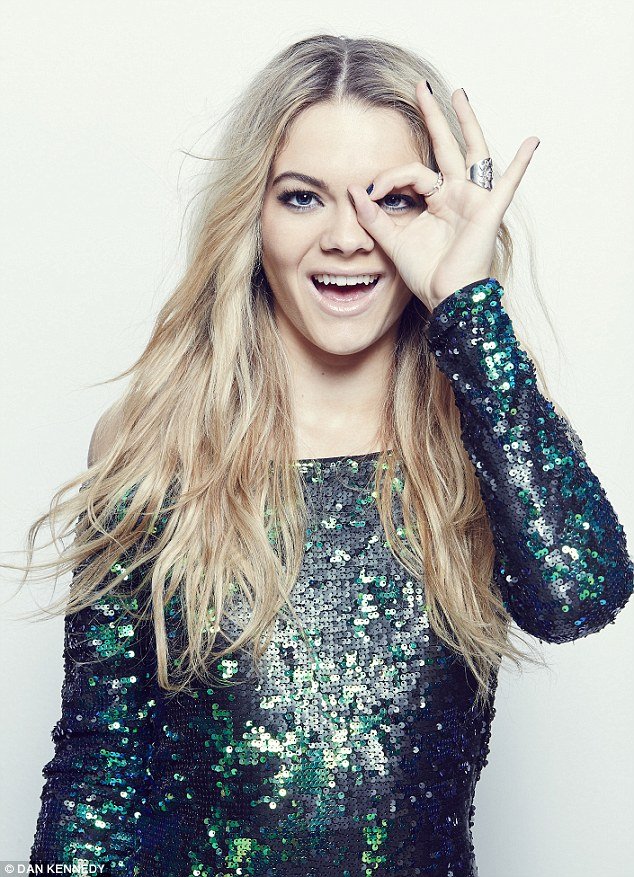 The winner of 2015 The X Factor UK Louisa Johnson is signaling the world that she is yet another pawn of the occult elite ready to be exploited until people get tired of her. 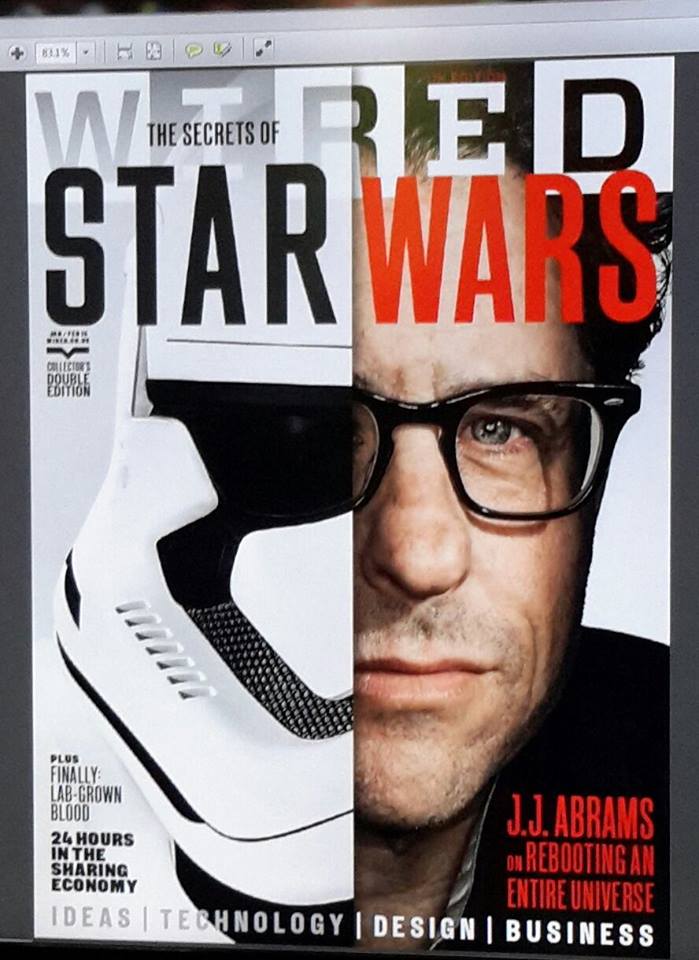 Wired magazine features yet another one-eye sign associated with the new Star Wars. 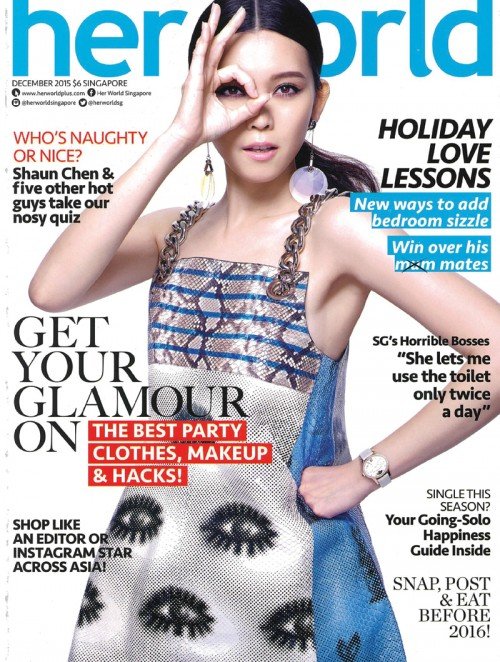 The cover of Her World Singapore features a big, fat, one-eye sign for no particular reason. Bonus: Her dress reminds us that this is all about the All-Seeing Eye. 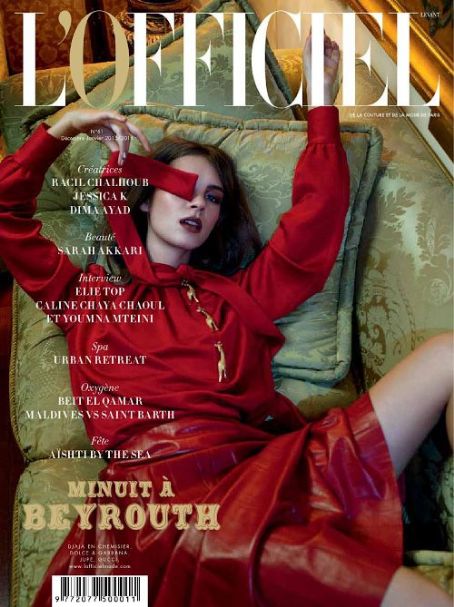 The cover of L’Officiel Lebanon features a not-so-subtle one-eye sign. 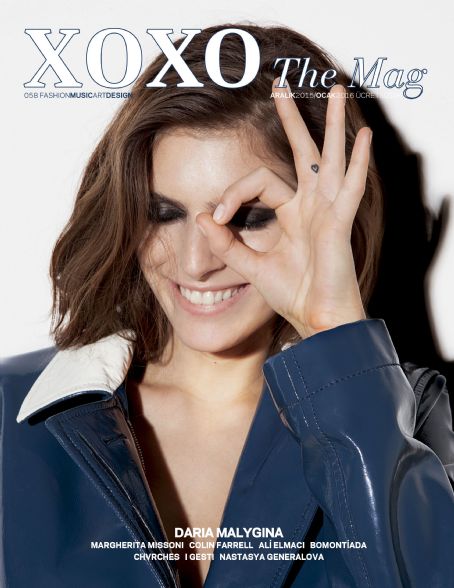 A big fat one-eye sign on the cover of Turkish magazine XOXO. 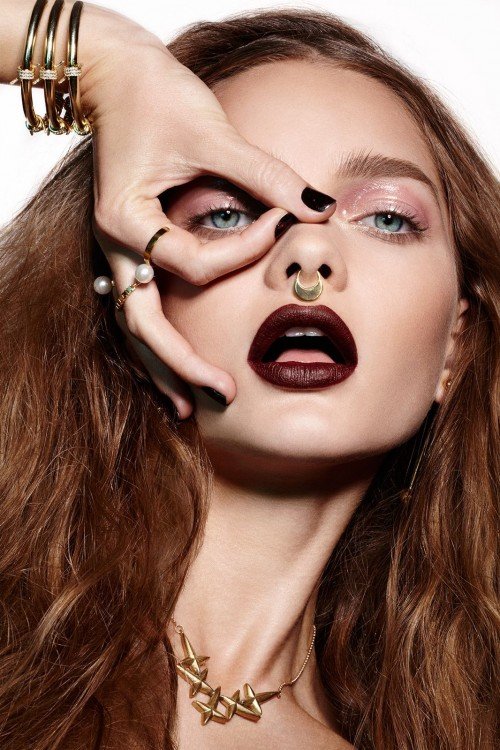 This is a commercial for Maybelline. Maybe she’s born with it … maybe it’s an Illuminati pawn. 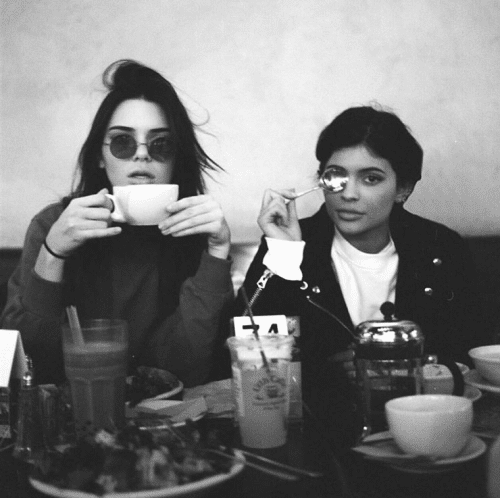 Kylie Jenner posted this on Instagram on Jan 3rd. Who hides one eye while eating breakfast? You’ve guessed it: Vain-ass Illuminati pawns. 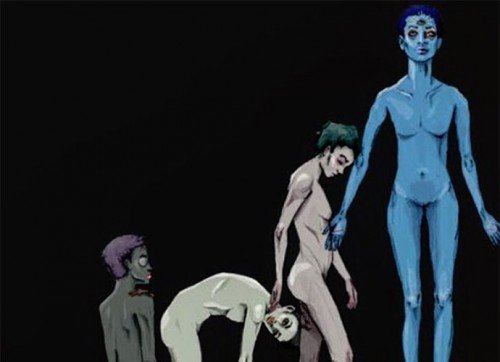 The cover of Willow Smith’s new album Ardipithecus continues in the disturbing trend of oddly sexualizing this minor. While the the album title refers an extinct hominine, the artwork depicts a naked Willow who evolves into some kind of illuminated alien. The truth about her is much less mysterious: She’s an industry pawn that is completely lost. 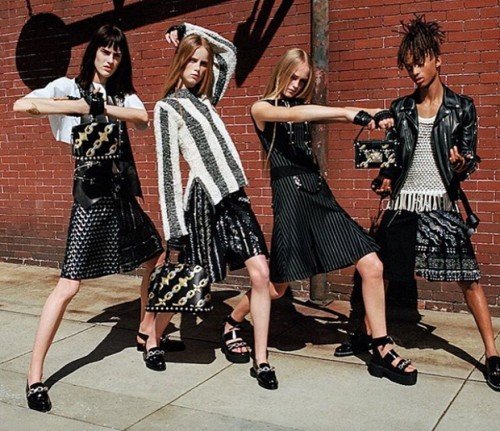 Meanwhile, Jaden Smith became the face of Louis Vuitton Womenswear. Women’s….wear. While some will have the knee-jerk reaction of giving him a standing ovation for the incredible courage of wearing a skirt, this publicity stunt is mainly a continuation of the agenda of blurring the lines between genders that was aggressively promoted last year. 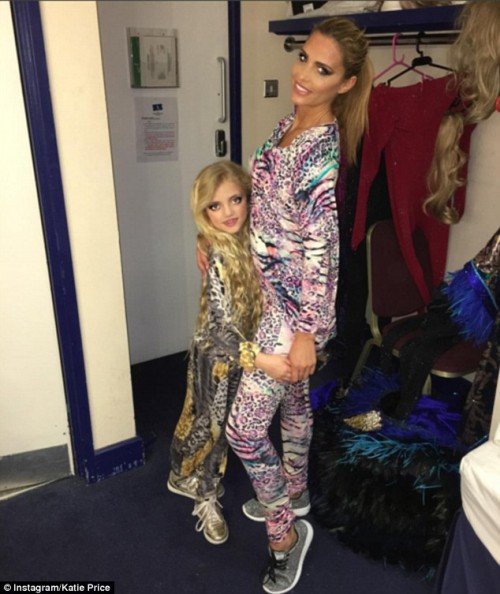 Katie Price became a celebrity in Britain due to her sex appeal. She is now dragging her eight year-old daughter into this sleazy business by disguising her into a mini version of her. 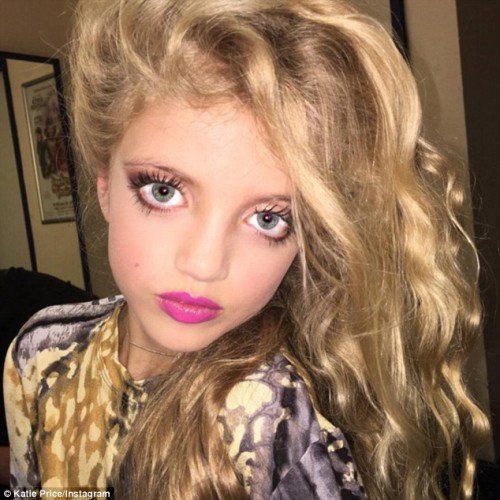 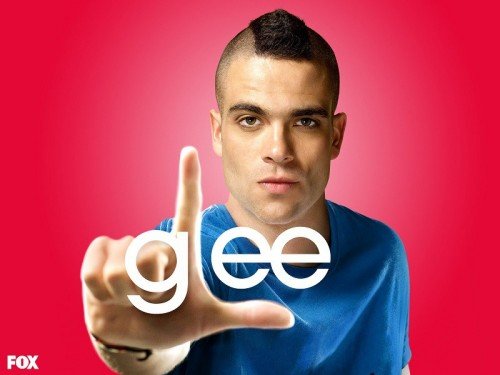 Speaking of exploiting minors, Glee Star Mark Salling was arrested for possession of child pornography. Oddly enough, he plays the role of a dude who sleeps with a bunch of young girls in a show that indirectly turns high school into a sexy meat market. 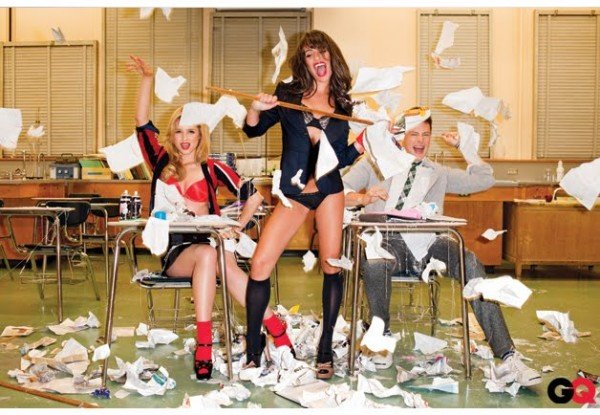 It is not the first time that Glee is associated with this kind of stuff. In 2010, the Glee photoshoot in GQ magazine was heavily criticized for pedophile tendencies. 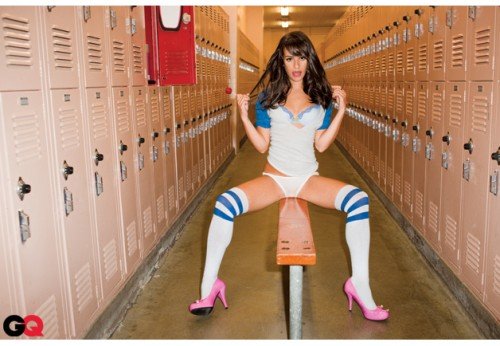 The people behind the scenes in Hollywood are looking to normalize their deviant obsessions through mass media. 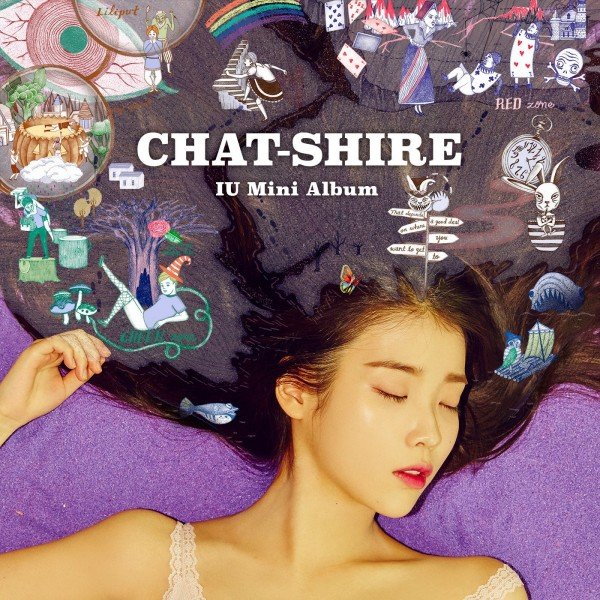 The album cover of K POP artist IU is replete with MK symbolism including: A big eye, Alice in Wonderland programming, a child traumatized by an evil man, a butterfly (Monarch programming), a young boy wearing fishnet stockings (abuse), mushrooms (intoxication), a rainbow (going over rainbow = dissociation), a one-eyed owl and much more. 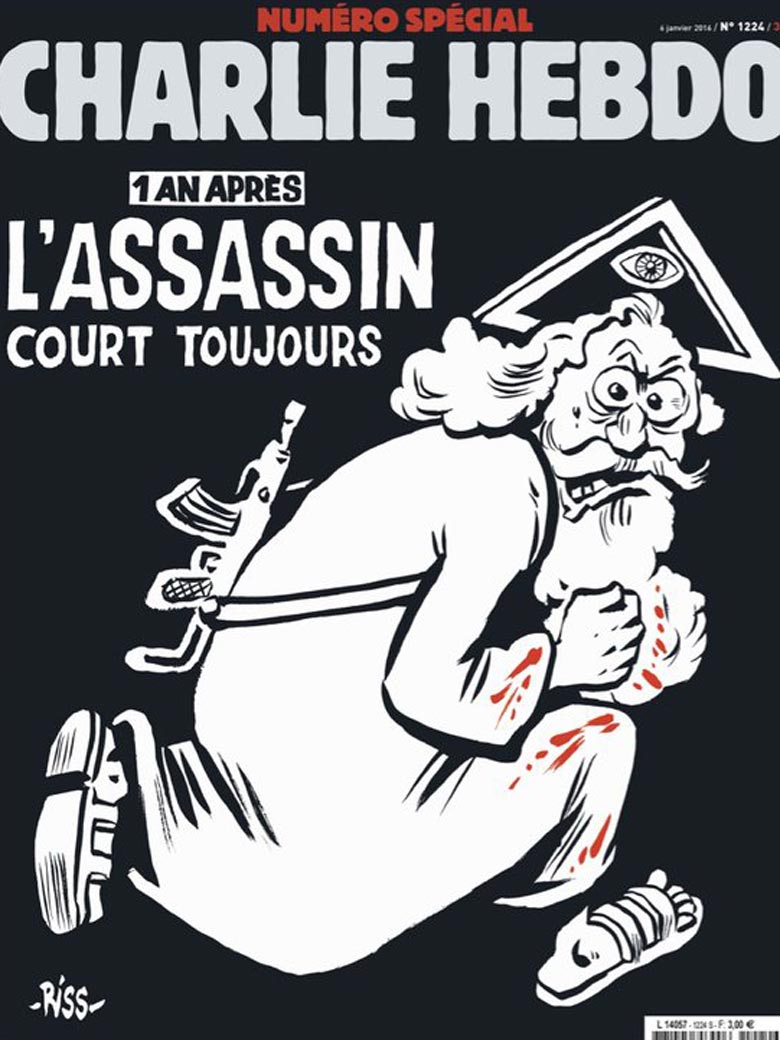 For the one year anniversary of the Charlie Hebdo attacks, the magazine launched a special edition with a rather symbolic cover. It depicts God as a terrorist yeilding a rifle and wearing a bloody robe under the title “1 an après, l’assassin court toujours” which means “1 year later, the assassin is still on the run”. Above God is the symbol of the Eye Seeing Eye inside a triangle, which is a symbol used by some Churches to represent divinity. As you might know, it is also the favorite symbol of the occult elite and is derived from the ancient Egyptian symbol of the Eye of Horus. Knowing this fact, the cover basically says “The REAL assassins are still free: the occult elite” while literally placing them above God – who is perceived as an imperfect demi-urge in occult philosophy.