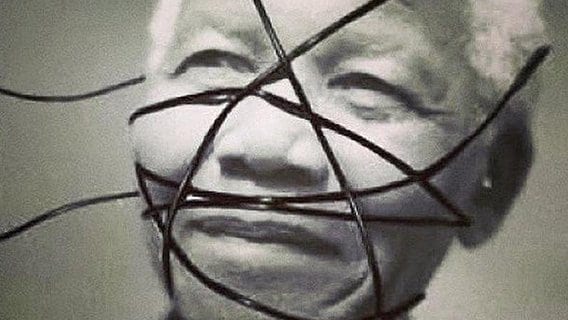 In this edition of SPOTM : Madonna, Amanda Bynes and more proof that the fashion world is sick. 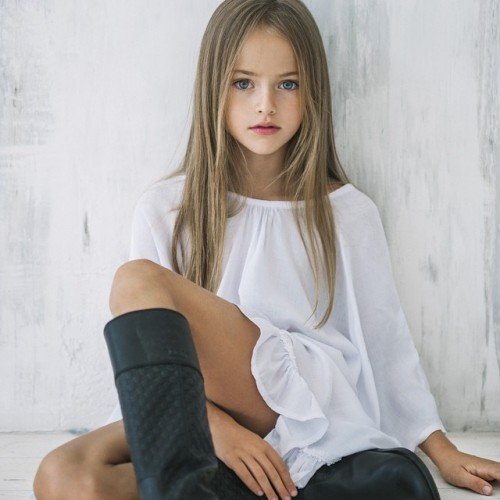 Christina Pimenova is a 10 year old “supermodel” who was dubbed “the most beautiful girl in the world”. Her social media accounts are followed by over 2 million weirdos and feature a variety of pics of her that clearly sexualized. 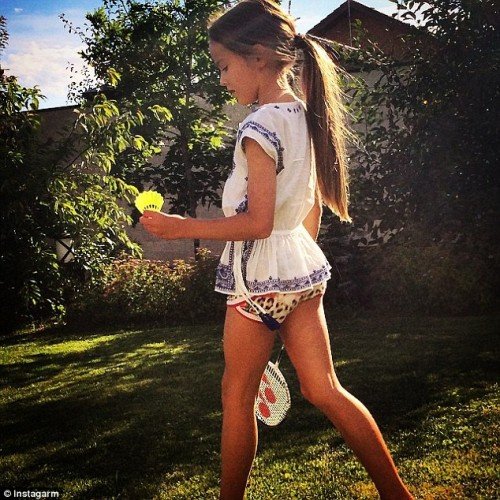 Most of the her pics disturbingly emphasize her legs and her behind. 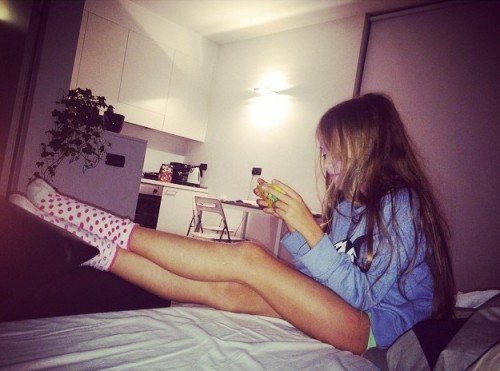 “Casual” pics of her showcasing her legs are often posted online, often triggering a string of creepy comments from subscribers. 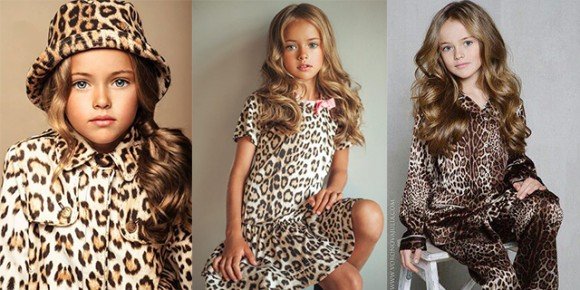 As if to indicate that she’s a product of Beta Kitten Programming, she is often pictured fully dressed in feline prints. The sexualization of children is still on the Agenda. 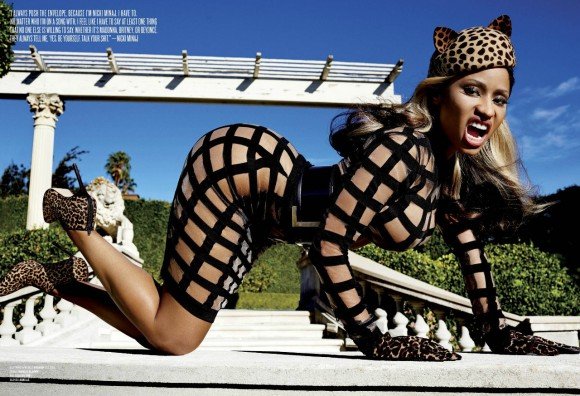 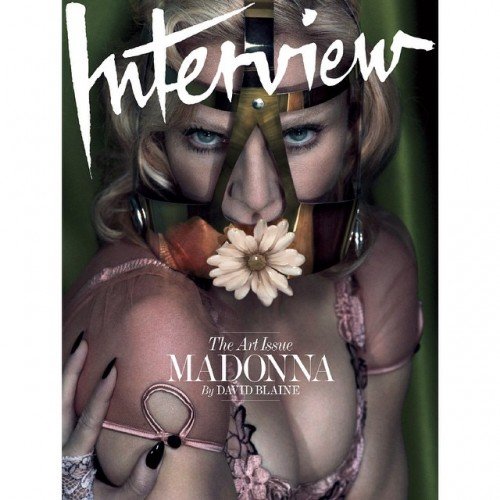 Speaking of Madonna, here she is on the cover of Interview with what looks like a Masonic compass on her face. She is completely silenced by the mask – like a true puppet. 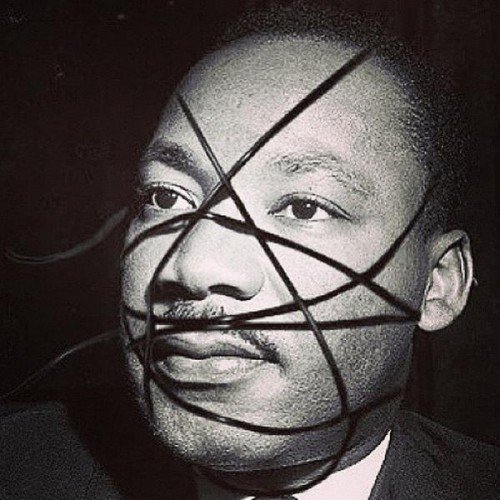 Madonna annoyed a whole lot of people when she released pics of icons wearing the BDSM-inspired string mask she wears on her album cover. Seriously Madonna? 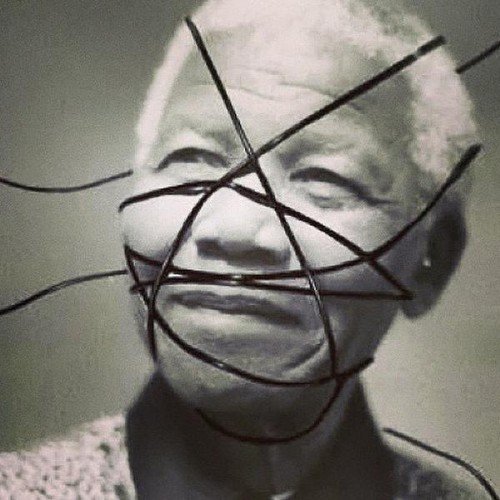 There is something about this proud face being forcibly laced with pseudo-edgy-trendy strings that’s insulting. 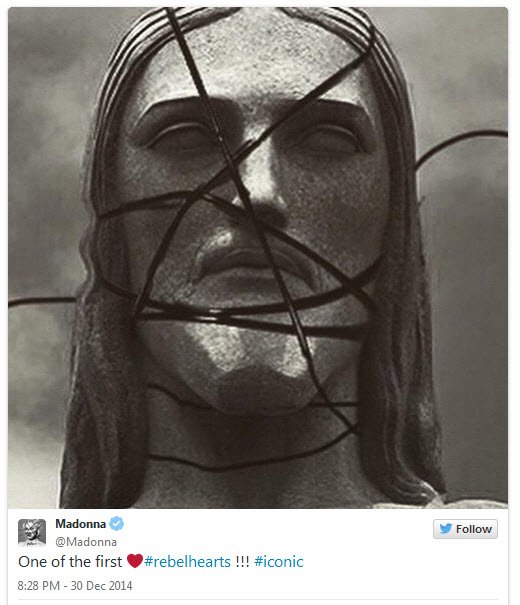 Yes, she even did Jesus. #retarded 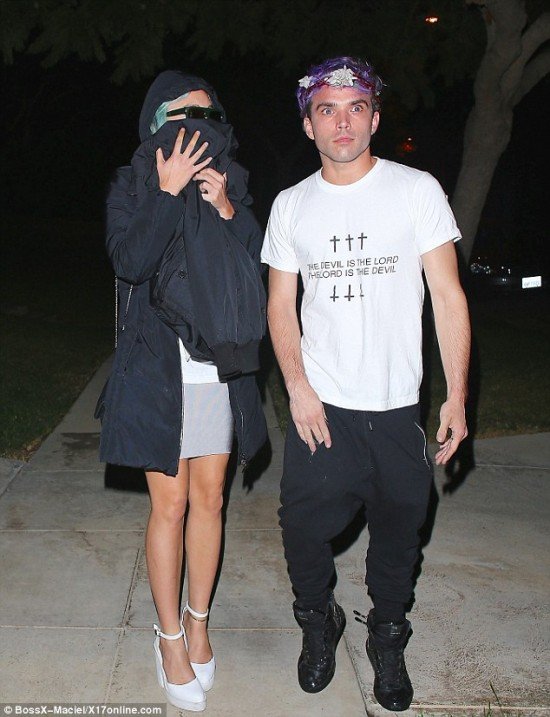 As stated in my last article on Amanda Bynes, she had a meltdown and tweeted about microchips in her brain. She was then forcibly took to an institution and is now under conservatorship of her parents. She was recently seen with JJ Brine who appears to be her new handler. He is an “artist” who claims to be “possessed by a demon” and whose last album is called “Charles Manson is Jesus Christ”. The name of one of his singles is “Monarch Butterfly”, which pretty much confirms his association with Monarch programming. On his shirt is written “The Devil is Lord, The Lord is the Devil”. That’s the MK system for you. 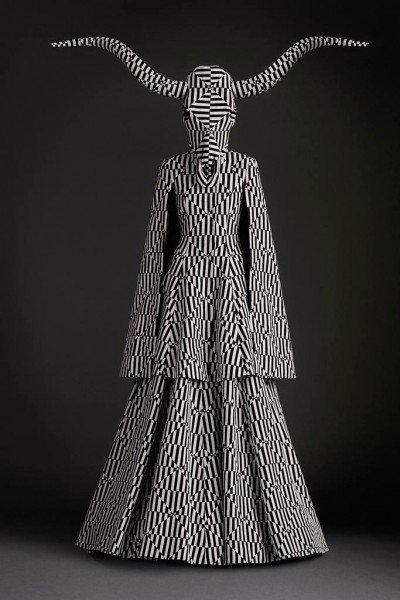 The world of fashion has always been down with Satanism. Here’s a Gareth Pugh creation featuring a Baphomet head on a dualistic pattern. 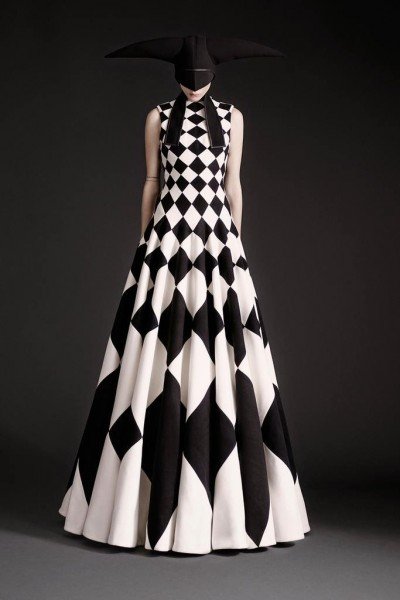 This dress features a checkerboard pattern similar to Masonic floors. The model is hoodwinked, the same way Freemasons are hoodwinked during initiation. 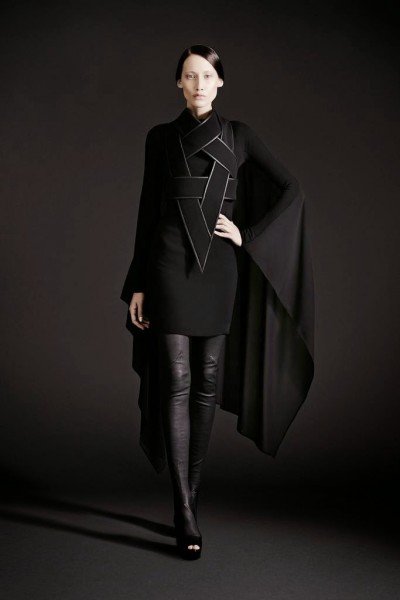 A subtle inverted pentagram on the chest area. 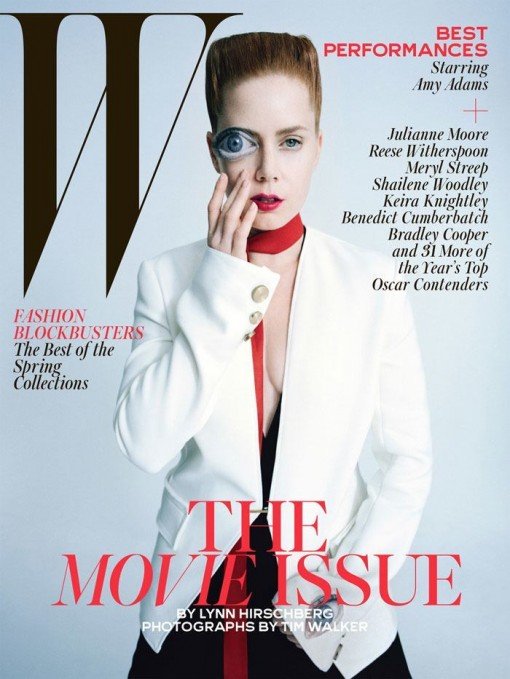 As usual, a bunch of celebrities in need of attention did the One-Eye sign during the past month. Here’s Amy Adams looking weird. 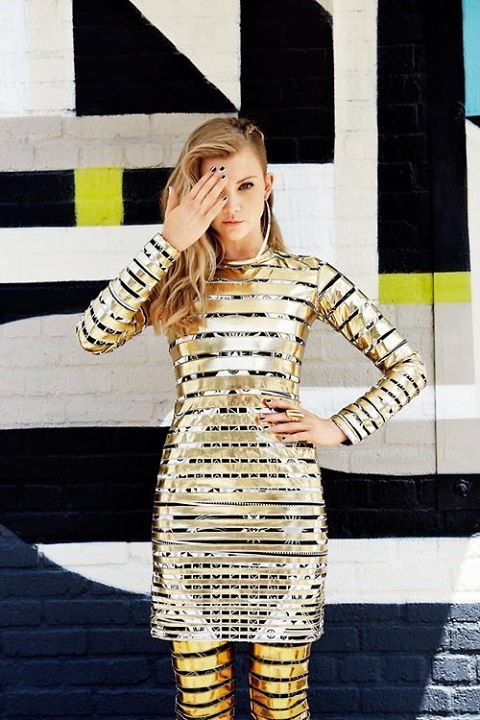 Game of Throne’s Natalie Dormer doing the One-Eye sign in the December issue of Cosmopolitan. 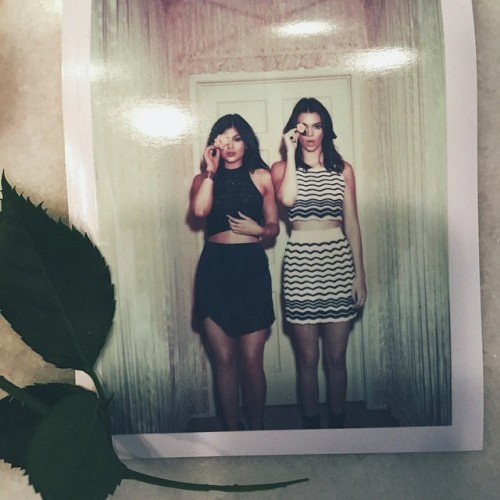 The Jenner sisters keep posting One-Eye pics to remind you that they’re a product of that system. 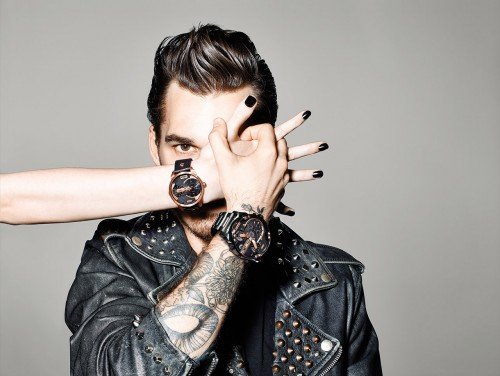 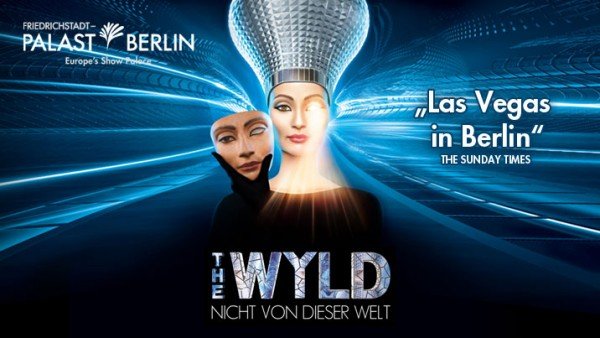 The Wyld is a popular show in Berlin. Its advertising is all about the one-eye sign “illuminating” your world. The slogan Nicht Von Dieser Welt” means “not from this world”, which is somewhat appropriate. 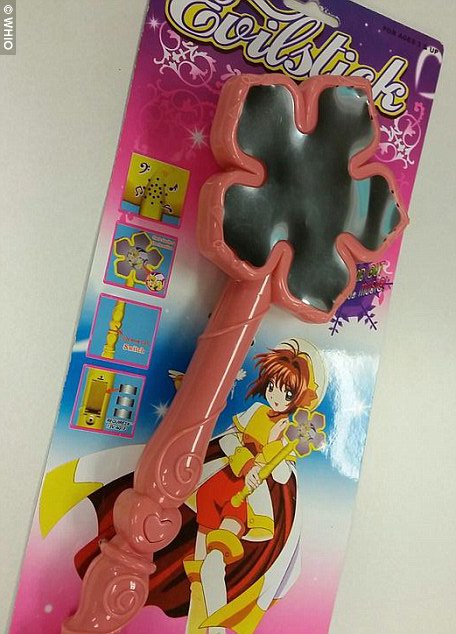 This toy called Evilstick was sold in dollar stores around the world. Who would buy a toy for their toddlers called “Evilstick”? Well, some parents did and they discovered something terrifying hidden inside. 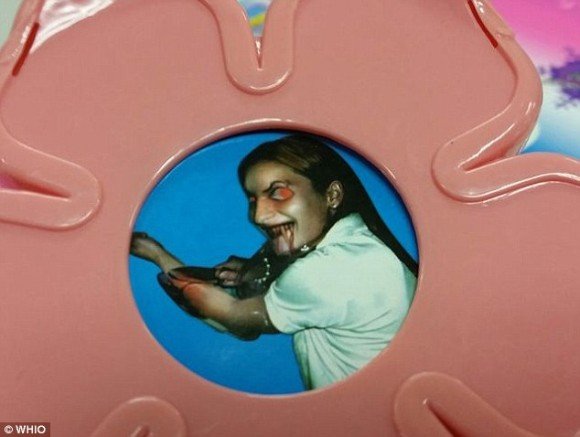 Inside is the image of a demon girl cutting herself with a knife. Yes. It truly is an evil stick.

Special thanks to everyone who sent in symbolic pics!