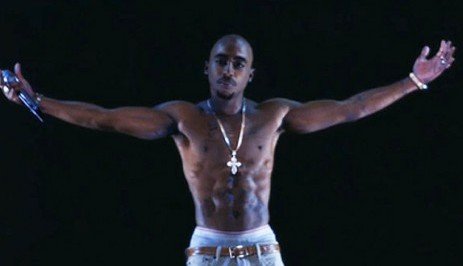 On April 15th, Tupac Shakur was revived in the form of a hologram to perform a few songs at Coachella. At first, I did not even bother watching the performance because this kind of stuff has been going on in Japan for years. However, after reading reactions to the performance and future plans for holographic artists, I felt the need to check it out. Here’s a video of the performance.

Quite a few people asked me what I thought of it. Well, to be honest, I did not like it. I just had a visceral, gut feeling that it wasn’t right. Of course, this is a very personal opinion and many probably won’t agree with me. However, before jumping to the comments to curse me out, please read on.

2Pac was more than a rapper signed to record label. He was an iconic character that represented an entire generation. He did not just record songs and act cool in music videos. He spoke out about issues, he brought to light the reality of America’s underprivileged, he even called out crooked cops and politicians. He did not only sing gimmicky singles to sell records, he said what was on his mind – and what was on many other people’s minds.

However, although he had a kind of “larger-than-life” aura surrounding him  (which only amplified after his death) 2Pac was very human. Like all of us, he had strengths, weaknesses and emotions. And he was not afraid to show them. He could rap about gangster street life and, in the next song, rap about how he loved his mama. In interviews, he could be either loud, cocky and arrogant or soft spoken, smart and insightful. Like many compelling artists, the were many sides to him, like there are many sides to all of us. All of his sides were apparent because, unlike most record industry artists, he was real.

Sadly, that hologram at Coachella, wasn’t.

It was 2Pac – if he was stripped of everything that made him real, human and authentic and then infused with a bunch of synthesized computer hocus pocus. Although it was somewhat interesting to see a 2Pac on stage in 2012, witnessing a dead person artificially re-animated and controlled by unseen programmers felt wrong.  2Pac was anything but an empty shell controlled by unseen programmers…but that’s what I saw at Coachella.

One of the first things the 2Pac hologram said was “What’s up Coachella!”. This was obviously not 2Pac’s voice because Coachella did not even exist prior to his death. It was therefore probably the voice of an imitator making 2Pac say things he never said. In short, it was fake. The hologram then sings the song Hail Mary. Interesting fact: For some reason, the first words of the song “Makaveli in this… Killuminati, all through your body” were removed. Hail Mary was an odd song choice by Dr. Dre – the mastermind behind this hologram experiment – considering the fact that the very next song on the Makaveli album was Toss it Up, in which 2Pac thoroughly insulted Dre. Then Snoop came out and performed 2 of Amerikas Most Wanted with the hologram, complete with pre-arranged interactions with it. Again, fake, staged, artificial.

Maybe if this was a one-time novelty experiment, I wouldn’t have written about it. But there are now talks of bringing this 2Pac hologram on tour and making a bunch of money off it. Even worse, there are talks of bringing other artists back from the dead like Jimi Hendrix and…Kurt Cobain *shudders*. These artists all became legends due to their authenticity, originality and their ability to touch their listener’s soul. They were the exact opposites of pre-programmed, dehumanized and synthesized visual illusions. Furthermore, they were often at odds with the record industry’s shady ways and hypocrisies, which caused them lots of troubles with the powers that be. Seeing their likeness used by this industry to make them say and act a certain way is simply the opposite everything they stood for.

Maybe those behind the 2Pac hologram did it with good intentions. Maybe it was even done out of love and respect for him. But I did not feel it. It was creepy, awkward and, most importantly, it wasn’t 2Pac. Here’s the real deal and let him rest in peace.

More of the Transhumanist Agenda in J-Pop Videos: Perfume’s “Spring of Life”