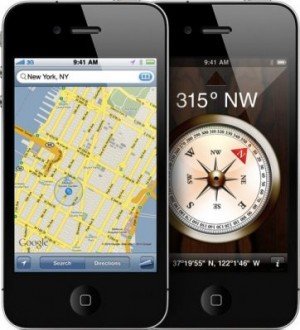 Smartphones are great. They do a bunch of stuff like browsing the web, managing bank accounts and throwing angry birds at things. They can also do another thing that is not so cool: Constantly monitor your movements at any given time. Sure, location services can still be turned off on smartphones but most people don’t bother because, for one, they want to be able to find their expensive phone if they ever lose it.

Lawmakers are currently taking advantage of these powerful devices along with a general “relaxed” attitude towards privacy by creating extremely intrusive laws. The US Supreme Court could soon allow police to monitor the movements of US mobile phone users without a warrant. Some might say “Nothing to hide, nothing to fear”. Yes…that’s what they said when dictatorial police states where instated in the 20th century. What these people also forget is that those kinds of laws go against the 4th Amendment. But the US Constitution does not seem to get the respect it deserves these days… 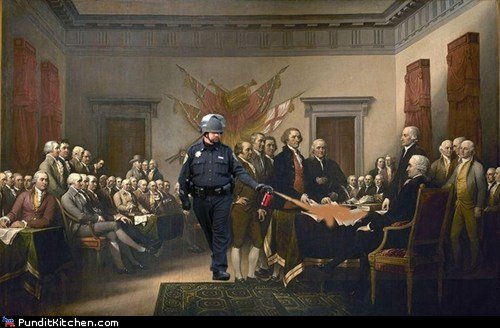 Here’s a BBC article about smartphones and laws permitting monitoring.

The US Supreme Court could soon allow police to monitor the movements of US mobile phone users without a warrant. Now that most of us carry sophisticated tracking devices in our pockets, how much privacy do we have a right to expect?

Millions of us happily invade our own privacy every day on Twitter and Facebook, sharing personal details with the world and broadcasting our location in a way previous generations would have found bizarre.

Even those who shy away from social media and new technology in general are not immune. The most basic mobile phones are in constant contact with the nearest mast, sending information about the whereabouts of their users to phone companies, who can later hand that data over to the police, if requested.

At the other end of the spectrum, in the world of smartphones, privacy is becoming an increasingly outdated concept, argues technology writer Sam Biddle. What might once have been considered “creepy” and invasive is becoming normal.

“That line of creepiness is there, but it’s eroding quickly because, frankly, we are just getting used to it,” says Mr Biddle, a staff writer for Gizmodo.com.

“So I think whatever line there once was is receding very quickly.”

He adds: “The excitement and the novelty of it blinds us to the fact that is a little weird and maybe, in terms of privacy rights, a little ominous.”

For the smartphone customer “it’s a trade-off, in terms of privacy versus service,” he says. For the mobile phone company “following you around is just part of the service”.

There are signs that governments and law enforcement agencies around the world are taking advantage of this increasingly relaxed attitude towards privacy to step up surveillance of citizens.

The case currently before the Supreme Court, US vs Jones, hinges on whether police officers should be allowed to plant GPS tracking devices on suspects’ cars without a warrant.

Nightclub owner and suspected drug smuggler Antoine Jones had such a device attached to his vehicle for 28 days so officers could follow his movements in order to build up a case against him.

His legal team argued at a Supreme Court hearing earlier this month that his Fourth Amendment rights, which are meant to protect US citizens from invasive searches, were violated.

Lawyers for the Obama administration argued that Jones did not have a “legitimate expectation of privacy” – the standard legal test in the US for the past 45 years – because his car was in a public place.

Attaching a tracking device to it was no different to tailing him, which has always been legal, the government argued.

If the Supreme Court agrees, it could open the door to mass unwarranted surveillance of suspects using GPS bugs, civil liberties campaigners have warned.

But law enforcement officers no longer have to physically plant a bug on a suspect’s car or person. In the US, they are increasingly using mobile phone tracking software.

“Police officers can sit in the comfort of their own stations and use this technology to watch not just one person, but many people, over long periods of time,” says Catherine Crump, an attorney for American Civil Liberties Union.

This is far more invasive than traditional surveillance, she argues.

Without police officers being forced to go before a court to obtain a “probable cause” warrant, the technology is wide open to abuse, the ACLU argues, and it is hoping that the Supreme Court will ban all warrantless surveillance when they deliver their verdict in the Jones case.

“I don’t think you have to be a card carrying member of the ACLU to be concerned about a world in which every citizen of the United States can be tracked on the whim of a curious police officer, for any reason, or no reason at all,” says Ms Crump.

But police and prosecutors tend to take a different view.

“If it is a legitimate law enforcement need and there is no time to get a warrant there should be occasions when you can use a tracking device,” says Ed Marsico, district attorney for Dauphin County, in Pennsylvania.

And the same goes for mobile phone tracking, he says, arguing that there is little practical difference between a mobile phone company knowing your location and the local police.

“Most of us have cell phones now. Most of them have some kind of GPS tracking within them, so Verizon or AT&T already know where you are,” Mr Marsico tells BBC News.

If the Supreme Court rules against the government it could seriously damage the ability of police officers to carry out undercover surveillance of suspected major criminals, he argues.

“Police are not out to put tracking devices on every single car. They are using it sparingly to further legitimate investigations.

In the UK, the availability of cheap GPS devices, and a mistaken belief that it was permitted under the Regulation of Investigatory Powers Act, led to covert tracking being used by public authorities, including local councils “without properly considering the application of the legislation,” according to watchdog the Surveillance Commissioners.

The government issued new guidelines in April 2010, stressing the need to gain permission from senior officers, who must be convinced it is necessary and proportionate – and not likely to fall foul of Article 8 of the Human Rights Act.

Personal permission from the home secretary is needed to intercept phone communications. Some 1,682 interception warrants were issued in 2010.

Public authorities can obtain other communications data without the home secretary’s authority, such as the time, date and location of phone calls. In 2010, 552,550 such requests were made.

The Metropolitan Police has stepped up its surveillance of social media in recent months, claiming it helped prevent this summer’s riots spreading to high-profile targets such as the 2012 Olympics site.

But the London force is also reportedly using software that masquerades as a mobile phone network, allowing it to intercept communications and gather data about users in a targeted area, such as a demonstration.

Most civil liberties campaigners do not want the police banned from using new technology and accept that telecoms companies are “not the Gestapo”, as Catherine Crump puts it.

But, argues the ACLU lawyer: “People should not have to choose between using new technology, which is becoming increasingly commonplace and hard to live without, and giving up their privacy.”

Some believe the moment when that choice has to be made has arrived.

Earlier this month, a US Federal Court in Virginia ordered Twitter to grant the Justice Department access to private data from the accounts of three suspected Wikileaks supporters, ruling that they had a “lessened expectation” of privacy after signing up to the micro blogging site.

Al Girardi, a defence attorney who specialises in internet and telecoms privacy, sees this, along with the Jones case, as a “watershed” moment.

“You have some very serious decisions happening which basically define you as having no expectation of privacy with your online provider and yet nobody seems to be concerned about it,” he says.

“I don’t know if it’s just the Facebook generation but it’s a surprise to me that there isn’t more resistance.”

Without a major public outcry, or some kind of “scandal” to focus the minds of politicians and telecoms executives, the erosion of privacy is likely continue unabated, argues Sam Biddle.

“Barring some kind of very radical, strong legislation, it wouldn’t surprise me if in 10 years, I know where everyone I know is at all times, in real time, constantly.

“I think it won’t even be an issue then. It will just be the status quo.”

Lady Gaga: Another Pop Artist With a Strange Relationship With her Parents