Film director Oliver Stone believes that Pokemon Go is a tool capable of collecting massive amounts of data about its users and represents a step towards “robot society”.

The director of Platoon, Wallstreet and JFK was at Comic-Con 2016 in San Diego to discuss his new movie Snowden. Considering the topic of the movie, the panel were discussing the NSA, online privacy and government surveillance. A question from a fan lead Oliver Stone to lash out against today’s newest worldwide phenomenon: Pokemon Go.

“It’s a new level of invasion,” Stone said of the game. “Nobody has ever seen, in the history of the world, something like Google, ever. It’s the fastest-growing business ever, and they have invested huge amounts of money into what surveillance is, which is data-mining. They’re data-mining every person in this room for information as to what you’re buying, what it is you like, and above all, your behavior.”
-CBS News, Oliver Stone: Pokemon Go is “totalitarianism”

Oliver Stone claims that Pokemon Go is yet another step towards “surveillance capitalism”.

“Pokemon Go kicks into that. It’s everywhere. It’s what some people call surveillance capitalism. It’s the newest stage,” he said. “You’ll see a new form of, frankly, a robot society, where they will know how you want to behave and they will make the mockup that matches how you behave and feed you. It’s what they call totalitarianism.”
– Ibid. 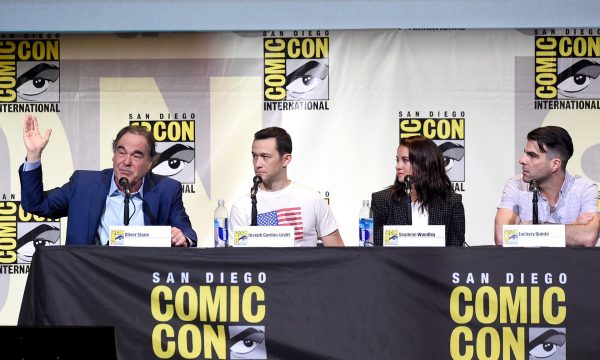 Shortly after the game launch, observers worried about the massive amount of permissions requested by Pokemon Go upon installation. The game indeed requested full access to user’s Google Accounts on iOS. Although game developer Niantic claims to have fixed this issue, the app still collects massive amounts of data.

Niantic may collect — among other things — your email address, IP address, the web page you were using before logging into Pokémon Go, your username, and your location. And if you use your Google account for sign-in and use an iOS device, unless you specifically revoke it, Niantic has access to your entire Google account. That means Niantic could have read and write access to your email, Google Drive docs, and more. (It also means that if the Niantic servers are hacked, whoever hacked the servers would potentially have access to your entire Google account. And you can bet the game’s extreme popularity has made it a target for hackers. Given the number of children playing the game, that’s a scary thought.) You can check what kind of access Niantic has to your Google account here.

It also may share this information with other parties, including the Pokémon Company that co-developed the game, “third-party service providers,” and “third parties” to conduct “research and analysis, demographic profiling, and other similar purposes.” It also, per the policy, may share any information it collects with law enforcement in response to a legal claim, to protect its own interests, or stop “illegal, unethical, or legally actionable activity.”

Now, none of these privacy provisions are of themselves unique. Location-based apps from Foursquare to Tinder can and do similar things. But Pokémon Go’s incredibly granular, block-by-block map data, combined with its surging popularity, may soon make it one of, if not the most, detailed location-based social graphs ever compiled.
– Buzzfeed News, “You Should Probably Check Your Pokémon Go Privacy Settings”

Senator Al Franken, the top Democrat on the Senate Privacy and Technology Subcommittee recently sent a letter to Niantic expressing concerns about privacy.

The letter notes that Pokémon Go collects profile and account information, location data, and data “obtained through Cookies and Web Beacons.” The game also asks permission to do things like control vibration and prevent the phone from sleeping. Franken wants to know what information and functions exist to support and improve services, and what’s being gathered for “other purposes.”

While this release is undoubtedly impressive, I am concerned about the extent to which Niantic may be unnecessarily collecting, using, and sharing a wide range of users’ personal information without their appropriate consent”.
– arstechnica, Sen. Franken asks Pokémon Go creator: Why all the privacy problems?

Some might claim that a bunch of apps already collect all of that information and that there is nothing new under the sun. That is correct. Pokemon Go is simply yet another incremental step towards high tech control, where users are lured to specific locations and tracked during the entire time. In short, it is yet another level of heat in the pot.

If you drop a frog in a pot of boiling water, it will of course frantically try to clamber out. But if you place it gently in a pot of tepid water and turn the heat on low, it will float there quite placidly. As the water gradually heats up, the frog will sink into a tranquil stupor, exactly like one of us in a hot bath, and before long, with a smile on its face, it will unresistingly allow itself to be boiled to death.

Related Topics:video games
Up Next