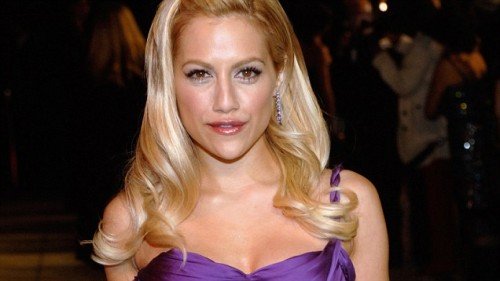 Ever since her untimely death at the young age of 32, Brittany Murphy’s father Angelo Bertolotti has been claiming that his daughter was murdered. Brittany was found dead on December 20th 2009 and her husband, Simon Jack, was found dead just five months later on May 23rd 2010 – in the same bedroom and under the same circumstances. According to authorities, the cause of Brittany’s death was “pneumonia, anemia and a toxic cocktail of drugs”.

However, new tests conducted by independent Carlson Company laboratories have found that high amounts of ten heavy metals were found in Brittany’s system at the time of her death. The lab report even goes as far as stating there was “likely criminal intent”.

“Ten (10) of the heavy metals evaluated were detected at levels higher that the WHO [The World Health Organization] high levels. Testing the hair strand sample identified as  “back of the head” we have detected ten (10) heavy metals at levels above the WHO high levels recommendation. If we were to eliminate the possibility of a simultaneous accidental heavy metals exposure to the sample donor then the only logical explanation would be an exposure to these metals (toxins) administered by a third party perpetrator with likely criminal intent.”
– Examiner.com, Brittany Murphy did not die of natural causes, lab report shows

These new test results now lead observers to believe that Murphy was probably given rat poison or a similar product.

“Heavy metals are found in most rodenticides and insecticides meaning the actress could have been slipped rat poisoning or bug killer.

At the time of her death, Brittany displayed all the symptoms of heavy metal poisoning including: headaches, dizziness, abdominal cramps, coughing, sweating, disorientation, wheezing, congestion and pneumonia.

Mr Monjack also exhibited similar symptoms before his death, leading some to believe he too was poisoned.”
– Mail Online, Revealed: Brittany Murphy ‘was poisoned by government spooks in revenge for star’s support of whistleblower’, claims her grief-striken father

Brittany Murphy’s was mentioned a few times on Vigilant Citizen as her death is a classic case of  “mysterious celebrity death” surrounded by odd facts and strange symbolism. 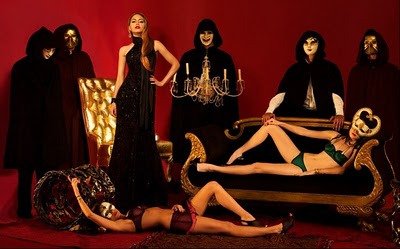 According to her father and friend Julia Davis, Brittany was under constant surveillance by a “shadowy government organization”.

“In a recent interview with Los Angeles-based Fleur De Lis Film Studios, Mr Bertolotti said:  ‘They were, in fact, under surveillance, including helicopters. Their telephones were wiretapped, Brittany was afraid to go home, because of the sneak-and-peek incursions into their residence and other terror tactics she suffered after speaking out in support of Julia Davis and being named as a witness in her lawsuit against the Department of Homeland Security.”

They believe that Brittany’s support for Julia Davis, a government whistle-blower, caused her to be a target of heavy surveillance.

Like most celebrities who lost their lives in strange circumstances, Brittany was described by mass media as a drug addict. The house she was living in was bought fully furnished from Britney Spears in 2003, a celebrity that is fully controlled and monitored by Hollywood handlers. Was this house “infiltrated”? Was Brittany Murphy living under the same circumstances as Britney Spears? Did she lose her life because she was breaking out of programming? Some of the truth appears to be slowly coming out.