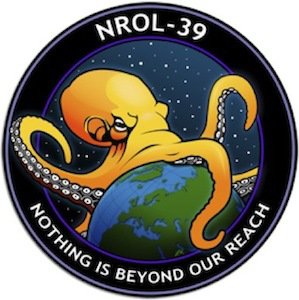 On December 5th, The National Reconnaissance Office launched a new spy satellite called NROL-39 from Vandenberg Air Force Base in California. Its logo features a giant octopus engulfing the world with the ominous words “Nothing is Beyond our Reach” underneath. Is there a better way to portray a nightmarish, big-brotherish totalitarian government? No. In fact, this exact imagery was used to portray “evil communists” a few decades ago. 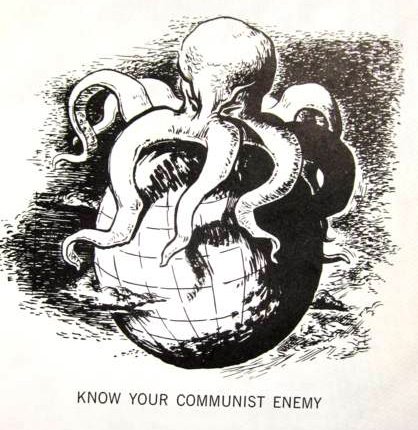 “Know Your Communist Enemy” p.3 in Robert B. Watts (1977), “Our Freedom Documents”, The Supreme Council, Washington 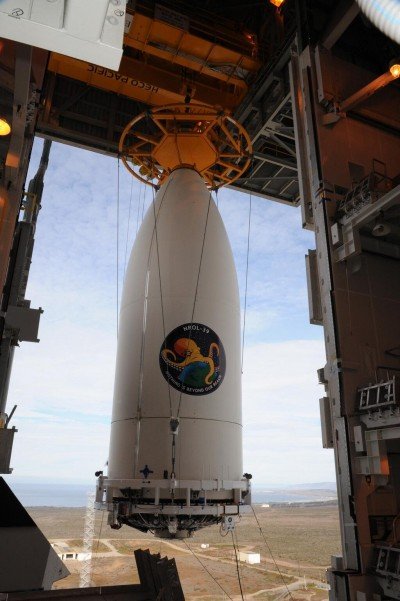 The same imagery now appears on a rocket launched by one most secretive agencies of the United States. Mind boggling.

In the wake of NSA-related revelations, the logo raised quite a few eyebrows. Christopher Soghoian, principal technologist and senior policy analyst for the ACLU, tweeted to the Office of Director of National Intelligence, “You may want to downplay the massive dragnet spying thing right now. This logo isn’t helping.”

However, as I noted in my article entitled Top 10 Most Sinister PSYOPS Mission Patches, secret missions patches are not about public relations. They’re usually a brutally honest representation of the mindset of the occult elite and its goals: All-seeing eyes, Illuminati pyramid, evil-looking cloak magicians overlooking the globe, etc.

The payload of this NRO launch is, as usual, top secret. The agency however revealed that, other than its main payload, a dozen mini satellites funded by both the NRO and NASA will be put in orbit. According to William Graham at spaceflight.com, NROL-39 will be used for radar imaging:

“it can be inferred that NROL-39 is the third satellite in the NRO’s current-generation radar reconnaissance fleet. It follows the NROL-41 mission, or USA-215, launched in September 2010, and NROL-25 (USA-234) which was launched by a Delta IV in April 2012.

The radar imaging program is believed to be a remnant of the NRO’s Future Imagery Architecture (FIA) program, which was intended to produce new-generation optical and radar-imaging surveillance satellites, replacing the earlier KH-11 and Onyx radar imaging spacecraft.”

In other words, the satellite will be used to spy on “enemies” and civilians alike with technology that can’t even be revealed to the public.
Some commented, in a lame attempt to rationalize the sinister aspect of the logo, that the NROL-39 patch aims to “poke fun at conspiracy theorists”. Really? Maybe we should point out that there is no “theory” anymore. All-encompassing governmental surveillance is a known and documented fact. The logo is slapped right on the equipment used to spy on people. There is no joke or “poking fun” going on here. The budget of the NRO is over 10 billion dollars per year. Billion. One billion is a THOUSAND millions. With this kind of money involved, nobody is joking around.

What Happened to Ol’ Dirty Bastard?