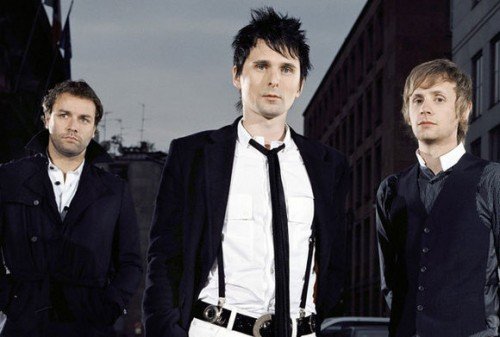 Muse is a band that is somewhat popular among truthers due its messages alluding to conspiracies and resistance to corrupt powers. The band’s 2009 album The Resistance was perceived by many as a true anti-Illuminati manifesto with rebellious anthems such as Uprising. The lyrics of this song refer to dumbed-down masses being controlled by higher powers, a theme that is often discussed by truthers. Here are the lyrics:

Paranoia is in bloom,
The PR transmissions will resume,
They’ll try to push drugs that keep us all dumbed down,
And hope that we will never see the truth around
(So come on)
Another promise, another scene,
Another packaged lie to keep us trapped in greed,
And all the green belts wrapped around our minds,
And endless red tape to keep the truth confined
(So come on)

Rise up and take the power back,
It’s time the fat cats had a heart attack,
You know that their time’s coming to an end,
We have to unify and watch our flag ascend

Another title of this album is entitled MK-Ultra, which describes mind control and how it is used on a large scale to control the masses. Here are the lyrics:

Since the release of Resistance, Muse enjoyed mainstream success, even partaking in the MTV Music awards and the Illuminati ritual that was the 2012 Olympics Ceremonies. The band’s acceptance into the music business seems to have modified its message, turning it into something that is more in line with the rest of mainstream media. In a recent interview with Metro, lead singer Matt Bellamy stated that he did not believe that 9/11 was an inside job anymore – rallying himself with the official version of the story. Did the music industry get to him?

Muse‘s Matt Bellamyhas revealed that he no longer thinks the terrorist attacks which were carried out on the World Trade Center on September 11 were an “inside job”.Previously, the frontman had claimed that there was “massive evidence” to support theories that US authorities had either allowed the attacks to take place or had made them happen. In a 2006 interview with CMU, he stated: “There was a document called ‘Project For The New America Century’… which clearly says, ‘We need a Pearl Harbour-level event so we can have an excuse to invade the Middle East’.”

Speaking to the Metro, however, Bellamy said that his political views were “more nuanced now” and that he no longer believed in conspiracy theories surrounding the tragedy.

He said: “I don’t believe that any more, although there are lots of questions to be answered.”

He went on to add: “I still read a lot about political history, the influence of corporations and the military, but I make sure I’m reading from credible sources. I think my political views are a bit more nuanced now.”Discussing the band’s plans for their forthcoming tour dates, meanwhile, he revealed: “We have a symbolic upside-down pyramid suspended over us as we play. It will screen videos and images that relate to the songs. At some point, the pyramid will turn inside out and consume Dom ‘s drum kit. Then Dom becomes a ninja who starts battling with corrupt businessmen… I’m serious. That’s not a joke.”

Britney Spears Forced to Stay Under Conservatorship Due to “Psychological Issues”