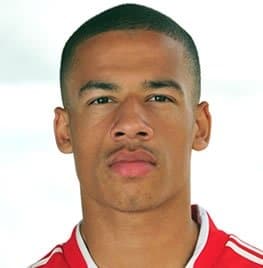 Nathan Eccleston, a striker for Liverpool is under investigation after posting on Twitter his views on 9/11. The 20 year old player posted:

“R.I.P all 9/11 victims my thoughts are with their family’s and all those that was affected by this tragic accident!”
“I ain’t going to say attack don’t let the media make u believe that was terrorist that did it. #OTIS.”

OTIS is said to stand for Only the Illuminati Succeed (isn’t that the name of Jay-Z and Kanye West’s single?). After receiving some backlash from appalled fans, Eccleston replied:

“If you don’t like what I have to say un follow me!! Some things get took way out of context.”

He is now “under investigation” and might suffer dire consequences for daring to voice an opinion in a country that supposedly guarantees free speech. Here’s an article from the BBC on the subject:

Liverpool are investigating striker Nathan Eccleston for comments on Twitter that suggested the 11 September attacks were not the work of terrorists.

A tweet that has since been taken down said: “I ain’t going to say attack don’t let the media make u believe that was terrorist that did it. #OTIS.”

OTIS reportedly stands for Only the Illuminati Succeed.

The 20-year-old has made nine first-team appearances for Liverpool.

A club statement said: “The club takes this matter extremely seriously and senior club officials have informed Nathan Eccleston that we are undertaking an investigation into the circumstances surrounding these postings and will decide on an appropriate course of action.”

Eccleston, who has over 39,000 followers on the social-networking site, has since tweeted: “If you don’t like what I have to say un follow me!! Some things get took way out of context…”

The Manchester-born striker has spent time on loan at Huddersfield Town and Charlton Athletic, and has played for the England Under-17 team.

Eccleston’s injudicious tweet is far from being the first time a professional sportsman has got into trouble through their use of social media – earlier this year former Liverpool player Ryan Babel was disciplined for tweeting an image that implied refereeing bias.

In another example, England cricketer Tim Bresnan rowed with a follower in 2009.

And according to a social media expert, clubs will have to bring in more stringent frameworks to cover players’ use of Twitter and similar sites.

“Clubs need to behave like brands and put proper governance in place to dictate how the players – their employees – behave,” Simon Rutherford, managing director of Cubaka:Social told BBC Sport.

“The club has a reputation to protect and in this case, with American owners, there needs to be an understanding of what you can and cannot say. The player’s bio says that he is a footballer for Liverpool so that is why he gets so many followers, He therefore has a duty towards them in what he says.

“Players need to realise just how damaging a tweet can be, even if they hit the delete button, as he did in this case, someone will have a screenshot and it will be all over the internet. Clubs already give their players media training and increasingly we’ll see that include use of social media.”

And of the potential for clubs to ban players from using Twitter, Rutherford added: “That would be an extreme form of governance and if a club decided that the best way to protect its brand was to stop tweets then they could impose it.

“However [they would be better served] trying to embrace the medium and using it to get their message across.”

Here’s an article from CBS about the same inflammatory tweet.

UK player: Terrorist not behind 9/11 “accident”

Shortly after the killing of Osama bin Laden, American football player Rashard Mendenhall caused an uproar when he took to Twitter to cast doubt about what really happened on Sept. 11, 2001.

The Associated Press reports that Liverpool is investigating striker Nathan Eccleston for comments he posted on Twitter regarding 9/11. One of the tweets read: “I aint going to say attack don’t let the media make u believe that was terrorist that did it.”

He also made a reference to O.T.I.S., which can mean Only the Illuminati Succeed. (Conspiracy theorists believe the Illuminati steer governments and corporations to essentially control major events worldwide.)

The tweet followed another posting in which he called the attack an “accident.”

“R.I.P all 9/11 victims my thoughts are with their family’s and all those that was affected by this tragic accident!” Eccleston wrote.

A young soccer player overseas tweeting about 9/11 is not likely to raise as many eyebrows in the U.S. as Mendenhall did – except for two things. One, Ecclestone posted his comments when emotions were running high in America – on Sunday, the 10th anniversary of the attacks. Two, Liverpool’s principal owner is John Henry, who also happens to own the Boston Red Sox.

“The club takes this extremely seriously,” Liverpool said. “Senior club officials have informed Nathan Eccleston that we are undertaking an investigation into the circumstances surrounding these postings and will decide on an appropriate course of action pending that inquiry.”

Mendenhall lost a lot of public support – and a sponsorship deal – for his comments. We’ll see what consequences, if any, Eccleston will face.

Since I don’t have a sponsorship deal and there’s no rich American owner signing my checks, I’ll say it: 9/11 was an inside job… Whut?