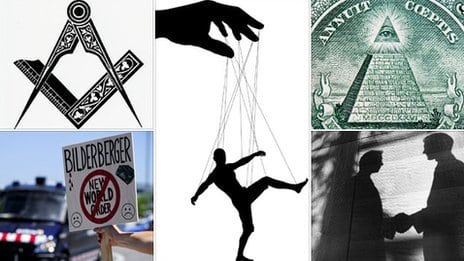 Due to the exposure brought by alternative media, the Bilderberg group stopped enjoying the media blackout it once had. David Rockefeller said during the 1991 Bilderberg meeting held in Baden, Germany:

“We are grateful to the Washington Post, The New York Times, Time Magazine and other great publications whose directors have attended our meetings and respected their promises of discretion for almost forty years.”

It would have been impossible for us to develop our plan for the world if we had been subjected to the lights of publicity during those years. But, the world is now more sophisticated and prepared to march towards a world government. The supranational sovereignty of an intellectual elite and world bankers is surely preferable to the national auto-determination practiced in past centuries.”
– David Rockefeller, Bilderberg meeting 1991

Now that the cat is out of the bag, mass media have no choice but to report these meetings which, after all, include the world’s most powerful businessmen, politicians and intellectuals. However, instead of accurately reporting the activities of the event (i.e. the attendees, the topics discussed, etc.) the only articles referring to the meeting are condescending, borderline insulting, disinfo pieces such as this one from the BBC. The overall tone of the article screams out “non-objective propaganda”. Compare this article with the “25 Rules of Disinformation” described in this article and judge for yourself.

Some of the article’s features:

So enjoy what is nowadays called “journalism”.

Bilderberg mystery: Why do people believe in cabals? 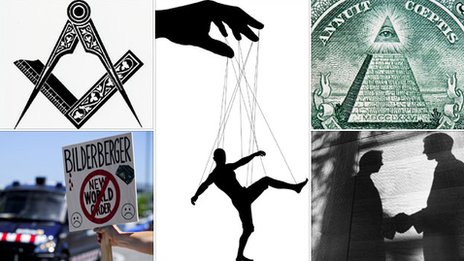 Ordinary people can only guess at the goings-on at the meetings of the secretive Bilderberg Group, which is bringing together the world’s financial and political elite this week. Conspiracy theories abound as to what is discussed and who is there. Why, asks Tom de Castella?

The belief in secret cabals running the world is a hardy perennial. And on Thursday perhaps the most controversial clandestine organisation of our times – the Bilderberg Group – is meeting behind closed doors.

In the manner of a James Bond plot, up to 150 leading politicians and business people are to gather in a ski resort in Switzerland for four days of discussion about the future of the world.

Previous attendees of the group, which meets once a year in a five-star hotel, are said to have included Bill Clinton, Prince Charles and Peter Mandelson, as well as dozens of company CEOs.

First meeting in 1954, the aim was to shore up US-European relations and prevent another world war. Now under the group’s leadership of former US Secretary of State Henry Kissinger and one-time EU vice president, Viscount Davignon, the aim is purportedly to allow Western elites to share ideas.

But conspiracy theorists have accused it of everything from deliberately engineering the credit crunch to planning to kill 80% of the world population. Longtime opponent and US radio host Alex Jones, heckled one meeting through a megaphone: “We know you are ruthless. We know you are evil. We respect your dark power.”

Part of the reason for alarm is the group’s secretive working methods. Names of attendees are not usually released before the conference, meetings are closed to the public and the media, and no press releases are issued.

The gnashing of teeth over Bilderberg is ridiculous, says Times columnist David Aaronovitch. “It’s really an occasional supper club for the rich and powerful,” he argues.

Denis Healey, co-founder of the group, told the journalist Jon Ronson in his book Them that people overlook the practical benefits of informal networking. “Bilderberg is the most useful international group I ever attended,” he told him. “The confidentiality enabled people to speak honestly without fear of repercussions.”

So why do groups like this cause so much alarm? Aaronovitch, who wrote the 2009 book Voodoo Histories, says plots to install a new world order have traditionally been a conspiracy fantasy. “They tend to believe that everything true, local and national is under threat from cosmopolitan, international forces often linked to financial capitalism and therefore, also often, to Jewish interests.”

Secret cabals extend beyond the Bilderberg Group. The Illuminati, which derives from a 16th Century Bavarian secret society, is alleged to be an all powerful secret society, including US presidents, that has controlled major world events. The Freemasons – famous for their peculiar handshakes – is a secret fraternity society that has become more open in recent years after extensive criticism.

The charter of Hamas – the Islamist party governing Gaza – asserts that the Freemasons are in league with the Jews and those unlikely bully boys – the Rotary Club – to undermine Palestine.

John Hamill, spokesman for freemasonry’s governing body in England and Wales says the organisation is aware of Hamas’s allegation.

“There’s no truth in it, freemasonry is apolitical. It probably arises because one of our ceremonies is about the story of King Solomon’s Temple. For some reason Islamic governments translate that into Zionism.”

In fact, many conspiracy theories surrounding cabals hint at an anti-Semitic worldview. The Protocols of the Elders of Zion was a forged document, probably created by agents of Tsarist Russia, which appeared to show a Jewish plot to take over the world.

Despite being proved to be a fraud, the idea has been kept alive by anti-Semites and has spawned later versions. One of those, the Zionist Occupational Government, argues that countries have puppet governments but that the real power is held by Jewish interests.

There is obviously no right-wing monopoly on conspiracy theories. During the Monica Lewinsky scandal, Hilary Clinton blamed a “vast right-wing conspiracy” for her husband’s predicament. And more recently, some on the left have argued that the 9/11 attacks were organised by President Bush’s inner circle in order to invade Afghanistan and Iraq.

The politics of cabals has always been pretty muddled, says James McConnachie, co-author of the Rough Guide to Conspiracy Theories. These groups allow protesters to project their own fears onto them.

In the US, the most extreme fear over Bilderberg is of a hidden cabal run by the European Union and threatening American freedoms. In Europe, the view is often of a free market elite trying to push through a right-wing agenda.

“Conspiracy theories are quite blind to conventional notions of left and right,” says McConnachie. “The left is organising an international government. Meanwhile, global capitalism on the right may be doing the same thing by different means.”

For Aaronovitch what often triggers widespread cabal theories are moments of great upheaval.

“It happens a lot when times are changing significantly. Whether, oddly, they are changing for better as well as for the worse. Why did McCarthyism happen at the time when US economy was growing faster than at any time in history?”

Society was in flux, the economy expanding rapidly and millions of servicemen were coming back from the war.

It’s not just the about social context. Some people are more susceptible than others to believing in wacky cabals, says Prof Chris French, of Goldsmith College’s psychology department. “It’s people who tend to be alienated by the mainstream, who feel powerless. They have a need to have a sense of control.”

Not only do they not trust the government, they tend not to trust their neighbours either. And in the need for control, there may be links to the roots of religious belief, he says.

The conspiracy theorists may get overexcited but they have a point, says Prof Andrew Kakabadse, co-author of new book Bilderberg People.

The group has genuine power that far outranks the World Economic Forum, which meets in Davos, he argues. And with no transparency, it is easy to see why people are worried about its influence.

“It’s much smarter than conspiracy,” says Prof Kakabadse. “This is moulding the way people think so that it seems like there’s no alternative to what is happening.”

The agenda the group has is to bring together the political elites on both right and left, let them mix in relaxed, luxurious surroundings with business leaders, and let the ideas fizz.

It may seem like a glorified dinner party but that is to miss the point. “When you’ve been to enough dinner parties you see a theme emerging,” he says. The theme at Bilderberg is to bolster a consensus around free market Western capitalism and its interests around the globe, he says.

“Is this all leading to the start of the ruling the world idea? In one sense yes. There’s a very strong move to have a One World government in the mould of free market Western capitalism.”

Conventional critiques of alienated people seeking order in a chaotic world may well be true. But there’s more to it than that, McConnachie argues.

“The other explanation is more dangerous. That they are precisely right – they just over-egg the way they articulate it.”

The Bilderberg Group matches up to how a global conspiracy would work – a secretive body attempting to shape the direction of the world, he suggests.

“The only difference is the degree of nefariousness,” he says. “They tend to see this cabal as outright evil. When things are more nuanced than that.”

For all the tales of lizards running the world, we all owe a debt to conspiracy theorists, McConnachie argues.

“Occasionally you have to give credit to conspiracy theorists who raise issues that the mainstream press has ignored. It’s only recently that the media has picked up on the Bilderbergers. Would the media be running stories if there weren’t these wild allegations flying around?”

But Aaronovitch disagrees. Believing in cabals leads to certain groups being victimised and obstructs a rational view of the world.

“To have a strong belief in the Bilderberg Group means believing in a fantasy,” he says. “It suggests that there are people – like God – acting as a higher power. And it replaces the intolerable thought that there’s nothing at work at all, that the world is chaotic. It may be a form of therapy but it has people believing in an anti-scientific message.”

Related Topics:bilderbergdisinfoLatest news
Up Next

The 25 Rules of Disinformation