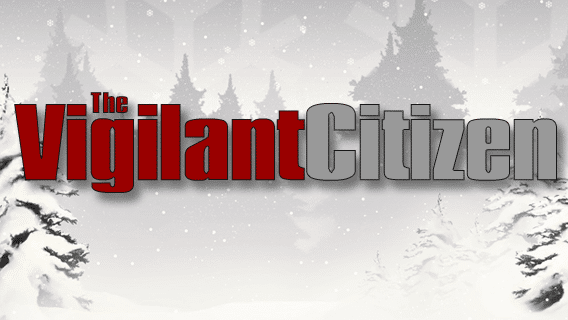 At the beginning of 2013, I told myself: “This year should be interesting”. Well, I was wrong. The word “interesting” was not an appropriate word to describe 2013, even if it was meant sarcastically. Looking back at the events that happened this year, the best word I can think of is “foul”. 2013 started in the aftermath of the Sandy Hook shooting and things only got fouler.

In 2013, the world discovered the mind-boggling extent of government surveillance by the NSA. Mainstream news reported what “alternative” news were reporting for years: The NSA is an ever-expanding, Big Brotherish monster that collects and archives the personal data of all U.S. citizens, and pretty much everyone else too. Although these revelations did not cause much visible outrage, it was a gigantic cold shower that fell on freedom-loving people across the world. Everything that “paranoid conspiracy theorists” were claiming was true – and then some. Faith in freedom and democracy is fading like the ink on the Bill of Rights.

In order to forget these depressing facts, the masses turned to mind-numbing entertainment, the same way a wounded person turns to pain-numbing medication. And who was the most influential figure in the entertainment world this year? Miley Cyrus. Yup. That’s how foul 2013 was. Damn Hannah-Montana-turned-MK-sex-kitten was the most influential person in entertainment. But there were plenty of other events that proved that the elite Agenda is becoming too obvious to ignore.

Throughout the year, I attempted to decode and analyze the various events, videos, movies, and images that were thrown at us by mass media. By analyzing specific bits of media, I try to highlight their inherent manipulation and to help readers paint a much broader picture of what is happening in the world. Mass media is propaganda – but it is not trying to sell you on an ideology or a political view. It goes much deeper than that. It is about affecting the mind, the body, and the soul. It is about turning humanity into a debased, confused, and malleable mass of lost souls. It is about exposing and desensitizing minds to foul aberrations. It is about selling demoralization disguised as empowerment. It is about turning disgusting things such as pedophilia into something normal. It is about making you scared, insecure and unsatisfied. In short, mass media is poison. And that poison is everywhere.

I’m sorry. I really am. But even if my assessment is depressing, I am not depressed. And you shouldn’t be neither. Why? Because, although everything I described is horrible, it is all the result of a fake, artificial creation. The goal of mass media is to amplify things to create the illusion of importance. It is meant to manipulate and it works best when the subjects do not even realize that they are being manipulated. But we do know. Vigilant citizens around the world know that this is all just noise, meaningless noise meant to disrupt our thought process. Thankfully, we can shut that noise off and banish it from our minds.

Just because something is communicated to us doesn’t mean we need to accept it. In fact, we don’t even need to listen to it. The System needs us to exist, but we don’t need it. Furthermore, as we recognize the foulness of the System, we must be wise enough not to “feed” it further with our fear, anger, or hate. For our own sake, we must turn our backs to it completely and head towards what is true and pure. We must devote our lives to the things that make us happy, healthy, and complete. As I try to point out every year, we are made to enjoy nature, the company of our loved ones, and to stimulate our minds.

In a world that wants us to be angry, bitter, selfish and vile, I realized that the truest form of rebellion is uncompromising righteousness. In this day and age, I believe that a true rebel does not run the streets with a weapon yelling stuff. True rebels live the life they believe is right, no matter the consequences. Those in power do not fear some random person with a weapon. They can easily control that. Those in power fear those that are not corruptible, not buy-able, not brainwash-able, and not scare-able. And that is what being a Vigilant Citizen is all about.

This year again, I’d like to thank all of you for your incredible support. Thank you for taking the time to read my articles; Thank you for commenting on every article; Thank you for sending me heart-warming messages, symbolic pics, and interesting links; Thank you for submitting articles in the VC Community and thank you for spreading the word. We are making a difference and the world is taking notice. Happy holidays to you and yours.

The Hidden Life of the Kennedys : The Elite Dynasty That Got Decimated (Pt. I)

The Mysterious Case of Elisa Lam