In this edition of SPOTM : Justin Bieber, Selena Gomez, Bill Cosby and further proof that the fashion world is sick in the head. 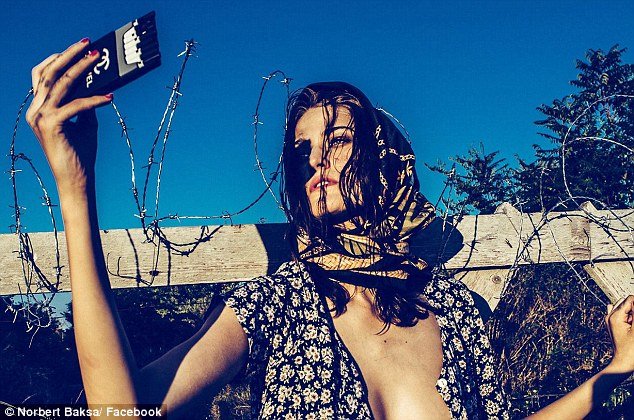 I will never repeat it enough: The fashion world thoroughly enjoys human pain, misery and suffering. It celebrates, glorifies and even sexualizes it. Cherry on the Sunday : That pain is also used to sell high end fashion products to people who live extremely comfortably. This photoshoot by Norbert Baska features women in refugee camps, looking miserable yet sexual (complete with strategic nudity) while wearing expensive designer clothes. In this picture, the refugee is (believe it or not) taking a selfie using a smartphone with a Coco Channel case. 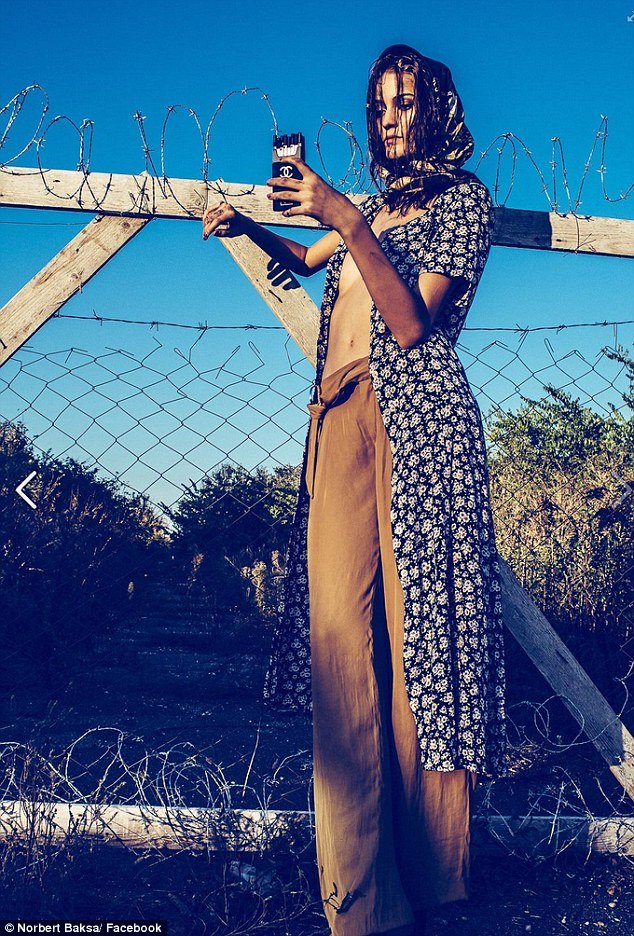 Combining the animal-like state of people in barbed-wired camps with the opulence and superficiality of the fashion world trivializes and normalizes human suffering.

Depicting the migrants with luxury items and, in this case, a near upskirt angle, is a sly way of saying that the sick people in the fashion world get physically excited at the sight of pain and suffering.

Showcasing a very expensive handbag while standing under a LED lamp with movement sensor.

The photoshoot ends with police dragging the models away – while making sure that the situation is as sexy as possible. In short, this was about the occult elite taking pleasure in witnessing misery, control and oppression.

On the cover of his new album “Purpose”, Justin Beiber looks as if he’s praying (although his hands are more in the shape of a triangle versus the usual palm to palm “prayer hands”). There is however a big, white inverted cross painted right on him. The industry enjoys ridiculing his faith.

Azelia Banks posted on Instagram a tarot card on which is written “Son of the Morning” which is a reference to Lucifer. She really wants to be part of the occult elite’s system.

Another month, another MK-inspired Miley Cyrus Instagram pic. In this pic: Butterflies in her hair (Monarch programming), sucking her thumb as if she was broken down to the state of an infant and showcasing her triangle and all-seeing eye tattoos.

Katy Perry in Sunday Times is all about transhumanism : Her body parts are being removed and replaced by robot parts (a good way to portray industry-controlled pop stars).

As usual, a bunch of pics featuring the one-eye sign popped up everywhere in the last few weeks. Here’s Selena Gomez reminding us who is controlling her.

Gomez doing it again, in the same photoshoot.

The poster for the new Hunger Games movie features a prominent one-eye sign indicating that the movie is part of the Agenda.

On this cover of Ebony magazine, there’s a hole right on Bill Cosby’s eye. Is this a way of saying that the revelation of Cosby’s dark side was “allowed” by the occult elite? Did he fall from their grace?

The Italian actor Francesco Formichetti also needs to do that sign.

Adele is back and she is celebrating her comeback with a one-eye sign on the cover of i-D. Some might say: “All of the people on the covers of i-D magazine hide one eye”. Yes, indeed.

The one-eye sign is also on designer clothes, because it has to be considered hip and coo. This Alexander McQueen design (a favorite brand of the occult elite) features an Egyptian pharaoh doing it.

This Time magazine cover is far from new – it dates from 1997. The one-eye sign on it tells us that the message on the cover is basically an elite-sponsored warning, predictive programming telling people where society is heading. Almost 20 years later, this cover is truer than ever.

Speaking of predictive programming in the news, here’s a headline from CBC confirming that the elite is continuously squeezing out the masses from any kind of resources. With slogans such as “We are the 99%”, the masses are basically accepting and acknowledging the situation and are confirming their place status in the world. In short, it is about legitimizing the current social order as the elite wants the world to head towards a New World Order.