Viktoria Modesta is a singer who had her left leg amputated below the knee in 2007. The video “Prototype” uses that disability sends out a twisted message to the viewers. No, the video is not about “empowerment”. It is about the exact opposite: The elite’s control over the masses and the entertainment industry.

Viktoria Modesta is the new face of Channel 4’s “Born Risky” campaign, which is basically an attempt to be daring and shocking with themes such as disabilities and homosexuality. The British television broadcaster paid more than £200,000 to play a shortened version of Viktoria Modesta’s video Prototype during the X Factor final, reaching more than 10 million viewers. It then became a viral sensation. The video was marketed as a “cure” to the “painfully dull manufactured pop” of X-Factor. Apparently, that “cure” is to produce the same crap produced by every other pop artist … but with a prosthetic leg that’s pointy … and sometimes shiny. So groundbreaking.

Channel 4 is actually another arm of the ugly monster that is mass media. All marketing buffs know that young people like things that are rebellious, so the people behind Modesta packaged the same insipid pop we’ve been hearing for years as being revolutionary. Behind that “rebellion” is a twisted way to push the elite’s ongoing agenda. It is indeed in perfect continuity with the themes often discussed on this site: The promotion of transhumanism, the police state, mind control of artists, media propaganda and so forth.

However, most people will be distracted by Modesta’s pointy leg. And if someone dares question her “modest” talent, those who are drowning in political correctness reply: “How dare you criticize her? Can’t you see she’s differently-abled? That means that everything she does is good. And courageous. And uplifting. I am so inspired by her right now. Wow.”

I’m sorry, but the fact that she has a prosthetic limb doesn’t mean she is not an Illuminati puppet. Because she is. The lyrics of the song and the visuals of the video cannot be clearer … unless you’re distracted by that pointy leg.

The video begins with words that prepare you for a phenomenal revolution in the world of music. 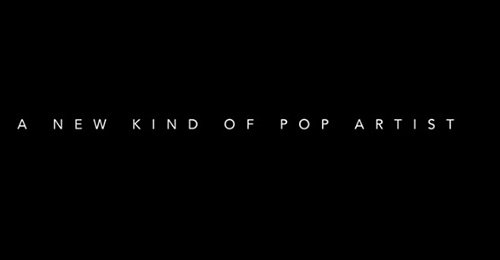 A new kind of pop artist?? Wow! I can’t wait to see this!

Turns out the pop artist has a pointy leg.  *cough*

The first scene of the video lets us know that Viktoria is not a “new kind” of anything, she is yet another puppet pushing the same agenda as the dozens of others before her. She is surrounded by those who secretly control her.

Viktoria sits on a throne while three men in red robes surround her. One of them holds a syringe.

Sit back for a second and ponder on the implications of the scene above. In a setting that is somewhat mystical and ethereal, Viktoria is surrounded by three men in red robes. Who are they? Do they represent the shady elite behind the entertainment industry? Perhaps. One of them holds a needle and injects her with some sort of drug. Viktoria then seems to relax and zone out. So right from the start, we are told that Viktoria is controlled by shady people. Not only contractually, but physically.

Beyond the mind-control subtext of it all, the song is about transhumanism, which is the movement towards merging humans with robots. As I stated in various articles, transhumanism is an integral part of the elite’s Agenda. It is continuously promoted as “the way of the future” in music videos and movies.

The message of the song is basically about humanity being robotized and computerized – and that it is the way of the future. Here’s the first verse:

Another life, filled with parts
Circuit board, connecting hearts
Nostalgia for the future
We’re playing God
And now’s the time
We’re limitless, we’re not confined
It’s our future

The second verse features Viktoria telling her handlers to “assemble” her as if she was a robot. Is that a positive message? No, this is what a mind-controlled slave would tell her master.

Assemble me, piece by piece
Strip away the incomplete, the model of the future

After we witness Viktoria being literally drugged and controlled by shady characters, she is then released to the world and, through mass media propaganda, she is perceived as a hero.

The Elite’s Pawn as a Hero

Viktoria’s image is then used to influence people of all ages. And that influence doesn’t appear to be positive at all. We first see a little girl watching a Viktoria Modesta cartoon and being literally brainwashed by it:

A Viktoria Modesta cartoon on TV. Rebels do no create cartoons to influence young minds. The totalitarian elite does.

The little girl then grabs a doll that, oddly, has an empty head. Does it represent the ignorant masses?

Directly imitating what she is seeing on TV, the girl pries the leg off of this poor doll.

Why is the girl doing that? How is that positive? But that’s not all!

The little girl then starts stabbing another doll with that one leg.

In short, the cartoon’s only true effect on the girl is that it made her violent and destructive. We later see her kicking the TV set.

Towards the end of the video, the girl’s mother comes in and holds her tight while giving a look at the TV saying “What did you do to my child, you devil whore?”

Cartoon Viktoria then creepily winks at the mother, as if saying: “You can’t stop me.”  Added bonus: Illuminati one-eye sign.

Viktoria does not only influence little girls. Other people are also under her weird spell and their reaction is always somewhat negative.

This guy is getting a tattoo of Viktoria but he seems confused, depressed and in pain while doing it. He does not seem to know why he is actually doing it.

A schoolboy vandalizes a perfectly good desk with the Viktoria symbol. His teacher then looks at him in horror.

Later in the video, Viktoria is shown the picture of a guy who actually cut his leg off to be like Viktoria. This guy is the biggest idiot in History. And he’s probably dead now due to massive blood loss.

How is cutting your own leg off positive in any way? It is self-mutilation and self-destruction. That is the effect of Viktoria’s “movement” on people. And that is also what, on a subtler level, mass media does to our brains.

But how can we not admire her? She is sooo cool. Not only does she have a pointy leg, she finds the time to have bi-sexual relations with albino people. So edgy.

“Assembled” by her handlers, this “prototype” is also made to be a sex kitten, like the majority of female pop stars.

Viktoria is then arrested by a Gestapo-style secret service police, who also beat the crap out of the albino guy. She is then taken to a courtroom with a symbolic setting.

Three red laser beams intersect to form a triangle. Viktoria sits at the top of it, effectively forming the “All-Seeing Eye” of that triangle.

At the very beginning of the video, Viktoria was sitting on a chair while three men dressed in RED attended to her. She is now surrounded by three red lines. The lines, therefore, symbolize her being “protected” by the elite.

At the very end of the video, we see a pyramid made from red laser beams. It represents the occult elite.

When the agent asks Viktoria: “What do you plead?”, she uses her shiny leg to refract the beams on the agent’s face. It basically says: “You have no power over me, I am sent by your superiors.” In short, the “trial” is a sham. They all work for the same elite.

The video ends with a scene that is almost unbearable. Viktoria walks around with a pointy prosthetic limb on a floor made of glass. The result is as pleasing as hearing nails slowly dragging across a chalkboard. The ending also reminds us what this “pop star of the future” truly is. A puppet, wearing a beta kitten mask.

Hanging by two strings, Viktoria bounces and twirls around. Like a puppet.

And that’s the real message of the video.

“Empowerment” means “to give power”. Prototype is about the opposite. Right from the beginning, Viktoria is visibly drugged, effectively losing power over her own mind and body. She sings about being “assembled” with robotic parts. Her fans are brainwashed by television and lead to do destructive things. Nobody in the video is empowered … except those who are behind Viktoria, silently profiting from the artificially created “movement” in the video.

Prototype is a typical mass-media product created by the elite. It is twisted, deceptive and misleading. It is not about empowerment, acceptance or any other BS buzzword they love to throw at us. Prototype is about the elite manipulating the masses using robotic “pop stars”. Remember that moron who cut his leg off to be like Viktoria? This is how they perceive you. Are you that moron? Or are you a Vigilant Citizen?

Related Topics:viktoria modesta
Up Next

The 2014 American Music Awards Were Littered With Illuminati Symbolism