The Flint Water Treatment Plant Foreman (an important part of the investigation) and a woman leading the Flint lead poisoning lawsuit were both found dead in less than a week.

Everything about the Flint water crisis is as toxic and disgusting as the water that is being pumped into Flint homes. From the crass negligence that allowed such an insidious thing to happen, to the lack of will to fix it in timely fashion – not to mention the obvious attempts at covering up the truth: The situation is poisonous. And that poison could easily spread across America.

This is not simply a water cleanliness issue. It is about allowing parts of America to devolve into toxic cesspools, where problems are “solved” with underhanded police-state tactics. In the span of a few weeks, crucial files mysteriously disappeared from the Flint city hall, the Water Treatment Plant Foreman died suddenly at age 43 and a woman leading the lawsuit against Flint was murdered in her home. 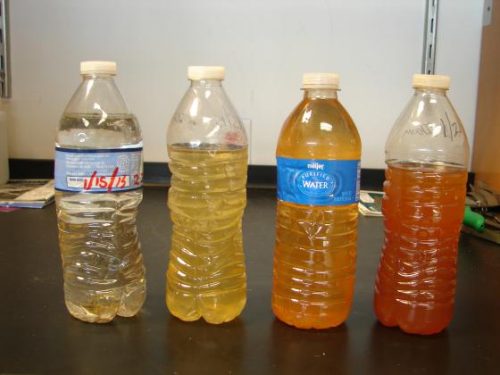 The Flint water crisis began exactly two years ago, on April 2014, when Flint changed its water source from treated Detroit Water and Sewerage Department water to the Flint River – to which officials had failed to apply corrosion inhibitors. Almost immediately, Flint residents complained about the water’s color, taste and odor. In the following months, numerous water issues arose, with little to no governmental action to fix them.

Far from taking decisive action, governments denied that the water was toxic.

While the local outcry about Flint water quality was growing in early 2015, Flint water officials filed papers with state regulators purporting to show that “tests at Flint’s water treatment plant had detected no lead and testing in homes had registered lead at acceptable levels.” The documents falsely claimed that the city had tested tap water from homes with lead service lines, and therefore the highest lead-poisoning risks; in reality; the city does not know the locations of lead service lines, which city officials acknowledged in November 2015 after the Flint Journal/MLive published an article revealing the practice after obtaining documents through the Michigan Freedom of Information Act.
– Robin Erb, Flint doctor makes state see light about lead in water

The net result is that over 10,000 children (mostly Black) were exposed to water contaminated with lead. Lead poisoning has devastating effects on the brain:

Childhood lead exposure causes a reduction in intellectual functioning and IQ, academic performance, and problem-solving skills, and an increased risk of attention deficit disorder, aggression, and hyperactivity. According to studies, children with elevated levels of lead in the blood are more likely as adults to commit crimes, be imprisoned, be unemployed or underemployed, or be dependent on government services.
– Julie Mack, Lead levels elevated for thousands of Michigan children outside of Flint 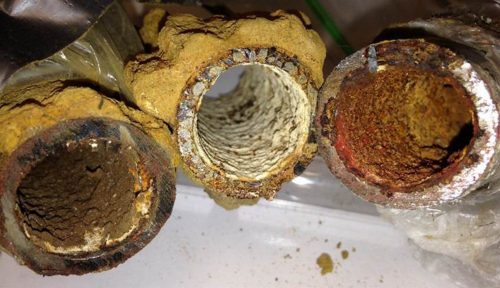 A massive investigation is now underway and lawsuits are being filed. And things are turning uglier.

Now that the federal government opened an investigation on the issue, news emerging from Flint are downright sordid.

First, in March, important documents went missing, the police openly admits that it was an inside job, and that the crime will most likely remain unresolved.

Days before the federal government opened an investigation into the Flint water crisis, someone broke into a vacant City Hall office full of documents related to the embattled Michigan city’s water system.

Nearly three months later, officials have confirmed that a TV went missing, but little else is known, according to the Flint Journal.

Without suspects or a firm handle on what else may have been swiped, authorities told the paper last week that the crime may remain unsolved.

No warrants have been issued in the case, but officials don’t shy away from speculative statements that stop just short of conspiracy theories.

“It was definitely an inside job,” police chief Tim Johnson told the Journal. “The power cord (to the TV) wasn’t even taken. The average drug user knows that you’d need the power cord to be able to pawn it.”

“It was somebody that had knowledge of those documents that really wanted to keep them out of the right hands, out of the hands of someone who was going to tell the real story of what’s going on with Flint water.”

Days before the federal government opened an investigation into the Flint water crisis, someone broke into a vacant City Hall office full of documents related to the embattled Michigan city’s water system.
– Washington Post, The mystery surrounding missing water files at Flint City Hall: ‘It was definitely an inside job’

On April 16th, Water Treatment Plant Foreman Matthew McFarland (who had been interviewed regarding the water crisis) was found dead at the young age of 43. Cause of death? Unknown. 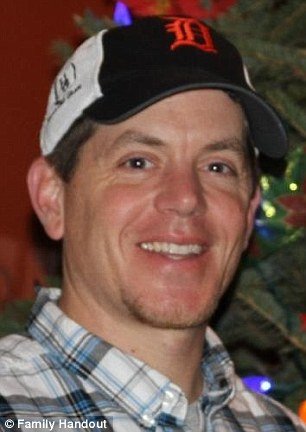 Already reeling from the news of criminal charges against one of its workers in the wake of the Flint water crisis, city workers are now dealing with the sudden death of a foreman at the plant.

Water Treatment Plant Foreman Matthew McFarland, 43, of Otter Lake died suddenly on on Saturday, April 16, according to his obituary.

The Lapeer County Sheriff’s Department said a friend found McFarland unresponsive at a home in Otter Lake. There were no signs of foul play.

An autopsy did not determine a cause of death and police are awaiting toxicology reports. The investigation remains open.

“My thoughts and prayers go out to Matt’s co-workers, his family and especially his children,” said Flint Mayor Karen Weaver. “He worked for the City of Flint for more than 18 years and we thank him for his devotion and service.”

“We all have been brought together by this water crisis and we are all mourning his death,” Weaver said in a statement. “In lieu of flowers, the family has expressed they would appreciate donations to establish a fund for (his children) Vance and Ella’s college expenses.”

Glasgow is accused of tampering with evidence when he allegedly changed testing results to show there was less lead in city water than there actually was. He is also charged with willful neglect of office.

Michigan Department of Environmental Quality employees Stephen Busch and Michael Prysby are charged with misconduct in office, conspiracy to tamper with evidence, tampering with evidence and violations of the Michigan Safe Drinking Water Act.

A few days later, a 19-year old woman leading the Flint water crisis lawsuit was found shot dead in her home. A culprit was arrested. Was he a patsy? 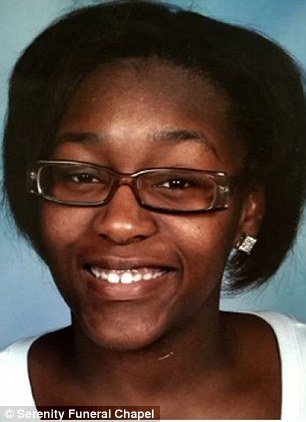 A woman at the center of a bellwether Flint water crisis lawsuit was one of two women who were shot to death inside a townhouse earlier this week.

Sasha Avonna Bell was one of the first of a growing number of people to file a lawsuit in connection to the Flint water crisis after she claimed that her child had been lead poisoned.

Bell was found dead April 19 in the 2600 block of Ridgecrest Drive at the Ridgecrest Village Townhouses. Sacorya Renee Reed was also found shot to death in the home.

An unharmed 1-year-old child was also found inside of the Ridgecrest home when Bell’s body was discovered and was taken into custody by child protective services. Police declined to confirm if it was Bell’s child discovered in the home.

“Sasha was a lovely young woman who cared deeply for her family, and especially for her young child,” said her attorney Corey M. Stern. “Her tragic and senseless death has created a void in the lives of so many people that loved her. Hopefully, her child will be lifted up by the love and support from everyone who cared deeply for Sasha.”

Bell’s case was one of 64 lawsuits filed on behalf of 144 children by Stern’s firm, New York-based Levy Konigsberg, and Flint-based Robinson Carter & Crawford.

The lawsuit named six companies that had various responsibilities with respect to the treatment, monitoring, and safety of the Flint water prior to and during the Flint water crisis, according to her attorneys. The case also named three individual government, or former government, employees who played significant roles in the alleged misconduct that led to the alleged poisoning of thousands of children in Flint, her attorneys claim.

The Bell case, however, played an important role in determining the future of the more than five dozen other lawsuits that were filed.
– mlive, Woman in leading Flint water crisis lawsuit slain in twin killing

Everything about this story is revolting and dirty facts are emerging from everywhere. However, mass media largely ignores this story. Those that do are flooded with comments about “tin foil hats” and “conspiracy nutters”. It is as if shills are paid kill that story online … or maybe that poisonous lead has already done its debilitating, mind-numbing job.

Elijah Wood About Child Abuse in Hollywood: “There is Darkness in the Underbelly”