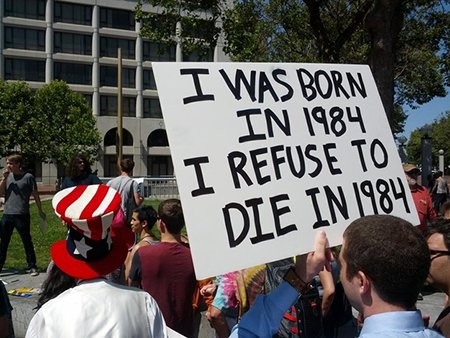 Going on the internet and typing about emergence of a Big Brother state is important as more people need to be aware about what is going on. Doing this can however become lonesome and even discouraging  – if absolutely nothing else is being done. So, when real live people took to the on Independence Day to demonstrate their outrage, it felt good. It felt good to see people young and old caring about the rights that are being taken away (to never being given back again) and doing something about it. While holding a sign on the street might not immediately fix the problem – that’s how it starts. Here’s my top 15 best “Restore the Fourth” signs (in no particular order). 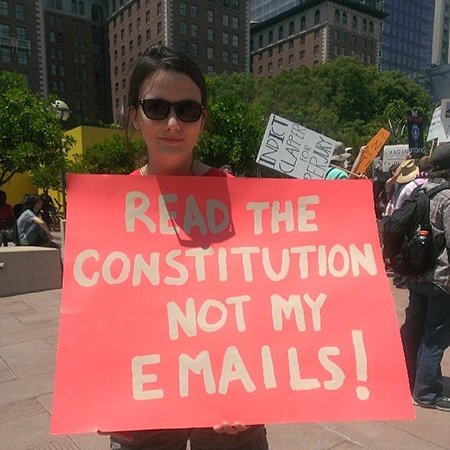 Yes, while the elite definitely needs a refresher course on the Constitution and what it stands for, they’d much rather gather all of the petty info they can get about you. 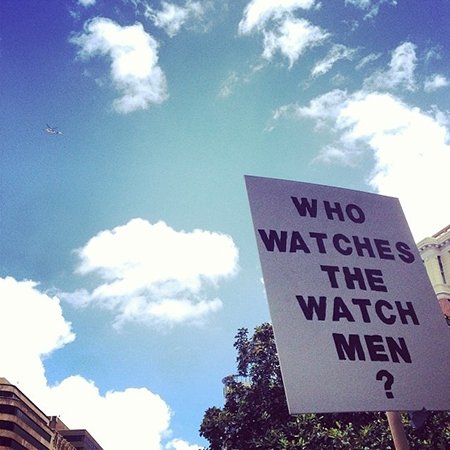 The artsy angle of this picture leads to profound reflection about the metaphysical side of things and also WTF IS GOING ON IN AMERICA AND THE WORLD? 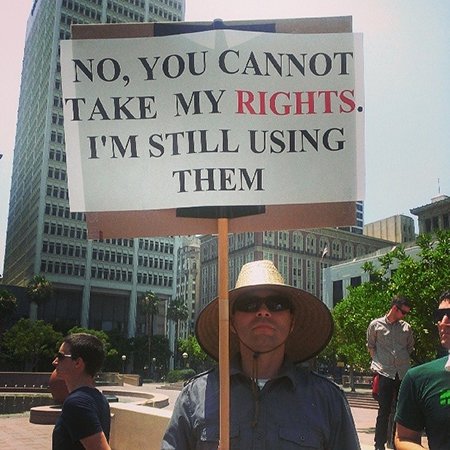 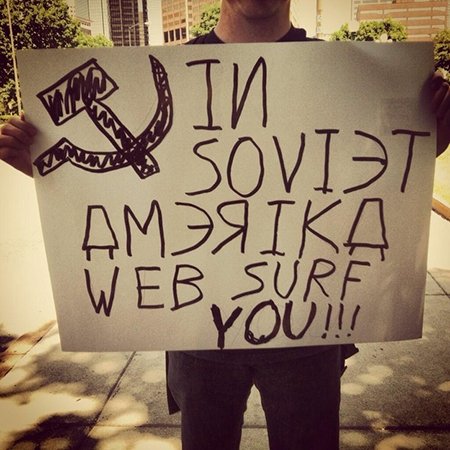 It is rather saddening to realize that the “home of the free” is actually worse than the oppressive regimes that were devilized by U.S. propaganda in the past decades. 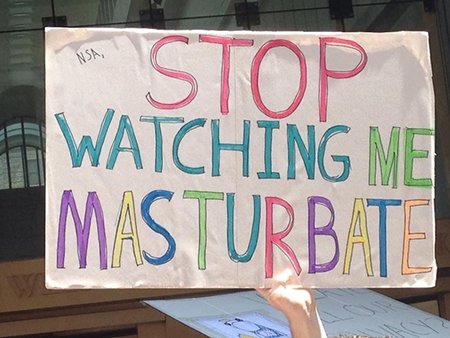 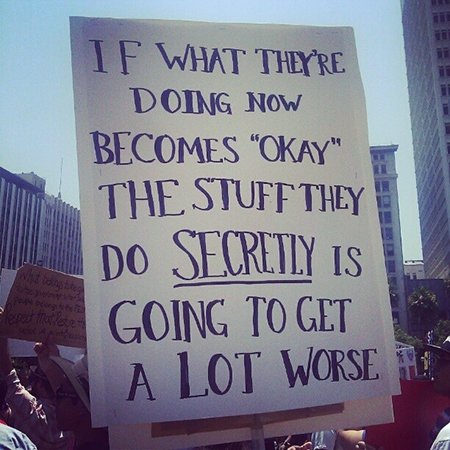 They say that for each rat you find, there are 50 you don’t see. Well…one rat was found. 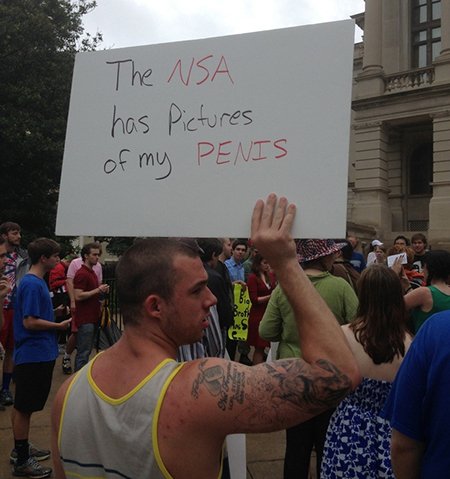 Pretty sure there’s a database of private parts associated with name and SIN number. All ready to use for blackmailing. 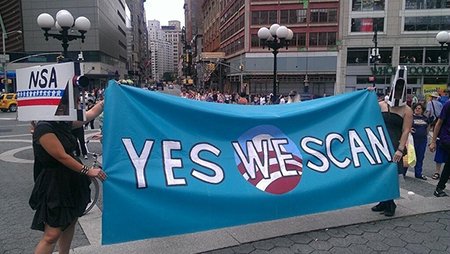 People were so hopeful when Obama replaced George W. Bush. These people didn’t know that the same corrupt elite is behind the scenes, pushing the same agenda it has been pushing for decades. 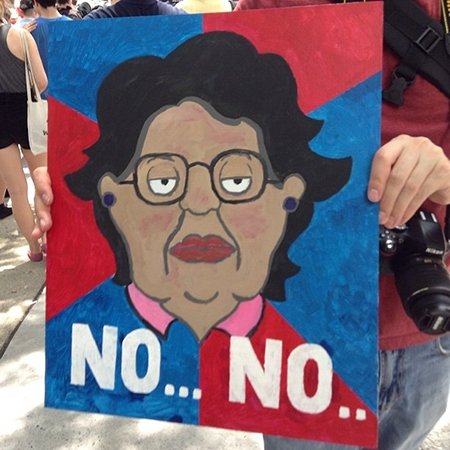 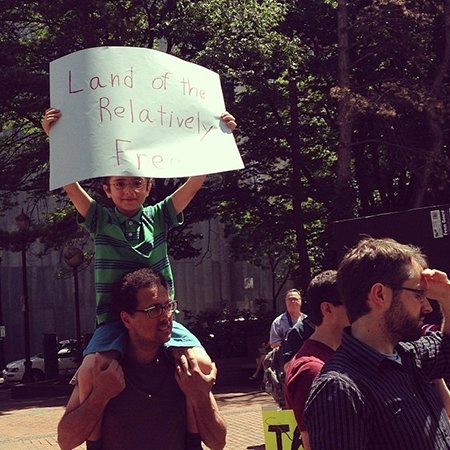 I hope this little guy won’t soon be holding a sign saying “Home of the NOT free”… Come to think of it, he probably wouldn’t be allowed to hold that sign anyways. 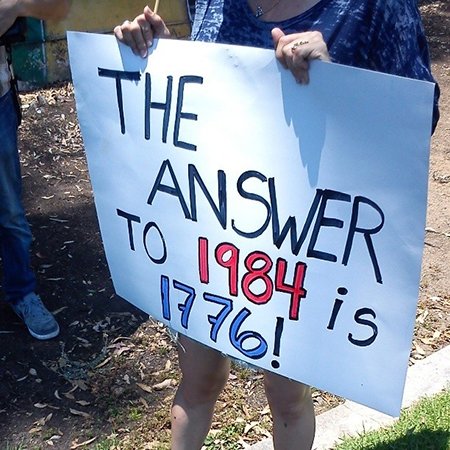 Gotta go back to the spirit that founded the country. 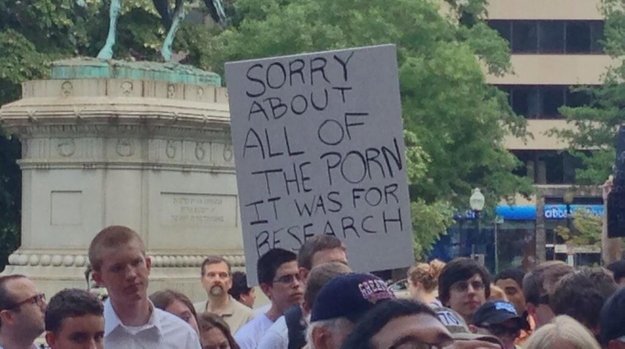 Funny, yet sad. So sad for America. 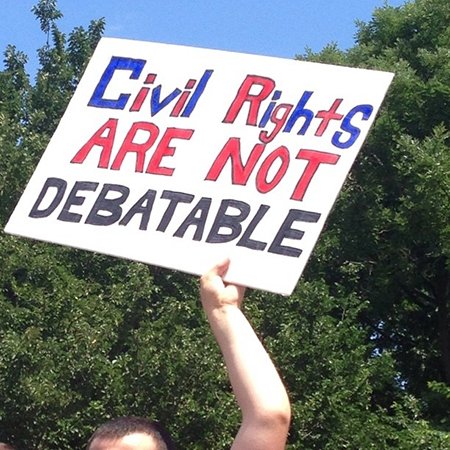 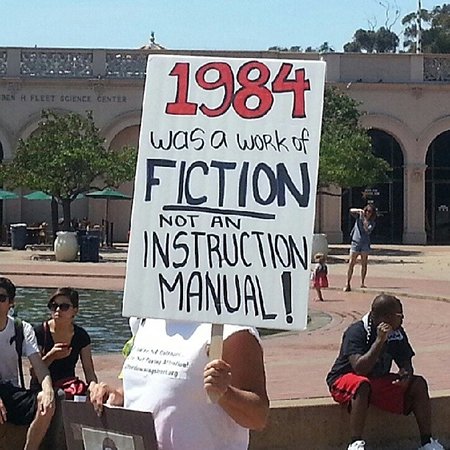 “1984 is novel about an oppressive police state. This person does not want to die in a society that resembles what is described in the novel.” – Captain Obvious